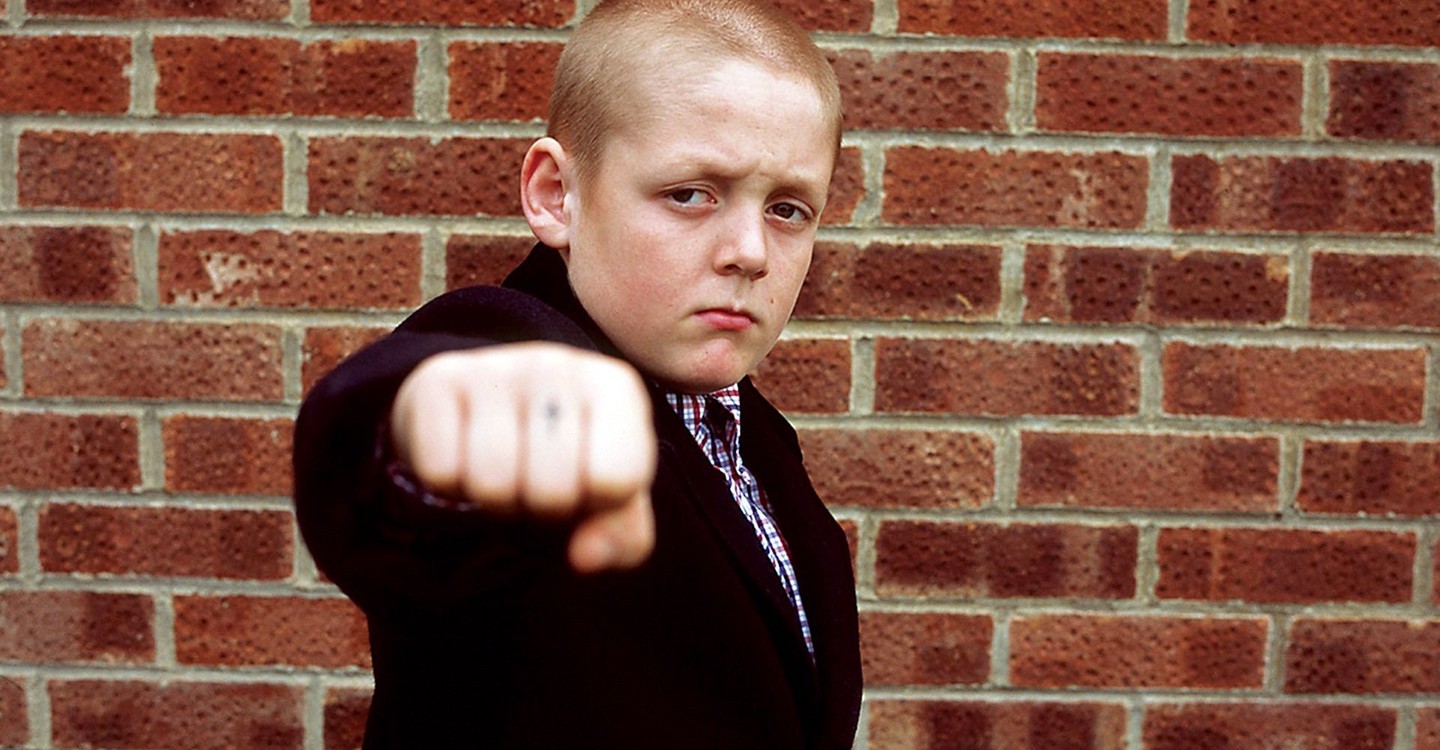 On the evening of July 27th 2012, Danny Boyle directed the London Olympics Opening Ceremony and it was in full swing. It was a night when everyone on that small island felt proud to be British. During the event, an endearing love letter to British cinema was amongst several stunning set pieces depicting local heritage and traditions. The ceremony gave nods to well-loved sagas including the Harry Potter and James Bond series, the likes of which the British Isles are most known for.

It was also indicated that the British have always been filmmaking pioneers, developing and innovating in areas such as cinematography, art direction and screenwriting throughout the history of cinema. Despite only being a small island, time after time it has created well-loved cinema capable of rivalling Hollywood films.

From the Golden era of the 1940s, several influential and important films were created by the likes of Carol Reed, David Lean, Alfred Hitchcock and Michael Powell, heading through to modern day masterminds such as Danny Boyle and those that found their breaks stateside, including Ridley Scott and Christopher Nolan. This includes a list of actors that continues to excel all expectations and dominate film on both sides of the proverbial pond.

Throughout history, they have engineered a diverse array of cinema including post-World War thrillers, romantic dramas, black comedies, independent horror and pulp gangster movies. The United Kingdom has a film scene like no other which is both rich and diverse, thanks to its technical wizardry and thriving talent pool. Here are 20 masterpieces of British cinema that anyone serious about film cannot afford to miss. 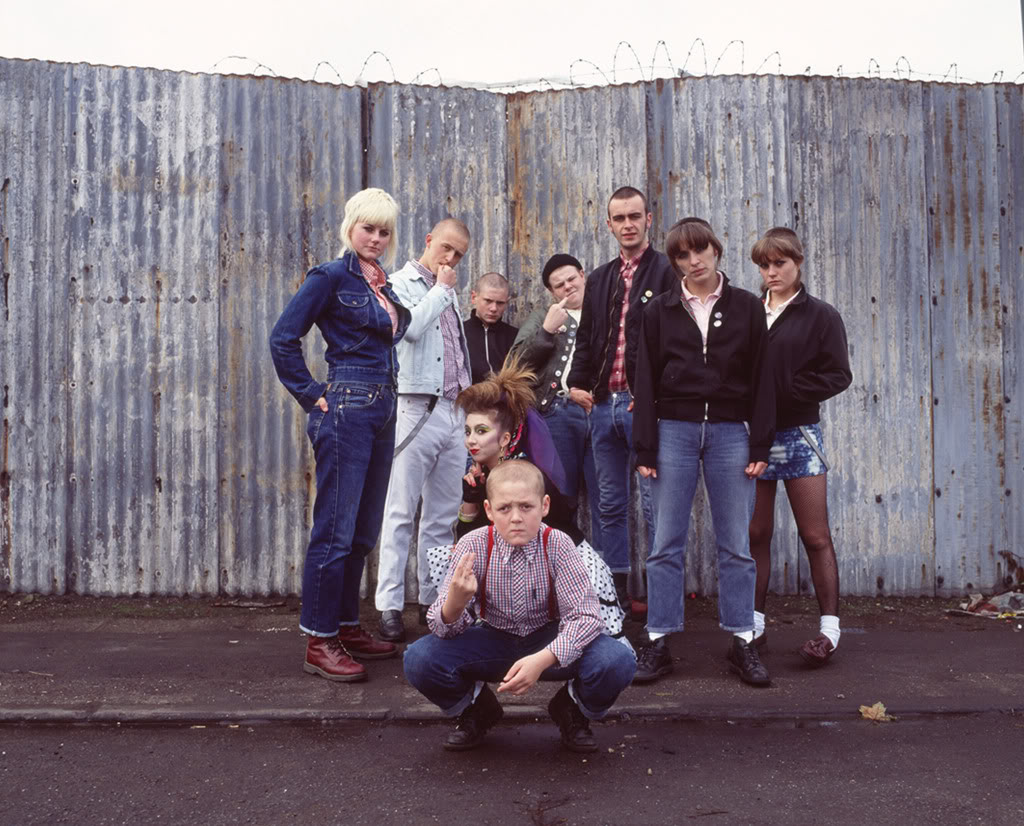 Director Shane Meadows’ 2006 drama is at first glance a “coming-of-age” story of growing up in early 1980s Britain, outlining the pressures revolving around trying to fit in, and the cultural and racial clashes within communities and problems that worryingly still exist in working class Britain today. “This Is England” tells the story of Shaun, played by newcomer Thomas Turgoose in his first film role, who is taken under the wing of a skinhead gang.

Delving into the roots of skinhead culture and how it has been claimed by white supremacy groups, this is a relentless and heartbreaking tale with career best performances by Shaun’s two peers within the group, Joe Gilgun as Woody and Stephen Graham as the terrifying Combo. Since the film’s release, three television miniseries have spawned, following the characters through the years into the 90s, which sends the story full circle, giving the saga an enormous following of fans across Britain.

Shane Meadows, fictionalizing his own youth, is both enlightening and intuitive in his writing and directing, delivering a harsh truth of some people’s attitudes and behavior in working class Britain that is still all too relevant today.

Director Danny Boyle has always been versatile in the projects he undertakes, here teaming up with “The Beach” novelist Alex Garland who was writing his first screenplay. The pair brings horror and chaos to the streets of London, a place not often used for zombie outbreaks.

Garland’s script created a faster moving, ultra-violent version of the typical staggering zombie, with a script to suit. The monsters in question are produced when the good people of Great Britain are infected with a virus known only as ‘Rage’, when an animal activist heist goes wrong.

Made on a shoestring budget, “28 Days Later” was a financial success on both sides of the Atlantic Ocean. The film, featuring a virtually unheard-of Cillian Murphy as Jim, a man who awakes in an already formed zombie apocalypse, an idea that was later recycled by “The Walking Dead” franchise years later. The success of the film has allowed Danny Boyle and Alex Garland to undertake bigger films with greater financial backing, whilst also escalating Murphy’s acting career, opening several doors for all involved.

Every scene is expertly shot, filmed on a digital camera, which only adds to the gritty atmosphere that oozes with style. It combines visually stunning imagery making allowances for glimpses of hope throughout alongside scenes of intensity and horror, accompanied by John Murphy’s incredible progressively building score, adding suspense and dread to every single frame.

After a very successful run of films and a rise to fame in the 1960s in “Zulu”, “Alfie” and “The Italian Job”, Michael Caine, back on home soil as London gangster Jack Carter, a man who goes back to his hometown of Newcastle in northeast England to question the apparent accidental death of his brother. What follows is a tale of mystery and revenge leading Jack to uncover the truth surrounding the events, acting without remorse, finally leading him to a violent end.

Based on the novel by Ted Lewis “Jack’s Return Home”, this gritty thriller of vengeance grounded itself in realism by using real life crime in the northeast as a basis along with indigenous scenery, and recruiting all extras locally. Caine, an acquaintance of a number of gangsters, used them as a foundation to build his take on Jack Carter.

Despite a lack of success upon release, it has since been recognized as a British masterpiece in the years the that followed, and was a major influence on the early works of Guy Ritchie, who has arguably created the best British gangster films of this generation, including “Snatch” and “Lock Stock & Two Smoking Barrels”. 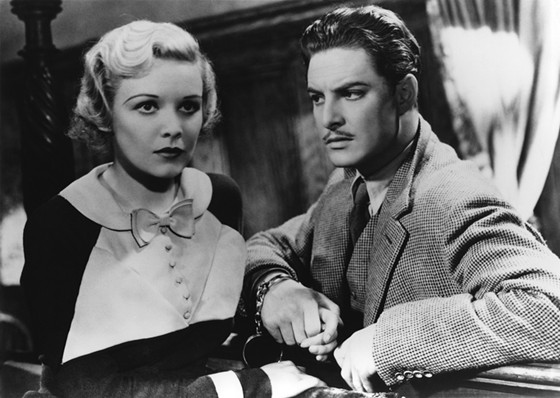 British master of suspense Alfred Hitchcock often used novels as a basis for his work. “The 39 Steps”, based on the book of the same name by Scottish author John Buchan, is a thriller that remains unmatched, despite several remastering and reimaging attempts by other directors over the years. This was the first of many Alfred Hitchcock films depicting the idea of an innocent man on the run, which was then followed by further features including “Saboteur” and “North by Northwest”.

Featuring Robert Donat as main character Richard Hannay, a man caught up in a world of secret espionage and accused of murder, he goes on the run with Pamela (played by Madeleine Carroll) in an attempt to clear his name and stop the spy ring responsible. Despite several alterations from the original novel, author John Buchan was very impressed with the end result.

“The 39 Steps”, always an addition to every “Best of Britain” list, was critically acclaimed upon release, with particular focus on the films direction and imagery. Hitchcock, who was in the middle of his career at this point but with some of his finest pieces yet to arrive, provided a number of great influential and groundbreaking scenes that showed the world exactly what he could do.

British cinema has always had a close relationship with horror films throughout history. In early years, production company Hammer Horror was the front runner experiencing great success in the genre; however, director Jack Clayton, who was in his stride after his success with “Room At The Top”, went to great lengths to distance his film from the Hammer productions, in doing so creating a unique, visually stunning gothic tale that stands as one of the finest ghost films of all time.

“The Innocents”, based on the novella “The Turn of the Screw” by American author Henry James, follows Miss Giddens (Deborah Kerr) who is hired as the governess of two orphaned children at a country estate in late 19th century Victorian England. After time she comes to believe that the children are being influenced and possibly possessed by spirits on the property.

Jack Clayton, who often used literature as a basis for all his work, always had an eye for a gripping tale and “The Innocents” stands as one of his best films, a masterpiece that is still admired by modern viewers.

Prior to “Shaun of the Dead”, Edgar Wright, Simon Pegg and Nick Frost worked together on cult classic television sitcom “Spaced”; upon its premature conclusion after two seasons, the beginning of the “Three Flavours Cornetto” trilogy was put into production. Loved by critics and fans alike, including the likes of Stephen King and Quentin Tarantino, it is now considered a modern British classic and arguably the strongest entry of the three flavours, marginally beating “Hot Fuzz” and “The World’s End”.

The film follows best friends Shaun (Pegg) and Ed (Frost) as they try to survive a zombie apocalypse in their local London pub, creating the dubbed ‘zom-rom-com’ genre, mixing horrific onscreen deaths with satire and laugh out loud comedy. Written, directed and starring the original “Spaced” cast, they stayed true to their sitcom roots using sharp observational humor whilst also paying homage to horror icons such as George A. Romero.

Endlessly quotable and genuinely terrifying, it stands as a solid entry in both the horror and comedy genres respectively. Sporting an exceptionally British soundtrack and appearances from television royalty, “Shaun of the Dead” has set in place a huge foundation to the careers of all involved, leading to a number of high profile gigs for both Pegg and Wright.