Over the history of cinema, countless films have featured a huge emphasis on a meticulously crafted production design that aims to not only surprise viewers, but intends to present viewers with hidden meanings, motifs, and symbolism through the use of elements like color, location and camera angles.

These films try to be unique with features that manage to be notable and stand out from others, though these additions would normally offer only a slight improvement to the quality of the film, since it is more of a showcase of stylistic filmmaking. These are the 10 films with unique production design not shown in numerical order.

Offering a nostalgic and uncanny plot about stealing children’s dreams, with a type of creativity that can be both thought-provoking and disturbing for people at the same time, this surrealist science fantasy film succeeds both as a fascinating dreamlike and artistic journey through the poignant relationship between ‘One’ (Ron Perlman) and Miette (Judith Vittet), as they embark on a quest to rescue One’s brother.

The film boasts a dystopian and cruel world filled with limitless imagination, with a gloomy and depressing background, portraying a world that consists mainly of deconstruction through a vague and unclear view of the city. In addition, the use of color through Miette and One’s costumes, with light red on Miette symbolizing her bravery and One’s costume that resembles contrasting color but similar design, shows how they come from different backgrounds, but tries to fit in as the film goes on.

A canted angle conveys how people in this world live their lives with fear and constant distrust, and a distorted angle is used to provide us with an uneasy feeling, thus making us question if what we see is real. 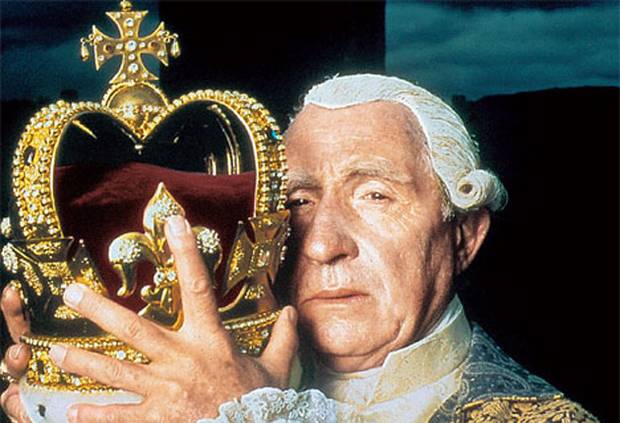 This English period drama based on a famous play tells the true story of a king gone insane through his reign leading to unprecedented tragedies in his life, and the loss of respect and negative views that his inferiors have toward him. Nigel Hawthorne, in his second reprisal of the role after the acclaimed play, has effectively portrayed King George as a boisterous but heartfelt figure, managing to make us understand and care for the depression he needs to desperately go through.

The film shows stunning effort and hard work through the detailed costume and set design, shown from the classical period clothing and excessive use of props to realistically portray the period of that time. The use of dark red clothing worn by the soldiers, circling around the King and from his chair itself, possibly foreshadows the insanity that will soon devour and change the King into a man that is full of hatred and madness.

Not enough can be said and praised about this historical drama, featuring a powerful one-shot long take and evolutionary filmmaking that powerfully depicts the city’s 300 year history with honor and respect and should be viewed at least once by die-hard cinephiles,. But apart from all the other key elements that make this film a success, the film’s production design is the main point of discussion.

Shot with a Steadicam, the camera professionally takes us on an unforgettable journey through the uniquely designed Winter Palace, with steady and smooth movement, going from room to room, encountering numerous cast members in the scene.

The film is clearly presented with a POV shot from the beginning, but a repeated use of matte and shot portrays the vast space of the palace itself, with each shot intending to fit people in to make them part of the extended history (example seen from the final scene), with a recognizable change in each century through the different period in each room, seen from the props surrounding it and the change in the costume’s appearance as the film progresses on. The ending that shows a camera stopping at a winter lake is meant to reflect on peace and calmness that people have been longing for. 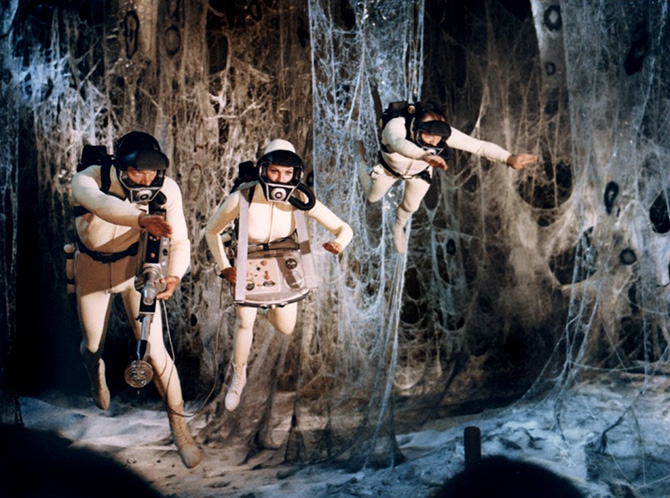 This film is an experimental, bizarrely imaginative science fantasy work about a submarine crew team shrinking to microscopic size into a person’s body with another human brain as their destination. Considered clever and aspiringly transformative at the time, the film tries to endlessly excite viewers with dazzling special effects and remarkable visualization of what it would be like to be inside the human’s body, and it tries to balance between inventiveness and scientific accuracy.

The color use is also emphasized, as seen from the film, where the majority of the characters and the submarine in the film all shown in white, with the ‘inside’ shown in colorful imagery. The contrast use of colors is used to show that we humans are from the other world, embarking into a separate dimension that we are not supposed to enter yet.

The extensive success is proven from the content and scenes from the film that are repeatedly used in various popular culture, spawning many plot-related films and sequels. The film, when looked back, will be widely remembered as a successful experiment that was brave enough to try something new. 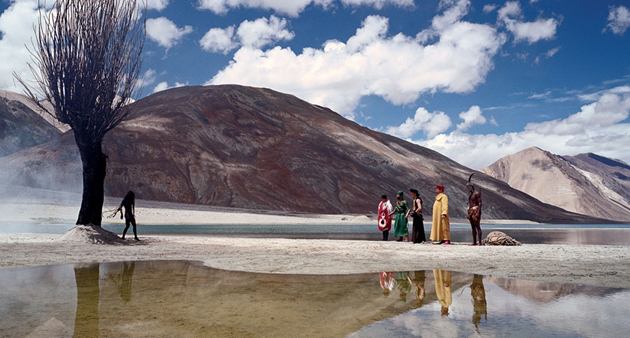 “The Fall” is a fairly underrated adventure fantasy that deals with a commonly overused plot about a senior telling a folklore/adventure story to a kid to entertain them during their time together. However, the film manages to avoid being too formulaic by focusing more on the strong relationship bond between Roy (Lee Pace) and young Alexandria (Catinca Untaru), and the crafty alteration of the common folklore story by adding in Roy’s experiences as a stuntman and characters based on people that Alexandria encounter.

What is distinctive about the film that displays the amount of effort that the filmmakers put in is how the locations seen in the film are all real places, that are not staged or set up, showing the director’s interest and indulgence for realistic and beautiful scenery.

Each shot in the film is shown to be carefully aligned and planned, resulting in a rare mixture of art and entertainment in a film through camera shots, supported with the various use of different angles. The film also displays expertise in the use of color, from how each scene mixes in different styles of color, avoiding a repeated color in each scene, shown when the heroes line up together in different stand-out costumes.