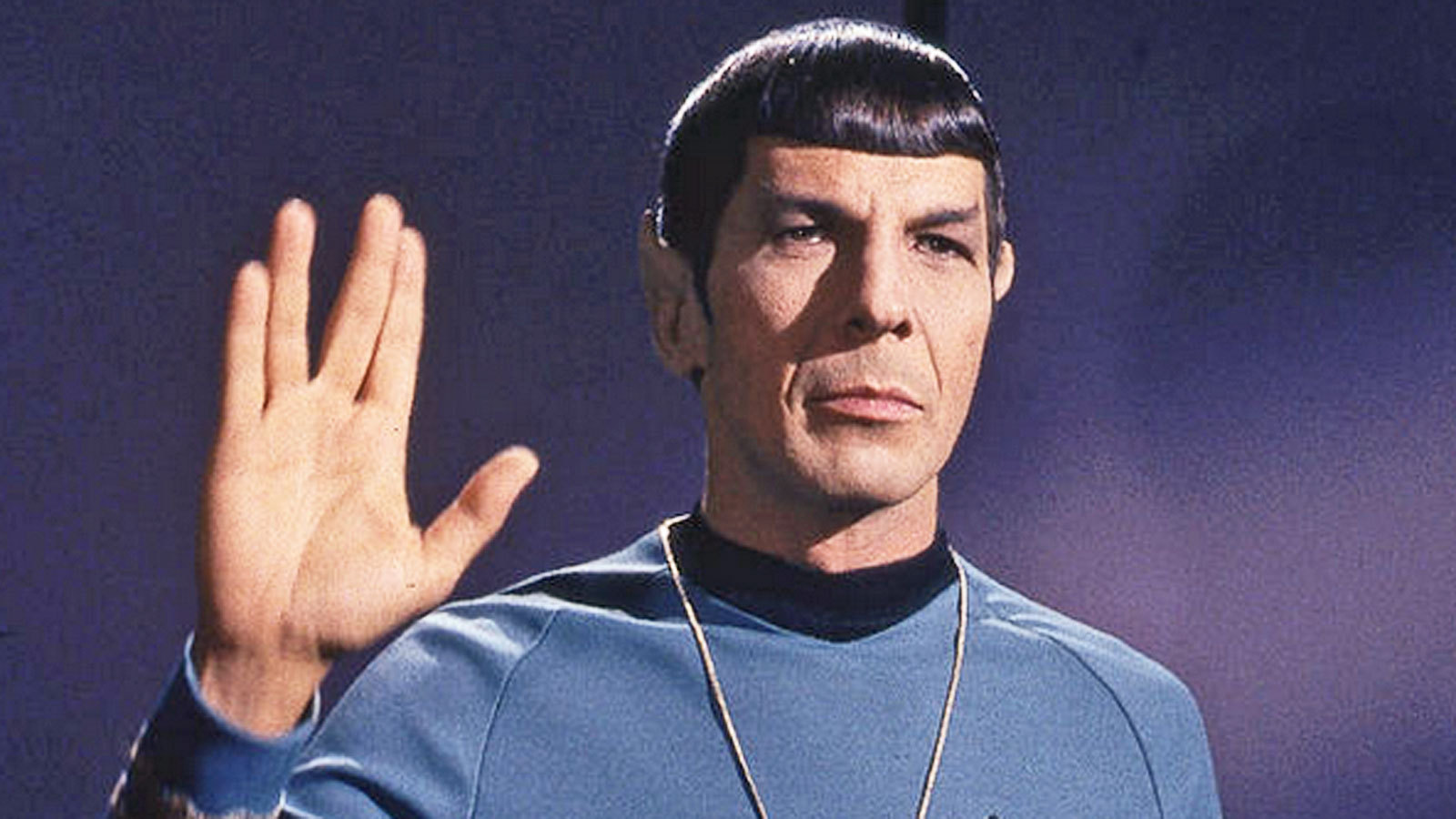 When “Meet the Press” host, Tim Russert, died in 2008, it really hit me hard for some reason.

It was at that time it became necessary for me to pay homage to those who have has an effect and me and my life in some small way.

My children call it my “wall of dead people” in my basement which is and isn’t was it really is. It was meant for me to pay respect to those people whom have garnered my respect and people we can discuss when people visit as something to show to them.

Some of the faces who are now covering my walls are Peter Sellers, Robin Williams, Philip Seymour Hoffman, Roddy MacDowell and even those less well-known like Pat Hingle and Charles Napier. Several people who are highlighted below are also on the list.

It is an honor and I privilege to highlight the careers of the individuals below and pay the respect to them they deserve. Some had longer and more memorable careers than others; however, all are memorable in their own way.

Many thanks to Taste of Cinema for allowing me the chance to produce this list!

The Voyage Home – Nimoy had such a long, great career in Hollywood most notably as an actor and director. He also did a lot of work on television and on the stage. He was 35 when he got the role playing a logical Vulcan that would change his life forever. Many of the things Mr. Spock was known for Nimoy created for the character including the “Live long and prosper” hand signal as well as the “Vulcan Neck Pinch”.

Nimoy was the only actor to appear in every episode of the original series. He also appeared in many of the Star Trek films including the newest versions directed by J.J. Abrams. He developed a lifelong friendship with William Shatner saying “Bill was very passionate about the work. Unfortunately, Bill was passionate about everything.” Nimoy had even been Shatner’s best man to his third wife.

For Star Trek IV: The Voyage Home, Nimoy co-wrote, directed and stared in the most successful of “Trek” film featuring the original cast. The story was the completion of the saga which had begun in “Star Trek II: The Wrath of Khan” where the U.S.S. Enterprise is once again called upon to save the Earth from a mysterious probe which is broadcasting an unusual signal trying to speak to the ancient humpback whales of Earth’s past.

What worked best with the story and script was the “fish out of water” feeling of star travelers from the future walking around present day San Francisco as well as Spock still getting used to being human again after being “saved” in Star Trek III: The Search for Spock”. This is still my favorite film of the entire series. “Double dumbass on you!”

If we were all so lucky, we would all have the life Christopher Lee had starring in more than 230 films. He had such a rebirth appearing as both Count Dooku in the “Star Wars” prequels at the same time appearing as Saruman in “The Lord of the Rings” films many people probably don’t remember he had a career in film going back to the 1940s.

He played a lot of villain roles including playing Dracula on film many times, starring opposite fellow “Star Wars” and Lee’s longtime friend, actor Peter Cushing in “The Mummy” in 1959 and in the James Bond film “The Man With the Golden Gun” (my favorite Bond film of all time) in 1974. He actually turned down the role of Grand Moff Tarkin that would eventually go to Cushing. He was awarded the Commander of the Order of the British Empire award in 2001 due to his long career.

In “The Wicker Man” from 1973, Lee plays Lord Summerisle, the leader of a group drawn together to deceive a policeman (Edward Woodward) when he arrives at their village investigating the disappearance of a young girl. The dark, sinister role was a perfect fit. Lee agreed to appear in the film for free and considers it to be one of his favorite roles he had ever played.

“Leatherface” was the role that made Gunnar famous and was really the only prominent role of his acting career. He was paid a total of $800 to appear in the film. Hansen had differing opinions about appearing in the film over the years. He was proud of the movie; however, said “it’s not the biggest thing I’ve ever done. As far as I’m concerned, it’s not the most important thing in my life”. He also did not like the mistaken impression people had that he was somehow like his character.

Over the years, he had been unsuccessfully asked to appear in other horror films, including “The Hills Have Eyes”. He was also asked to reprise his role for the 2003 remake of the film, but declined. He was offended the film was being remade at all and did not want to participate. 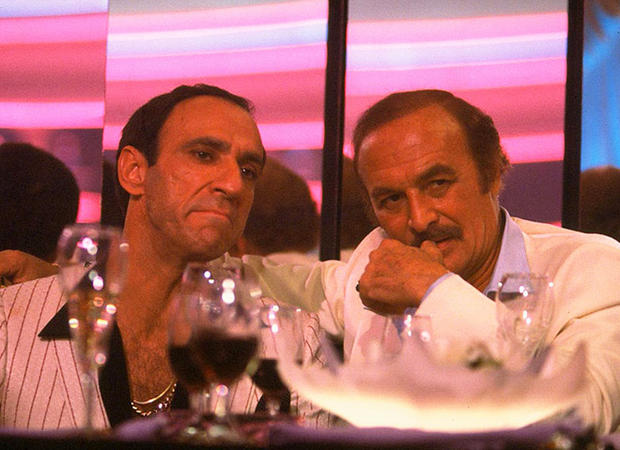 Actor Robert Loggia had one of those faces and voices you would instantly recognize and say “where do I know that guy from?” He had appeared in many TV and film projects over the years including Armed and Dangerous, Over the Top and Independence Day.

He was also the other guy who played “Chopsticks” alongside Tom Hanks on the life-size piano keyboard in “Big.” He was proud the two were able to pull off the scene themselves and not have to use the dance doubles the studio had hired just in case they were not up to the challenge.

In “Scarface” Loggia plays Frank Lopez, a rich drug dealer who employs Tony Montana (Al Pacino) when he initially moves to Miami from Cuba. Loggia was extremely proud of “Scarface” saying “The acting talent, the cinematography, we were propelled into a real class action film. Long after I kick the bucket it’ll be played”. Indeed he is correct. 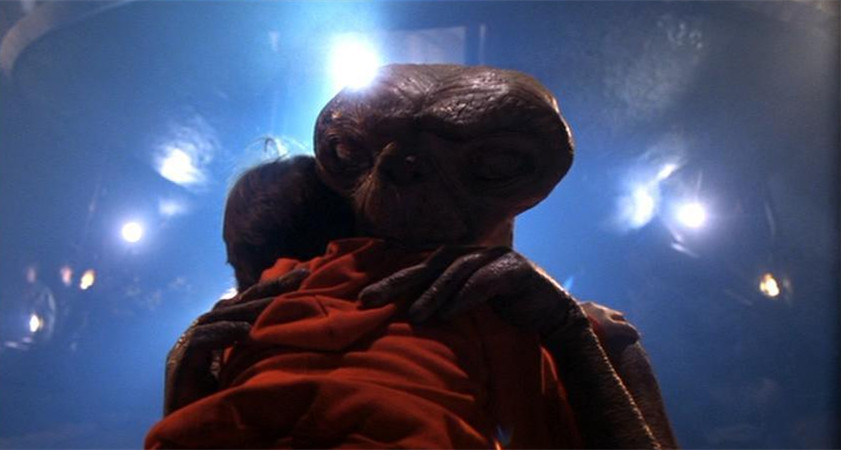 Melissa Mathison had written the screenplay for the film “The Black Stallion” in 1979, which caught the attention of Steven Spielberg, before landing the task of writing about everyone’s favorite alien who gets stranded on Earth after his spaceship leaves without him in “E.T. the Extra-Terrestrial” which was released in 1982 for which she received an Academy Award nomination. Spielberg actually gives her the credit for coming up with the line “E.T. phone home”. This line is currently ranked #15 as top 100 quotations of U.S. Cinema by the American Film Institute.

She also wrote the Martin Scorsese directed film “Kundun” about the Dalai Lama in 1997. After filming she continued to work for Tibet and became a board member of the International Campaign for Tibet. She is probably equally famous for being married to actor Harrison Ford from 1983 to 2004 having two children with him. 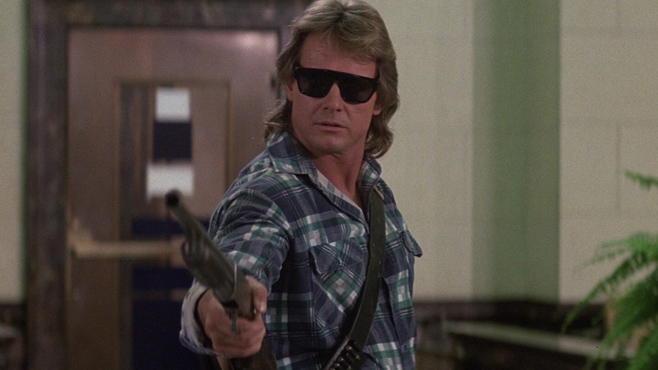 Clearly, “Rowdy” Roddy Piper (real name Roderick George Toombs) will be best remembered as a megastar of the World Wrestling Federation. During his wrestling career, he garnered 34 titles spanning over 42 years in wrestling. Say what you want about professional wrestling as a “sport”. The physical prowess and self-promotion of its athletes were certainly on par with other professional athletes of other sports.

In “They Live”, Piper plays a lonely drifter who discovers something mysterious about a pair of sunglasses and tries to get others to share this vision of aliens already living among us and trying to take over the Earth through subliminal suggestion. The fight scene between actor Keith David and Piper was so epic they rehearsed it at director John Carpenter’s house before shooting for three weeks.

The scene lasts onscreen for over five minutes and is considered a classic. They even made a South Park episode called “Cripple Fight” which is an exact recreation of the scene. The line “I have come here to chew bubble gum and kick ass, and I’m all out of bubble gum” was a adlib by Piper on set.