Horror cinema lends itself to independent filmmaking. Quick shoots, lesser-known actors, practical effects and an emphasis on directorial ingenuity all allow for smaller budgets. This is how the horror genre has come to represent a type of film with tremendous financial potential.

A quick look back through recent horror history sees Paranormal Activity (2007) and The Blair witch Project (1999) as the truest representations of this idea, with these two films ranking alongside cult classic indie films like Clerks (1994) and Napoleon Dynamite (2004) in terms of their return on an a tiny investment.

Paranormal Activity kicked off a franchise that has made over $850 million a stunning achievement on the meagre $40,000,000 budget the series has accumulated, while The Blair Witch Project took in $250 million on a miniscule $22,500 budget, in doing so acting as a pioneer for the found-footage sub-genre.

These films helped stabilise the horror genre and created alternative pathways for filmmakers unable to obtain big budgets and big-name stars, a trend that has continued well into the 2010’s. Here are 10 excellent independent horror films from 2010! 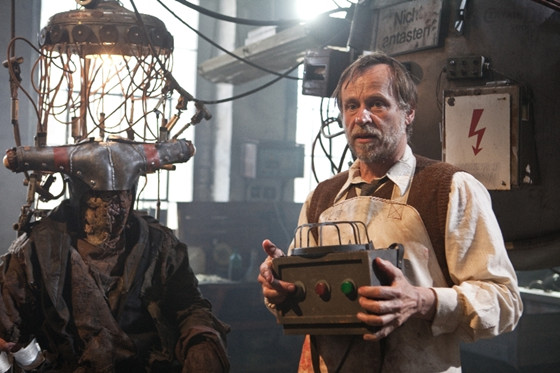 A film that seems to have snuck under the radar of even the most devout horror aficionados, Richard Raaphorst’s 2013 feature film debut, Frankenstein’s Army, is an exercise in micro-budget craftiness. The film’s premise is simple: During World War 2, a group of exhausted Soviet soldiers receive a distress call which leads them further into German territory and ultimately to an abandoned church.

The church is instead inhabited by the undead, Nazi undead who, as the title of the film suggests, have been created by Dr. Frankenstein, a descendant of Victor Frankenstein. The enjoyment in Frankenstein’s Army stems from these bizarre and wonderful creatures that Raaphorst and his effects team have created, with each new ‘zombot’ bettering the last, giving the film a somewhat video-game aesthetic, especially when coupled with the found-footage format.

It is quite stunning what Raaphorst was able to achieve with the minuscule budget he was afforded, while it is clear where the film’s budget was spent (not on securing acting talent).Like many classic schlock-fests of yesteryear, the enjoyment in a film like Frankenstein’s Army does not derive from the acting or the narrative, but from the joy of seeing a creature with chainsaw-blade arms devouring Soviet soldiers. 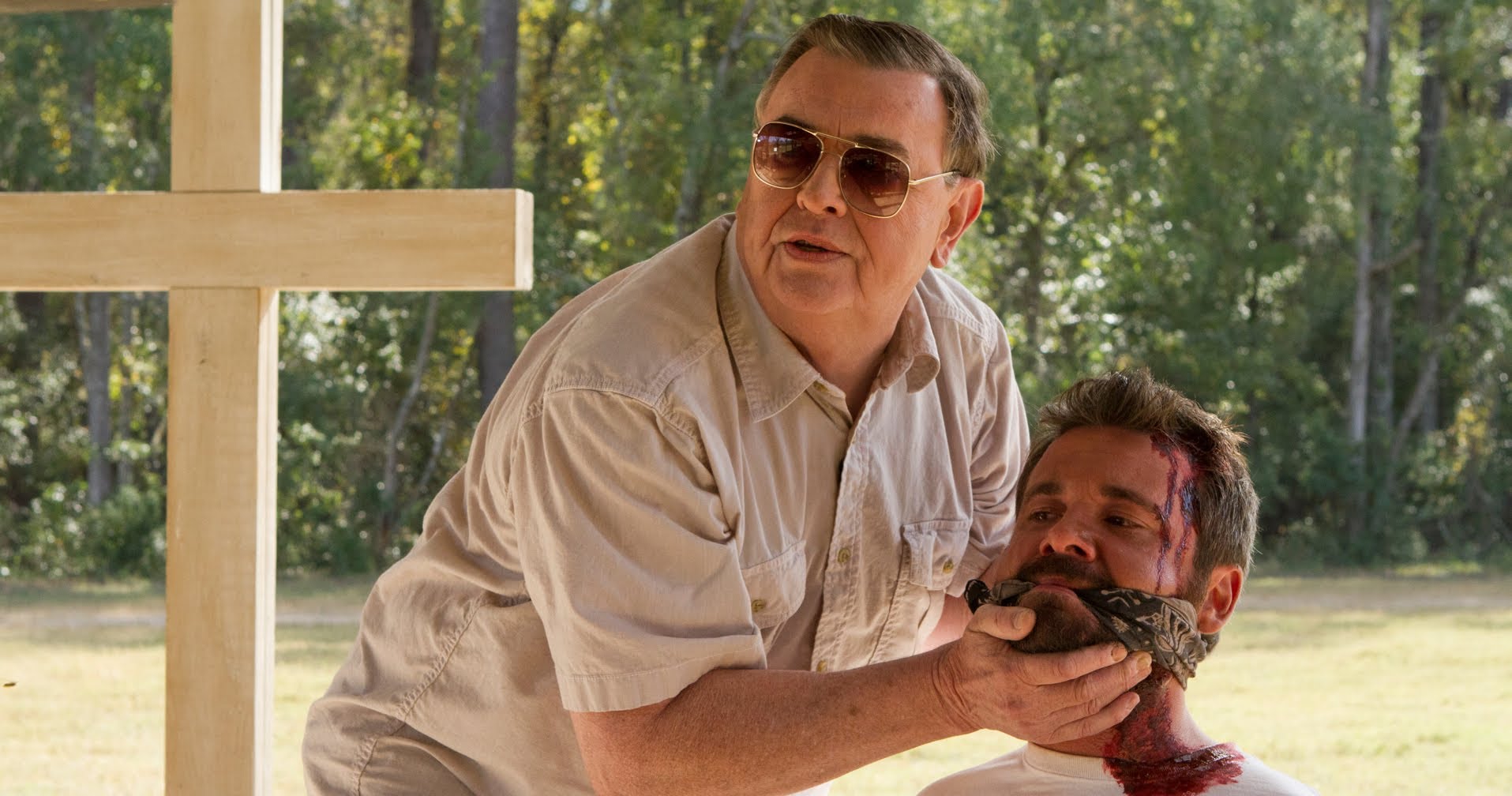 Ti West may be the most successful independent horror director working today, with 2014’s The Sacrament the latest effort of the prolific filmmaker. It will not be the last of his films on this list, but it will be the 2nd and final found-footage film mentioned here.

The film acts as a retelling of the real-life events of the Jonestown Massacre, a mass-suicide that occurred under the leadership of Jim Jones and his People’s Temple, a cult that led its American members to create a small community in Guyana, where 909 people would ultimately end their own lives by way of cyanide poisoning.

The film’s basis in reality already sets up a promise of intrigue; the horror genre is rarely used to retell real-world events, while the Jonestown Massacre remains etched in the American consciousness. It is odd then, that the film was able to avoid controversy, an idea that is somewhat explained by the small budget of the film and the personable tone the narrative takes.

The film aptly explores the community in an inquisitive manner, as is the remaining mystery that surrounds Jonestown, employing the device of a Vice film-crew documenting the township to aid this, a manoeuvre which allows for the found-footage style.

While the film is short on scares and rarely enters into the realm of a classic horror picture, the fact that we know the fates of the characters and that basis in reality gives the film a sense of unease and dread, a dread that is fully realised in the film’s chilling final act.

The first of two Australians films on this list, Justin Kurzel’s 2011 directorial debut Snowtown is a harrowing biographical film that is based on the infamous ‘bodies-in-barrels’ murders, a series of murders committed by John Bunting, Australia’s most prolific serial killer, and his accomplices.

Labelling the film as a horror is certainly contentious, and it is largely only given such accreditation due to the subject of a serial killer, but unlike more mainstream American films based on serial killers, such as The Texas Chainsaw Massacre, the film is more of a terrible tale of social realism.

Snowtown opens with dreary images of suburban Adelaide, infusing a dull colour palette with the monotonous sounds of arcade games and daytime television, giving the film a firm styling of mundanity. The film’s initial focus is on Jamie, a vulnerable teenager who lives with his protective mother and his three brothers, a family that is constrained by their economic situation.

On an initial glance, the film looks to be a rather typical social realist drama, a genre prominent in the Australian cinematic lexicon, but this notion is quickly eroded through the intervention of a paedophilic neighbour, a narrative turn that serves to introduce the true ‘star’ of the film, John Bunting, who enters the neighbourhood in order to rid it of such ‘sick’ people, quickly becoming a surrogate father to Jamie and his brothers.

Bunting’s charisma and initial ruse of charity quickly turns into something far more sadistic, as he goes about torturing and murdering any members of the neighbourhood he considers ‘sick’, forcing Jamie into becoming an accomplice.

Kurzel was sensitive to the remaining stigma attached to the town of Snowtown, using predominately local and amateur actors, aside from Daniel Henshall’s Bunting, which gives the film a naturalistic voyeurism, such are the effects of the dialogue and the bleakness of the setting.

The film was criticized in some quarters for its ‘torture-porn’ aesthetics, yet these difficult to watch scenes are quintessential to a realist film like this, as watching these characters descend into darkness is only made tangible by witnessing their gruesome acts.

In similar fashion to the previous entry on this list, Kill List’s opening act plays out like a family drama, displaying a close relationship to the ‘kitchen sink’ social realist films of legendary English director, Ken Loach.

While Kill List’s narrative concerns two contract killers, Wheatley is able to keep the film entrenched in a downbeat fashion throughout the opening half of the film, with familial drama dominating the first act. Even in these seemingly innocuous scenes, Wheatley is able to graft a tense atmosphere into the narrative, using Neil Maskel’s performance as the recently laid off Jay to enact the potential for violence.

The film’s 2nd act gradually builds as we see Jay and his partner, Gal, perform several killings. After a slow beginning, the violence in these scenes comes as a shock to the audience, such is the viciousness that comes from the previously calm and calculated Jay.

The less said the better about the film’s finale the better, but Wheatley ably completes an ambitious and ambiguous climax, one that draws on the likes of Wicker Park and Witchfinder General to produce a quite stunning removal from the film’s sedated beginnings. The film refuses to give the audience any clear solutions to the bizarre scenario that plays out, making sure the film stays in your mind long after the first viewing.

Spring, directed by Justin Benson and Aaron Moorhead, is a difficult film to explain in so few words.

The film focuses on a 20-something by the name of Evan, played by Lou Taylor Pucci, who escapes his depressing American life to travel Europe, eventually landing in a coastal town in Italy, where he meets a beautiful but mysterious local, Louise, played by Nadia Hiker.

To say Louise elicits more than meets the eye is a gross understatement, as Evan eventually realises. Another slow burner that benefits from an ethereal score, co-director and cinematographer Aaron Moorhead is able to capture the Italian coastal-town in a way that inspires awe, often allowing for the film to drift into a territory entirely separated from genre cinema. Another film that the less that is said about it the better, but think Richard Linklater’s Before Sunrise meets Species meets Terrence Malick, and you may get an idea of how the narrative evolves.

The film’s finale also exhibits some quite ambitious dialogue about mortality, creating a horror film concerned with the very humanity that is so dispensable in more typical genre affairs. This picture may be short on scares, but it more than makes up for it with insights into the human condition, a rarity in the genre.