The recent downfall of the video store and the rise of Netflix and online streaming have left a crucial element to the browsing experience in the dust. No longer can you talk to the knowledgeable and somewhat film nerdy guy behind the counter about what’s good or what’s not. The “five star” Netflix rating system gives a decent overview but sometimes you want some nitty gritty critiques and recommendations for YOU. This is the list for you.

In the early 90’s the “Indie” film scene boomed to national recognition. The Netflix indie section has a surprisingly great collection of Indies old and new. Here is a list of choice picks that really stand out. But look around for yourself; there is lots to find beyond this small selection. Note: Listed in no particular order.

This quite delicious little small town noir story on drugs, stars Vince Vaughn and Joaquin Phoenix in a serial killer cat and mouse game. Vaughn took notable and creative risks with his films, some more successful than others, but when he hit, it worked. And he works in this. Funny and outgoing, he befriends a morose guilt ridden Phoenix, and uses his killer skills to help “dispatch” of people causing him grief. It’s all for the sake of a friendship that Phoenix never asked for but in some weird way is endearing all the same.

This was also before Phoenix made his big push to the mainstream as the next legendary actor of our time, but you can see his search for the unique in ordinary people in his complex performance. Produced by the Scott Brothers (Ridley and Tony) they saw the quality of the script and helped move it to the right people. It’s indeed a twisted little gem of a film.

Sometimes there is a script that gathers the right combination of people, without needing to “product place” stars, and just exudes honesty and pleasant familiar truths. The characters and music and a young but very wise Natalie Portman, are just a complete joy to watch.

Directed by the late and underappreciated, Ted Demme. Who’s big hit is the great Christmas cult comedy “The Ref” with Kevin Spacey and Denis Leary. He really hits you in the heart with the story of a guy going back home for the first time since leaving for bigger and better in the big city. And gets involved with all the leftover ripples from what post high school life has done to his friends. Timothy Hutton just nails this guy. This is a Generation X version of “Diner” and with that comes all the respect that statement eludes to.

The early 90’s blew the doors open on the homosexual discussion in film, especially in independent film, for the mainstream audiences. This little film took the indie world by storm with its story of a devout catholic priest, and homosexual man, struggling between his morals and the laws of his faith. A girl comes and confesses sexual abuse by her father and his moral dilemma with his God amplifies.

Linus Roache, a face made famous when he played Thomas Wayne in Nolan’s “Dark Knight” films, plays a delicate performance with intense subject matter. The cast includes another future “Batman” character with Tom Wilkinson as a fellow Priest, and the ever-enigmatic Robert Carlyle. It hits the hard subjects but is well worthwhile.

After having gone to confront Lucas to stop seeing her son, Swinton finds Lucas dead next to the boat dock outside her home. A secret meeting between Lucas and her son ended in his accidental death. A man comes later to extort money from the family with evidence of the relationship, the extortionist shows himself to be more “human” when he protects her from his more violent partner. This very tight little thriller reminded me of films like “A Simple Plan”. Very thoughtful and dynamic character noir. 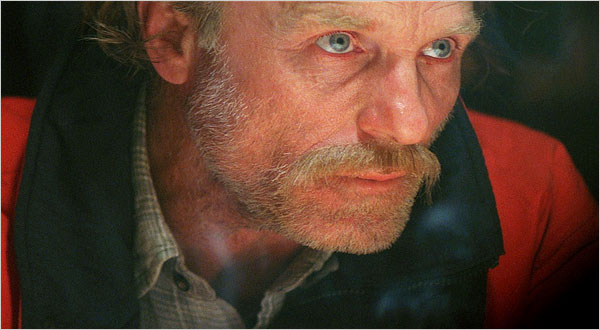 This may be one of the luckiest breaks in independent cinema. Logan and Noah Miller, after their father died in jail, vowed in his honor tocommit his struggle to film. With a chance encounter with Ed Harris they had their star and a slew of academy award caliber talent followed.

Never having made a film before they managed to write shoot and release their dream, and kick off their career. Their follow up feature, “Sweetwater”, starring Ed Harris again, as well as Jason Isaacs, can also be found on Netflix streaming.