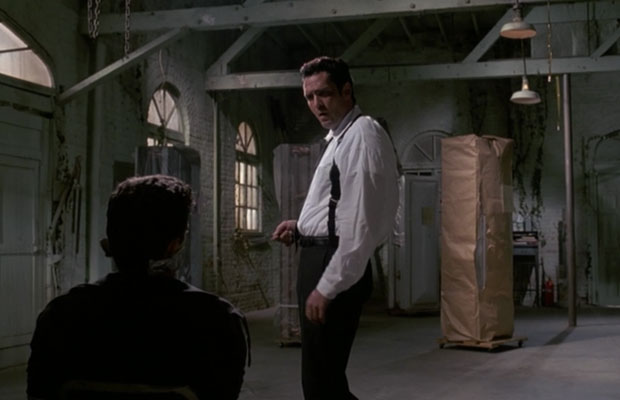 Music in movies has always been just as important as the direction and screenplay. They can be truly defined by their scores, while music-less films are often boring and uninteresting. And sometimes films can use a particular song very well.

So if scores define a film, then a song can and does define a scene. There are always plenty to choose from and here are the 15 most unforgettable rock song uses in movies. Note that we have excluded songs written specifically for the film and have instead selected scenes where the song predates the film.

The Song: “Dance the Night Away” – Van Halen

Why it’s unforgettable? Argo’s setting of 1979-1980 obviously makes for the unlimited possibilities of awesome songs released in that time. And Van Halen’s groovy riff gives a good sense of place and time.

The song was used rightly in the film because Argo is really a dark comedy in some ways, and the showing of how big everything is for a fake film in the scene is a nice prod to Hollywood. The song is cool on its own, and here, used in the sights of the Beverly Hills Hotel circa ’79, the title defines the scene.

Why it’s unforgettable? Well mainly because it doesn’t make sense towards the scene. When Ratner (Brian Backer) is desperate for advice, Damone (Robert Romanus) gives out his free five-point plan, which is relationship gold. He tells Ratner as number 5 point “When it comes to making out, whenever possible, play Side One of Led Zeppelin IV.” Unfortunately, the songs really on Side One of Led Zeppelin IV would kill the mood quicker than “Hallelujah.” So Ratner, in the next scene with Stacy, plays Kashmir, from Physical Graffiti.

The quick scene is funny, yes, and Jennifer Jason Leigh’s reaction is one of confusion and question, as Ratner sits there thinking Damone is right. In any case, the song would have worked better than “The Battle of Evermore”, and we are all thankful for that.

Why it’s so unforgettable? Ok, yes the film was only released last year, is still in limited cinematic release and is sweeping the awards run. So you may think it’s a little early to consider any scene or song from this film unforgettable. But ELO is the exception.

This 70s song for a 70s-set film is used twice in the film, to introduce the main aspect of the con, a fake Sheikh, and then again at the end of the film when the twist is still fresh. The hammering riff from Jeff Lynne mixed with triumphant violins gives an uplifting feel to a film which, without the song, would have been very nearly subpar.

The Song: “For Whom the Bell Tolls” – Metallica

Why it’s so unforgettable? Being played during the opening credits always accelerates those credits to being awesome (see number 13). Zombieland is no exception. Being an awesome film, it needs an awesome soundtrack and Metallica’s “For Whom the Bell Tolls” kicks this off.

The awesome heavy metal riff being played with slow motion zombie deaths makes you wonder why don’t all zombie films have heavy metal music. And Metallica is dark, but also cool, just like Zombieland.

Why it’s so unforgettable? Like numbers 20 and 12 before, this is a song used because the film is set in the time when the song was released. But you can somehow tell that director Paul Thomas Anderson used it because of its title in relation to the scene.

The Song: “American Woman” – Guess Who

Why it’s so unforgettable? It is rare for a song to have so much in common with a film, but not to have been written for it. American Beauty uses “American Woman” so well that it sounds like it was written for the film.

As Carol Burnham (Annette Bening) finds sexual pleasure with Buddy Kane (Peter Gallagher), Lester Burnham (the amazing Kevin Spacey) finds mental pleasure by smoking weed. As these scene cut together, Guess Who’s sexy groove-a-thon rocks through which will bring a smile to anyone’s face. As it sure did to Lester.

Why it’s so unforgettable? The Twilight Zone Movie might not be the most well known film. It’s a real oddity that’s really livened by two things: the end sequence with John Lithgow, and the opening.

As a lonely car winds down the road, the opening arpeggios of CCR’s smooth ballad play through the darkened dawn. Then, Albert Brooks and Dan Ankroyd begin to sing with the drum riff coming through. This is a really fun scene, mainly because they sing it terribly. A fun opening, before things get scary. Really scary.