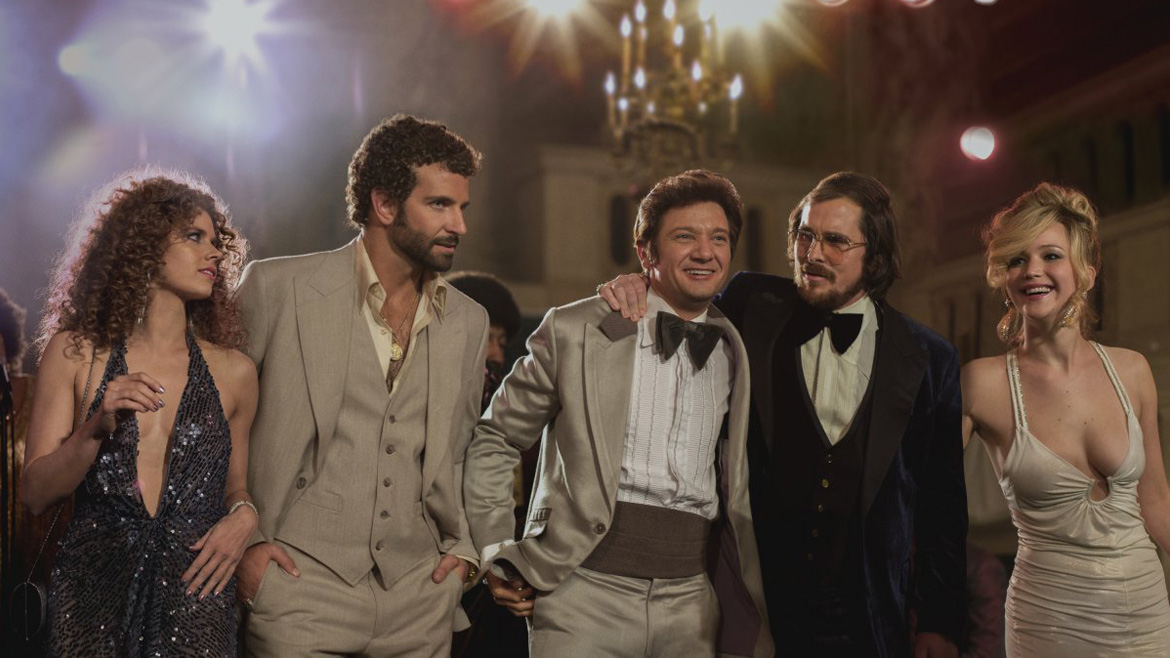 Every year the debates begin at this time over the Oscar nominees. Who got nominated? Who got snubbed? Who’s going to win? This year has produced many great films and even more great performances. Perennial favorites like Martin Scorsese and Meryl Streep are there along with Hollywood newcomers guaranteeing some interesting presentations and hilarious moments from returning host Ellen DeGeneres.

While everyone has their favorite film of the year, ranging from Gravity to Wolf of Wall Street, I am here to explain why American Hustle is this year’s best film and should win Best Picture at the 2014 Academy Awards. 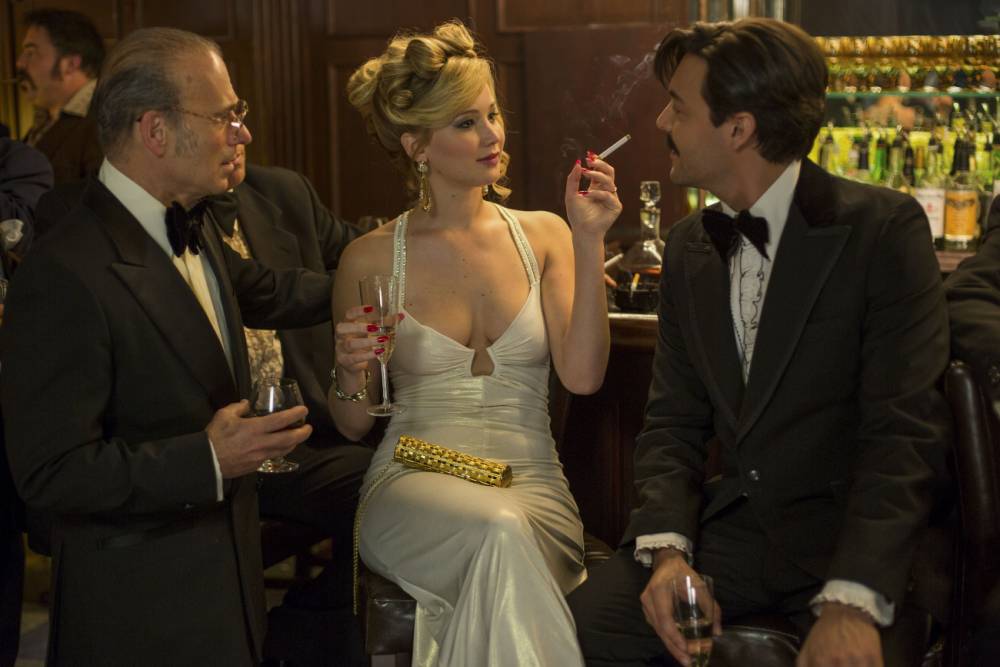 David O. Russell is making a film about con artists rife with political corruption and mafia influence while rebuilding Atlantic City. Makes perfect sense then to cast two members of HBO’s hit show Boardwalk Empire, Shea Whigham (Nucky’s brother Eli) and Jack Huston sporting a full face (he plays scarred WWI sniper Richard on B.E.) Whether intentional or not, it adds a subtle level of cool to a film that is already dropping with charisma.

A hilarious scene on the comedian’s FX show depicts him cast in a serious role as a cop and being completely unable to pull it off. Here, in the shadow of Hollywood’s A-List, Louis holds his own and is hilarious in the most subtle way possible.

Playing Bradley Cooper’s uptight FBI boss Stoddard, he tries desperately to control the loose cannon Richie (Cooper). Constantly arguing and denying his requests for million dollar bank transfers and lavish hotel suites, it inevitably bring the drug riddled Richie to a head in what makes for perhaps the funniest scene in the film. Richie curses Stoddard out on the phone and demands to know where he is. We see in a mini-flashback that Richie beat the ever loving crap out of Stoddard including hitting him with his own phone. 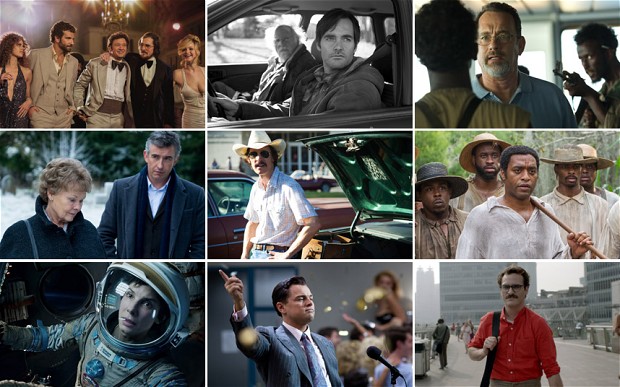 This year the Academy has 9 films nominated for Best Picture. As I tell my students, when you’re not sure, cross out the definite no’s, and then try to pick the best answer:

Gravity is a science fiction film taking place in outer space. In IMAX 3D it was a revelation but like Avatar it loses a lot transferring to flat screens at home. Bullock not winning a Golden Globe or SAG award hurts the movie’s chances also.

Wolf of Wall Street is drug fueled rampage that hits the excess of excess. The plot line resembles Hustle but takes an extra 45 minutes and doesn’t spread the wealth in terms of quality writing and acting. Not to mention Scorsese’s Oscar for The Departed assures this bloated mess won’t win him or the film any Oscars.

Philomena is a British story of Judi Dench looking for her lost son. It’s a cute story but not “Best Picture” material. In Oscar tradition, if your film doesn’t have a Best Director nominee, it doesn’t win. Dench also has an acting Oscar for Shakespeare in Love so she is a long shot.

Nebraska is another film by many time nominee, Alexander Payne. He hasn’t won for great films Sideways and The Descendants so I don’t see him winning for a black and white Bruce Dern vehicle this year.

Her is too modern a story to earn the Oscar, and Joaquin Phoenix has burned bridges in Hollywood.

12 Years a Slave is probably the biggest contender to American Hustle, yet it seems too obvious for them to choose a historical epic AGAIN. Three acting Oscars as well as screenplay and direction nominations could make it close though…

So yeah, after process of elimination American Hustle is the clear front runner.

9. Costumes And Hair And Everything 70s 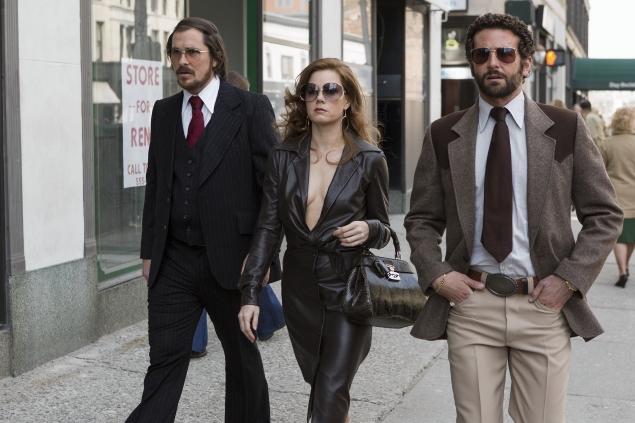 Let’s see… we’ve got Christian Bale and the comb over Pulled it OFF! Bradley Cooper and GERRY CURLS! Pulled it OFF! Jeremy Renner with a poof. Pulled it OFF! The disco suits, velour blazers, sequins… everything just WORKED! If they didn’t tell you the period, you would know this was the late 70s.

Edith Head would totally approve of the job done by the wardrobe and make up departments. The costume and hair become supporting characters. When we first meet Bale and Cooper, Cooper pisses him off by messing up the comb over. “You shouldn’t have done that” Bale says quietly. You don’t mess with the hair guys.

I would be remiss to not include my favorite part or lack thereof in the wardrobe department: NO BRAS. Amy Adams outdoes J-Lo in terms of cleavage showing and continually rocks the vintage “air conditioned” dresses. Her cleavage could win its own Oscar.