Darren Aronofsky’s latest film Noah hits theaters on March 28th. Predictably, the film has already garnered lots of controversy, before it’s even out; three Middle Eastern countries have banned it, Christian groups have threatened to boycott it, test-screening have resulted in troubling reactions, and Aronofsky has been struggling for his artistic rights with Paramount since the beginning.

Despite the fact that Noah is evidently angering many of the faithful, lots of casual movie-goers and film-buffs alike seem to be writing-off Noah as a “Son of God”-esque, religious-propaganda movie that is a literal preaching of the deluge story.

What many of these detractors seem to be ignoring though, is that if you get a little closer to that epic, inspiring poster featuring Russel Crowe’s face, you’ll read in tiny print above the title: “A FILM BY DARREN ARONOFSKY”. This is massively important. Darren Aronofsky is an audacious and dark filmmaker, one who has carved out his own auteurist style and enjoys pursuing interesting topics. I can’t say for certain if Noah will be a great film or not, but here are some reasons that it definitely will not be a preachy, white-washed Sunday-school sermon.

If you go to Noah’s IMDb page, you’ll find the film listed under the genre of adventure and drama. Not biography, not history. With six-armed angles and fantastical vistas populating the landscape of this epic, I think it’s safe to say that the director acknowledges that his film is a fictional story, not a historical account.Yes, the Biblical story is full of the supernatural, but so most popular fiction.

I’ve heard Noah the film described as something of a hybrid between The Lord of the Rings, Gladiator and Titanic. This will be a film that defies categorization or genres, and will mean something different to everyone who watches it. It’s pointless to try to place a finger on what the film will be like, or what it’s cinematic intentions are, because likely the answer is a lot more complex than a simple pro- or anti-Christian message.

9. The Flood Story Is Not Exclusive To Any Religion 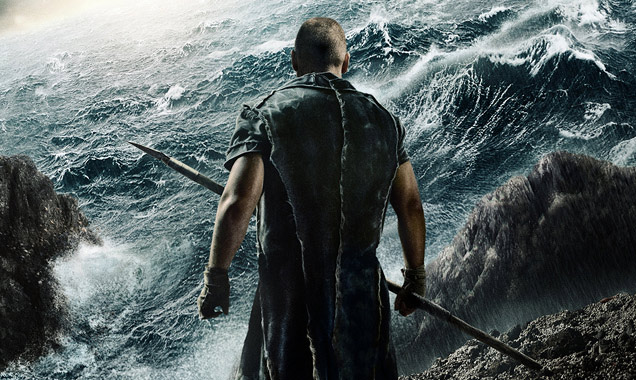 The story of Noah’s Ark is simply the Biblical account of a story that is one of many cultures and faiths. Ancient Mesoamerican cultures told of the great deluge, The Epic of Gilgamesh recounted the flood,it is an oral tradition of many African, Asian and South American cultures. This is a tale that is far more universal than this particular film’s premise may suggest, and from the looks of the trailers and footage, I think Darren Aronofsky’s movie will be somewhat a fusion of cultural iconography and settings, with the popular Noah story being at the center.

8. Darren Aronofsky Is An Atheist 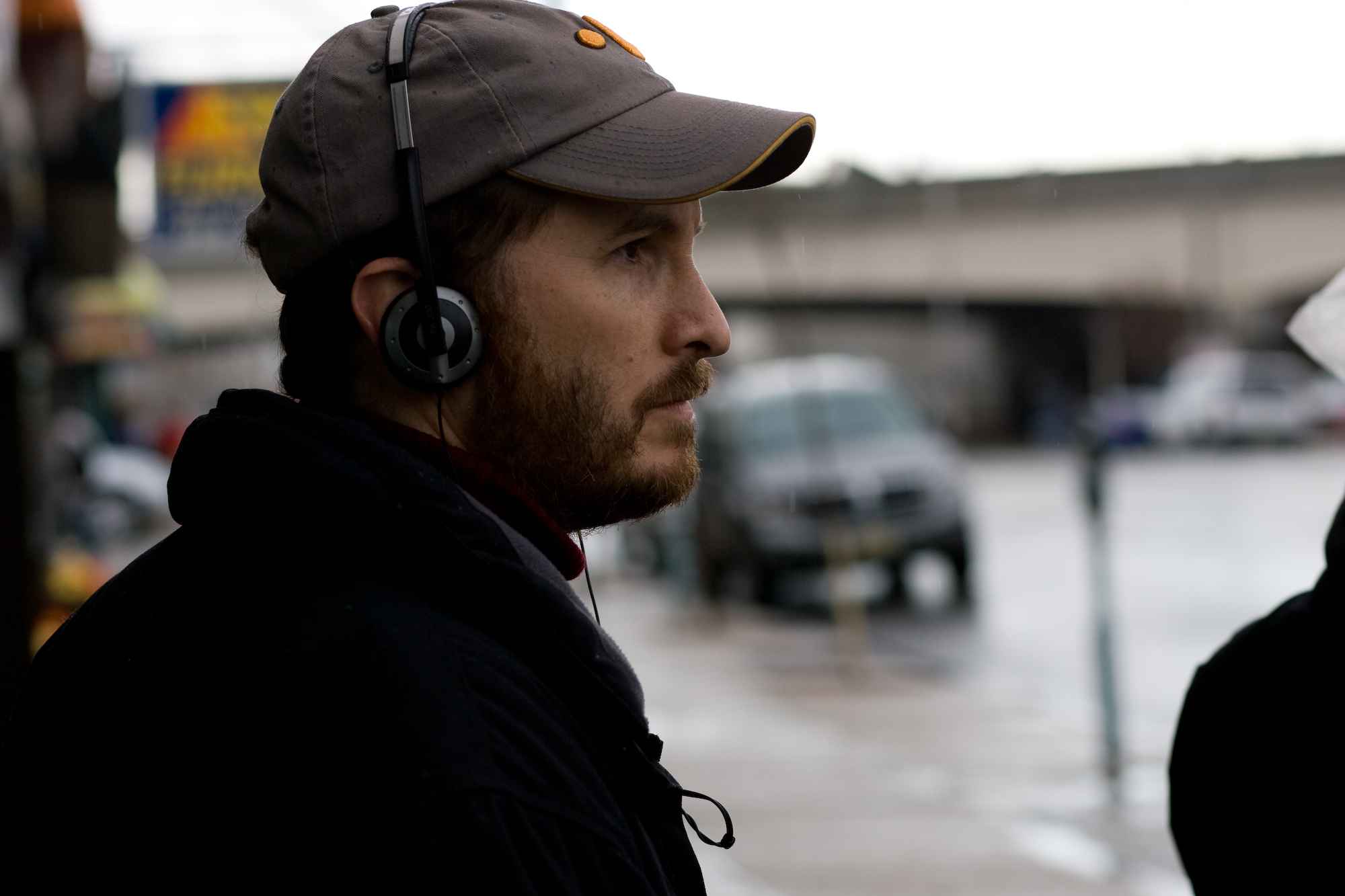 Why would he have any interest in making a film that panders exclusively to Christian audiences? Out of all the directors working today, Aronofsky is one of the most edgy, and since he’s not even a Christian, I find it highly unlikely that he would have any inclination to make a movie which would only make him look sold-out while simultaneously dragging down his reputation as an artist.

Despite the fact that his films often alienate certain groups of movie-goers, Aronofsky’s are never made just for one breed of viewer. Aronofsky has tackled the theme of God before in his films Pi and The Fountain, and he clearly knows how to do it intelligently and without being heavy-handed on the subject matter. In all likely-hood, Noah will address the theme subtly and without even making a big deal out of it.

Darren Aronofsky has a perfect track-record. Yes, The Fountain was not well-received by all critics, but that film has gained a following since its release, and it is undeniably an ambitious and interesting piece.

Pi, Requiem for a Dream, The Wrestler and Black Swan are all universally liked films, and his brilliance is apparent in each of them. Pi and Requiem showed off his unique editing style, and the latter is one of the most depressing, hard to watch films ever made. The Wrestler and Black Swan are somewhat of companion pieces, and while the former tells a beautiful, tender and heartbreaking story, Black Swan is a terrific, passionate and bracing psycho-sexual thriller.

Darren Aronofsky knows how to make a great movie, and his films always are visually breathtaking and made with passion. His artistic sensibilities are acute and unique, and he has a distinct, powerful cinematic voice.

Darren Aronofsky is one of those directors that could care less about how much money his films make, or whether or not they’re adored by the public. The Fountain was a complex and esoteric film that was anything but mainstream, Black Swan was a psychotic and bold thriller that certainly was not meant to be seen along-side your grandmother.

Aronofsky is a visionary director that makes movies that are talked about, analyzed, dissected and remembered. Even if Noah was a “Christian movie”, it would sure as hell be the darkest, best Christian movie ever made. Darren clearly sees something in the Noah story that appeals to his artistic sensibilities. Here is a respected director who, for the first time in his career, had a massive budget and studio backing. I’ll be damned if what he created isn’t spectacular.

5. Darren Aronofsky Has Been Fascinated With Noah His Whole Life 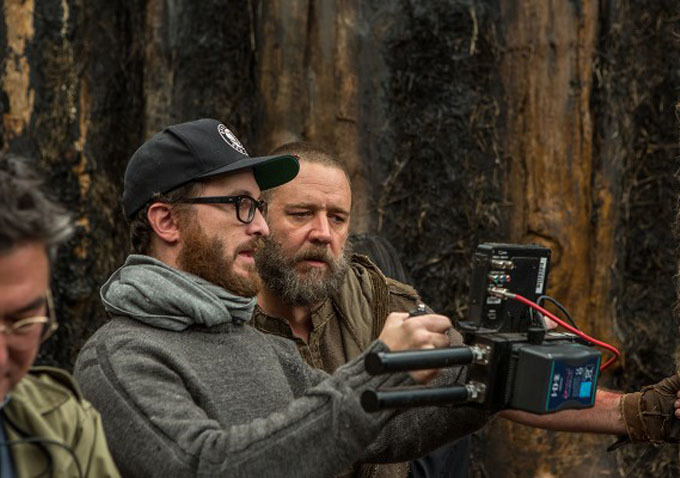 Darren Aronofsky, who grew up Jewish, has been fascinated with the tale of Noah since his childhood. The director has described the character of Noah being “dark and complicated”, and one who experiences “real survivor’s guilt.” Vintage Aronofsky.

As a director, he’s very attracted to stories of people slowly losing their grip and flying off the handles psychologically. I predict that the Noah character arch will be something along these lines. He co-wrote a graphic novel about Noah, and has been doing extensive research for this project over the last ten years,making Noah a true passion project for Aronofsky – and I doubt he decided to get lazy when he finally earned his real shot to fulfil this vision.

4. Let’s Look At His Five Films 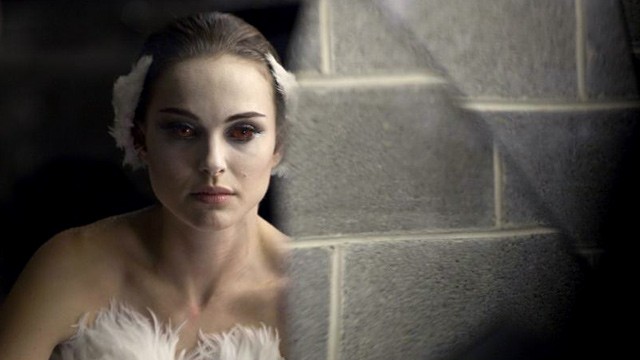 To anyone who took one look at the Noah poster and rolled their eyes, I suggest you watch Black Swan. Yep, that Bible movie is from the same guy who directed 2010’s most famous lesbian sex scene. Not to mention that The Fountain could easily be interpreted as a story about reincarnation. I reiterate myself once again – Aronofsky clearly doesn’t pander to mainstream audiences or any certain touchy or easily-offended groups. To call Aronofsky’s work controversial would be very accurate, and the fact that several Middle-Eastern countries have already banned Noah prove that it must be doing something right.

3. Even If It Was A Literal Adaptation…

I’m not judging anyone or anyone’s religion here. But even if the Noah movie was a literal adaptation of the Biblical story, how well would it sit with audiences? This is a story that depicts a God, who after being dissatisfied with the race he created, decides to kill each and every person on Earth, excluding Noah and his family. Sounds a bit evil does it not?

If the Bible is part of your religion, that’s cool, but seeing a God destroy the entire race he created might not go over so well anyway with the general public, especially when vividly illustrated on the big screen. Here is a story that offers countless metaphorical and allegorical possibilities, and if Aronofsky didn’t go for them, he’s definitely not the director I know.

Even if you ignore the fact that it’s a Biblical story, or even than it’s directed by Darren Aronofsky, Noah just looks like a good movie. The first trailer for it got me so excited that I watched it several times in a row, as my eyes glowed brighter and brighter. The trailer shows just enough without spoiling anything, and it seems apparent that the film will probably be exciting, entertaining, visionary and dark.

The ideas and material Aronofsky used was enough to attract hot actors like Logan Lerman and Emma Watson to the project, so there must be something there. Hopefully, for two hours in the theater, watching this epic disaster movie of literally Biblical proportions, we can all just view it as a movie, not a sermon or an insult, but a just a great film (assuming that it will be one).

If the film truly is good enough, that will be enough to unite the Christians, the Muslims, the Atheists and any other concerned audience group, for one movie experience. Yes, the film will depict God, and Noah and thousands of animals on an ark. Of course it will not depict all of this exactly the way that everyone will want, but why does that matter?

I’m an atheist, and I think that Scorsese’s The Last Temptation of Christ is a masterpiece. The Bible is already a text that has been translated hundreds of times, so who’s to say what people read in it today is what people read in it hundreds of years ago? What’s important is that Noah is a good movie. An entertaining one that simulates the brain, and which says something powerful and meaningful.

Darren Aronofsky is an artist, and Noah is his film. No one should tell him how he should fashion his art, nor should he be forced to be influenced by box-office performance or approval from religious groups. He has worked to get this film, his ultimate passion project, made for much of his life, and if anyone deserves to be satisfied by this film – this interpretation – this adaptation – this “blasphemy” – this “propaganda” – it’s him.