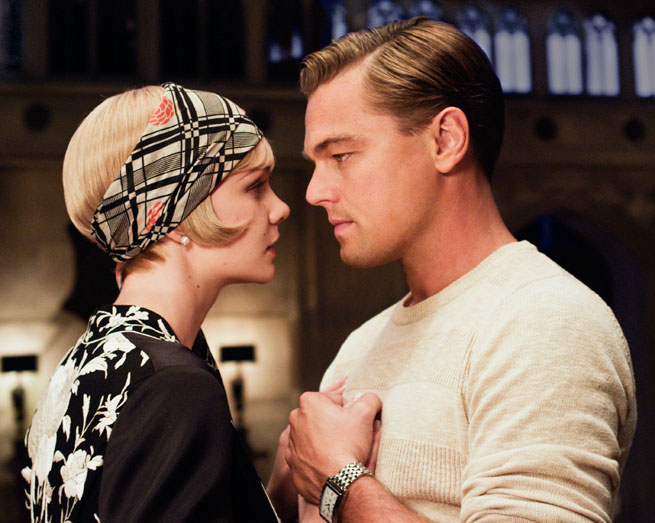 What is The American Dream? Most would agree that it’s a basic formula, of sorts, that if followed correctly, and if the cards are stacked in one’s favor, can produce a normal, perfect life. Unfortunately, though, as much as one tries to achieve the dream, eventually they’ll soon realize that it’s exactly what it’s titled: A Dream.

When simply glanced upon, The Great Gatsby is a beautiful, romantically-saddening fable of impeded love and longing between a man and a woman. However true that is, the more accurate theme of the story encompasses a much bigger picture of decay, rather than romanticism. Although the majority of the story is set within a small frame of only about three months, The Great Gatsby is a comprehensive meditation on the 1920s, and scopes in on the rupturing and disintegration of The American Dream. 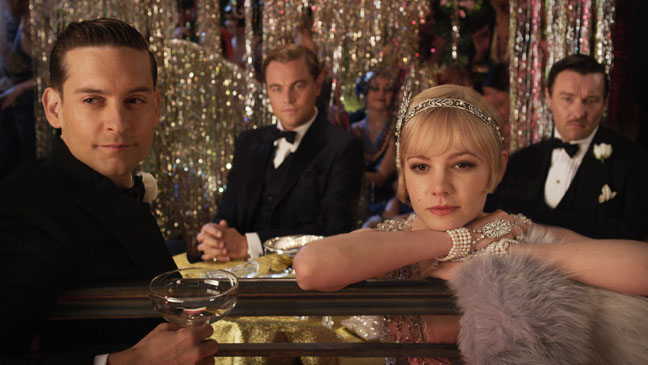 In the novel, F. Scott Fitzgerald accurately displays the 1920’s as an era when material needs were more meaningful than life itself. It was a time of social decay, empty pleasures, and greed. Audacious delights were met through wild parties of jazz music and glittery clothing. The intense desire of acceptance through wealth resulted in the corruption of morals and goals.

The novel is highly symbolic with its characters and settings. The “East Egg” emblematizes the established wealthy, where The “West Egg” holds the self-made wealth; this represents the on-going feud between the “old” and “new” money. Each character embodies a certain social trend. For instance, Jay Gatsby, who fought in the war, represents the average cosmopolitan (as does Nick Carraway, who also fought in the war). The scheming people who attend Gatsby’s opulent parties are a representation of the scramble for wealth and power. 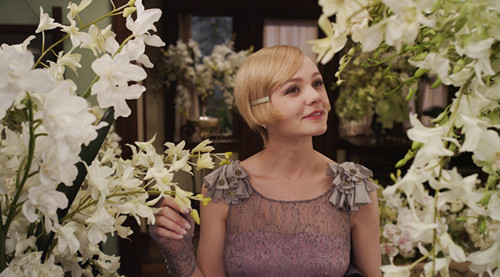 How does one even begin attempting to adapt one of the greatest pieces of literature ever written? Many would shy away from the task. There have, however, been a select few filmmakers that have given it a bold undertaking. Those directors unfortunately failed miserably each time. There have been four tries at creating a decent film adaptation of Fitzgerald’s great novel, but each one is progressively worse than the other. However, and this is a rare occasion, Baz Luhrmann has swung in to save the day through the one thing he knows how to work: extravagance.

The main reason why this film works so well is because Luhrmann and his co-writer, Craig Pearce, know that The Great Gatsby isn’t an exercise in realism, but rather it’s more an epic, lyrical ballad, complemented with light tones of gloss and glitter. So, when adapting from novel to film, they made sure to include plenty of extravagance and beauty, something Luhrmann is used to working with, especially in his highly celebrated Red Curtain Trilogy (Strictly Ballroom, Romeo + Juliet, and Moulin Rougue). So, right from the first shot, a long, tracking movement across a cold, foggy bay revealing the highly symbolic flashing green light, the film is just what it should be: long, epically colored, and lavishly flamboyant, without ever getting too carried away. 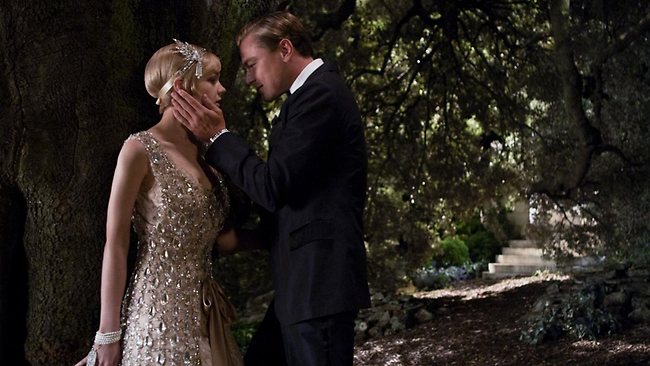 The story, in case you haven’t read the novel (if you haven’t, what are you doing with your life?), follows Nick Carraway as he moves into Long Island’s West Egg. He soon learns he’s the neighbor of a mysterious, wealthy party-thrower, Jay Gatsby. As Carraway is lured into the lavish world of his neighbor, he soon sees through the cracks of everyone’s lives and is pulled into a tragic story of obsession, forgotten romance, and hopeless optimism.

This is probably the tamest I’ve ever seen Luhrmann, with the exception of his 2008 film Australia. The first half of the film heavily features many of Luhrmann’s greatest tactics. Opulent, bombastic, decorative parties pound on as the camera swirls around plenty of times revealing the extreme scale of Gatsby’s life. However, after the first, loud half of the film, Luhrmann pulls back and makes the scale smaller. He maintains the same atmosphere, but instead of relying on gloss, he leans on Leonardo DiCaprio and the rest of the cast to take the wheel. The film suddenly turns into a character study filled with long discussions, plenty of screaming, and some of the greatest acting given by these actors in a long time. 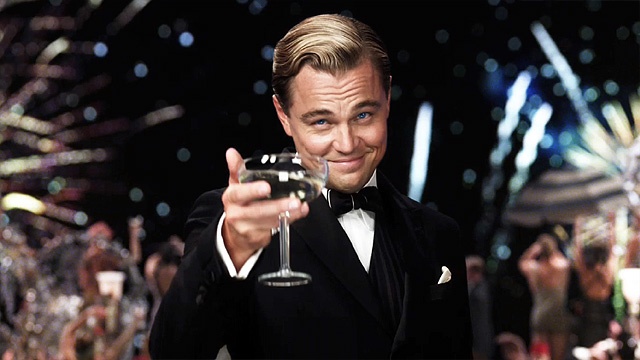 The acting is one of the best qualities of the film. DiCaprio, long overdue for an Oscar now, adds yet another fantastic performance to his filmography. Why the man hasn’t won an Oscar yet, I’ll never know. From his excellent early works, such as his performance in What’s Eating Gilbert Grape, all the way to his disturbing turn in Tarantino’s Django Unchained, DiCaprio has proven himself as one of the greatest actors of his generation. In Gatsby he delivers yet again, and carries the film on his shoulders all the way home.

The casting, done by Nikki Barrett and Ronna Kress, is very close to perfection. The people we see on the screen are the people we see while reading the novel – near replicas, almost. Tobey Maguire is Nick Carraway, Joel Edgerton is Tom Buchanan, and the beautiful Carey Mulligan is Daisy. They become their roles, and so does every other actor in the film as well. Each actor and actress gives each role the perfect treatment, which is unusual. Usually there’s at least one poor acting performance in a film, but I couldn’t spot one here.

The soundtrack is another brilliant part of the film. Almost taking on a character of its own, the music flows seamlessly from one era of music to the next, infusing both 20s jazz-swing with modern day hip-hop, during the parties, and slower music for the romantic scenes. It’s Jay-Z meets Jay G. That new, bold type of risk that Luhrmann willingly dives into, mixing modern and archaic, allows us to envision what the characters we’re watching could be like in today’s world, forming a closer bond between audience and film.

Luhrmann’s vision of F. Scott Fitzgerald’s The Great Gatsby is, for me, one of the greatest adaptations from book to film since 2001: A Space Odyssey. Although it’s not very fair to compare films to 2001, because most movies would pale in comparison, Gatsby serves as an odyssey of its own strengths. Luhrmann successfully and gracefully has created a whole different, more delectable sense of film viewing with his vision, and with that has made one of the greatest films of 2013. As the film ends, we want to reach out for more, just as Gatsby grasps for Daisy’s blinking green light.