Speaking of making film dvds,nobody does it better than Criterion.But they can not release all the films ever made,so it is necessary to be aware of other dvd companies in other countries and regions.

If you are a regular visitor of DVDBeaver,you might recognize some brands below,but I bet there are some you have never heard of.I will only give a brief introduction to some of them,you can click the link in the name of the company(brand) to know more.

The famous thing about Kino is it’s box sets.They released many fantastic ones like German Expressionism Collection,Buster Keaton Collection,American Silent Horror Collection etc.Also,if you are a fan of early films like D.W.Griffith or Russian Silent Cinema,you can also be satisfied with their catalog.
#2 Blue Underground

Cult film fans would love it!!

First thing first,Eureka also releases other dvds besides Master of Cinema Series,but MOC is their essential product.Their great contributions are the German Expressionism and Japanese cinema.If you are a fan of these 2 themes,you should check it out.They share similar taste with Criterion,that’s why they have many dvd releases in common.
#4 Second Run

This is a company which has its own characteristic,their main focus is East European films.They helped me discovered directors like Juraj Herz,Miklos Jancso,Frantisek Vilacil,Andre Zulawski etc.I have to say,thanks to SR,I developed a love for East European films,they are all wonderful.
#5 Artificial Eye 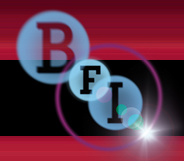 BFI is a organization with long history,they do not only distribute dvds,but also film-related books.There aren’t too many dvds in its catalog but they are varied worldwide.
#7 Studio Canal(Studio Canal Collection)

Studio Canal Collection only contains very few dvds,but every one is of great quality.The covers are very unique,and they make me buy all the time.
#8 Optimum

The reason I love Carlotta dvds so much is its bonus materials,they pack great extra stuff in the dvd.If I encounter a film I really love but there is not enough bonus in CC or MOC,Carlotta will always satisfy me.And I do like their taste of picking films too.
#11 HK Video

I’m so glad that there is a dvd company dedicated to release HK  and other Asian classic commercial films.Those films are great entertainment and should never be ignored.
#12 Wildside

The only Chinese dvd company on the list,their covers of Three Color Trilogy really impressed me.

My view is limited,I’d like to hear what other great dvd companies(brands) you guys know.If this list is all you know,talk about your impressions of them.