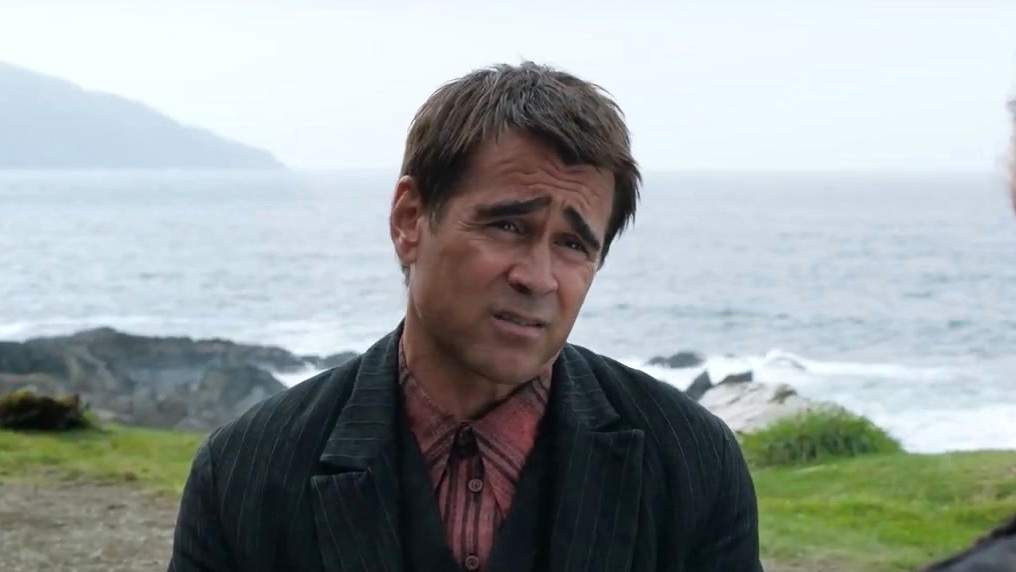 “All my work shares a balance between black comedy and sad, despairing melancholy.”

London Irishman Martin McDonagh began his career in the mid-‘90s as a playwright – an enfant terrible of the inflammatory ‘In-yer-face theatre’ movement. His blood-spattered dramas, such as The Beauty Queen of Leenane, are chiefly set on or off the west coast of Ireland (his parents’ birthplace). Though McDonagh persists as one of Ireland and Britain’s greatest living playwrights, he confesses he holds a “respect for the whole history of films and a slight disrespect for theatre.” His plays feel cinematic and he always desired to break into the film industry.

In 2004, he achieved this ambition with Six Shooter. Despite it being his first cinematic effort, the short garnered him an Academy Award. Since then, he’s gone on to write and direct four acclaimed features. He names Sam Peckinpah, Akira Kurosawa and Sergio Leone as among his favourite directors. Dramatists Samuel Beckett and Harold Pinter have also left an impression on him.

In spite of their perfunctory cinematography, each of McDonagh’s movies are tragi-comic masterpieces in their own right. His writing addresses deep, relatable issues, at the same time as entertaining audiences with laugh-out-loud dialogue. Fundamentally, he communicates the raw pain of the human experience. This expression functions to encourage a discussion and resolution of these issues in society at-large. His concerns stretch from guilt to racism to loneliness. In similarity with Bob Dylan, he holds the ability to embroider important messages into enthralling genre pieces. A McDonagh movie is never without its chasm of wisdom.

Akin to Tarantino, he’s one of few auteurs whose movies are a festival unto themselves. Audiences flock to experience them in the cinema, in the knowledge they’re guaranteed laughs, heart, realistic characters, gunfights, the best of Irish humour, white rabbits and a message. In essence, his work helps us see the good in everyone. 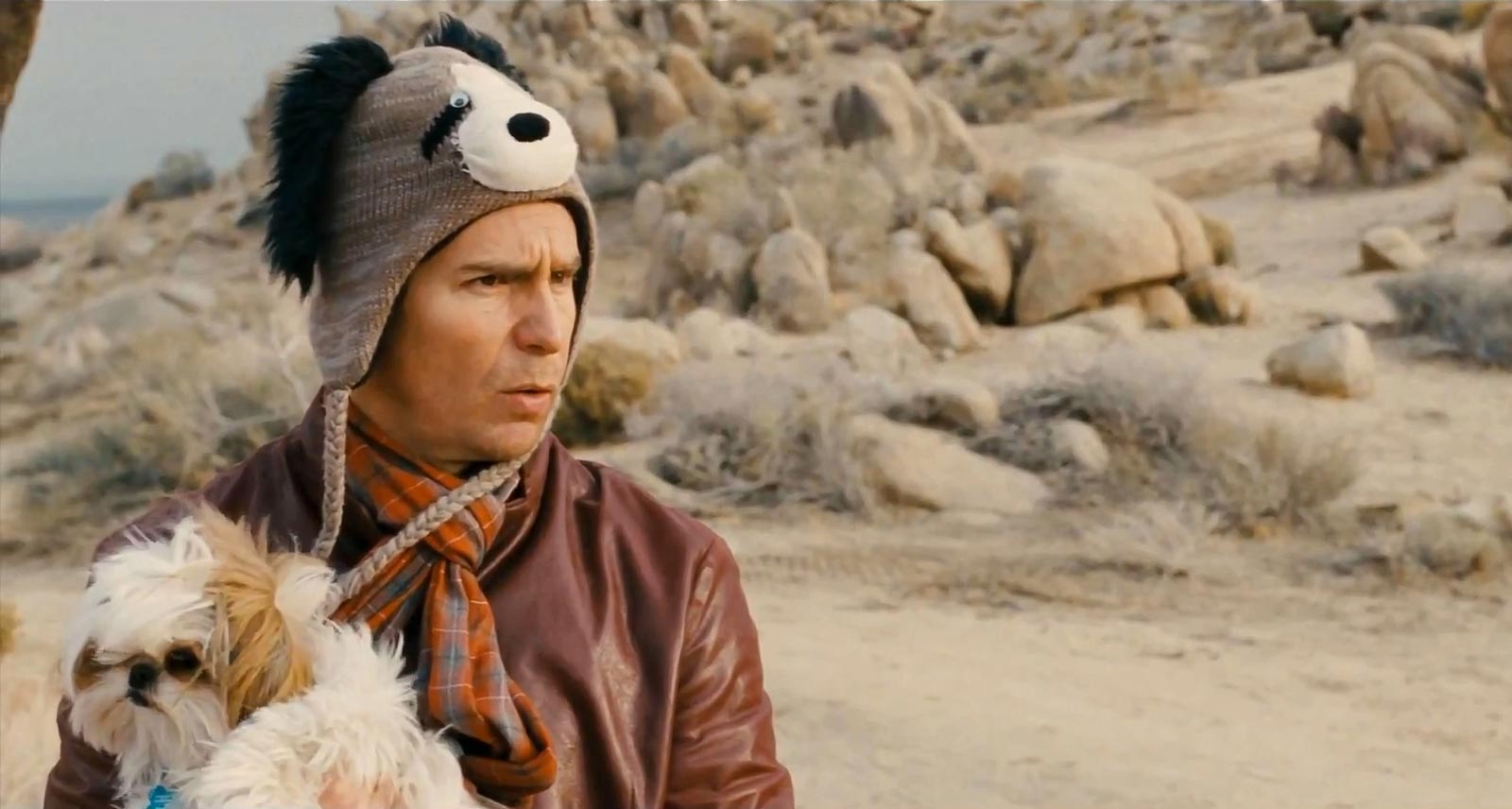 The film’s protagonist is suffering from writer’s block. Similarly, Seven Psychopaths feels as though McDonagh is struggling to decide what to say in his uneven follow-up to In Bruges, which, conversely, had a lot to say. It fails to affectively articulate its intended moral of peace. The recreation of Thích Quảng Đức’s 1963 self-immolation plays as a vague, inconclusive exploitation of Buddhist philosophy. What is more, the appropriation merely serves as a narrative device to enshroud the film’s indistinct, rather basic armature. The communication is further hindered by the lazy production design and unimaginative costumes. Regardless, McDonagh is incapable of making a bad film and Seven Psychopaths is no exception.

It will delight fans of comedies and pulpy crime flicks. McDonagh perseveres in making his audiences consistently howl at his naturalistic dialogue. Subverting genre conventions, the mobster Charlie Costello (Harrelson) has a sweet side in conjunction with his hot-headed psychopathy. The worriment over his dog’s kidnapping drives him to the tears and whimpering of a little boy, making for many of the film’s funniest moments. Academy Award-winners Sam Rockwell and Christopher Walken particularly shine as comedians, in contrast to Farrell, who is purposefully more subdued than in prior roles – playing the ‘straight man’ counterpart.

Alongside sculpting a satire and meta-deconstruction of cinema violence, Seven Psychopaths rewards viewers with a laugh-a-minute ‘hang-out movie,’ where one gets to spend time with its hilarious, peyote-guzzling characters. It’s also a very touching piece. It crafts a delicate portrait of Myra (played by the spellbinding Linda Bright Clay) overcoming cancer. It contemplates grief, revenge, true love, unity, the afterlife and friendship. Like all of McDonagh’s work, Seven Psychopaths allows audiences to see the good in every person, in spite of the negative actions they’ve perpetrated. 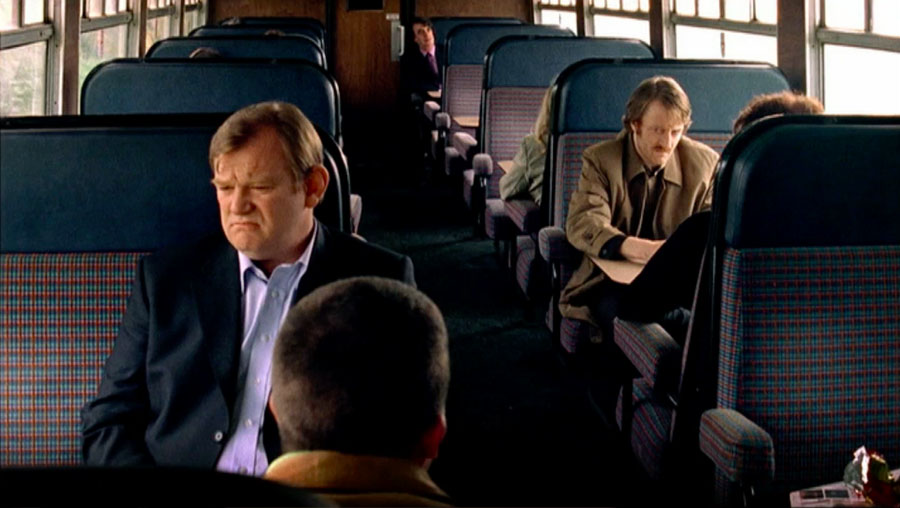 McDonagh won the 2006 Academy Award for Best Live Action Short Film for his premiere cinematic foray: an ‘Irish western.’. It marked the first of 3 collaborations with The General star Brendan Gleeson. He plays Donnelly, who meets a dangerous young man (Rúaidhrí Conroy) on the train home. It co-stars Gleeson’s son, Domhnall, as well as Gary Lydon and David Pearse, who, 18 years later, would appear in The Banshees of Inisherin.

Six Shooter is McDonagh’s most savage and tragic film. It examines the difference between treating others with respect or irreverence. McDonagh asks his audience: how does your treatment of others affect them emotionally? How would you ideally like to treat others? More broadly: is there a God, if so many lives are taken brutally and unfairly? Is it ever right to take a life? How does a person justify murder? How can we transcend grief?

With great economy, Six Shooter establishes the themes (and white rabbits) McDonagh would go on to develop in his features. Like Wes Anderson’s best writing, it proved to be a successful experiment in the tightrope between comedy and tragedy. Surpassing the brevity of its form, the characters are fully-realised, believable and layered. Comedy aficionados will discover a pub yarn vignette concerning a cow.