Who doesn’t like a good scare? Audiences have flocked to horror films ever since their very inception. Serial killers, ghosts, vampires, and all sorts of monsters, even those within ourselves, have sent shivers down our spine, raised goosebumps, and quickened our breath on the big screen. Drawing up the greatest horror movies of all time all into one list is a challenging task, but with Halloween approaching, we’ve decided to pull from over a century of cinematic history to round up the cream of the crop.

Horror encompasses a wide range of films, and while there may be a few regrettable omissions, we tried our best to capture the diversity of the genre — from silent era touchstones, Giallo slashers, supernatural shockers, J-horror ghost stories, and elevated psychodramas from all kinds of eras and countries. So, in the interest of fairness, we had to lay down a few ground rules: a director or franchise could only be represented once, and no comedy spoofs were allowed (sorry, ‘Shaun of the Dead’ fans!). Not all the entries in this list strictly abide by the standard genre norms, but all 20 are guaranteed to make the hairs on the back of your neck stand on end. Proceed with caution.

Long before ‘Psycho’, ‘Jaws’, or ‘Alien’ — or even ‘Nosferatu’ for that matter — there was ‘Dr. Caligari’. Described by Roger Ebert as the ‘first true horror film’, it’s virtually impossible to talk about the watershed movie of German expressionism without referencing the influence it wielded on set design, storytelling, and the horror genre as a whole in the past century.

The very concept of an unreliable narrator as a narrative device to re-frame the story later on has been emulated in everything from ‘Rashomōn’ to ‘Shutter Island’. That’s without mentioning the haunting world of shadowy alleys, vertiginous staircases, and stark buildings that ushered in a new era in filmmaking and still remains a visual wonder today. Even though the centenarian story, concerning a demented hypnotist who uses a somnambulist to commit horrific murders, will hardly quicken your breath, this is still essential viewing for any horror enthusiast worth their salt. 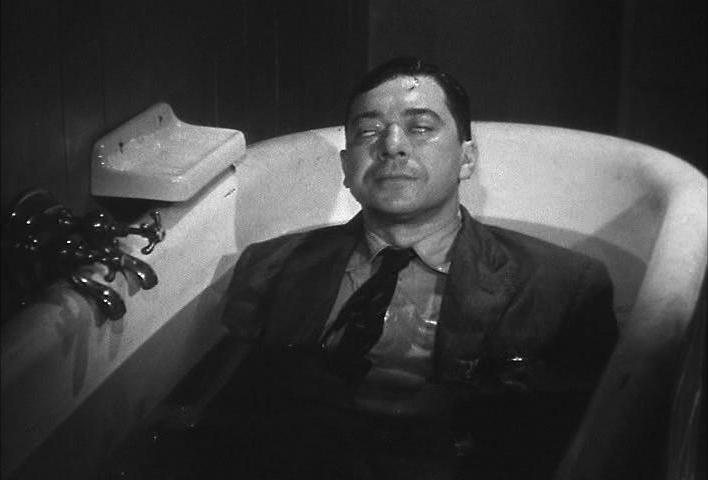 So suspenseful and cleverly constructed that the unofficial tagline for this film simply reads “the best film Hitchcock never made”, HenriGeorges Clouzot’s opus withstands the lofty comparisons with a masterful treatise in misdirection that will keep you guessing for two heart-squeezing hours.

The bruised dignity of an abused wife and a vengeful mistress is captured with mighty rapture in ‘Les Diaboliques’, where two resentful women hatch a murder plot together to off the cruel headmaster of a boarding school that keeps tormenting them. Things take a sudden turn, however, when his deceased corpse suddenly vanishes into thin air — or so it seems. Keeping the viewer at arm’s length, ‘Les Diaboliques’ will keep you glued to the screen before knocking your socks off with one of the greatest rug pulls ever put on film.

Few films have instantly seeped into pop culture the way ‘Get Out’ did five years ago. Jettisoning comedian-turned-director Jordan Peele to international prominence, this film tells the story of a young African American photographer (Daniel Kaluuya) who travels upstate to visit her white girlfriend’s liberal parents. On the heels of the turbulent 2016 election, Peele’s walloping directorial debut touched a raw nerve by delivering an uncompromising portrait of race dynamics and privilege in contemporary North America.

It certainly helps that the first-time director managed to expose these terrifying realities with such pinpoint accuracy, but much of the film’s staying power lies in how the political subtext is seamlessly incorporated into a disarmingly-funny thriller — one that grows more disturbingly urgent with each passing day. 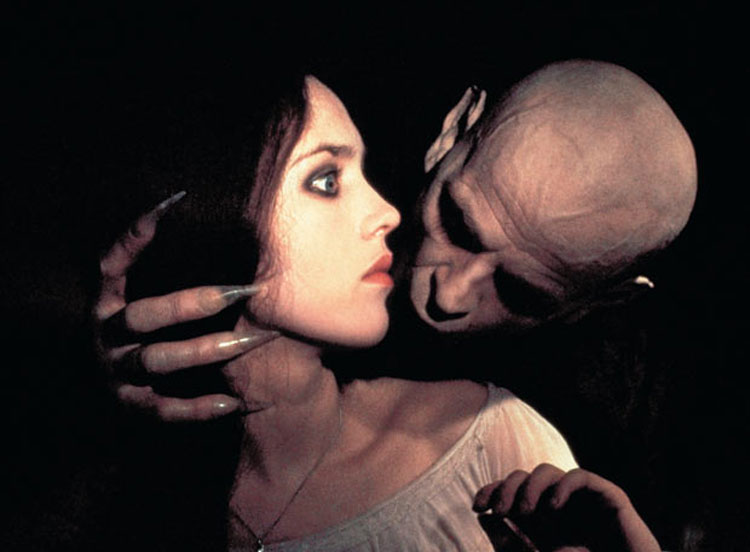 Bram Stoker’s Count Dracula is the most adapted literary character in film history, with over 500 recorded filmic outings to his name according to the Guinness World Record. Among that rich cinematic heritage, a handful of entries stand out. The purists will point out Murnau’s 1922 silent classic, an unauthorized portrayal that revolutionized cinema as we know it. Other highlights include the 1931 Universal film starring Bela Lugosi, the ’70s Hammer movies with Christopher Lee, and the 1992 Francis Ford Coppola rendition.

But although all of the aforementioned titles deserve praise for cementing his legacy in the pantheon of horror villains, Werner Herzog’s is still to this day the quintessential incarnation of the Transylvanian prince of darkness. The broad strokes remain the same; but Herzog’s reverential homage to Murnau and Stroker delivers a breathless convergence of poetic imagery, primal fear, and mass hysteria only upstaged by two knockout performances by Klaus Kinski and Isabelle Adjani. Not to be missed. 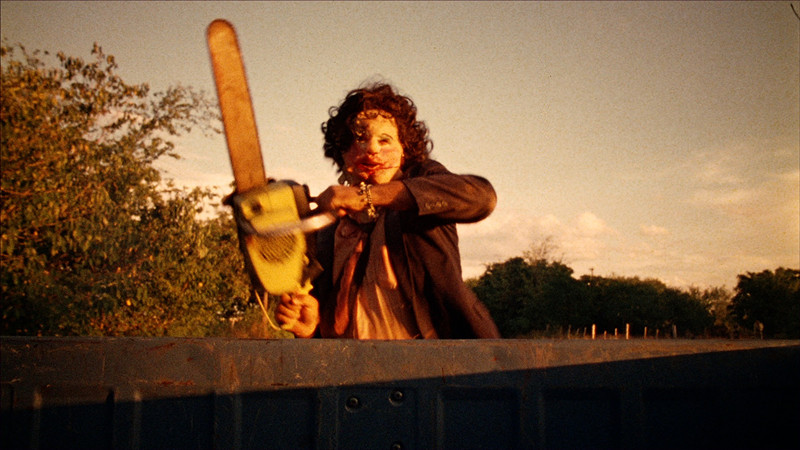 Partially inspired by the real-life story of a ’50s Wisconsin serial killer, a group of five friends traveling across the sun-blazed Texas countryside stumble upon a cannibalistic clan featuring a chainsaw-swinging, masked maniac. If the barebones synopsis for Tobe Hooper gnarly slasher feels overtly derivative nowadays, it’s only due to the countless films that it inspired in its wake.

Shot for just $140,000 with unknown actors, the original ‘Chainsaw Massacre’ is the godfather of the modern slasher as we know it. Even though its gory slash fest rattled censors at the time and slapped an R-rating on the film, it instantly became a smash hit in the box office, ushering in a new era for DIY, low-budget horror. One could argue that its budget limitations play to the film’s strength, instilling it with a raw, primitive intensity that far glossier Hollywood spectacles have struggled to replicate. ‘The Texas Chain Saw Massacre’ beckons to be revisited every once in a while. First-timers, however, will have a tough time shaking this blistering jolt of terror out of their systems. 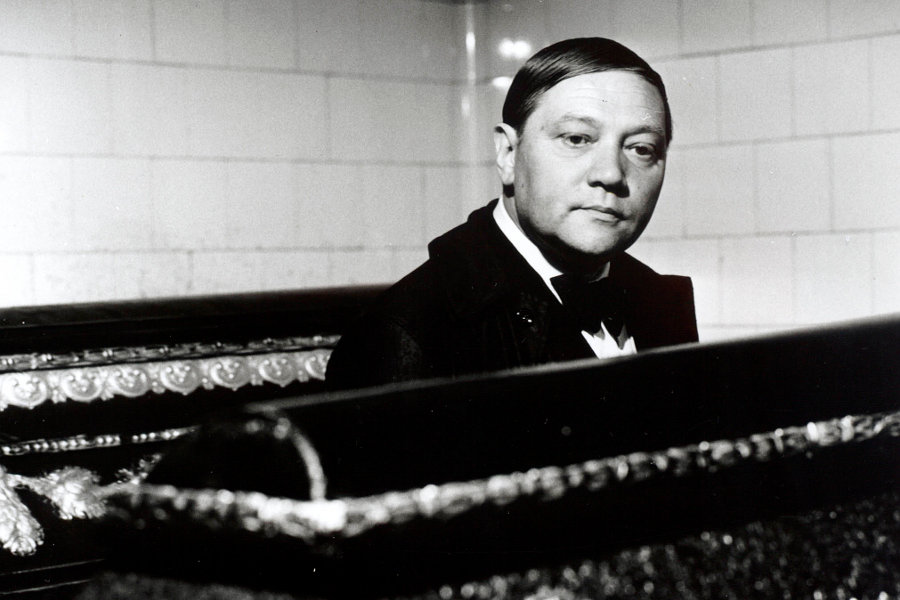 From the very first frame, you can sense that there’s something uncannily wrong with Mr. Kopfrkingl, an off-beat, megalomaniac crematorium manager who believes his job ‘liberates the souls of the dead’, and who guides us through his daily routines, family dinners, and meetings with old war buddies in 1930s Nazi-occupied Prague.

At the intersection of pitch-black comedy, absurdist surrealism, and no-holds-barred political statement, ‘The Cremator’ bluntly illustrates the banality of evil, and the willful denial required to live through the worst atrocities known to mankind. As our delusional titular character conforms to the expectations of those in power to keep his head above the water during the Nazi occupation, we begin to realize how deep the director is prepared to burrow into the pit of human misery. Not a film for everyone, but one so morbidly provocative you’ll have a hard time prying your eyes away from it.

Robert Eggers announced himself in striking fashion with this scorching indictment of religious zealotry set in 17th century New England, in which a Puritan family gradually implodes from within after being exiled to the fringe of the Massachusetts wilderness. What follows is an effective brew of gnawing paranoia, foreboding mood, and an intersection of misfortunes pinned down on young Thomasin (Anna Taylor-Joy) — all leading up to an ungodly gut punch that had genre fans shrieking.

‘The Witch’ launched its director and lead actress onto the world stage and instantly became the definitive emblem of A24 and ‘elevated horror’. Whether you’re a fan of the studio or that particular terminology, there’s no denying the fact that it’s become the measuring stick by which all occult-tinged movies are judged these days.

‘Funny Games’ isn’t a movie you recommend to someone so much as one you inflict on them. A home invasion movie where a bourgeoisie family is brutally tortured by a pair of sadistic psychopaths, this nihilist Austrian film puts its characters through the wringer for 109 emotionally-fraught minutes and chastises the audience for pleasurably spectating the carnage through their screens.

If Wes Craven set the stage for a wave of self-referential scares that poke fun at the audience and themselves with ‘New Nightmare’ and ‘Scream’, then Michael Haneke’s incendiary thriller burned that trend to the ground. Are we guilty of all the schlocky, morbid violence we pleasurably spectate from the comforts of our seats? You will have to wrestle with this and many other moral quandaries once you’re finished with ‘Funny Games’, or rather, when ‘Funny Games’ is finished with you.

If one were to arbitrarily demark the history of horror cinema, then few films would make for a worthier line than Alfred Hitchcock’s opus. There’s clearly a before ‘Psycho’ and an after ‘Psycho’ both in the entertainment industry and the broader pop-cultural imagination.

Topping off an unrivaled directorial streak preceded by ‘Vertigo’ and ‘North by Northwest’, the master of suspense unleashed an unshakable cinematic experience in the fall of 1960, treating viewers with a horror film like nothing else that came before it. Few sights have endured the test of time as gracefully as Psycho’s 45-second shower scene, in which Janet Leigh’s Marion Crane meets her unfortunate fate at the hands of one of cinema’s capital-V Villains. Its legacy as a cultural touchstone is practically unmatched, but make no mistake, even today’s audiences will need a strong stomach for this ride.

Horror villains come in different shapes and forms, from deranged psychopaths, Satanic monsters, and ghostly spirits. The best ones never fail to send shivers down our spines, quicken our breath, or even skip a heartbeat. Few, however, will ever get under your skin like the seemingly ordinary man at the crux of this European nail-biter.

A Dutch couple is enjoying a biking holiday in France when they decide to make a quick stop at a gas station. Suddenly, the girlfriend disappears. What follows is a bleak examination of grief, obsession, and despair masquerading as a standard cat-and-mouse game that culminates in a viscerally dispiriting climax — one that will seep into your bones and keep you up at night for years to come. Proceed with caution.