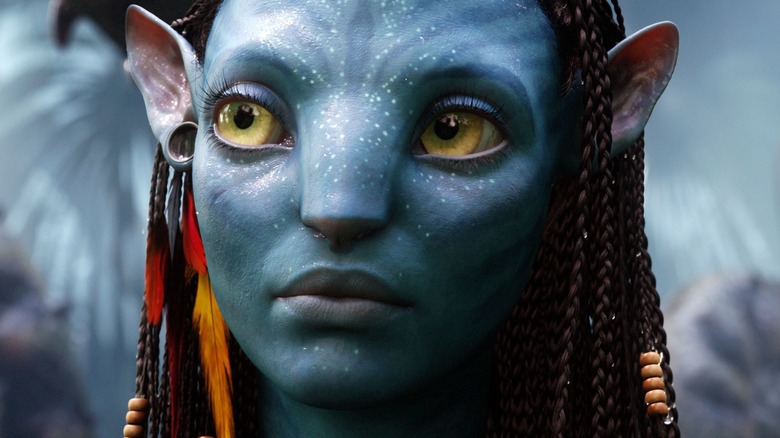 Never bet against James Cameron. That much should be common wisdom by now considering his peerless track record, which includes a treasure trove of awards and a staggering total of $6+ billion amassed at the box office so far in his career. By just about any metric, no filmmaker has come close to being as commercially successful on such a consistent basis as the Ontario native; a man who time and again has defied insurmountable odds and pushed boundaries with pioneering mainstream juggernauts. That even in today’s theatrical landscape and streaming age the veteran director continues to be trusted by studios with gargantuan budgets is a testament to his talent and reputation as one of the most reliable crowd-pleasers in the industry.

After making moviegoers anxiously wait 13 years for the follow-up to his 2009 smash-hit, James Cameron has finally returned to the moon of Pandora in “Avatar: The Way of Water”, a long-gestating blockbuster that makes good on its lofty expectations as a visual spectacle unlike anything before it. Clocking in at over three hours and boasting a hefty $400 million price tag, Cameron’s new film checks on ex-Marine Jake Sully, Neytiri, and their Na’vi clan, who now face a new threat a decade after the events of the original film. Hot on the heels of his latest offering, easily one of the biggest releases of the year and essential 3D big-screen viewing, let’s see where it lands among his stacked filmography. 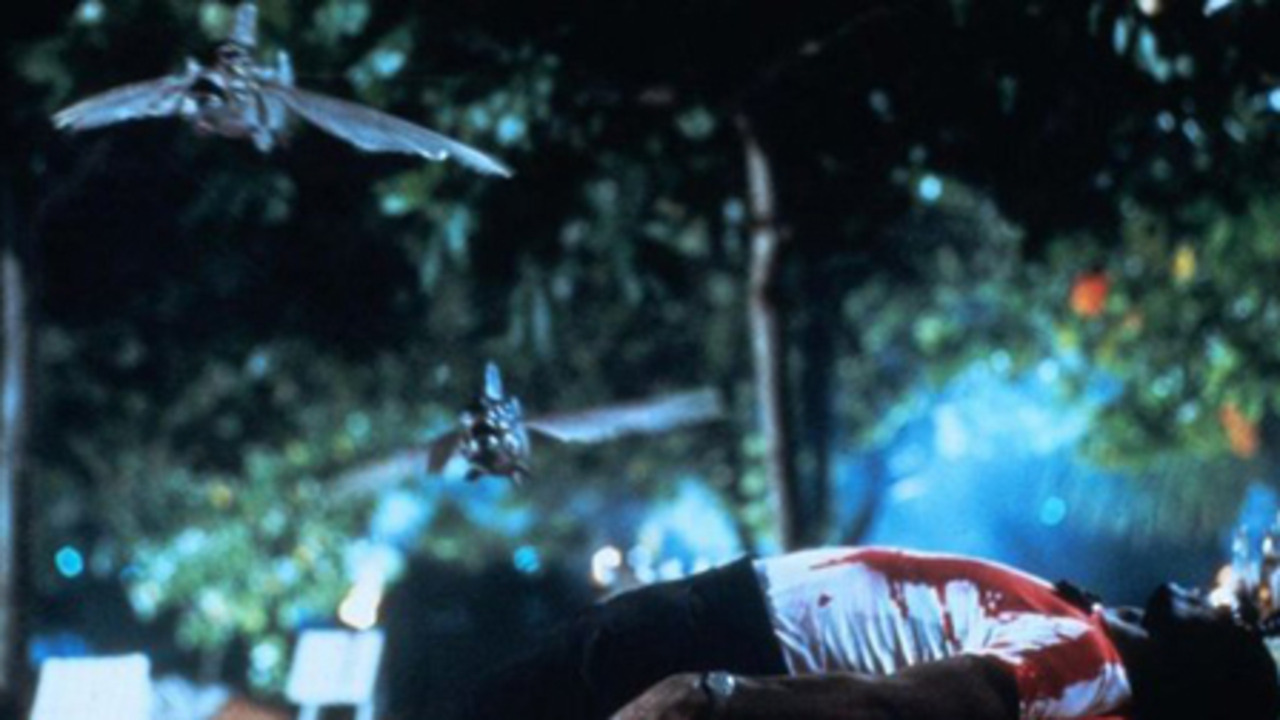 Though pretty much a James Cameron film in name only, this schlocky sequel to Joe Dante’s B-movie saw the visionary director take his first real steps behind the camera before being fired by executive producer Ovidio G. Assonitis during production.

Saddled with a troubled shooting and budget constraints, “Piranha II: The Spawning” is a total misfire that has long been disavowed by its own creator and is hardly acknowledged by his legion of diehard fans. Centering around a series of bizarre murders linked to a mutant strain of flying (yes, flying) piranhas, this 1982 cult classic shows few, if any traces of brilliance that Cameron would later display in future offerings. And though “Piranha II” never truly manages to achieve flight, it does feature a few impressive underwater sequences that would lay the groundwork for future films (“The Abyss”, “Avatar: The Way of Water”) and gave us a glimpse at the director’s career-long fascination with undersea worlds. Though far from a stellar debut, it’s easy to give Cameron a pass considering the little creative control he wielded. 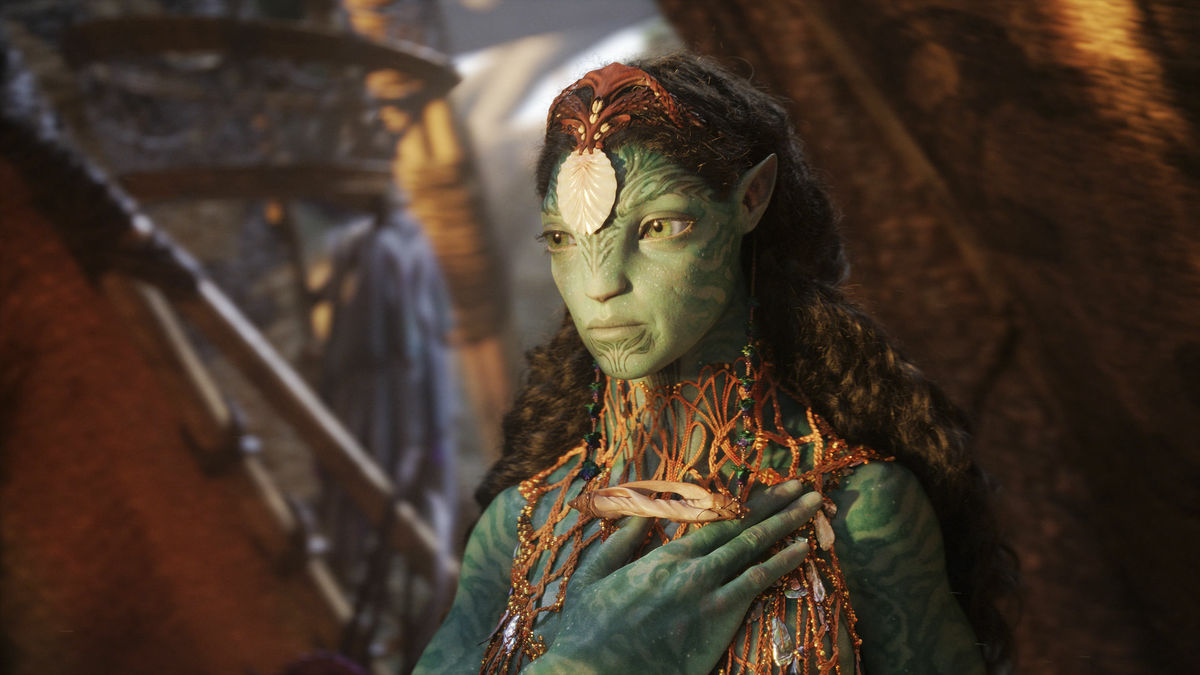 The odds seemed to be stacked against Cameron to come out with something that’d feel remotely as groundbreaking and transportive as the box office juggernaut that inspired a resurgence of 3-D 13 years prior. On many fronts, the second installment in the “Avatar” franchise makes good on its promise as a dazzling sensory spectacle that, if anything, stands as concrete proof that even in today’s grim theatrical landscape, certain movies are meant to be watched on the biggest screen possible.

Catching up on Jake Sully, Neytiri, and their blue alien children, “The Way of Water” expands the scope of Pandora while rehashing many themes (and cartoonishly underdeveloped villains) of its predecessor. Writing has admittedly never been the director’s forte, and this film more than any other Cameron film to date hinges on gaudy special effects and high-end mo-cap technology to do all the heavy lifting. Years from now, you’ll hardly recall much of the generic plot and characters, but some of the eye-popping vistas and underwater scenes here will probably remain embedded in your visual cortex. As long as you don’t mind turning your brain off for a little over three hours, “The Way of Water” is an immersive thrill ride worth the wait. 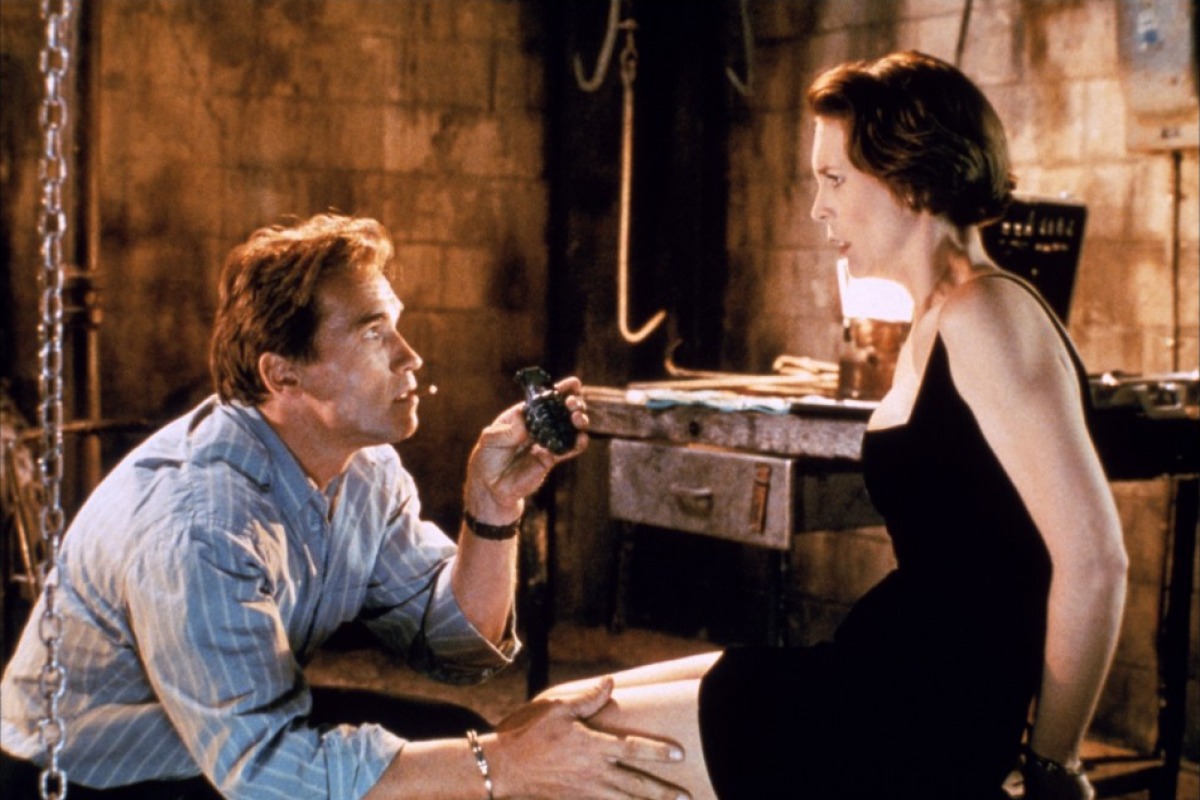 After turning Arnold Schwarzenegger into a bona fide silver screen legend as well as the defining Hollywood stars of his era with the “Terminator” series, James Cameron joined forces with the former bodybuilder for a third and final time in “True Lies”, an action-comedy caper that became the first +$100 million production ever — quickly surpassing a record previously held by “Judgment Day”.

Having tried to buy the rights for “Jurassic Park” to no avail a year prior, Cameron came back with a popcorn mega-hit of his own in this romp on Bond spy movies starring Arnold as a globe-trotting U.S. government secret agent who leads a complicated life, fending off international terrorists in high-stakes missions while juggling marital problems at home. Though not as memorable as his mighty one-two punch of boundary-pushing technoirs, “True Lies” manages to pack a wallop under the guise of an old-fashioned Hollywood actioner, finding a pitch-perfect blend of light-hearted comedy, pulse-pounding set pieces, and surprising turns without ever overstaying its welcome. 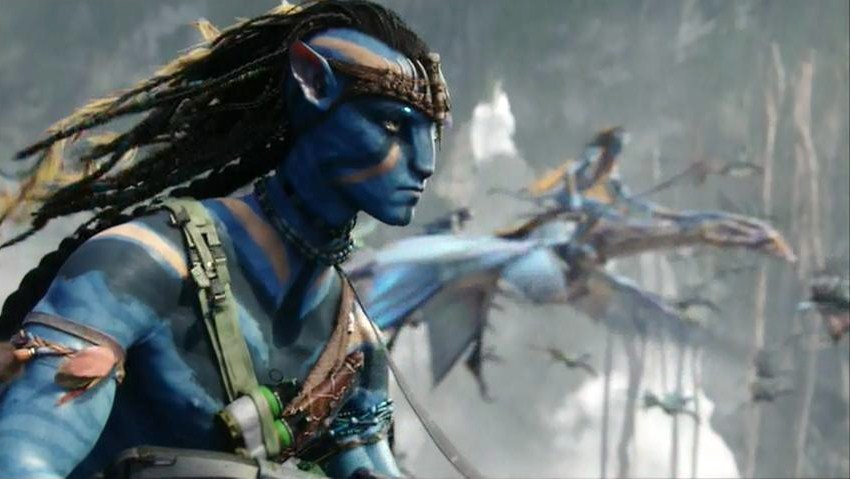 Believe me, I’ve heard all your complaints about “Avatar”. No cultural impact. Forgettable characters. Bland white savior narrative that not only feels recycled but terribly outdated. The once-groundbreaking CGI doesn’t quite awe you as it used to. And yet, whether you dismiss Cameron’s box-office juggernaut as blue “Pocahontas” or “Dances with Wolves” in space, there’s simply no denying its status as a pop culture phenomenon that changed moviegoing forever.

Admittedly, there’s some truth in that the technological wizardry and jaw-dropping CGI scenery will forever be the film’s prime calling cards. But whether you remain unimpressed by the by-the-motions anti-colonialist tale of a paraplegic Marine turned Na’vi warrior, “Avatar” made good on its promise strictly as a revolutionary theatrical experience. Rarely have modern blockbusters felt as grand, fresh, and evocative as the world Cameron conjured up in the fall of 2009. And with the advent of pre-existing IPs in today’s cinematic landscape, there’s an added novelty to having this film edge all others for the all-time box office crown.