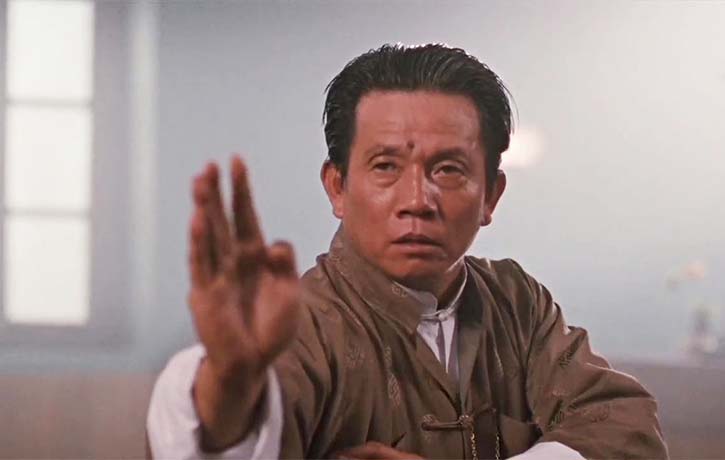 When you think about it, martial arts cinema is not too different than musicals. We’re not here for realism much, but rather to see impressive choreographies and great physical performances. Cinema is great medium for martial arts in that sense because there are a lot of platform to explore what you can express with physicality and the rhythm. If we also get a fine character development and solid story to accompany these great fight scenes, it’s even better.

To average film-goer, the genre could be associated with only most popular films of Jackie Chan and Jet Li. As great as they are, there’s more to the genre. Even those two have a lot of hidden gems in their filmography. So if you have seen only the most popular martial arts films and want to know some more that you haven’t seen or heard before; hopefully this list will help you a bit. If you’re an avid martial arts films fan who had seen all of those, then well, re-watches are always good. 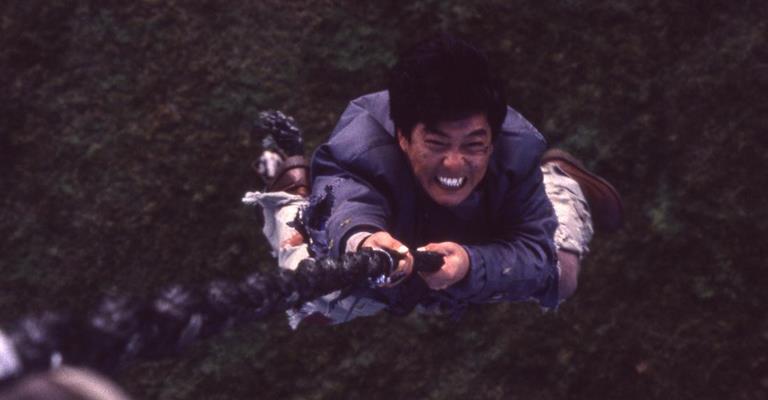 Also known as “Above the Law”, the film stars two of the biggest Hong Kong action stars – Cynthia Rothrock and Yuen Biao, “Righting Wrongs” is directed by Corey Yuen who is one of the finest choreographers in Hong Kong action cinema. Biao plays by-the-books prosecutor who finds himself in a hard situation. His mentor gets killed and he realizes there’s almost no way to get the bad guy arrest. When he turns out to be some sort of vigilante, Hong Kong police department starts action. They send their senior inspector Cindy (Rothrock) to find the killer but both find themselves in a bigger conspiracy.

“Righting Wrong” has more complex plot than your average 80s Hong Kong action film. It not weak on drama which makes the experience even better. The acting is unusually strong, you get a sense that these people are not there only for “ass-kicking” but there’s a plenty of great action as well. The cinematography and editing in the film are impressive enough also, They give fight scenes a certain rhythm. And of course, fights? They all are great as you expect them to be. Only disappointing side is Biao and Rothrock don’t get to do any team-up fight but that’s alright. Action is still cool and the film is more shocking than you would expect it to be. There’s a good villain and great climax also. What else one would need? 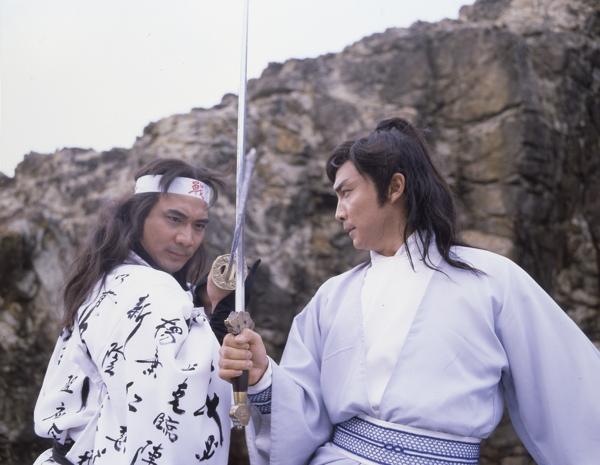 16th century, Ming Dynasty era. Every ten years the greatest swordsman from Japan faces the greatest swordsman from China in a duel to the death for their nation’s honor. Ching Wan, a student of the Shaolin Temple is the chosen Chinese representative in a one-on-one duel with the Japanese. He has to face Japanese champion Hashimoto. However, the plot is not that central “Duel to the Death”.

Director Ching Siu-tung will make other great stuff with “Swordsman” films and “Chinese Ghost Story” films (watch them as well if you haven’t). This one is his feature film debut and the talent is evident in every frame of the film. The action scenes are simply wonderful and the images becomes almost haunting, with some really cool surreal touches. Even though the plot itself is not that complex, there are still very interesting points and enough of character development to be found here. The acting is surprisingly strong also and the film avoids making some one-note villain but instead our Japanese character plays out more like an anti-hero. All in all, “Duel to the Death” is a strong film, visually and thematically. The plot may not be unusual but subtext makes it richer and the fighting scenes makes it all worth-watching. 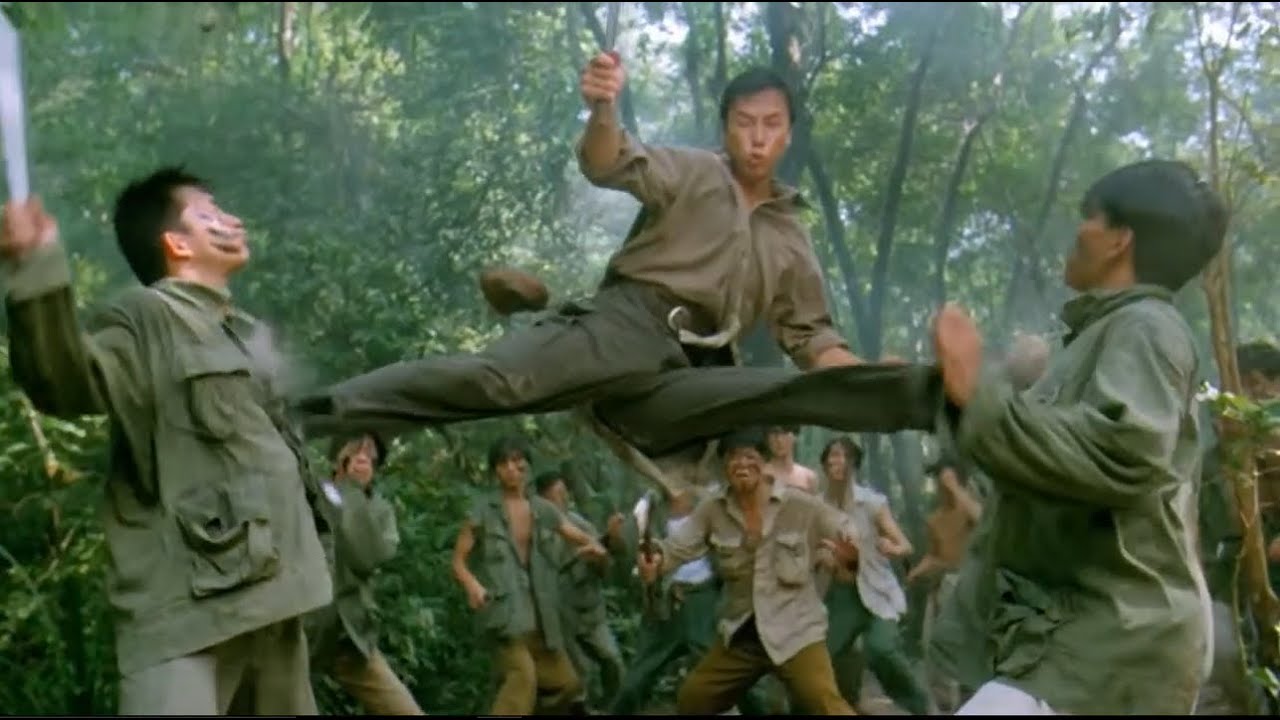 Donnie Yen’s career path had been unusual. He made it big with “Tiger Cage II’ and “In the Line of Duty 4”. His fighting skills were amazing and “Iron Monkey”, an excellent film made him a big name in Asian cinema. The whole world, especially West catching up with his stuff took a lot longer – with “Hero” (2002). Years later, he introduced himself to new generation again with “Yip Man”. His career, however, had always been full of films where he showed his remarkable and highly impressive skills.

“Legend of the Wolf” is one of those movies that gives him a chance to show his charisma as a leading man actor but it’s also notable for being all-around Donnie Yen film. He directed it, he wrote it and he produced it. Yuen Woo-ping has directed him to awesome scenes but here he’s showing that he’s now reached the level of making great choreographies himself and directing it. The plot here is not unusual, in fact it’s bit basic and clichéd to some degree but you’re not here for that. If you’re watching this film for some great narrative, you’re in the wrong place but you want to watch back-to-back awesome action scenes? Then “Legend of the Wolf” is right up your alley. It’s also one of top-tier Donnie Yen films in terms of showing his martial arts skills. But having a typical plot shouldn’t confuse you, it’s a film that never loses its rhythm and there’s even bit of a comedic aspect as well. 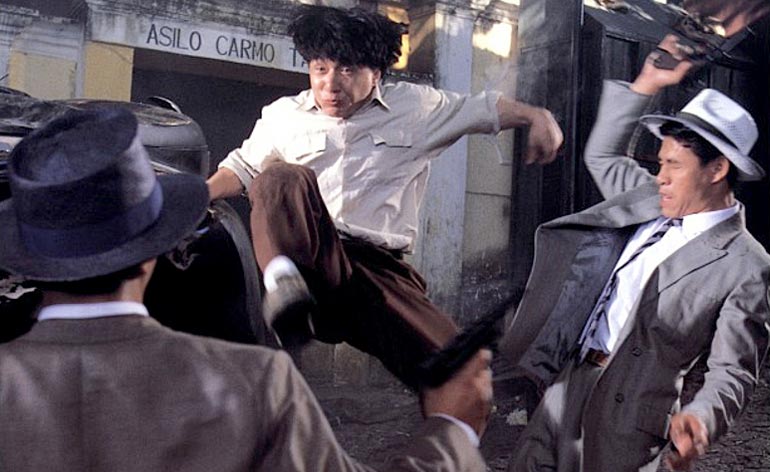 Even Jackie Chan has some underrated gems. How he couldn’t? He had been in so many movies. The film is not stranger to his fans but those who don’t necessarily explore his filmography may have rarely get to hear about “Miracles”, which is directed by Jackie himself. One thing we forget always that Chan is a very capable actor. We know that he’s a master comedian, wonderfully adapting Buster Keaton’s style into his choreography but he’s also a good dramatic actor as shown in “Crime Story”, “New Police Story” and “Thunderbolt”.

This film is set in 1930s Hong Kong and is a variation of Frank Capra’s Lady for a Day (1933) and Pocketful of Miracles (1961) and shows how Chan wonderfully can adapt as an actor into a totally different kind of environment. Miracles is Jackie Chan’s favourite amongst his movies and the one in which he invested the most time and care. Costumes, camera work and the great, late Anita Mui are all amazing. Maybe because it was little different than your usual Chan vehicle, it got bombed at the box office which is a shame because it’s a must-see for every Chan fan for all these reasons stated. And of course, martial arts scenes are impressive as well. It’s Jackie, overall and his stunt team has choreographed some wonderful moments that would satisfy the fans. 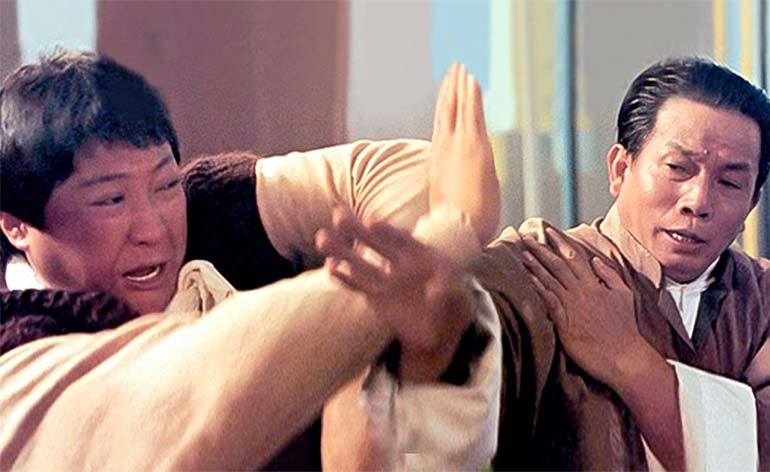 We had Jackie, we had Yuen Biao, so we can’t just skip Sammo Hung, an absolute legend of his craft. Lo Tung, Bonbon Sucré, Shan Cha and Pot de Riz all work as bicycle taxi drivers in Macau. In the city, a prostitution ring is tyrannically run by Master Yu and his henchmen. Their lives remain more or less peaceful apart from a continual quarrel with Tan’s gang. Lo Tung falls in love with Ping, an employee of a bakery, while Bonbon Sucré falls in love with Hsiao Tsui, who turns out to be a prostitute working for Yu. And you can imagine what happens next.

“Pedicab Driver” finds Sammo Hung at some of his peak moments; up there with “Eastern Condors”, probably his best leading role. Starts mostly comedic, just right dose of slapstick humor you come to expect from such films but then the fight scenes start, things get even better. Romance and drama aspects are all handled really well. The mix of genres feels really effortless and choreography is simply amazing. Not to mention it manages to be a period piece also, given it’s set in 30s. A fight between Chia-Liang Liu and Sammo is among the highlights of the film. Shout-out to an awesome “Star Wars” reference.