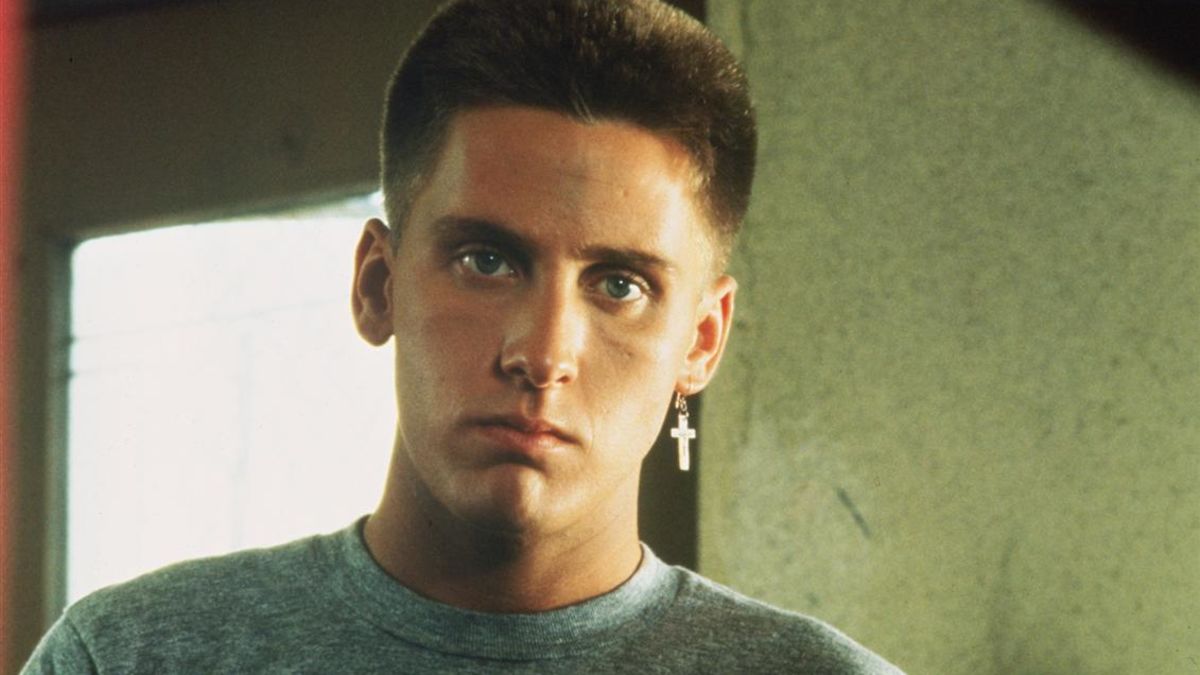 From cinephile favorites “Galaxy Quest” and “Spaceballs” to mainstream hits like “Back to the Future” and “Men in Black”, we love science-fiction comedies. As much as we love sci-fi, we also love to see conventions of the genre getting mocked or satirized. Films like “Groundhog Day” even basically started their own sub-genre. However, when we talk about the genre, we keep hearing the same titles over and over again.

Instead, there are lots of creative films with smart writing that deserve our attention. In the end, it’s a genre that is incredibly hard to get it right. Only a handful of masters like Joe Dante usually knows what to do with it and yes, he’ll be on the list too. Now, let’s move on to titles. Hopefully, there’s something for everyone. 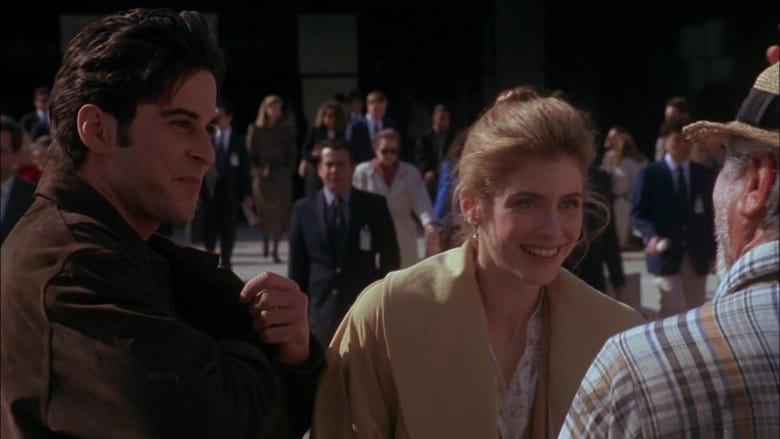 The ideas of time loop have been explored in cinema to a certain degree, but the modern understanding/format of time loop films that are used in films like “Edge of Tomorrow”, “Source Code” and “Happy Death Day” made famous by “Groundhog Day”. So much so that the film might be notable for being a rare kind of movie that started a whole sub-genre, or at least made it popular. However, to the surprise of many, there was actually a very similar film released the same year on television named “12:01”.

The premise is very similar. The story follows Barry (Jonathan Silverman) experiences the same terrifying vision every day: his colleague and secret love Lisa (Helen Slater) is shot dead in front of his eyes. Time is out of joint and Barry is the only one who notices. It’s more of a traditional sci-fi than “Groundhog Day” and definitely less humorous than that but still, there are plenty of laughs and fun moments to be found to qualify it as a “comedy”.

The movie is fun and if you enjoy time loop films, you should give it a go. The story has plenty of twists to keep it going through two hours and for a television film, it looks good enough. Obviously, there are better time loop films made since then and even television episodes (don’t miss that “X-Files” episode with a similar concept) but it’s interesting to look at an early, mostly successful attempt. 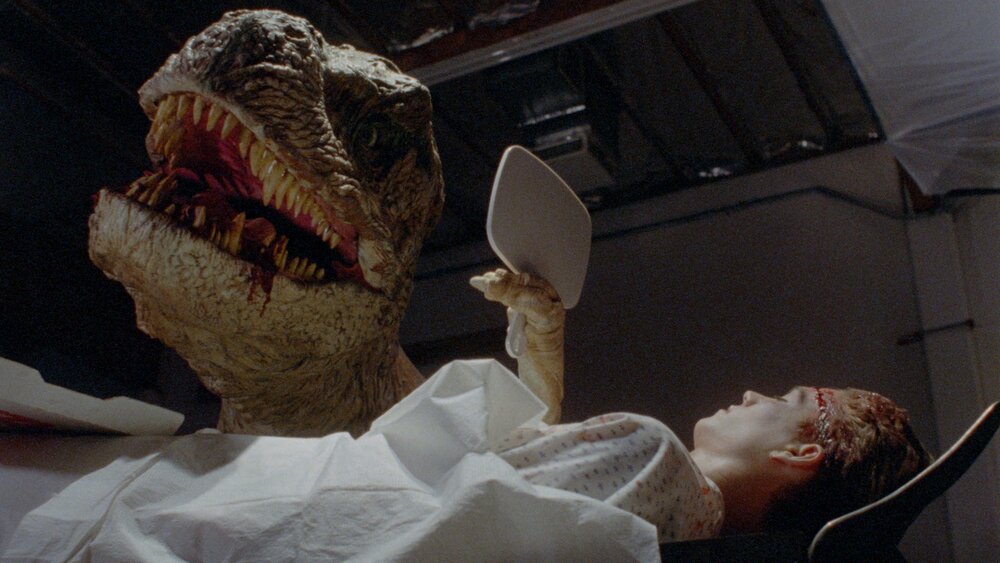 Now if you want your film to be as dumb fun as possible, this must be your choice. Campy, trashy, and absolutely doesn’t take itself seriously. It feels strange to call movies like this “bad” because they’re intentionally goofy, that’s the goal to make you entertain with wild gags, unexpected jokes, and all the charm of B-movie entertainment. If none of these appeals to you, stay away. The plot is simple as the film doesn’t need much of a plot anyway: a mad scientist implants the brain of a murdered high school student, into a Tyrannosaurus. He escapes and the rest is history, full of hilarious moments and tongue-on-cheek horror.

The film pokes fun at “evil scientist” stories as well as dinosaur movies. Yet it’s not a parody. Writer/director Stewart Raffill said that the idea for this film only happened because they had access to a full size T-Rex animatronic and the script was written in three weeks. Interestingly it feels like a film that actually has a complete story, it’s not like they decided to make a throwaway film with lots of gags. It has a heart. It also stars very young Paul Walker and Denise Richards, both make a charming duo. So if you’re a fan of B-movies and not necessarily looking for an “intelligent humor” everywhere, this is a must-see. Just turn your brain off and have fun. 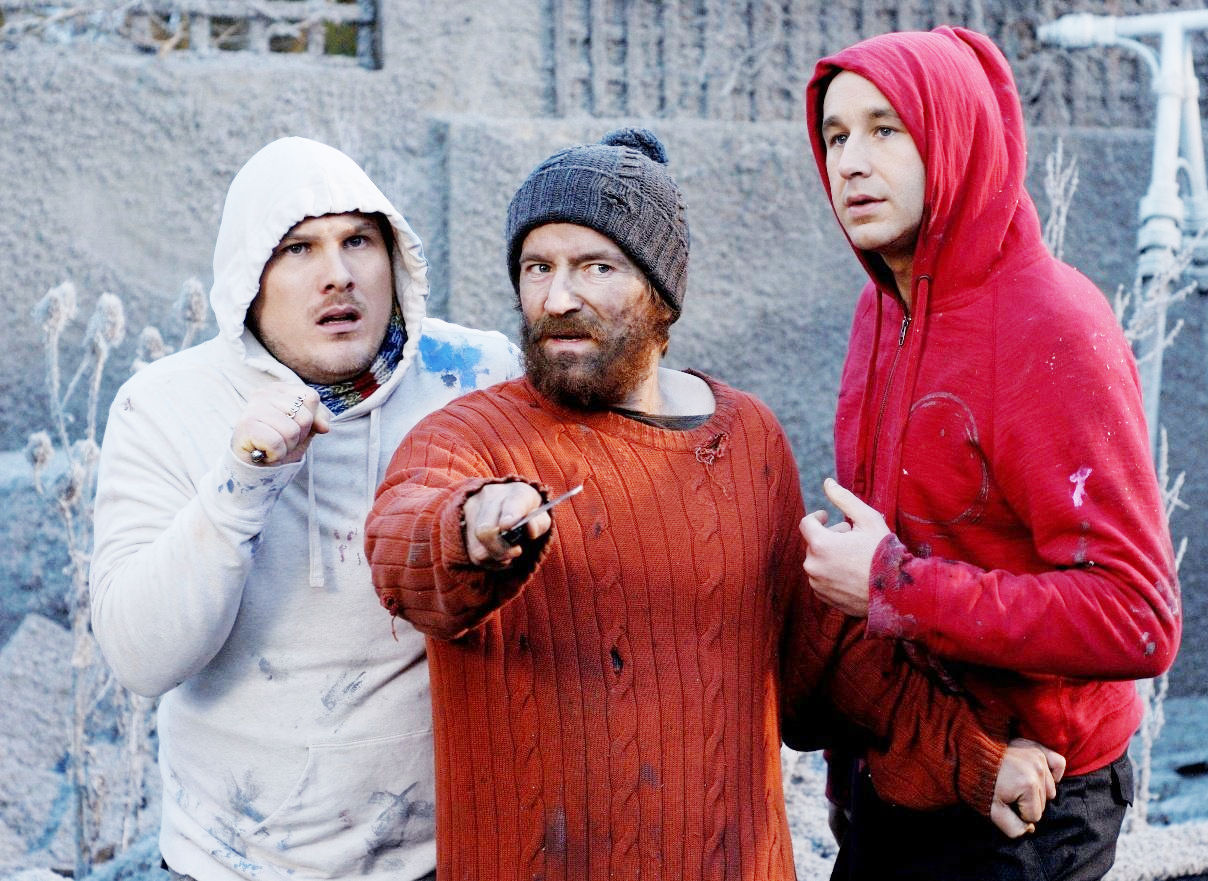 Ray is a geek who loves the subject of time travel. One day he and his two best mates Toby and Pete go to a local bar to drink. They drink and have a good time until Pete thinks he needs to take the pressure off. Then Pete discovers that the toilet hides a secret that makes it far scarier than just broken toilets. It happens that the toilet functions as a time gate. After he makes it back and forth to the present, he tells the rest of the guys what he has experienced. They don’t believe him but go with him to the toilet. One thing leads to another and soon the guys are stuck in a time crunch. They have to be careful what they do so it doesn’t affect real time and their other ‘normal’ lives… Maybe that’s too much into the plot but it’s a movie that requires to be described so you can prepare yourself for what kind of film you’re gonna see.

This is a British contribution on the list with a lot of Brit humor, a very quirky tone and despite a limited budget, they make the most of it. Some British critics were rather harsh to it for no particular reason. It’s dark, it’s funny, and most importantly, it’s easy to watch. It’s not a film that acts like it explores some big ideas, it’s small fun entertainment that is made to entertain fans of the genre and it succeeds.

Now after the British film, we’re moving to Russia or more accurately; Soviet Union. If you dig deep Soviet cinema, there are a lot of creative stuff to be found and that includes science-fiction films. Georgian-born filmmaker Georgi Daneliya has made some legit Soviet classics like “Mimino” and “Osenniy Marafon”. Obviously, it’s not always easy to get the humor in his comedies for a non-Soviet person but they’re still a must-watch for so many reasons.

The story sets in 80s Moscow, two generic construction foreman somehow meets with an extra-terrestrial. When they want to help him, he explains with one device in hand that he’s lost and only needs the current coordinates to be able to beam himself home at the touch of a button. Disbelieving and amused, Vladimir presses the button himself for fun and suddenly they find themselves teleported to another planet named Pluke with its strange societal norms.

The movie is basically Russian “Monty Python”, with a lot of creative humor that remains relevant to the audiences. No wonder it’s been reported that Russians still love the film and it’s considered to be a classic there. However, it’s not known that much outside of the former Soviet countries and maybe it’s time to change that.

Beach balls from other spaces, intelligent Thermostellar bombs, targets in Veil Nebula and so many wild things. This is a great testament to John Carpenter’s remarkable talent. Everything started as a student film until it was gradually expanded to feature-length with a budget of $60,000. Limited sources didn’t stop Carpenter to deliver some really impressive special effects, which only show what a brilliant artist he is. His career is strange in that regard, in “Escape from New York” he created such a convincing atmosphere and mood but bigger budget “Escape from LA” couldn’t deliver the same charm.

The film is basically a “2001” satire, not necessarily a parody. So much wit is evident in every aspect of the script. There is also a genuine tension. Basically, the film has every element that made Carpenter such an iconic and legendary filmmaker in his later career. Obviously not everything is flawless which would be unfair to expect from a film like this. The acting could’ve been better maybe but it’s not important, it’s a fun ride. Oh and great music too!