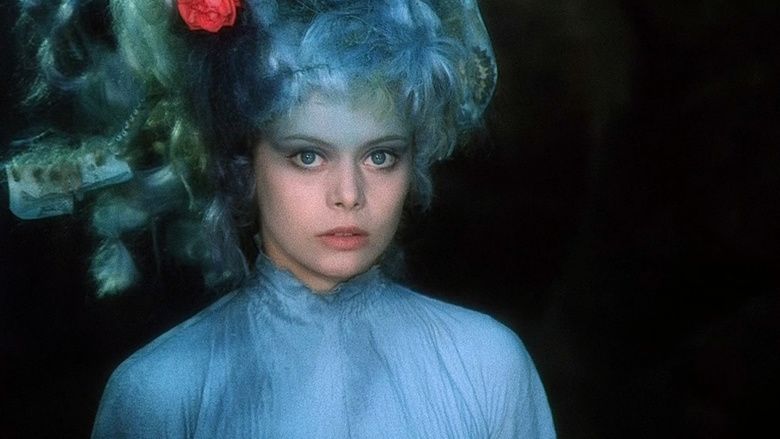 Not very well known outside of Russia and Eastern Europe, Russian Fantastika is a genre that encompasses fantasy, folklore, science fiction, and even horror (the line between each of these respective genres is blurred; many films include attributes of each). With bright colors, absurdist storylines, and campy special effects, these films are sure to enrapture audiences worldwide. 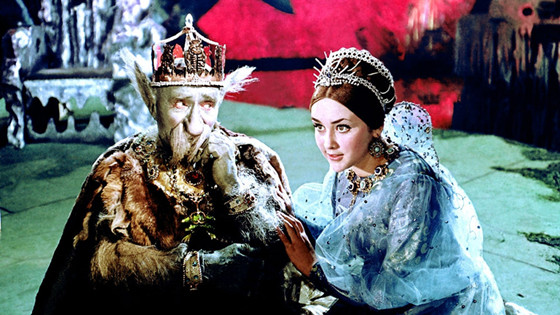 At times the story is hard to follow, but the film is really a feast for the eyes—between its glittery costume design and ornate sets. Intended for children, the film is also a quasi-musical. Although comedic in tone, the imagery is often delightfully (and disturbingly) surreal—it features birds with human faces, water goblins, and bear cub ferrymen. The film takes inspiration from the fairytale The Tale of Tsar Berendey which was written by Vasily Zhukovsky in 1833. 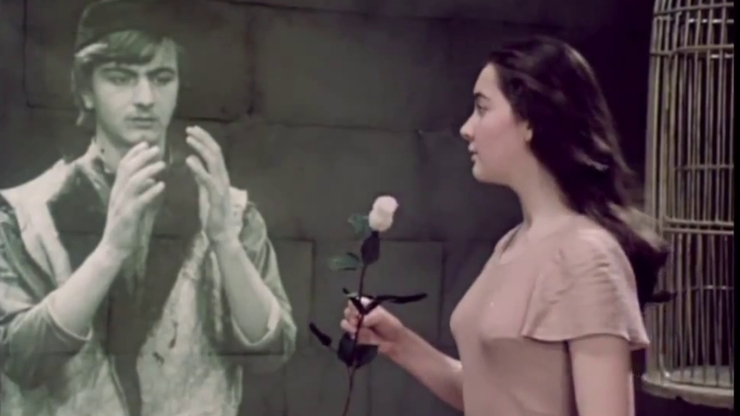 Another comedic fairytale film, The White Rose of Immortality is not based on any specific fairy tale or folk tale, but draws on elements of Snow White and the German fairytale The Story of Little Muck to tell its story of two young lovers as they overcome obstacles and persevere through strange and magical occurences in their village in order to be together.

Though not quite as glamorous as Barbara the Fair with the Silken Hair, The White Rose of Immortality still has plenty of intrigue and wonder, as well as bizarre situations (at one point several of the villagers sprout antlers from their heads), and deserves to reach a wider audience (unfortunately the film can be difficult to find outside of Europe) Directed by Nana Mchedlidze, the film starts slow but builds to a satisfying conclusion that will hold the interest of both young and older audiences alike. 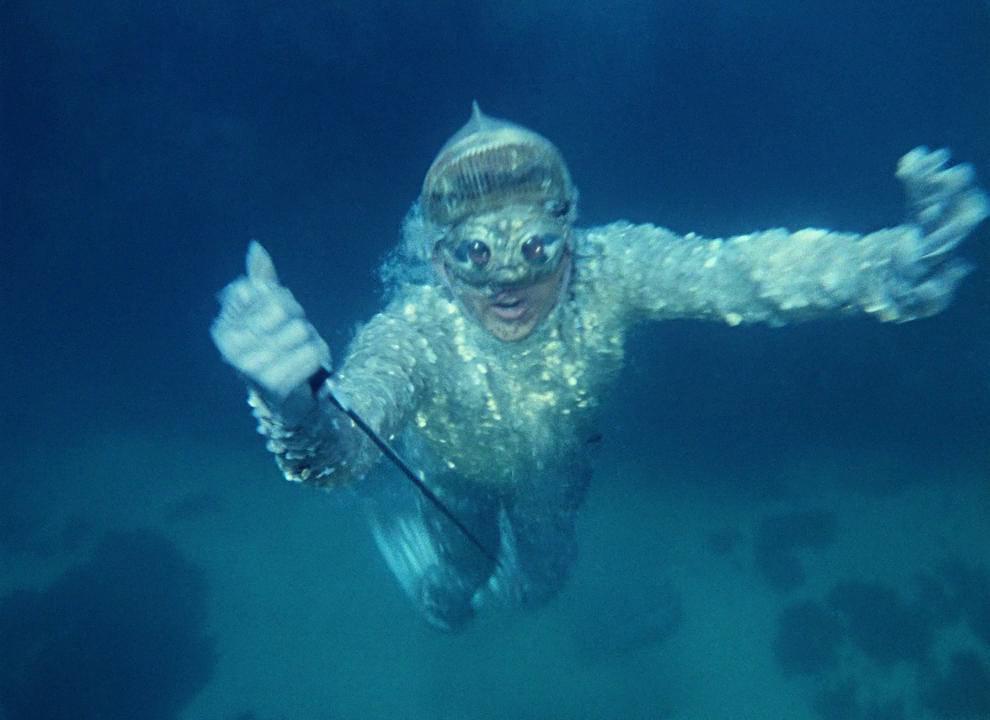 More sci-fi than fantasy, Amphibian Man depicts a doomed love story between Ichthyander, a young man who, due to an accident, has gills like a shark and spends his days underwater (he must stay hidden from the outside world) and Gutiere, the daughter of a fisherman, who is saved from drowning by Ichthyander. Trouble arises when Gutiere’s husband finds out about Ichthyander and uses him to retrieve pearls.

Although not as extravagant, Amphibian Man’s central storyline is slightly reminiscent of The Shape of Water (in the sense that both films are aquatic romantic dramas). Directed by Vladimir Chebotaryov and Gennadi Kazansky, the film uses Technicolor-esque color grading, and kitschy costumes that add a perhaps unintended comedic effect that will be enjoyable to modern audiences. Still, even overlooking the more gaudy elements that haven’t aged well, the tragic, forbidden romance between Ichthyander and Gutiere will resonate with viewers today too. 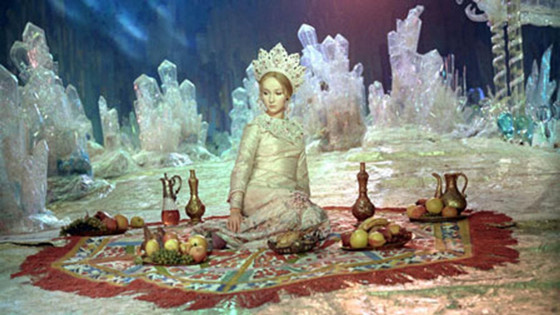 Directed by Aleksandr Ptushko, who has been dubbed the Soviet Walt Disney (though most of his filmography is live-action), this dazzling romantic fantasy pays tribute to Russian culture. Ruslan and Ludmila is based on a poem of the same name by Alexander Pushkin. The film follows Ruslan, a famed warrior, as he battles numerous magical creatures in pursuit of his bride, Ludmila, who he must save from the evil enchanter that kidnapped her.

More traditional in structure than Barbara the Fair with the Silken Hair and The White Rose of Immortality, Ruslan and Ludmila has a distinct visual style replete with ornate headwear, an ice kingdom, and an abundance of special effects that are as cheesy as they are compelling. The film captures the sense of wonder in the original poem. In 1976, the film received a special award of jury at the International Film Festival of Children’s and Youthful Movies in Salerno, Italy. Although intended for a young audience, Ruslan and Ludmila is an artistic achievement that anyone can recognize. 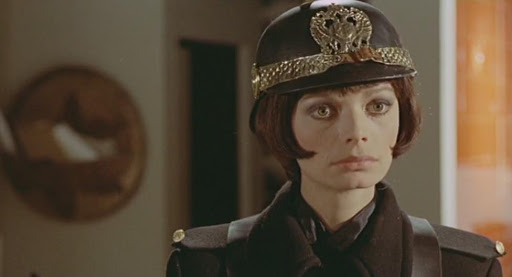 Not to be confused with the 1973 Baba Yaga film directed by Corrado Farina, this film is also known as The Golden Horns. The Golden Horns tells the story of two twins who are turned into deer by an evil witch when they venture too far into the woods while collecting mushrooms. Based on Russian folklore concerning Baba Yaga, the film is certainly suitable for family viewing, but it veers into the surreal surprisingly often, and the Baba Yaga character is frighteningly entertaining.