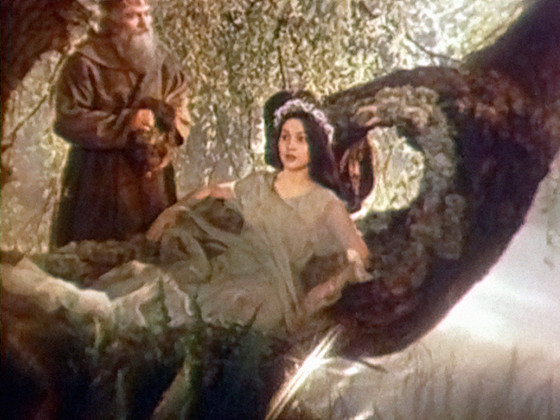 In a similar vein to Baba Yaga, The Song of the Forest (also known as Lisova Pisnya) also concerns itself with magical occurences in the woods. The film was directed and written by Viktor Ivchenko, and is centered around the story of two lovers Mavka and Lukash. Tragedy strikes when Lukash is forced to marry someone else and is turned into a wolf by the forest as punishment.

The film features lovely, pastoral scenery, flower child fashions, and eerie music. These elements, combined with its soft focus and graininess, make it feel like an otherworldly dream. The story is a bit non-sequitur, but that only makes the visuals even more affecting. It’s charming, but crafts an unnerving atmosphere that submerges you into the enchanting world of the forest. Fans of The Love Witch will also appreciate the aesthetic value and world building of The Song of the Forest. 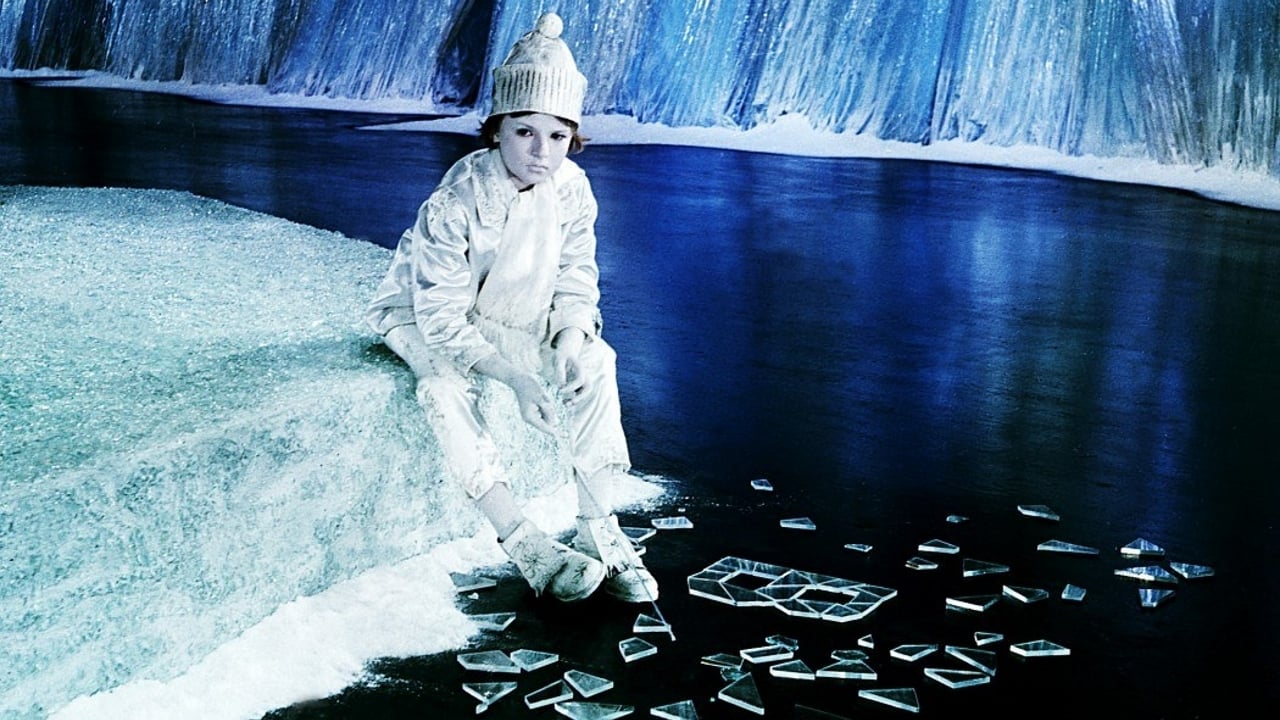 Directed by Gennadiy Kazanskiy, this film is an imaginative take on a classic tale. Based on Hans Christian Andersen’s fairy tale of the same name, the film follows Gerda (played by Elena Proklova), a young girl who’s brother (played by Slawa Zjupa) was taken by the Snow Queen (played by Natalya Klimova), as she tries to rescue her brother.

The costume design (which was done by E. Jakowlewa and A. Wagin) is worthy of note—especially the Snow Queen’s costumes, which toe the line between ridiculous and unsettling, with an elaborate feather headdress, eerie white makeup, and an extravagant, classic villain high collar. Though dated and low-budget, the film is still a faithful adaptation of the original story with plenty of visual interest. It’s a perfect film for the winter season—its sometimes creepy, sometimes beautiful set design is transportive, and wonderful performances by Proklova and Kilmova make this film a wintertime staple. 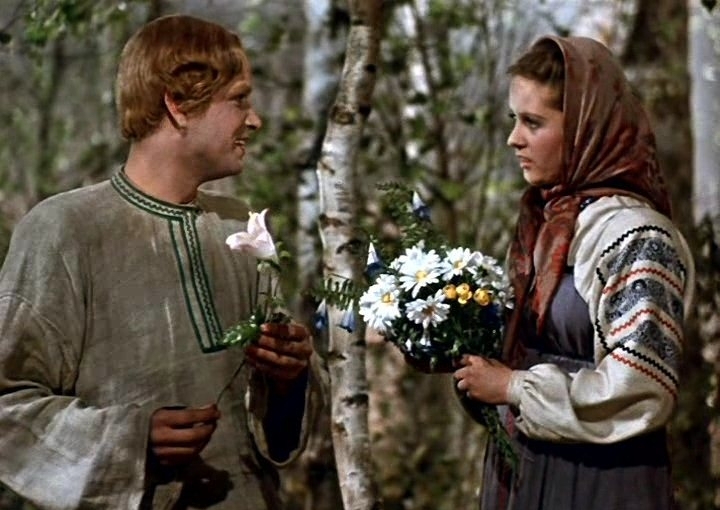 Another film by Aleksandr Ptushko, The Stone Flower is based on a Russian folktale of the same name by Pavel Bazhov. The film is centered around ambitious gem cutter Danilo as he perfects a stone flower carving on a cup his landlord commissioned him to make. Disappointed with his work, he seeks to find a famous flower carving that leaves viewers entranced and unable to leave after witnessing its beauty. Made twenty-six years before Ruslan and Ludmila, The Stone Flower is equally as visually stunning, but deals with much more serious themes.

The story is a meditation on the sacrifices a craftsmen makes for his craft, and in Ptushko’s capable hands, The Stone Flower transcends the genre of children’s fantasy. Heartbreakingly beautiful, The Stone Flower constructs a mysterious and foreboding atmosphere that compliments its subject matter well. Its message about perfectionism and aesthetic beauty will haunt audiences today as much as it did decades ago. 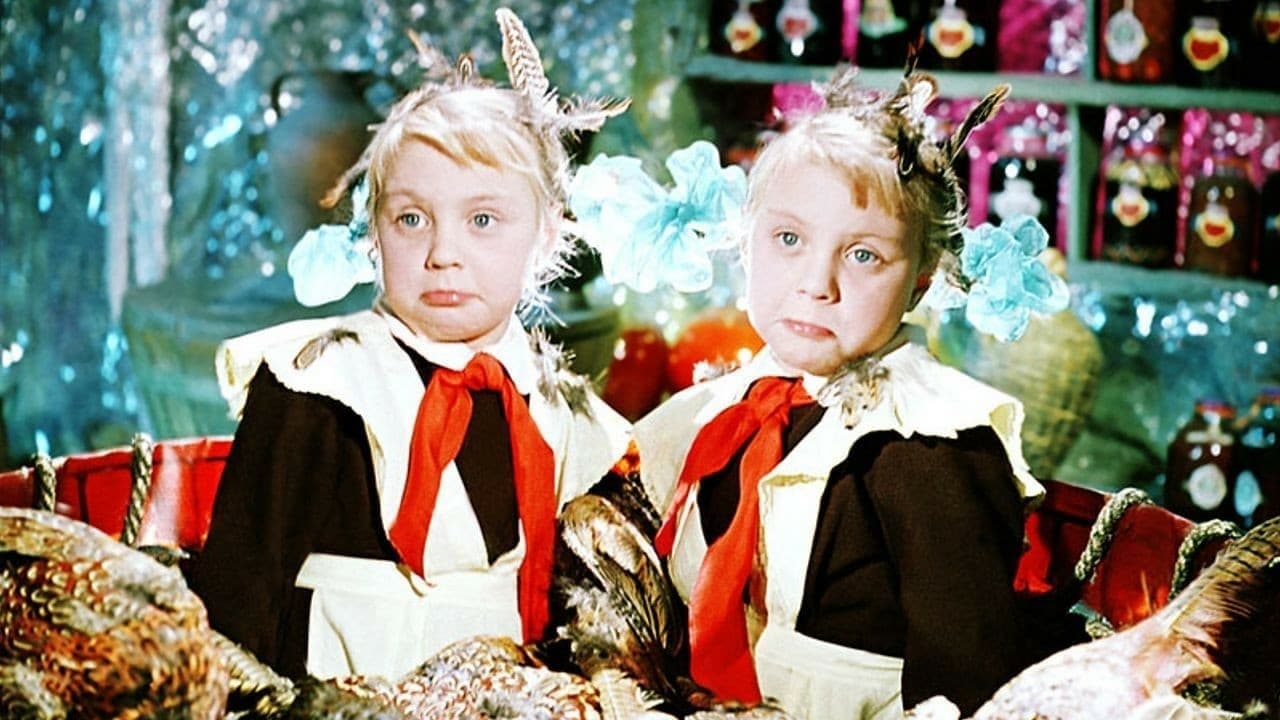 An Aleksandr Rou film, The Kingdom of the Crooked Mirrors will appeal to fans of Wizard of Oz, Alice in Wonderland, and any other bizarre children’s tales. In fact, this film is based on the novel Kingdom of Crooked Mirrors by Vitali Gubarev, who likely used Through the Looking Glass as inspiration for his story. The film is about a little girl who sees her doppelganger in a mirror, and steps through the mirror into a dystopian world in which citizens are being controlled by an evil king who alters their reality in order to manipulate them.

The plot may sound grim, but the film’s costume and set design is anything but. Between buoyant pigtails that would put Pippi Longstocking to shame and a giant frog head tunnel, this film feels like a fever dream, and rivals Barbara the Fair with the Silken Hair in terms of absurdity. 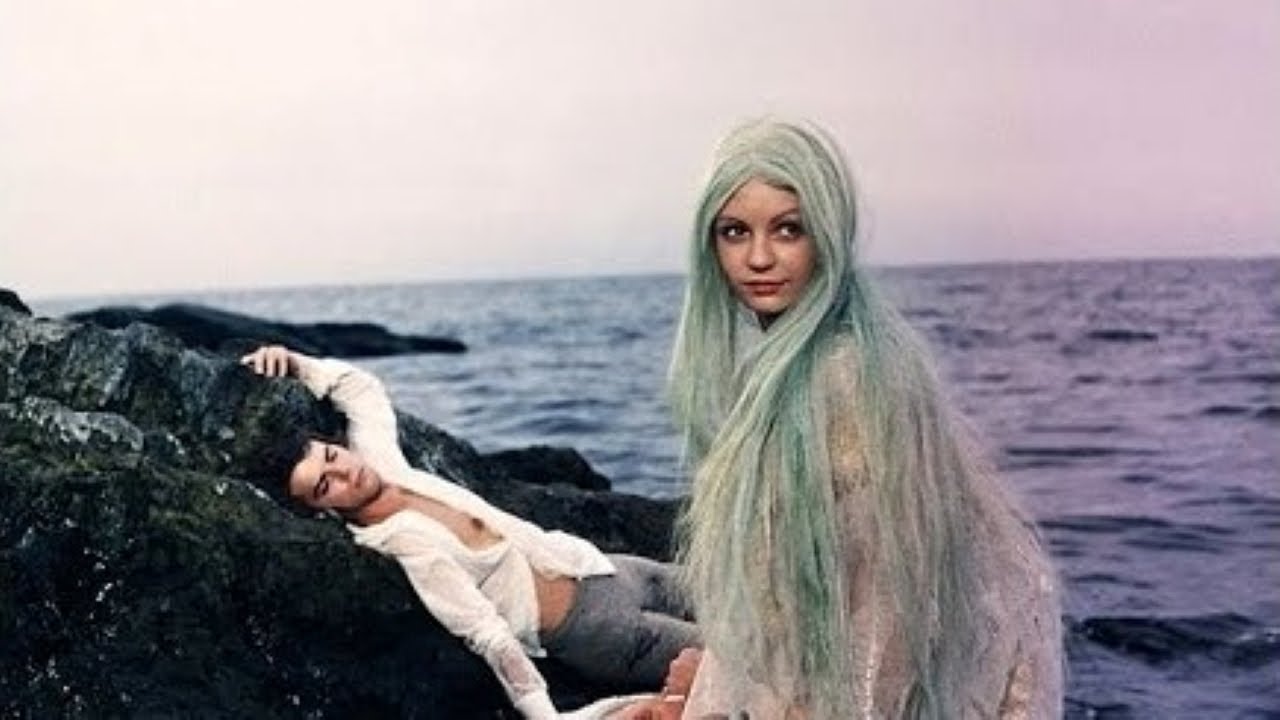 One of two live-action Little Mermaid film adaptations to premiere in 1976 (the second being a Czech film directed by Karel Kachyna), this film was directed by Vladmir Bychkov. A fairly loose adaptation of Hans Christian Andersen’s tragic fairytale, this film is drenched in pastels. There are several deviations between this film and the original story— for one, in this version, the little mermaid retains her voice, instead trading her powder blue hair for the chance to walk on land. Nonetheless, Viktoriya Novikova, who plays the little mermaid, delivers an endearing but haunting performance.

In this ethereal, pared-down adaptation, the more sorrowful elements of the story come to the forefront. Though audiences will likely be familiar with the story, this 1976 version is well worth a watch for its surprising poignancy. As the little mermaid says in this film, “They say life is beautiful. I guess they’re mostly right.”