Horror has long stood as a genre of many varying facets, mostly for the fact that fear is a primary emotion, and what scares us ranges drastically from person to person. Everyone has experienced fear in some capacity, even if sometimes we don’t care to admit it, and so the empathy we feel with the genre is a core component to its high success rate. Directors often make their debut features in horror, David Lynch’s Eraserhead, Stuart Gordon’s Re-Animator, and Robert Eggers’ The Witch are just a handful of examples. What we don’t always consider is how incomparably colossal the full spectrum of horror ultimately is; a spindly web comprised of a dozen or more spooky subgenres.

From gialli to slashers, to psychological thrillers, horror petrifies avid moviegoers in many forms, but none of these numerous branches rival conspiracy-horror when looking at paranoia-induced scares alone. Conspiracy-horror is best defined by that intangible feeling something is wrong, despite not quite knowing what to put your finger on. Usually, it features a protagonist lost in a labyrinthine mystery, with a band of side characters concealed in an underlying plot against them. These themes are often explored in films that aren’t necessarily down-the-line horrors, like Stanley Kubrick’s psychosexual masterpiece Eyes Wide Shut, or Philip Kaufman’s bone-chilling Sci/Fi reimagining of Invasion of the Body Snatchers. Of course, these films are undoubtedly stone-cold classics, but nothing quite compares to a conspiracy film that’s committed to the trappings of a full-tilt chiller.

Unjustly panned on release, Brian Yuzna’s Society is as sticky and schlocky as they come, but it’s a whole lot more than its surface. Besides some gruesome body horror that gives the great David Cronenberg a run for his money, a probing commentary on capitalism and class divide remains, the likes of which the medium had never before seen. For its 1989 release, the practical effects here are an obvious ode to the film’s respective decade, a continuation of more celebrated achievements such as The Thing or An American Werewolf in London.

Aside from the technical sorcery in the gore department, the conspiracy Yuzna methodically builds in Society is its most alluring draw. Following the life of rich kid Bill Whitney, panic slowly descends as he discovers a dark secret in his family, throwing him headfirst into a morbidly curious mission in search of the truth. As LA movies go, this is a uniquely satirical affair, with thick farce and silly dialog consuming the frame before it eventually goes full Rosemary’s Baby. Out of the abundance of cult films, Society is surely one of the most overlooked of the bunch. Hyper-stylized as it may be, there’s truly nothing like it.

Arguably the most original take on the subgenre in years, Jordan Peele’s Get Out took a customarily white premise and fused it with an African American focus. Both an indictment of white supremacy and a tragicomic play on America’s odious history, Peele’s film shook the industry as the very first of its kind, tearing down the whitewashed foundations and crafting something entirely new.

In that sense, Get Out works as a brilliant subversion act, taking the picket-fenced orthodoxy of the average conspiracy-horror and flipping it on its head completely. Daniel Kaluuya’s central performance is one for the history books, destined to be remembered as one of the great, iconic turning points in the history of black characters. His turn is all the more impressive when you realize he’s English, his American accent surely one of the best in the business. Peele supplements Kaluuya’s sincerity with a biting social commentary, allowing for an energizing mix of horror and hilarity. The equally wealthy Knives Out family were pieces of work, but they paled in comparison to the unrepentant evil of the Armitages. 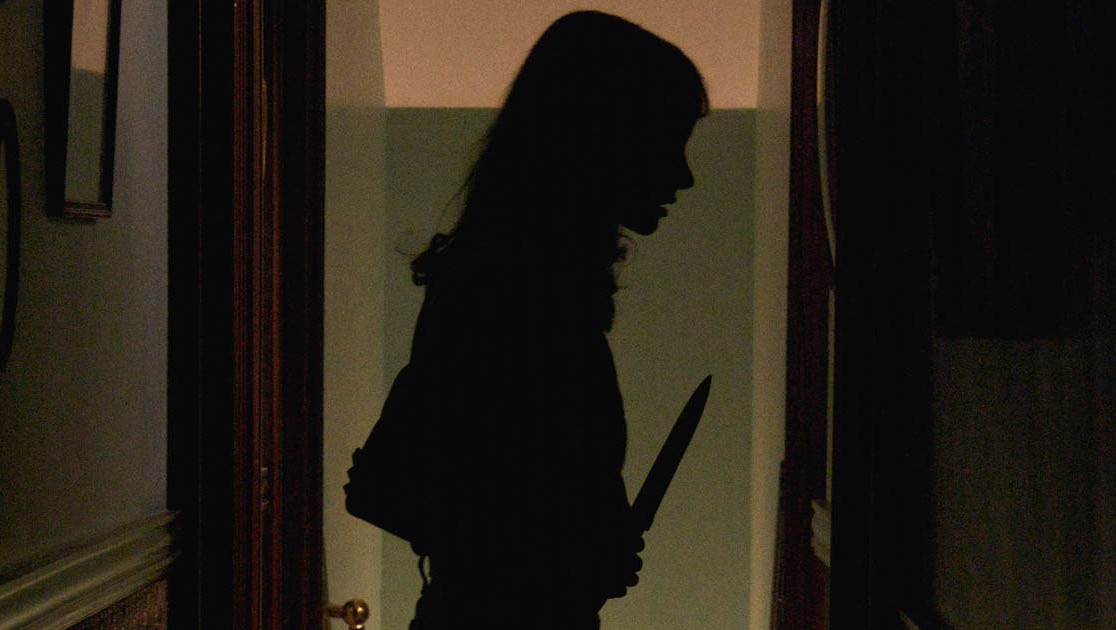 The 2010s saw a booming revival of retro filmmaking, with modern classics like Drive, The Guest, or even the John Wick franchise, but what seemed like something of an impetus for the craze was the 2009 film The House of the Devil. Ti West’s 80s homage was the closest thing cinema had seen to John Carpenter in a long, long time, with slow-zooms, synth music, and a simple, slow-burn premise carrying it along. West’s film walks us through a creepy nostalgia-trip with admirable dedication, all before plummeting into a no-holds-barred final fifteen minutes. The flash imagery in this movie is horrifying, The Exorcist being one of the few films to compete with its use of the jarring technique.

Tracking the life of Samantha, a college student who takes a mysterious babysitting job that coincides with a lunar eclipse, the paranoia creeps in as she uncovers the heinous truths behind the family who employed her, revealing a world she never deemed possible to exist. With equally engaging performances from lead Jocelin Donahue and the ever-sinister Tom Noonan, and a standout early performance from actor/director Greta Gerwig, The House of the Devil is a 16mm time capsule of heartfelt craft. It’s also one of the greatest modern films to showcase how mobile phones, as painful as it is to acknowledge, somewhat ruined suspense in contemporary horror. 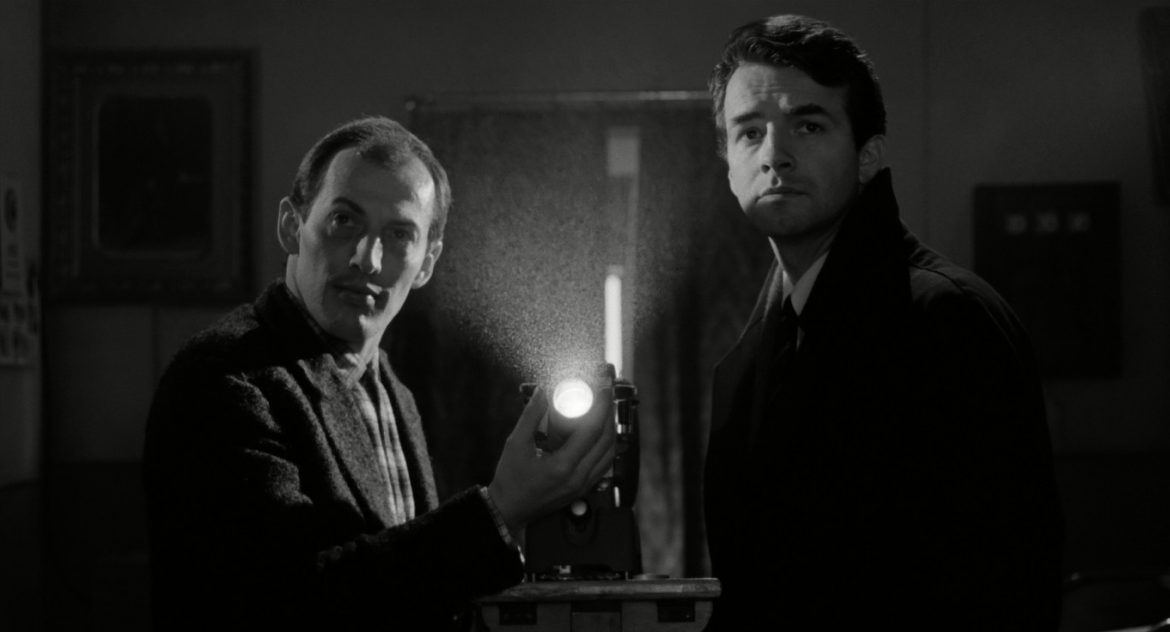 With Franco Rossellini (nephew of Roberto) in the director’s chair, and Renzo Rossellini (brother of Roberto) scoring the music, The Possessed is a blood-curdling exercise in pre-giallo horror from Italian royalty, and yet, for some unknown reason, it’s been pushed to the wayside. The crisp, black-and-white photography is a feast of visual prowess, and the dynamic camera movements float with all the precision of Federico Fellini’s esteemed back-catalog. Following a depressed man who becomes obsessed with the supposed suicide of a woman he once pursued romantically, the rural neighborhood shifts from a seemingly innocuous lakeside town to a highly suspicious environment, every other character seeming eerily in the know.

In many ways, The Possessed is a pivotal precursor to the giallo genre. There’s a good chance Mario Bava’s Bay of Blood owes it something, with its chilly, autumnal atmosphere and gloomy lakeside aesthetic. Neorealism is a cornerstone of cinema that’s often manipulated into a more genre-centric form, and Rossellini’s work here proves that. With the help of co-director Luigi Bazzoni, The Possessed reigns supreme as the epitome of an underpraised conspiracy-horror. A remarkably compelling, noir-esque excursion into gnawing paranoia.

Equal parts The Shining and The Wicker Man, Ben Wheatley’s cult-horror classic is as gnarly as it gets, with on-screen injury detail beyond what many censors would deem to be morally acceptable. S. Craig Zahler’s notoriously gory western Bone Tomahawk is one of the few modern-day genre films to match this kind of unflinching barbarism, but even that lacks the sadistic intent behind the violence. Kill List starts off under the guise of a simple British crime story, abruptly turning the tables when we least expect it.

Wheatley’s affinity for conspiracy shows here, an insidious plot revealing itself as the rabbit hole deepens. What begins as a character drama between two allied hitmen becomes something else altogether, a straightforward romp morphed into an exploitation extravaganza. For its estimated budget of $800,000, Wheatley made magic happen on this one, his wife and co-writer Amy Jump helping see it through to the bitter end. To this day, few British films have competed with this level of graphic content. There’s no forgetting the images on display here, no matter how hard you want to.