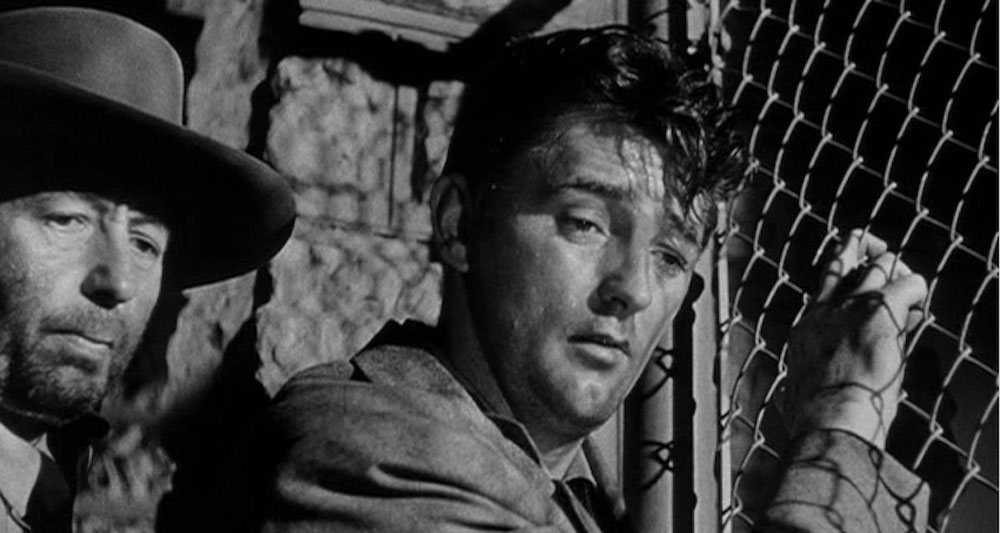 The film historian Sheri Chinen Biesen writes in her book “Blackout” that there are two separate strains of film noir—one arose during wartime, the other followed it: “These early noir films created a psychological atmosphere that in many ways marked a response to an increasingly realistic and understandable anxiety – about war, shortages, changing gender roles, and ‘a world gone mad’ – that was distinctive from the later postwar paranoia about the bomb, the cold war, HUAC, and the blacklist, which was more intrinsic to late 1940s and 1950s noir pictures.”

It’s hard to define film noir at times as there is not a clearly defined genre, but less or more most cinema lovers have an idea of noir and its most stereotypical characteristics. We still enjoy our neo-noirs but the noirs of the ‘40s and ‘50s were something else. Yet they were too many, so some didn’t get enough recognition or we don’t talk about them much anymore. Let’s take a look at 10 noir films that are worth your time. 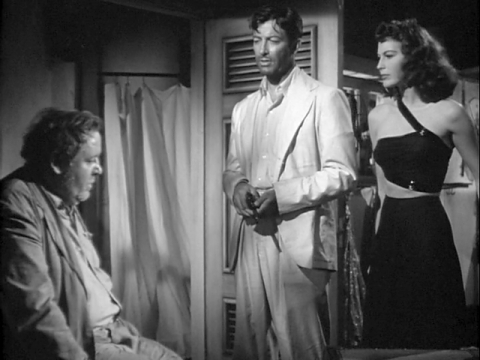 A secret agent of the US government (Robert Taylor) has investigated the smuggling of war material in a Central American fishing village. He is not only exposed to insidious assassinations, but also to the charms of a woman named Elizabeth Hintten (Ava Gardner), a café singer married to Tug Hintten (John Hodiak), a drunken ex-pilot. Vincent Price makes a great supporting appearance as a racketeer of war surplus goods in the Caribbean and almost elevates the material.

For some reason this film didn’t get much love from critics and was a box office flop. However, “The Bribe” is very entertaining. Taylor makes a conflicted and convincing character that it’s interesting to follow him and he makes a great couple with Gardner, and their scenes come off very sincere. Just like Price, Charles Laughton also plays a man with a dubious nature and he comes close to stealing the movie. The finale is pretty good, actually somewhat visually inventive for its time. The lighting and camera work are also worth noting. 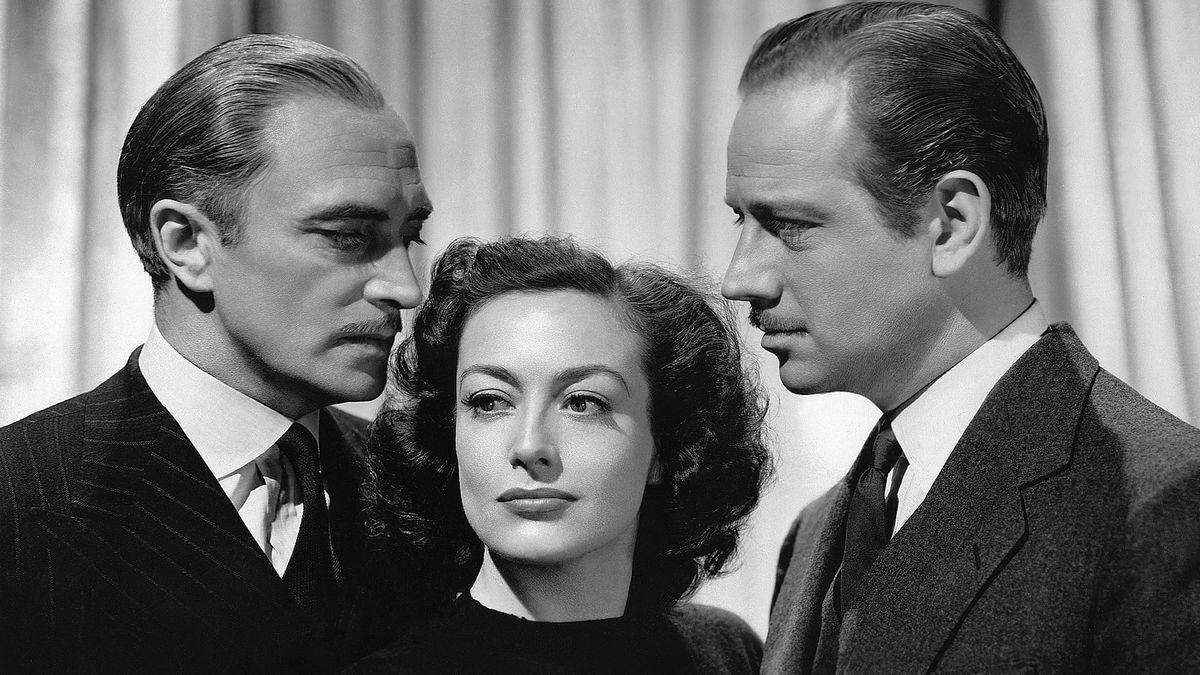 This noir drama is in turn the US remake of the Swedish film “En kvinnas ansikte,” directed by Gustaf Molander in 1938 with Ingrid Bergman in the leading role, but the US version is great enough with an unusual role for Joan Crawford. The film opens in Stockholm, Sweden: the Court of Justice is opening proceedings against Anna Holm (Crawford), who is accused of murder by the prosecutor. Based on various testimonies during the murder trial against her, Anna’s life story is presented to the audience piece by piece. She is a cold and calculating woman whose half of her face is horribly disfigured as a result of a house fire in her early youth. She runs a restaurant, but uses the establishment to relieve wealthy guests of their secrets and then to blackmail them with it. One day she meets a plastic surgeon who offers her the possibility of looking like a normal woman.

The movie was directed by George Cukor with a sense of style and versatility, which shouldn’t be that surprising if you’re familiar with his work. Cukor creates the right atmosphere for the film but it’s also the surprisingly underplayed and effective work of Crawford that makes the film engaging as it is. 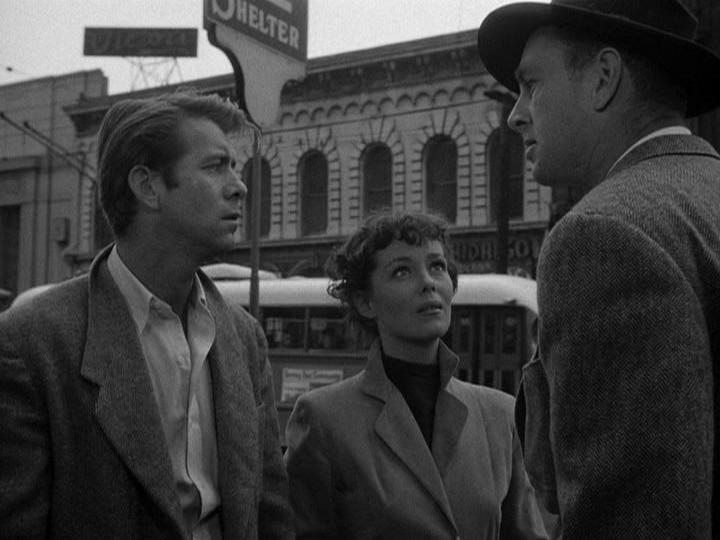 Not only a great little noir but also one of the finest and most underrated films of its year. Andre De Toth rejected the studio’s casting demands. They wanted Humphrey Bogart and Ava Gardner but De Toth disagreed, which resulted in them cutting his shooting schedule drastically; that wasn’t a problem for him as he managed to shoot the whole thing in 13 days.

The plot follows Steve Lacey, fresh out of prison, as he tries to rebuild his life. The victim is however persecuted by a policeman, the detective Sims, who does not believe in his desire to redeem himself. The situation will worsen when three former cellmates, escaped from the San Quentin prison, seek refuge in his and his wife Ellen’s home. Fearing for the life of the latter, the man will yield to the pressure of the three fugitives and will follow them in an attempt to rob a bank.

With an exception of the ending that could have been better, it’s mostly a great ride. It’s worth noting that author James Ellroy names this as one of his favorite films. He used Sterling Hayden’s performance in this film as the model for the character of vengeful cop, Bud White, in “L.A. Confidential.” 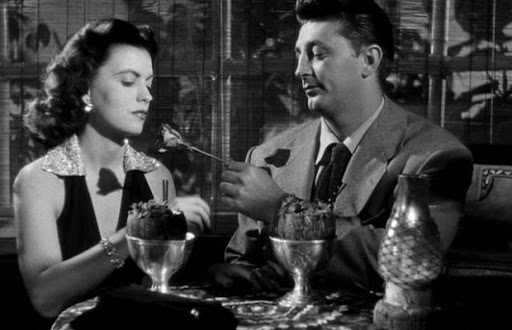 On duty in a hospital at night, Doctor Jeff Cameron (Robert Mitchum) prevents Margo Lannington (Faith Domergue), a wealthy patient, from committing suicide. He heals her and falls in love with her. Margo accepts his advances and gives herself to him. But Jeff then discovers that Frederick (Claude Rains), the man who regularly visits Margo and whom he took for her father, is in fact her husband. This bulky spouse does not take long to die under strange conditions, however, and Margo accuses Jeff of being responsible for this crime.

There’s something about Robert Mitchum that makes him instantly right for any noir you can imagine. No wonder he has some great ones in his resume. “Where Danger Lives” is not “Night of the Hunter” or “Out of the Past” since it’s more of a modest noir, but it’s still very effective on several levels. It actually gives Mitchum a chance to shine in a rather against type role, and Nick Musuraca’s cinematography would please most noir fans. The film should also be noted for its writer Charles Bennett who has worked with Hitchcock on several films including “39 Steps.” 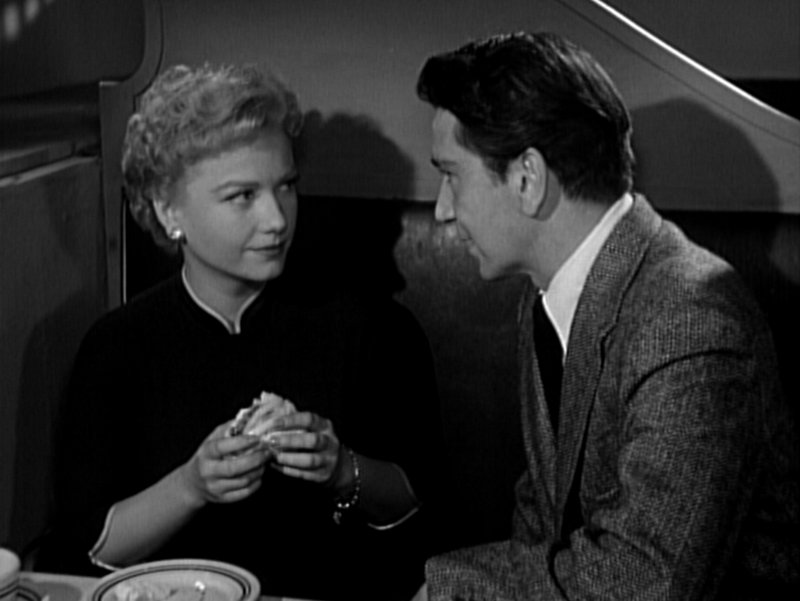 A switchboard operator appears to have committed manslaughter while drunk. Until the case is solved, she goes through all stages of isolation and alienation from her environment. “The only thing I can tell you about it is that it was the first picture after the McCarthy business, and I had to shoot it in 20 days. Maybe that’s what made me so venomous,” said great director Fritz Lang on the movie. Lang’s direction is as innovative as ever here and Anne Baxter brings her character to life in such an impressive way.

İt was the first installment of Lang’s “newspaper noir” movie trio, followed in 1956 by both “While the City Sleeps” and “Beyond a Reasonable Doubt.” He paints a picture of American society in the ‘50s as perhaps only a European can – profound, revealing, sometimes funny, but sometimes also very cynical, and the excellent use of light shows that Lang is coming from German Expressionism. While the final revelations can be underwhelming for some, there are just too many great things about “Blue Gardenia” to appreciate that all flaws can be forgiven.