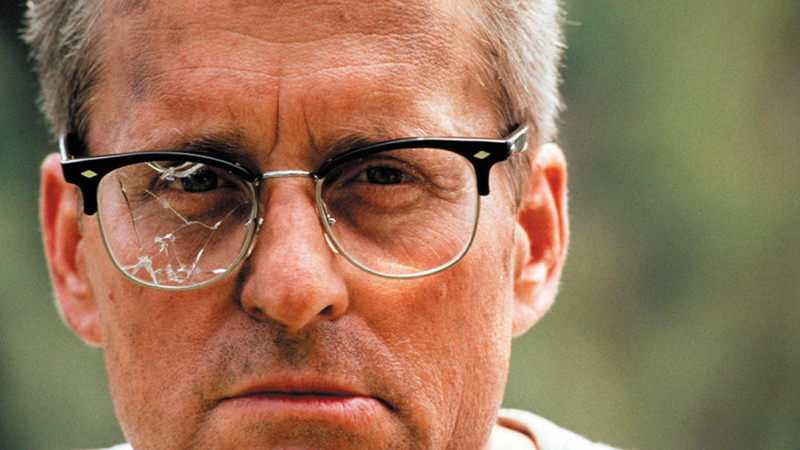 Joel Schumacher was, among many things, a versatile director. The man has made a war film, a vampire classic, romantic comedies, teen dramas, courtroom movies, a musical, a biography, an action film, and so on. He was a journeyman director who always explored different genres and didn’t mind tackling almost controversial, unusual themes for Hollywood studio movies. His movies even competed in Cannes and Berlin; some of them were nominated for Oscars in different categories; many were box office successes; some had a cult following.

And even though critics were not always fond of him, several of his films got mostly positive scores and some of them have more positive contemporary reviews now than they got at their initial release. That’s why it’s sad to see his name is mostly associated with “Batman & Robin,” his second Batman film, which was trashed by critics and fans alike and is often considered to be among the worst films of all time.

Several aspects were subject to mockery for years, but the thing is, he was pressured to have a much lighter tone by the studio and he apologized more than once from the fans who disliked the film. These days, when many directors attack critics, it’s very admirable to see that Schumacher gracefully apologized to those who didn’t enjoy his movies.

He had a good eye for young talent and his movies did wonders for the careers of Colin Farrell, Matthew McConaughey, Kiefer Sutherland, Julia Roberts, Campbell Scott, Emmy Rossum, Brad Renfro, and Patrick Wilson, among others. Many accomplished actors also got a lot of acclaim and more recognition, from Golden Globe nominations (Cate Blanchett) to Oscar noms (Susan Sarandon) thanks to his movies.

He was considered to be a kind human being and mentored directors like David Fincher to deal with industry problems and to explore his own vision. They were friends until his death and Fincher even brought him to direct two episodes of “House of Cards,” which was Schumacher’s last directorial credit. He directed music videos and single-handedly turned Seal’s “Kiss from a Rose” from a flop single to a hit. So, the man was much more than the “campy Batman director” and let’s not forget that the good camp is art itself. Now let’s take a look at some of the highlights of his long and interesting career.

10. Phantom of the Opera 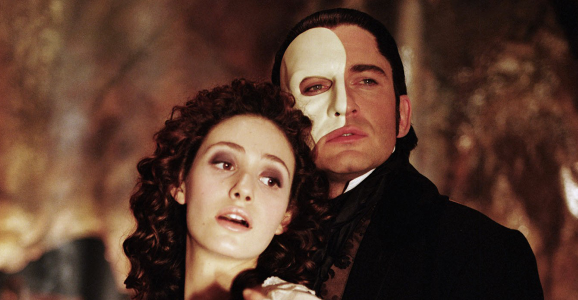 Maybe “Veronica Guerin” or “Flawless” should be here instead, but we’ll explore the better dramas Schumacher has directed, so instead it’s better to check out one of his more ambitious projects: a his “Phantom of the Opera,” which was not a critical favorite but it has a solid fan base, good box office results, Oscar nominations to be proud of, and perhaps without this movie, Emmy Rossum wouldn’t be the star she is. Speaking of her, she is amazing in the lead role and even the detractors of the movie couldn’t help but praise her magnetic charisma, amazing voice, and terrific acting performance. Gerard Butler was criticized for his voice and acting, but some of those reviews can come off a bit harsh right now.

Schumacher was always interested in great production designs and “Phantom” is one of its finest. Amazing art direction and impressive camera work make the whole thing just visually stunning to look at. Schumacher impressively embraces the spectacle of the source material. As Roger Ebert put, “Part of the pleasure of moviegoing is pure spectacle – of just sitting there and looking at great stuff and knowing it looks terrific. There wasn’t much Schumacher could have done with the story or the music he was handed, but in the areas over which he held sway, he has triumphed.” 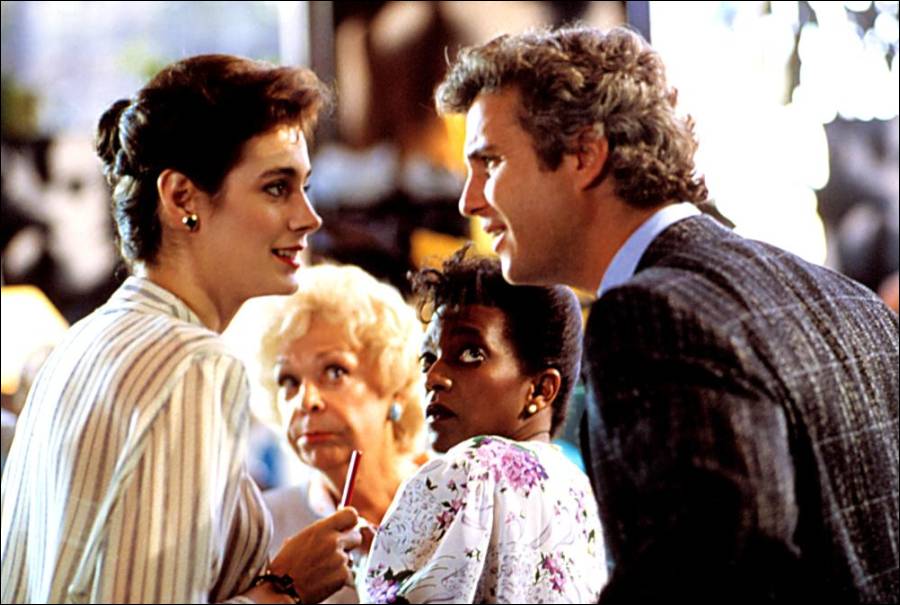 The American remake of the 1975 French comedy “Cousin Cousine” did very well at the box office but these days, it’s somewhat underrated. Schumacher’s previous efforts of telling romantic stories were criticized; some said he was going way overly melodramatic in ‘80s classic “St. Elmo’s Fire”; but “Cousins” is the movie that got it totally right. This is a sweet, heartwarming, touching tale of a man who has an affair with another woman while their partners are doing the same. At a wedding reception, Larry (Ted Danson) falls for his cousin Maria (Isabella Rossellini). Her husband Tom (William Petersen) starts to take an interest in Larry’s wife Tish (Sean Young).

Schumacher creates fully realized characters that you seem to care about. Even though the story closely follows the original story, it’s the setting, the right choice of actors, and the chemistry that makes it work as good as the original and maybe even slightly better. The script has even more sweet humorous sides. That Angelo Badalamenti score is also just wonderful. Since there was an Ebert quote in the film above, it’s also worth to note that it was his favorite of Schumacher’s movies. 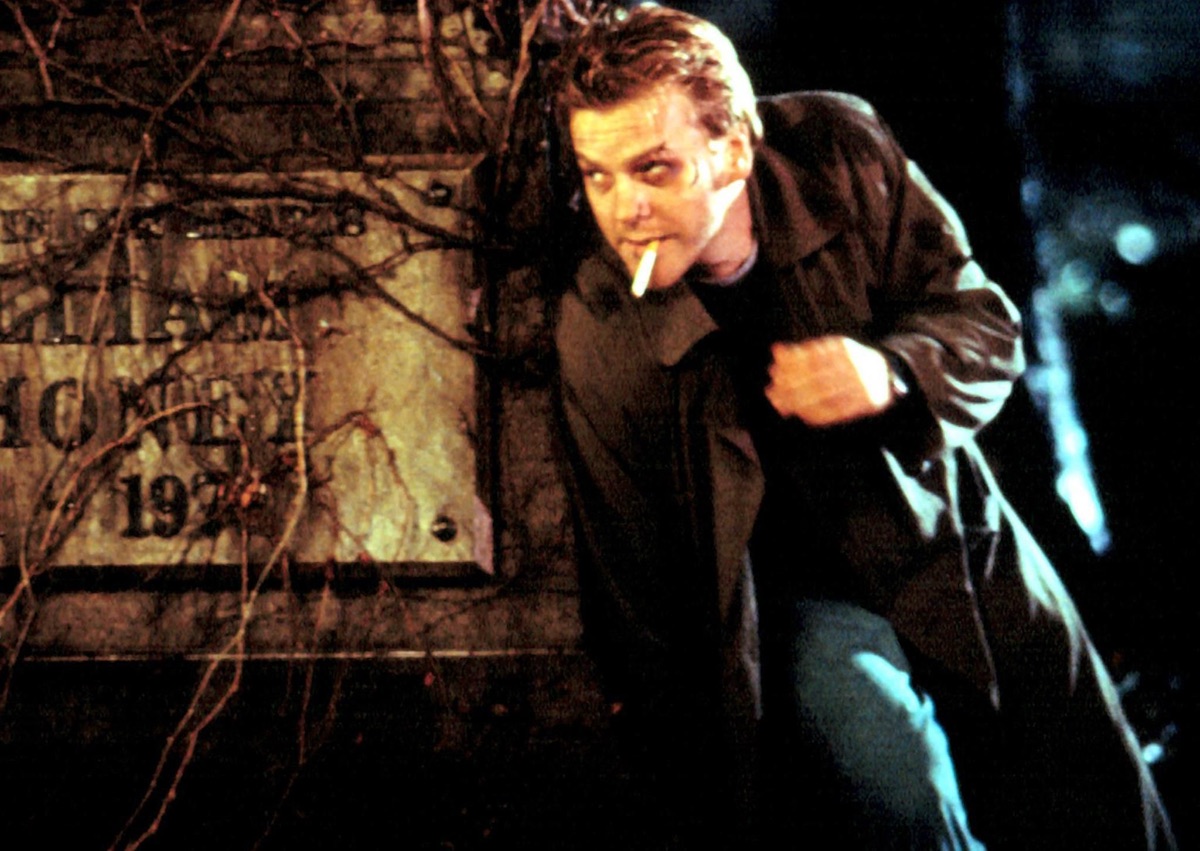 When you go through Joel’s filmography, one thing is clear: he didn’t like clichéd plots. Premises were always intriguing. “Flatliners” follows five medical students who attempt to find out what lies beyond death by conducting clandestine experiments that produce near-death experiences. Sounds already interesting. Even though “Flatliners” has its flaws in the script – such as the repetitive nature of the reasons behind the visions our characters get to see – it was still a big deal in its time. Not only does the film keep you entertained until the end, it’s also a good showcase for its cast, especially Kevin Bacon and Schumacher regular Kiefer Sutherland. It was also an amazing achievement on a technical level: cinematography and effects work were praised even in some of the negative reviews of its time and its sound editing was nominated for an Oscar.

It also contributed a lot to the hype around Julia Roberts that year, alongside “Pretty Woman” and her following Schumacher collaboration “Dying Young.” Since she also had a much-publicized romance with Sutherland, the media’s attention was all over her. For a man who’s got much criticism for bringing a campy nature to the “Batman” films, it’s admirable how Schumacher avoids being campy in a story like this and instead creates an almost hauntingly dark atmosphere. No doubt it deserved a better script, but thanks to Schumacher’s stylish direction, “Flatliners” doesn’t look dated at all. 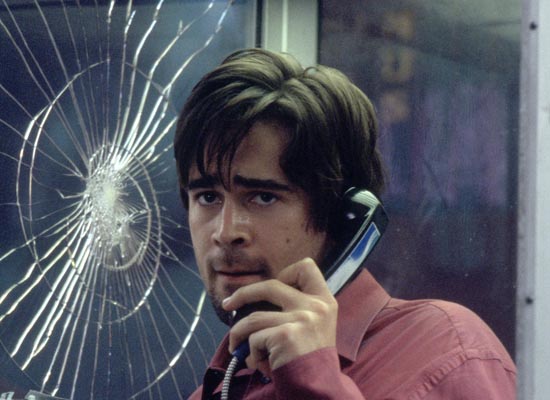 Fast pacing, very engaging, incredibly entertaining and also even thought-provoking, “Phone Booth” is a stylish thriller that doesn’t waste a second. It follows the arrogant New York publicist Stuart Shephard (a terrific Colin Farrell) who usually uses the last remaining public phone booth in the city to contact his secret lover Pam (Katie Holmes). As soon as he makes his call, the phone rings. He’ll be shocked to find out that the man on the phone (award-worthy voice work by Kiefer Sutherland) knows almost everything about him and warns him to not leave the booth. If he does, he’s going to shoot him.

“Phone Booth” has a lot of strengths: the dialogues are well-written, Farrell and Sutherland are at the top of their game, the whole theme of how we try to look different to others, how the system wants to make us to look better and hurt others, and it’s all in a complex manner because the sniper who puts our main guy in a “box of shame” is actually the villain of the story and he doesn’t shy away from attacking or murdering random people just to teach our lead character a lesson. Psychologically multilayered, “Phone Booth” runs for only 80 minutes and is full of the right dose of humor, excitement, and thrills. 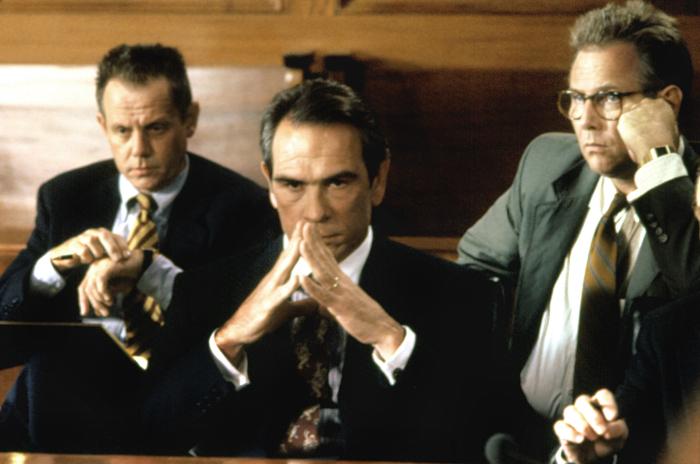 An 11-year-old learns of a suicide where the body of a prominent gangster victim is buried, which not only drives the prosecutor and FBI, but also the mob on his neck. A compassionate lawyer saves him from the worst. ”The Client” is an old-fashioned filmmaking effort from Schumacher and his first John Grisham adaptation. The story surprises if you haven’t read the book, and Schumacher balances the suspense, action, and humor just enough and it’s full of great little moments.

Another one of Schumacher’s skills was, of course, finding the right actors, and the trio of lead actors – especially Susan Sarandon in an Oscar-nominated and BAFTA-winning performance as a recovering alcoholic lawyer who interacts with the boy both as a surrogate mother and a professional – shines and elevates the material even further. Joel doesn’t try to re-invent the genre, but for those who love legal dramas and such stories will have a lot to enjoy in “The Client.” One of the best Grisham adaptations for sure, and even though “Runaway Jury” is a great film as it is, it’d be interesting to see Schumacher’s take on that one as well as he was the first choice to make it.