There is a reason why the English language has taken into its dictionary the term “Lynchian”. It has everything to do with how Lynch first and foremost treats his characters. They appear to be sucked out from the deepest vibrations of the unconscious.

The reason their “weirdness” has an impact on the average viewer is because on the collective level we all have this imagery ingrained deep inside the mind. There are things that come from the chthonic myths of all civilizations, and Lynch is just communicating them to a contemporary audience.

The “quirkiness” that goes along with the chthonic elements inside the characters taken from Lynch’s efforts in reaching his inner self have left on a mark on the collective consciousness of movie fans everywhere, and have become even a pop-culture phenomenon.

It’s not that Lynch never drew from the storytelling and mythical traditions of history and literature, he just found a way to present all that to the big screen and really give film the ability to explore the realms of the odd, strange and unusual. Let us dive in to those realms, even for just a bit with this list. 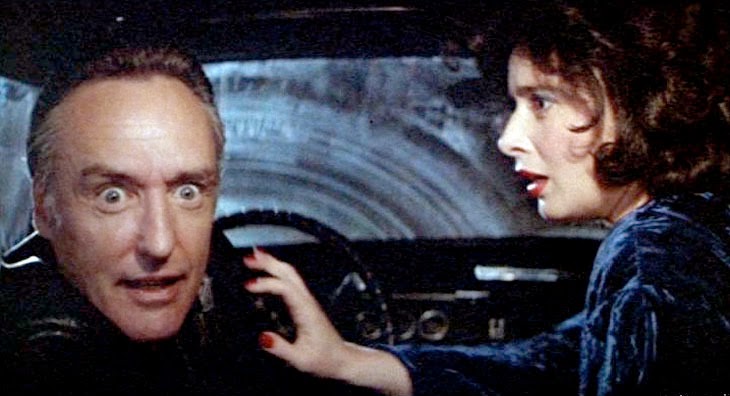 Often times Lynch takes his characters to a supernatural extreme, but this is not the case with Frank Booth, he is very real while remaining very strange and bordering the realms of reality with his split personality. His “realness” tells us that he does not need one quirk or a few quirks to step out of the profile of a regular gangster in many crime movies, or a criminal in a mystery story, the most weird thing about Frank is his presence when he is on screen. This is due to Dennis Hopper’s magnificent portrayal of what an insecure, insane, manic and psychopathic criminal would look like in a Lynch film.

The oddity is in all the mannerisms that he displays, from the way he speaks, to his body language, Frank Booth is a perfectly drawn out antagonist with screen time that captures you every time he walks out into the frame. With every next move that Frank doee, we are left surprised, because there is no limit to what his sadomasochistic mind can think of, because of this constant change into his personality, jumping from on character to the next, he gets a special place on this list.

One of the most memorable scenes in Blue Velvet is when Ben gives his performance of ,,In Dreams” by Roy Orbison. This alone guarantees him a spot on this list. Ben does not seem to play a big role into the overall picture, but is very important to complement the character of Frank. Ben is the partner of Frank in all of his criminal shenanigans, he is the epitome of the absurd levels that Blue Velvet sometimes reaches.

Ben and Frank have a distorted relationship that is not clearly laid out, but it’s this mystery that surrounds Ben that makes him a very important aspect into the story, we know very little about him, and all we know is just from one scene, where he leaves the impression of an even bigger psychopath than Frank, simply because Franks is scared off him.

Ben is what Lynch does best, a side character that often times overshadows the main cast simply because within a brief appearance we are left with so many questions about him. Lynch does open the door to the dark and creepy world of crime and relationships between its participants, but leaves us wondering where exactly does this extreme lifestyle go to.

The first character that steps outside reality in this list, is the Grandmother from the same short film by David Lynch. She is a typical Lynchian creation, she gives out a creepy vibe, but we are drawn into her, she becomes likable due to the mixture of the surreal appearance and the unexpected actions that she takes with relation to the main character – the boy in search of a family.

Lynch is exposing our fears on the screen, while giving us a hope into a character that is chthonic in its appearance and is beyond our expectations of what a needed and necessary family member would look like.

It seems that Lynch is showing us that once we get in touch with our deepest fears, they can be transformed into a very loved thing, in this case the Grandmother is weird because she does not fit the perfect image of the ideal grandparent. This is due to the boys personal projection of his desires into her, it might seem that the Grandmother is just another version of the boy’s own inner life incarnated into an actual being. 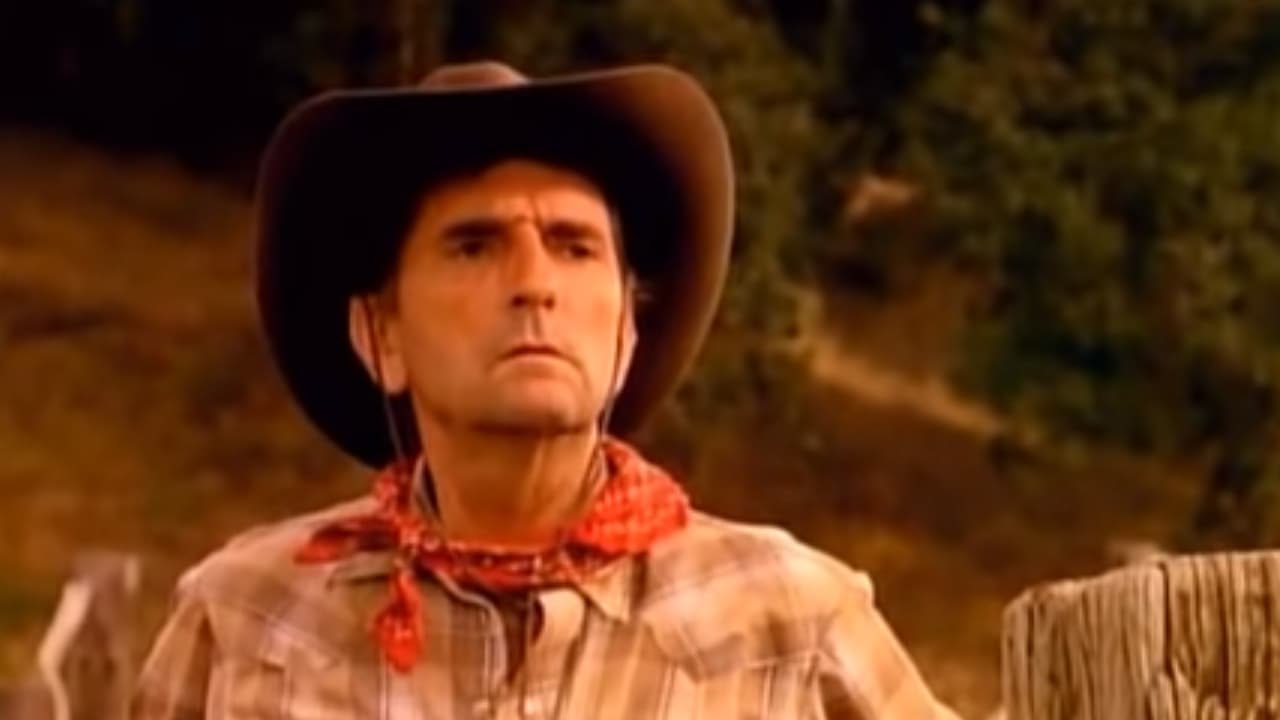 The cowboy might seem like the most stereotypical character on the list. Lynch does use some common stock characters from American cinema and American culture, but again what makes this character interesting is the characteristics he draws from his interactions with other, in this case most commonly the Frenchman.

The way Lynch takes these characters and puts them into a situation where he combines two worlds that seem irreconcilable is through a surreal sequence of music and dancing. The cowboy seems to be the one that is more lost of the two, even though he is on his own land and in his own culture.

This is what makes him weird. We are left with our expectations to be proven wrong again. The culmination of his character becomes complete with his performance of “Home on the Range” where he taps into his own being of what a cowboy is when faced with a foreign influence. 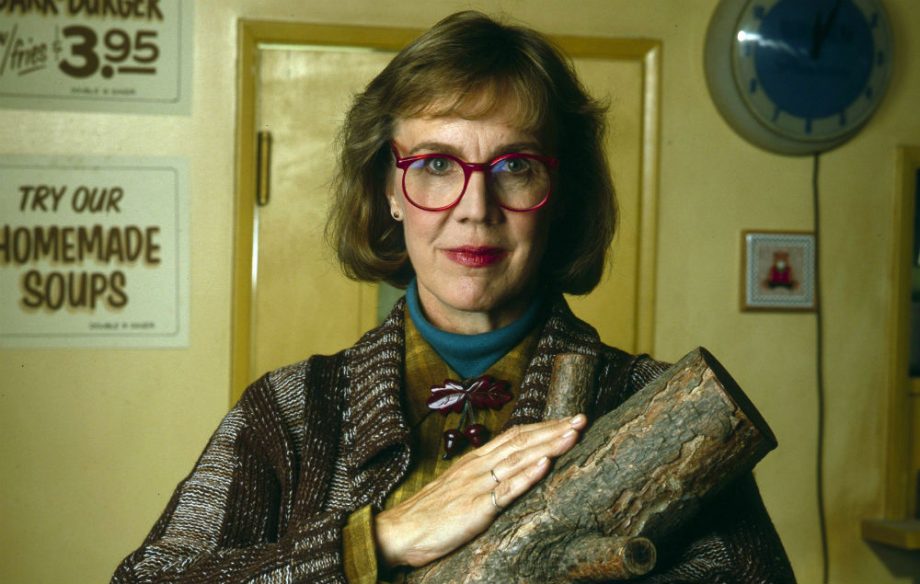 A character that was to be expected on the list, is of course the Log Lady, she enjoys a lot of popularity within the Lynch fan base, the issue again is how much of the character do we know and how much Lynch is letting us know.

From the appearance and the interactions the Log Lady has…she seems to not be a character with her own dimensions, but rather is a medium who communicates with other worlds and states of being, this makes her very intriguing. She might be stereotypical town fool, the person that is the black sheep of the small community, but what Lynch does, is within that character he opens doors that burst out from her once the surface is barely scratched.

It’s not clear if the weird character in the situation is the lady, or the log, or are they both used in the greater scheme of things. Are they just a product of a predetermined universe that Lynch created and they are just actors playing out their roles, or can we get a glimpse into a more personalized view of the characters themselves.