So in my last article I discussed films that I felt their directors were born to make. And fittingly enough I find myself with another similar task but this time with my focus being on the actors. There’s something to be said about the right casting that goes into a film.

The best decisions can often be a matter of what actor is going to immerse themselves in the role better than any other. This calls to mind method actors like Daniel Day Lewis who go to extremes to live like the character and use every part of their aura to embody what that character will say, think, and do. But there’s another idea that goes into casting, and that’s who best fits the role and can slip into this material like a glove on a hand?

These 10 actors and the films they were in are the best examples I can think of in regards to this. Actors who lived a life so similar to the characters they play that the quality of their work came as naturally as breathing. After all, what better stories are there to tell but our own personal stories? With that, these are 10 Great Movies Whose Stories Imitate Actors’ Own Lives. (Alphabetical order)

One of the reasons Bette Davis was such a great presence on screen for so long is because she was willing to age before our eyes, while so many tried to maintain their youth Davis was mature enough to grow in experience.

This is greatly demonstrated in “All About Eve” in which she gives her finest performance as a highly respected but fading Broadway actress, Margo Channing. Margo encounters an enormous fan named Eve (Anne Baxter) who slowly but surely works her way into Margo’s inner circle, first becoming a hopeless fan, then becoming her secretary, her understudy, and eventually her rival.

Margo is painted as a person, she’s in love with her work but isn’t an exhibitionist, she’s a professional. Eve is a type, starting out as nothing more than an insincere pair of eyes and working her way into a light she’s undeserving of.

There are a great many of performances in here from an ensemble cast including Thelma Ritter, George Sanders, Celeste Holm, Hugh Marlowe, and one of Marilyn Monroe’s first appearances. Many of which were nominated for Oscars, which in turn gave the film a record setting 14 nominations, a record only matched by “Titanic” in 1997 and “La La Land” in 2016.

But award recognition isn’t what defines this film, it’s the almost real portrayal of an actress as she’s caught off her guard by the ones around her. “Fasten your seat belts, it’s going to be a bumpy night.”

I’ve always been amazed, even to this day, with how prolific Woody Allen is. This is a guy who probably makes a film every year and somehow finds a way to remain fresh and inquisitive almost every time. What he does in “Annie Hall” is simply tell the story of a relationship built upon two eccentrically weird and awkward people.

Alvy Singer is essentially Woody Allen himself and Annie Hall is essentially Diane Keaton, especially seeing as how their character names were nicknames in their own lives. One gets the sense of straight forward honesty from this but Allen has a way of going further than that, his style is something that gives this film an identity all its own.

Allen runs the gamble of comedy theory and talent through every scene of this film, ranging from relief theory to incongruity theory and interlaces it with precise writing, direction, dialogue, acting, editing, and timing.

When Alvy and Annie talk on the rooftop and start making pointless banter about a picture in her apartment we see words appear on screen showing what they’re thinking while they’re talking. There’s text, what we say, but then there’s context, what we mean, and when Alvy is asking about this picture but is really thinking “I wonder what she looks like naked?” it rings so true and feels far too familiar. All the while Allen sets the bar for romantic comedies and to this day you still see movies try to emulate the standard he set over 40 years ago.

In truth I could probably summarize this entire pick as the entire cast and not just the main lead. During the 40’s Italy was experiencing social and economic strains as WWII took its toll in the national psyche and living conditions of their country. As a response to this the Italian film industry shifted focus of their films to reflect the current wave of poverty, oppression, injustice, and desperation.

A trademark of what films would do during this time was cast unknown actors or even just find regular, everyday people to act in the films. The result is a collection of films that have a bitter sense of truth behind them because the actors act out what their daily routines were on screen where the world was brutal and unfair.

“Bicycle Thieves” is no exception to this as we are dropped into the center of poverty stricken Italy with a father who scraps up everything he has to have a bicycle to work and provide for his family. When it’s stolen there’s not much to do because the social and political system they live in could care less. It’s a rough time and it’s a rough life, often times there are decisions made that are regretted instantly and there’s not much hope for redemption.

4. Birdman or (The Unexpected Virtue of Ignorance) (2014) – Michael Keaton

This is a casting choice that’s either really dumb because of how obvious it is or one of the most brilliant decisions because of how uncanny it parallels with life. A washed up actor, most famous for playing a superhero way back in the day, putting forth everything he has to rejuvenate his career and be taken seriously again. Hmmm, that sounds a lot like Michael Keaton doesn’t it?

The funny thing about this character is that Keaton wasn’t even in their mind when the part was being written but upon completion it was like an Epiphone that screamed “Michael Keaton is who we need for this role!” The result is a highly autobiographical, somewhat spiritual experience in which Keaton taps into unknown potential none of us knew he had.

There’s an energy to “Birdman” that’s unlike anything I’ve seen in film before. A sense of hyperactivity, style, and electricity that flows through every moving moment the film has to offer. Part of that energy comes from Keaton’s combination of heart and fire. A love for his family after alienating them for so long and his almost psychotic dedication to his art for which he tries to find his place in life. 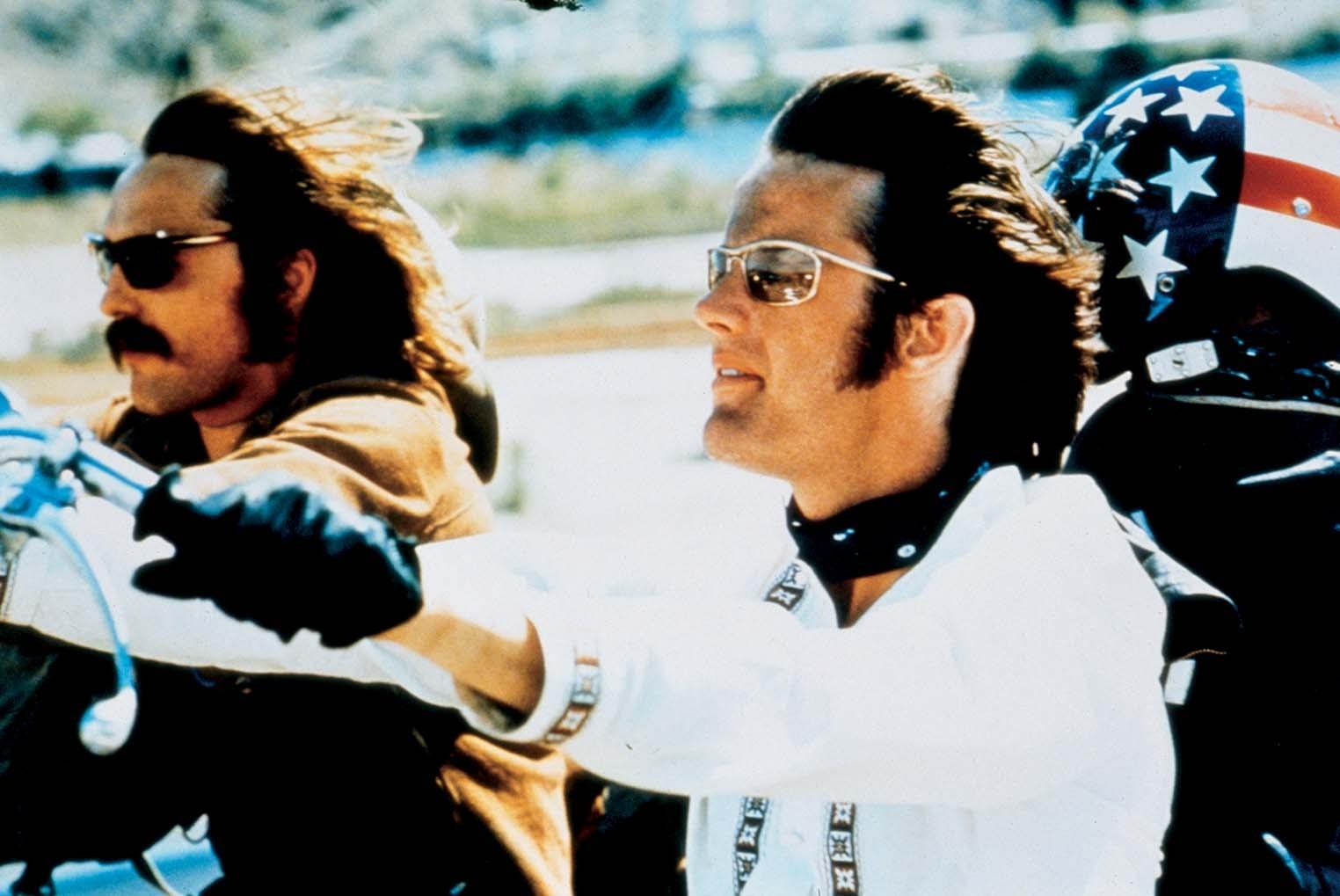 Throughout the 60’s Peter Fonda was described by many as a counterculture icon, Playboy magazine stating he had established a “solid reputation as a dropout”. He hung out with the likes of The Byrds and The Beatles and frequently took LSD because that’s what the 60’s was immersed in.

We love to celebrate films that are timeless and seem to stay relevant to this day. But we tend to forget the celebration we can feel with something that is truly a “time capsule”, and that’s exactly what “Easy Rider” is.

The film stars Peter Fonda, the son of the legendary Henry Fonda, when Henry saw his son in this for the first time he said he walked out a puzzled man. He couldn’t understand what he saw and what it meant, I think this fascinating tale perfectly describes the feeling of this wonder of cinema. The old guard at the time probably couldn’t see what the young kids saw, or better yet what they experienced, to them it was probably crazy and devoid of story.

But in truth Dennis Hopper stars and directs to simply take us on a ride through what an entire generation was looking for. It’s as simple as you can get with 2 men who hop on their bikes and go riding in search of ‘America’, all the while it celebrates drugs, sex, rock n’ roll (with a great soundtrack of ‘Born to be Wild’), and above all else freedom.