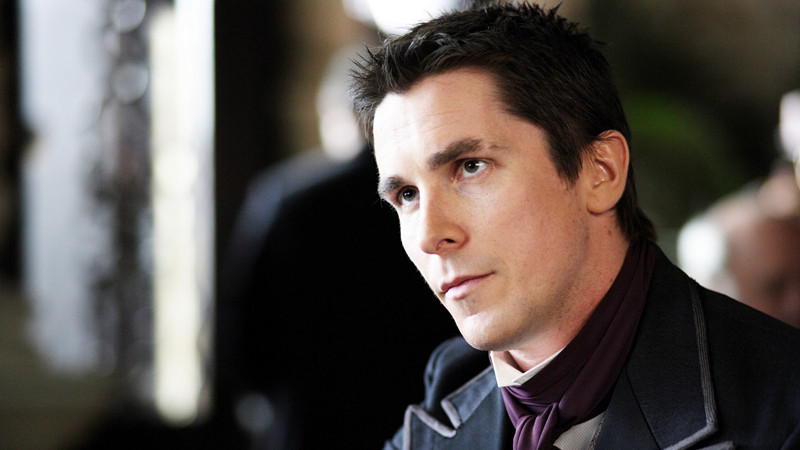 Over the years, there have been many films – both documentaries and works of fiction – focussed on the art of filmmaking itself. On the fictional side of things, films like 8½, Ed Wood, Bowfinger, Be Kind Rewind and The Disaster Artist are only the tip of the iceberg when it comes to movies that are themselves actually about making movies.

But not every flick that touches on the craft behind the moving pictures trade is as explicit as the above examples. On the contrary, sometimes, the filmmakers involved express their commentary on the movie-making game through symbolism, relying on the film’s underlying themes to convey their message, instead.

With this in mind, we’ve pulled together this list of 10 movies that – believe it or not – are secretly about movie-making. 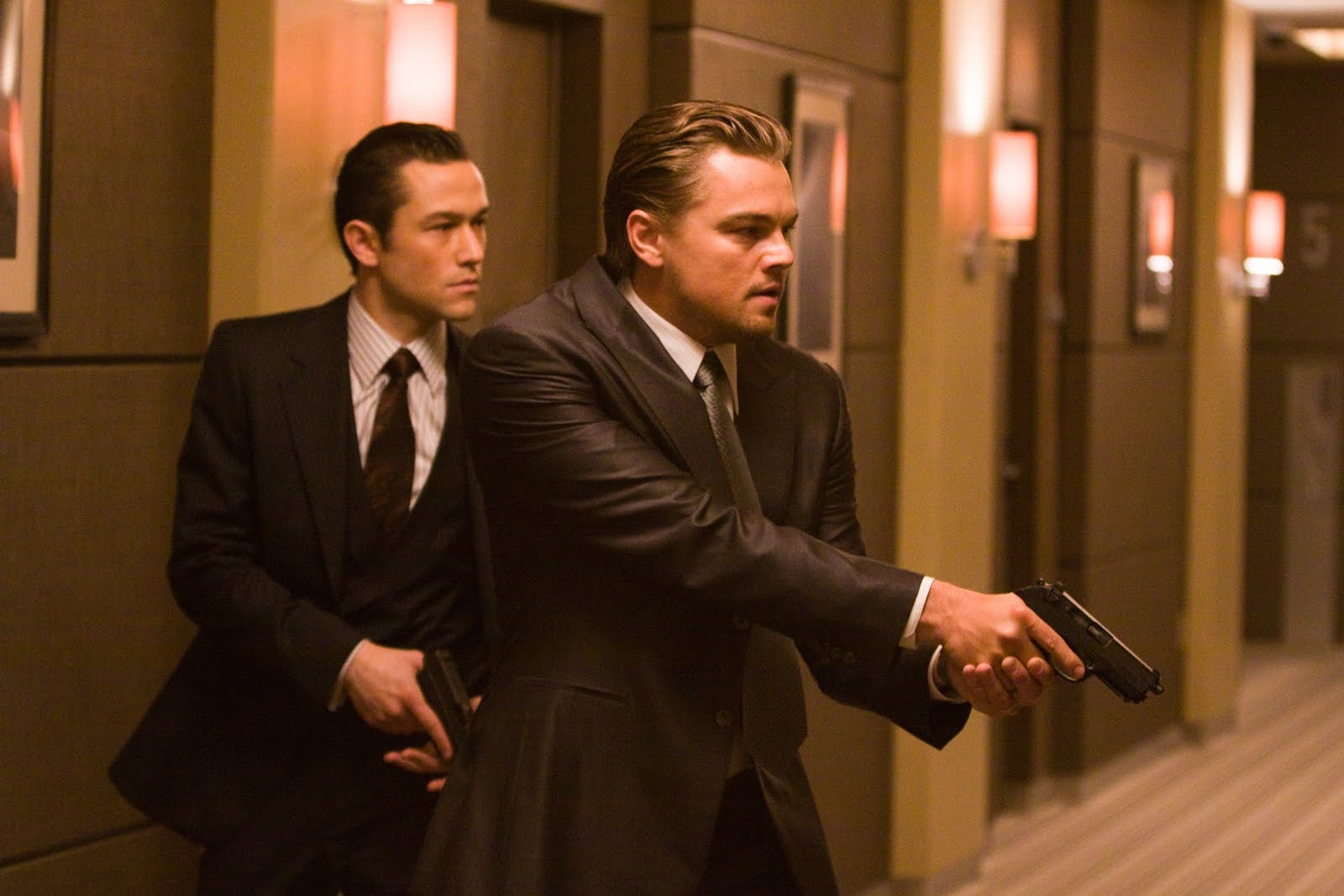 Arguably the poster child for the whole “movie as metaphor for movie-making” concept, Inception was quickly identified by many viewers and critics alike for its filmmaking subtext. The first of two movies on this list directed by Christopher Nolan, this 2010 dream heist flick – which sees Leonardo DiCaprio’s Cobb and his team of “extractors” attempting to plant an idea in their target’s mind – has obvious parallels with the art of making movies.

Think about it: Cobb introducing his own idea into someone else’s head, with the hopes that it will take root there and grow, is pretty much the same thing that a director does when they present their story to an audience. Nolan even takes things a step further, introducing the notion that the “inception” process can go wrong, with victims ultimately losing themselves in the reality fabricated for them – a nod to the self-destructive tendencies of obsessive cinephiles.

There’s even a connection between the dreamers in Inception and the audiences watching the movie. Sitting in a dimly lit theatre as a series of images unfold before their eyes, viewers collectively experience and create a new reality that exists only in the imagination – just like the characters in the movie!

That’s right, Ratatouille – the Disney/Pixar animated joint about a rat who can cook – is at heart a story about making movies. It’s actually a bit broader in scope than that: it’s about the wonders of the creative process, and celebrates the idea that a great artist can come from anywhere.

That said, writer-director Brad Bird clearly had filmmaking front of mind when developing his Oscar-winning outing – as evidenced by Peter O’Toole’s food critic Anton Ego. With his acid-tinged wit and bottomless snobbery, it isn’t a stretch to assume that Ego was modelled on his film-oriented counterparts.

Ratatouille concludes with a poignant monologue by Ego – now enlightened after experiencing first-hand rodent chef Remy’s genius – where he acknowledges the greater inherit worth of creators over those who review their work, and the need for critics to champion those who innovate.

And it’s hard not to see this as Bird sending a pointed message to those who would review this (or any other) movie without first checking their own pretensions at the door.

A genius possessed with a singular, ostensibly ludicrous vision that requires the efforts of a dedicated (and at times, exploited) crew. We’re referring here to Werner Herzog’s acclaimed classic Fitzcarraldo – but we could just as easily be talking about a director working on his latest film!

Intriguingly, the production of Fitzcarraldo supports this reading of the film’s subtext, with Herzog’s often questionable methods mirroring the single-minded intensity of his protagonist’s mission to shift a steamship over an unforgiving mountain.

In the end, the beauty of Fitzcarraldo lies in how beautifully it encapsulates both the wonder of movies – seriously: they haul a boat over a mountain in this thing! – as well as the insanity that can take hold of those who make them.

4. Birdman (Or The Unexpected Virtue of Ignorance)

Ostensibly, Birdman is a movie about the struggles of a washed-up actor, Riggan Thomson, to stage a broadway play. So just by virtue of Riggan’s career as a former big screen superhero, there are obvious filmmaking elements at work right from the get-go.

But dig a bit deeper, and you realize that Birdman – masterminded by director Alejandro González Iñárritu and cinematographer Emmanuel Lubezki to appear as though it unfolds within one, continuous take – has more to say about making movies than it does the theatre.

Brought to life in a career-best turn by Michael Keaton, Riggan embodies the passion, anguish and self-destructive tendencies that characterizes many of cinema’s greatest talents. His tortured quest to achieve artistic purity – in the face of the highly lucrative option of selling out – and in so doing, finally be recognized as a “serious” performer, is a character arc no doubt familiar to several stars at large in the industry today.

The second Christopher Nolan flick on this list, The Prestige likens movie-making to the ultimate magic trick. After all, films are themselves one giant illusion: a series of images played back at 24 frames per second in order to fool the eye into perceiving moving pictures.

And then there are the various tools and techniques at a director’s disposal. Using these methods as a form of sleight of hand, a good director is able to pull the wool over their viewers’ eyes – and that goes double for movies with twisting-turning narratives like this one.

Nolan even goes so far as to intentionally model the structure of The Prestige after the three (fictional) steps needed to perform a magic trick introduced in author Christopher Priest’s original novel: the pledge, the turn and the prestige.

But just as importantly, the film’s plot – which charts the increasingly bitter rivalry between two stage magicians played by Christian Bale and Hugh Jackman – likewise has a lot to say about the obsession that defines many filmmakers. Bale’s Alfred Borden is the consummate craftsman, utterly dedicated to his art, whereas Jackman’s Robert Angier is a natural showman, who craves the look of wonder on the faces of his audience members.

Despite their different motivations, both men pursue their goals with fanatical devotion and freely sacrifice anything that stands in their way – a lot like some directors we could name…