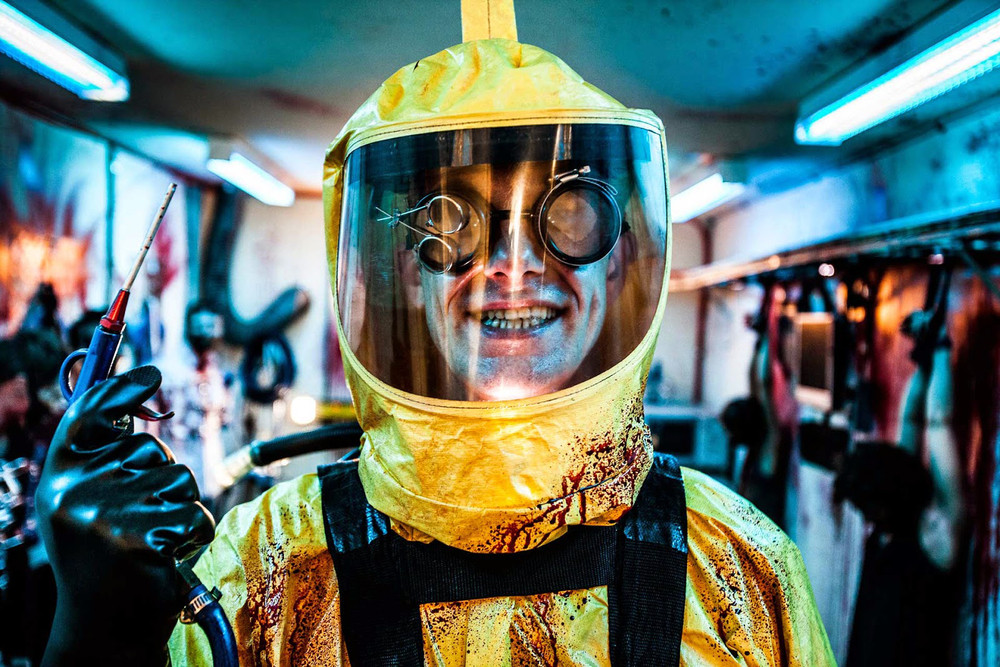 Encompassing films from as early as the swinging 60s up to the present, this is the first out of three articles which take a brief look at thirty more or less obscure features and a few shorts coming from different corners of the world and deserving more attention, as the title suggests, with at least one representative for every continent. 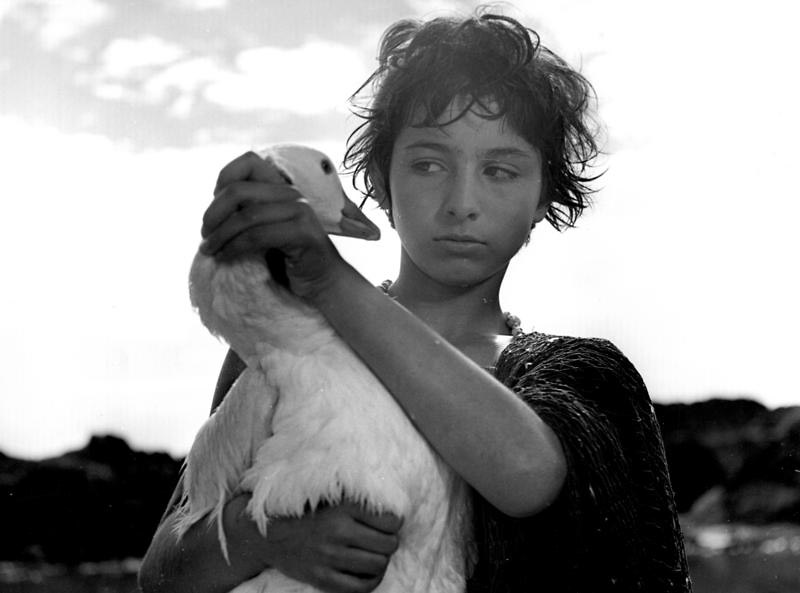 Based on Theocritus’s poems and Longus’s novel “Daphnes and Chloe”, a lyrical drama “Young Aphrodites (Mikres Afrodites)” would probably spark some controversy even today, considering it features many scenes of its underage heroine running semi-nude around the unnamed island where the story is set, cca 200 BC. (There’s nothing vulgar here, but you never know with the faux moralists.)

The girl in question is Chloe (wonderfully portrayed by Kleopatra Rota) who seems to be armed with more confidence than the other women of her idyllic village in which a group of shepherds arrive, while all the men are gone fishing. After she attracts the attention of a young boy, Skymnos (Vangelis Ioannidis), their innocent game of seduction begins, reflected in the relationship of two adults, the attractive Arta (Eleni Prokopiou) and the aggressive Tsakalos (Takis Emmanuel).

With the release of libidinal energy, the foundation of Chloe’s simple, naive and carefree world is shaken, which eventually leads to its demise. A timeless and universal story of love, survival and maturation is told via the short and sparse dialogues, intoxicating and somewhat melancholic folk melodies, as well as the enchanting B&W images which Koundouros imbues with symbolic value, letting them wash over you like a sea. 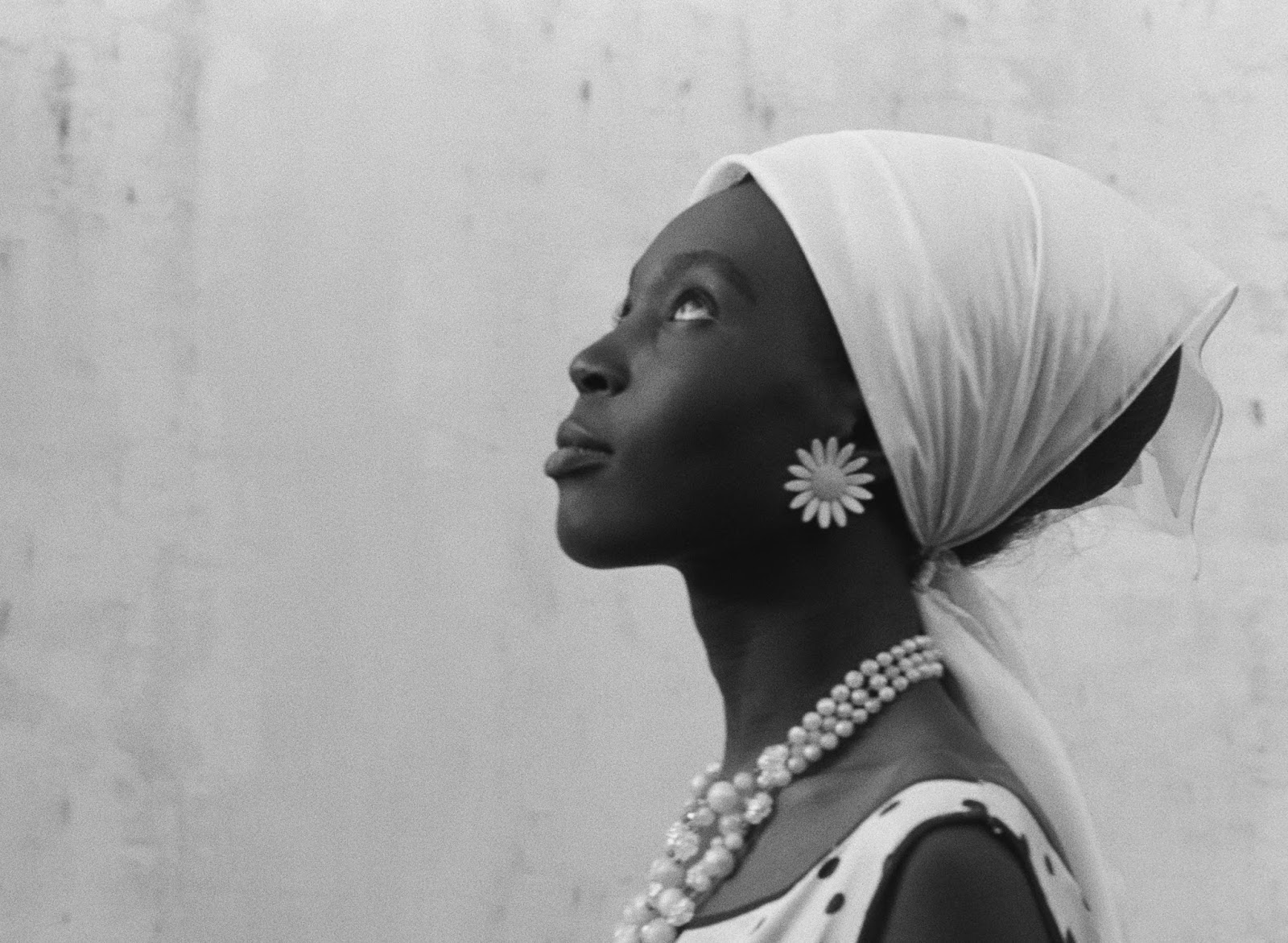 Ousmane Sembène’s impressive debut, a harrowing drama “Black Girl (La noire de…, literally The Black Girl of…)”, addresses the themes of racism, colonialism, capitalism (i.e. the modern slavery) and post-colonial identity of African people in Europe and it is often considered the first film by the Sub-Saharan African auteur to receive international recognition.

It is centered around a young and ambitious Senegalese woman, Diouana (the magnetic presence of Mbissine Thérèse Diop giving an unaffected performance), who moves from a village near Dakar to Paris to continue working as a nanny, only to find herself being harshly exploited by the lady of the house (Anne-Marie Jelinek). As her dreams of the cosmopolitan future crumble, we hear her inner monologues, paradoxically spoken in French (the voice of Toto Bissainthe), and see the snippets of her former (and modest) life via flashbacks.

By casting the non-professional actors, Sembène achieves a subtle synthesis of realism and fiction, whereby the classy, documentary-like visuals and the influxes of tribal music intensify his work’s authenticity. The mask which Diouana gives as a present to her employers becomes a metaphor that holds multiple meanings, both positive and negative. 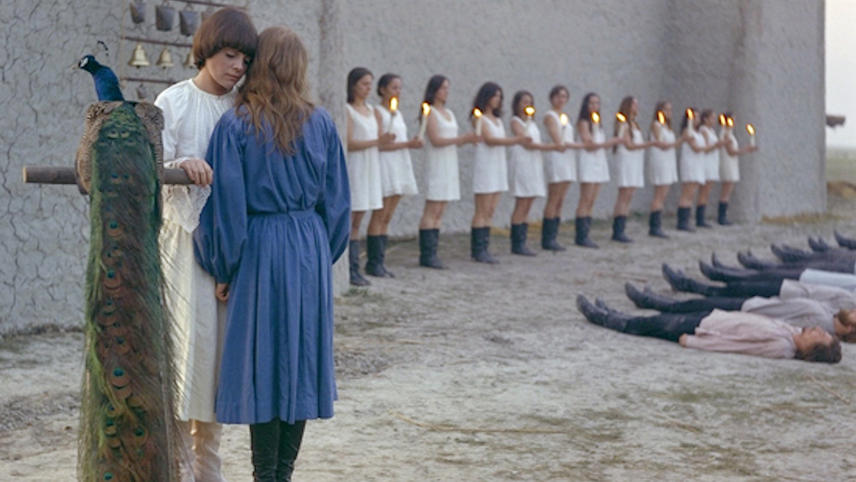 Far more daring, universal, exciting and sophisticated than most of Miklós Jancsó’s lauded (and somewhat inaccessible) classics, such as “The Round-Up (1965)”, “The Red and the White (1967)” and “Red Psalm (1972)” is “Electra, My Love (Szerelmem, Elektra)” – an idiosyncratic adaptation of László Gyurkó’s play of the same name which brings radical changes to the ancient myth. Relocating an unconventional revenge tale from Ancient Greece to Hungarian steppes, the director calls for an incessant rebellion against oppressors and claims that overcoming fear, as well as facing death and truth are the first steps towards ending the tyranny.

The character of a ruthless despot, King Aegisthus (József Madaras), who considers freedom to be burdensome for the common folk, is the obvious allusion to the communist regime of the time, with the titular heroine (Mari Törőcsik) and her brother Orestes (György Cserhalmi) acting as the embodiments of the revolutionary spirit. The oppressed are represented as a flock of fearful, easily controlled sheep who shut their ears to Electra’s words and deify their suppressor, while keeping the status quo of lies and deception.

Rooted in the Hungarian tradition and reminiscent of a hyper-stylized pagan ritual, this “political musical” boasts a formidable strength which lies in only twelve long, meticulously composed takes. Captured by the keen eye of János Kende, their astounding complexity is mirrored in the elegant choreography of movement of not only actors, but also the hundreds of extras and even animals! Along with the ascetic costumes and minimalist scenography, the emphasized theatricality creates a solemn and sublime atmosphere.

A surreal finale sees a red helicopter as a phoenix. 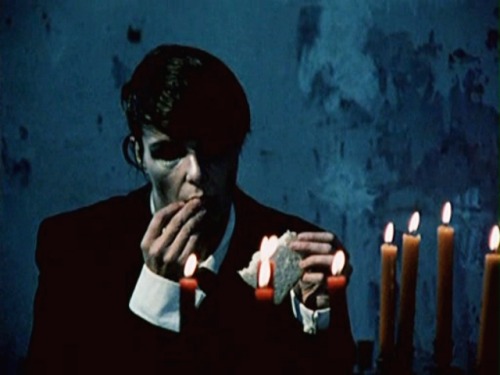 Speaking of the Netherlands’ “great cinema magician”, the Remodernist filmmaker Maximilian Le Cain notes that once “Zwartjes has caressed your eyeballs, you will never be able to see cinema in the same way again.” However, one has to be aware that the caressing of “Pentimento” feels more like a punch right in the guts, considering it is a bleak, visceral and disturbing “mystery drama” (for a lack of a better term) probably crafted in a fit of creative madness.

A total opposite of an easy watch, it is a raw, dirty, provocative, nightmarish, extremely unerotic and, at first glance, misogynistic experience which could be described as Arrabal meets Makavejev, Terayama, Pasolini, Cronenberg and Fukui (minus all the hysterics).

It revolves around a series of weird experiments coordinated by a mad Japanese doctor on a group of randomly picked women who may or may not be prostitutes, away from public eye, in a run-down spa situated in the middle of nowhere. Stripped naked, with only their high-heel shoes on, the subjects are treated as lab rats or even worse, whereas their sadist tormentors engage in strange activities, entering “Sweet Movie” mode at one point.

As creepy nurses and men in black who make most of the deranged scientist’s staff indulge in perverse fantasies, we are treated to a grim, claustrophobic atmosphere achieved via the relentless blend of gritty, grainy imagery and unnerving soundtrack which marries ambient noise to uncanny electronica, operating as a replacement for dialogue. 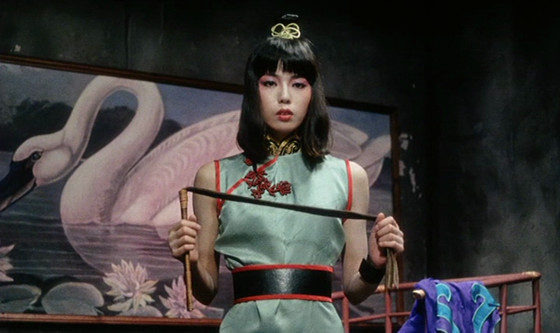 Loosely based on the novel “Retour à Roissy” written by the French writer and journalist Pauline Réage (who provides the voice-over narration), “Fruits of Passion (Les fruits de la passion)” is the cult J-director’s most accessible offering, yet many of his avant-garde trademarks – from the ownerless shadows to the photos stitched with red thread – are present. Weirdness arrives in abundance, so the fortune teller walks by Death and one of O’s “sisters” floats on an imaginary grand piano, after killing her client and committing suicide.

Terayama’s mise-en-scène excels in decadent beauty, whereby the recognizable cinematography by his frequent collaborator Tatsuo Suzuki captures it in its full splendor. The amalgam of European and Japanese arthouse sensibilities is further improved by J.A. Seazer’s melancholic score. And a little bit of “queer” flavor is lent by Peter of “Funeral Parade of Roses” fame in the role of O’s new home Madame.