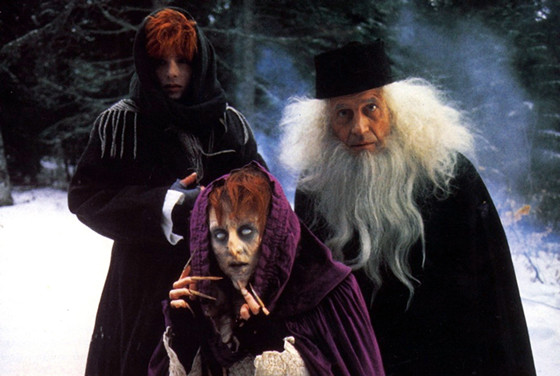 During the 80s, Laurent Boutonnat wrote and directed the series of the most filmic music videos for the prominent French pop singer, songwriter and entrepreneur Mylène Farmer who used every chance to prove her considerable acting skills. In “Tristana” which gives the visual identity to the eponymous song taken from Farmer’s debut album “Cendres de Lune”, Snow White is involved in The Great October Socialist Revolution.

The titular heroine whose name portends the tragic end is the fairest of them all in the Empire, provoking jealousy in the evil Tsarina (the delightfully campy performance by Sophie Tellier, a dancer). When a monk henchmen (Sacha Prijovic, looking as if straight out of some silent era film) is sent to kill her, she manages to escape down the slope in the scene which pays homage to “The Battleship Potemkin”, but her lover Rasoukine (portrayed by Vladimir Ivtchenko, a sculptor) is left with a heavy scar on his right cheek.

Later, Tristana is found by the seven dwarven Marxist farmers and… well, you all know how this fairy tale goes, just think a partisan instead of a prince and forget about “happily ever after”. Shot in the breathtaking snowy landscapes and on a couple of elaborately designed sets, this eleven minute fantasy drama brings Farmer’s ethereal vocals and captivating, well-edited imagery in perfect harmony. Also commendable is Farmer’s Russian which she had reportedly learned in school.

Heavy on CGI and ostensibly light on story, “Zu Warriors” is a high wuxia fantasy which reveals exactly what to expect from it in its introductory sequence, and that is a bunch of immortals with supernatural powers who “fly on their swords, chase the wind and the stars” above the “lofty crags and jagged peaks” of the legendary Zu mountains in China.

The good vs. evil narrative of metaphysical proportions also has these oriental (demi)gods “tuning their minds and bodies in search of eternal truths of the universe, so that man and nature can be one”. Divided into clans, each having a number of followers, they are faced with a great threat in the form of a demon, Insomnia, who intends to destroy the school of Omei situated on the highest mountain. So, it is up to Grandmaster White Brows (or rather, the longest eyebrows) to organize the defensive forces and counter-attack…

Based on the same source material as Tsui’s 1983 film “Zu Warriors from the Magic Mountain” which allegedly inspired Carpenter’s “Big Trouble in Little China”, this larger than human life and, quite literally, over the (Zu) top extravaganza provides plenty of almost psychedelic eye-candy, notwithstanding the outdated special effects. In fact, all of the “flashiness” serves as a supplement for hypnotizing action scenes which blur the line between ballet and fighting. 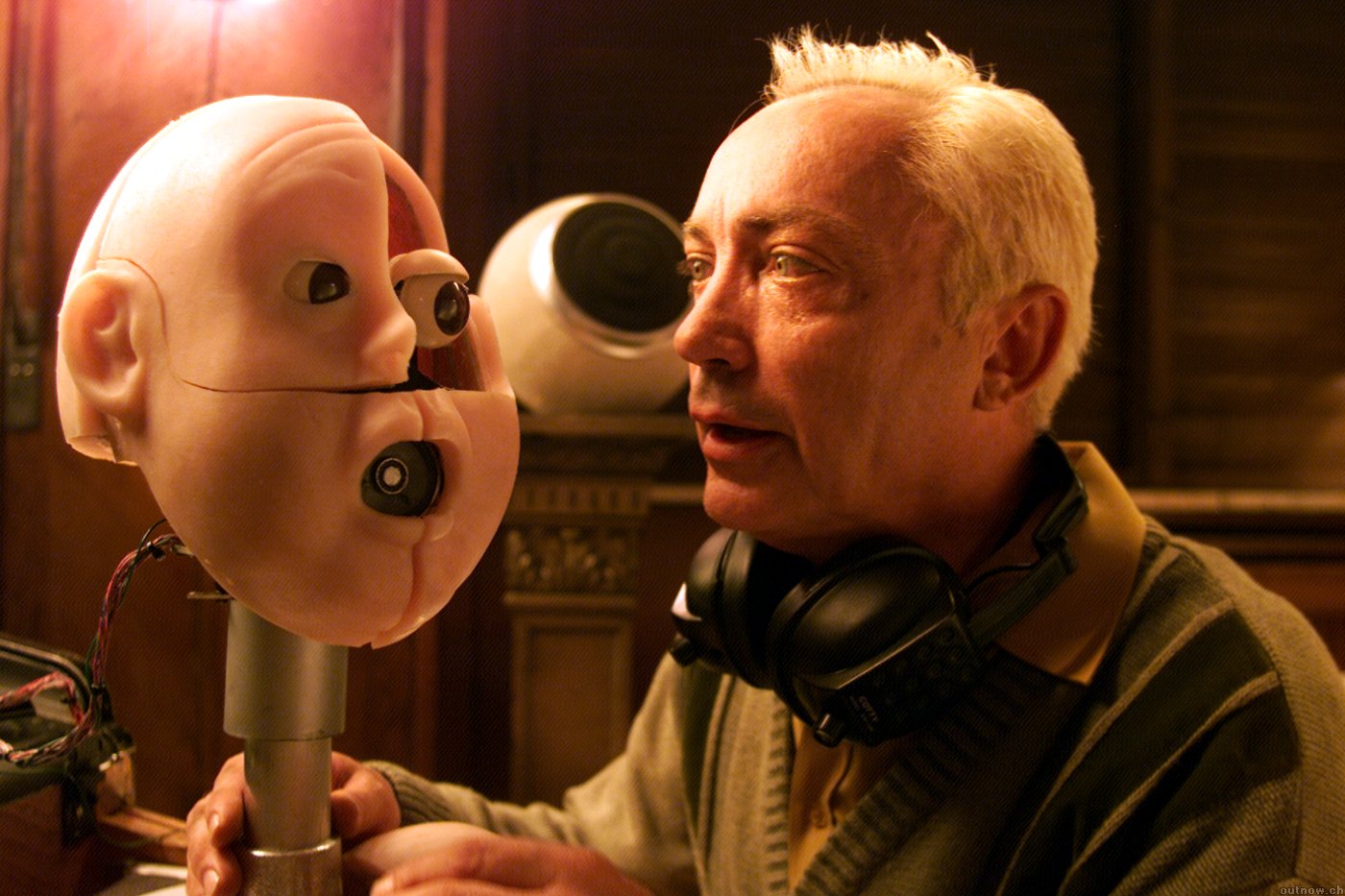 Drenched in brooding atmosphere and seething with cult status potential, a dystopian thriller “One Point O” sees Jeremy Sisto of “May” fame taking the role of a lonely computer programmer, Simon, trapped in an inescapable Kafkaesque nightmare.

While working on a new, very important project under heavy pressure from his employer, Simon begins finding empty packages in the anteroom of his dimly lit apartment. And when he attempts to discover the identity of an anonymous sender (who has somehow found a way to sneak into his crib), he exposes himself to his eccentric neighbors…

… and that’s exactly where the brilliantly casted Deborah Kara Unger (as a femme fatale next door), Lance Henriksen (as a guardian angel janitor?), Udo Kier (as a slightly crazy inventor) and Bruce Payne (as the creator of a perverse virtual game) come into play. Although their characters remain ciphers until the conclusion, each one of them gets a fair turn under the spotlight in the noirish, paranoia-fueled, SF-mystery that is still relevant today.

Unlike Neo in “The Matrix”, Simon doesn’t have an opportunity to choose between the red pill and the blue pill. His one and only reality dissolves before him, with a corporate conspiracy and the unscrupulous advertising schemes likely going on, whereby his world which initially seems to be draped in perpetual darkness is the world of the not-so-distant future. Combined with a sickly color palette and often twisted camera angles, deep shadows that engulf virtually every frame precisely reflect Simon’s crumbling state of mind. 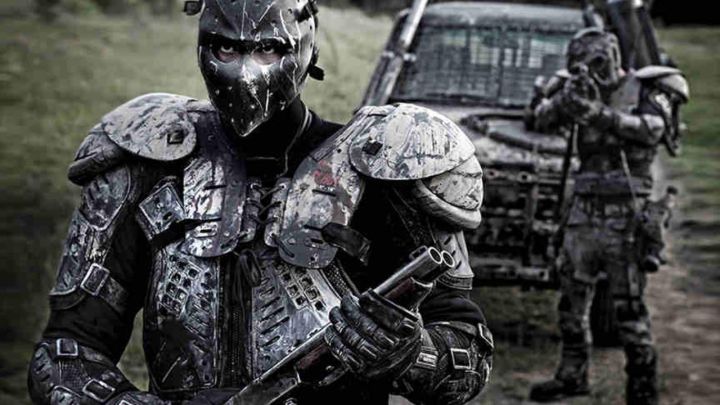 In case you’ve been avoiding zombie flicks lately (because there have been, like, seventeen entries a year), maybe you have missed this list’s least obscure movie which is a promising debut from the Australian filmmakers Kiah Roache-Turner and his brother Tristan as the co-writer. Shot for only $160,000 over the period of four years, “Wyrmwood: Road of the Dead” has the killer aesthetics and the energy of the Looney Tunes’ Tasmanian Devil.

It chronicles the trials and tribulations of a talented mechanic, Barry (Jay Gallagher), who looses his wife and daughter to the Z-infection, whereas his sister Brooke (Bianca Bradey) gets abducted by a psychotic doctor (Berynn Schwerdt) responsible for the cataclysmic events. Teaming up with another survivor, Benny (Leon Burchill), he sets on a hazardous trip across the Australian bushland, battling against hordes of the living dead.

Worthy of comparison to Miller’s “Mad Max” franchise that is one of the of the obvious sources of inspiration, “Wyrmwood” also borrows from George A. Romero’s oeuvre (kind of expected), as well as from Raimi’s “Evil Dead” trilogy and Rodriguez’s “Planet Terror”. The final result is an effective, exciting, high-octane and insanely fun amalgam of action, horror and comedy wherein the cars are propelled by the flammable mouth gas of the undead. Never trying to take itself serious, Roache-Turners’ contribution to the abovementioned subgenre is a blast. 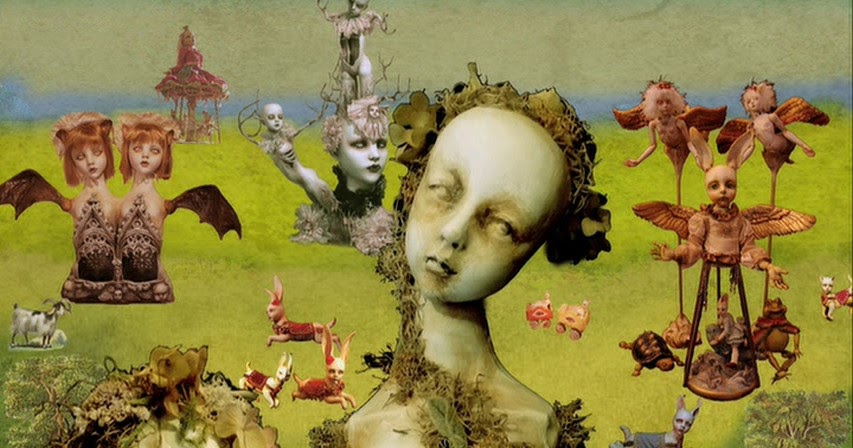 Kentaro Hachisuka’s crowd-funded debut anime doesn’t answer why a raven is like a writing desk, but it is certainly one of the weirdest reworkings of Lewis Carroll’s writings. Employing an old-fashioned collage animation, it sports gothic, or rather, Victorian loli-like visuals and a score that conveys “the world of manic-depressive psychosis”, in the words of its composer arai tasuku.

The creepy-looking porcelain dolls lovingly created by the veteran puppeteer Mari Shimizu are presumably photographed and then cut out with the help of some app software, so one has to forgive the characters for being two-dimensional at best. Besides, at under 45 minute running time, all of those familiar faces from Wonderland or behind a looking glass couldn’t be finely nuanced.

A coming-of-age in the face of a looming evil (meta-)story is conceived as a delirious fairy tale in which Alice has to stop the destruction of both her reality and Dreamland’s surreality. At first, she is reluctant to follow the White Rabbit, but when her older sister vanishes, she accepts the mission and goes down the hole into a “saccharine” nightmare.

Once she arrives in the realm of reveries, the landscapes of Bosch-esque and Grimm-esque quality open before our eyes, awakening and simultaneously subverting the childhood memories. Mad Tea Party brims with sadness. Humpty and Dumpty lie squashed in a labyrinth garden. The Lion and the Unicorn wait to be saved. White Knight is no longer white and Darkness conceals its true face behind a vampiric “bishōnen”…