Feeling suicidal, 15-year-old Craig (Keir Gilchrist) seeks help from Dr. Mahmoud (Aasif Mandvi), who suggests he check into the psychiatric ward for a week. At first he feels that he has made the wrong choice, given that he misses his best friends Aaron (Thomas Mann) and Nia (Zoe Kravitz).

Craig is placed in the adult ward with other teenagers, as the teenage ward is undergoing renovations. He meets Bobby (Zach Galifianakis), an adult patient believes he’s there on vacation and they form a friendship. Witnessing an act of kindness, another teenage patient, Noelle (Emma Roberts), is impressed with Craig and they also form a bond.
Based on Ned Vizzini’s 2006 novel, “It’s Kind of a Funny Story” was directed by Anna Boden and Ryan Fleck.

Initially intended for a limited release, it was eventually expanded to 500 theatres and premiered at the 2010 Toronto International Film Festival. The book received a re-release to coincide with the film, which won favorable reviews.

The story was inspired by Vizzini’s stint in a hospital for depression in 2004; he later committed suicide by jumping off the Brooklyn Bridge in 2013. 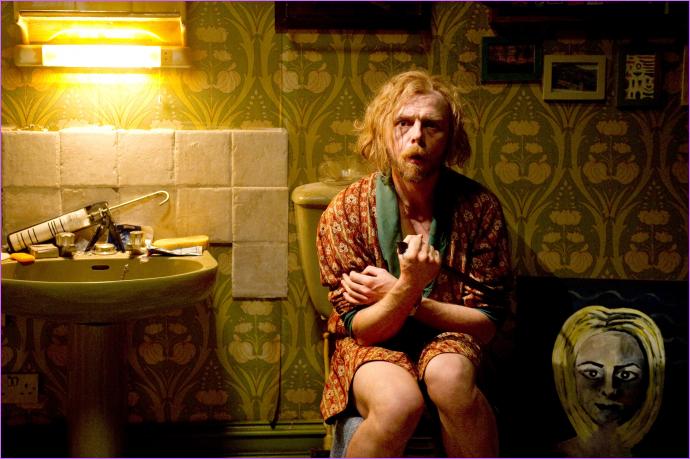 In England, Jack (Simon Pegg) is a children’s author, but is also developing a series of scripts on various serial killers. As the obsession with his project grows, his hyperactive imagination increases his paranoia. Plus, a noted killer has been lurking his neighborhood. His agent suggests that Jack meets with a member of the BBC, but he has to wash his clothes and he accidentally glues a knife to his hand.

After the attempt to launder in his apartment goes wrong, he has no choice but to venture down to the local launderette, a source of childhood trauma. While in the establishment, his suspicious behavior attracts the attention of the female patrons and community support police officer Perkins (Alan Drake).

Based on Bruce Robinson’s novella, “Paranoia in the Launderette”, “A Fantastic Fear of Everything” was directed by Crispian Mills and Chris Hopewell. Many described the feature as a “semi-comedy”; it was the first film funded by Pinewood Studios, a UK initiative to support low-budget filmmakers. While the reviews were negative, a small cult following emerged due to Pegg’s popularity. 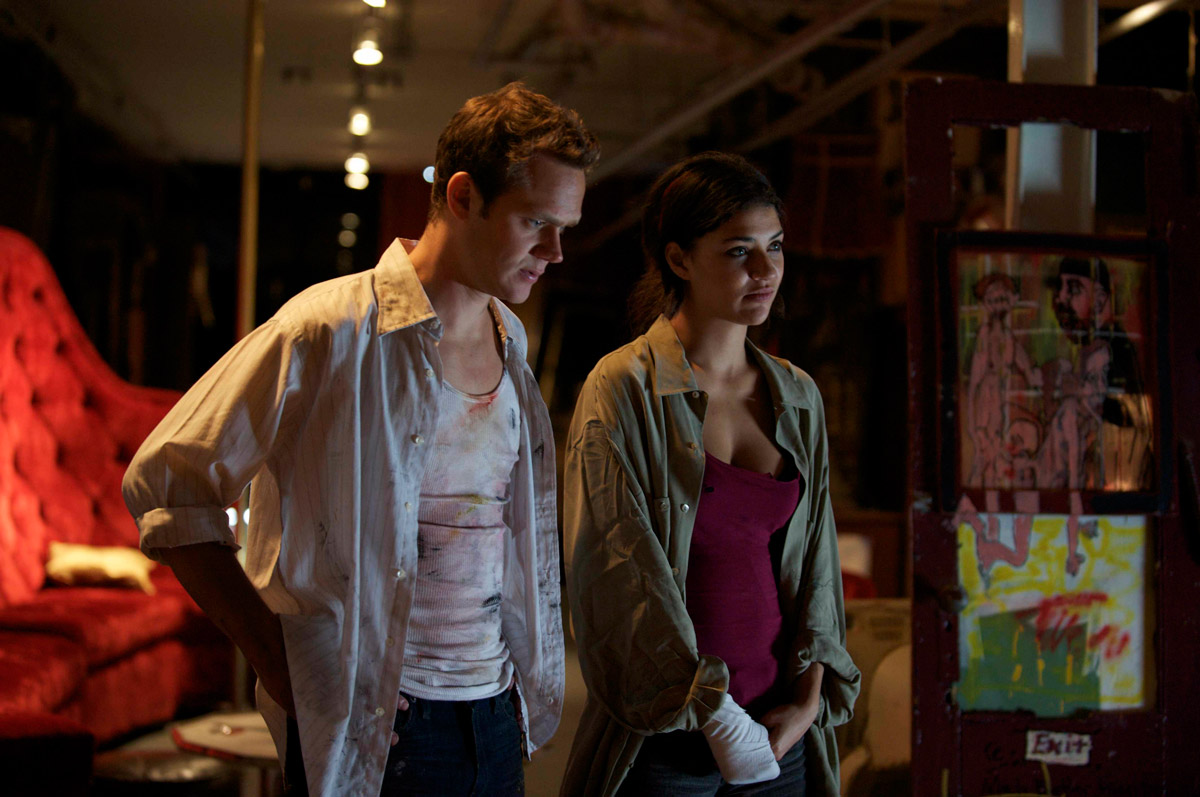 Since the age of six, Brooklyn artist Declan (Joseph Cross) has lived the high life in the trendy art world. As he approaches his 18th birthday, pressure is on him from an upcoming exhibition and his overprotective mother, Prudence (Joey Lauren Adams). He also suffers from a bipolar disorder, which is maintained by medication.

While wandering the streets, Declan stumbles upon an anarchistic artist named Cassandra (Jessica Szohr) and her commune rebellious freethinkers. With a new sense of inspiration and consumed by mania, he and his new friends embark on a radical statement about art, commerce, and freedom to be an individual.

Written and directed by Doug Karr, “Art Machine” is a sleeper hit that still needs some attention. While it doesn’t directly address mental health issues, it is an original coming-of-age story set with the New York art scene not only as a backdrop, but as a prominent character. Currently on IMDb it rates a 7 out of 10 stars. 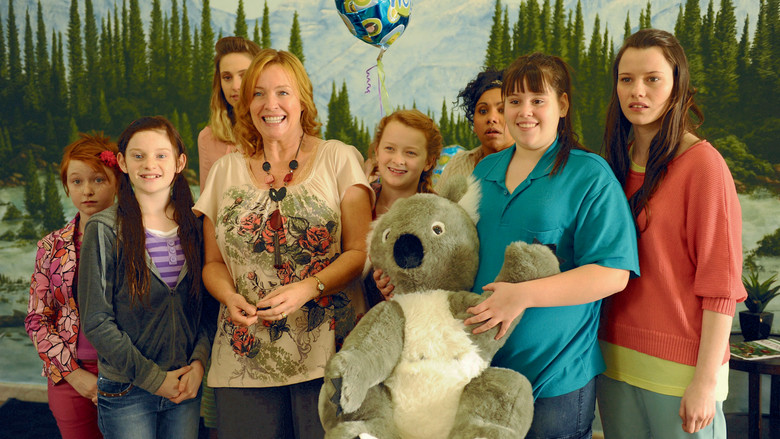 In a suburban Australian coastal town, Shirley (Rebecca Gibney) is a sweet housewife with five daughters, all of whom believe that they are mentally ill. Barry (Anthony LaPaglia) is the father of the girls and Shirley’s husband, but is often absent as he’s a politician in the middle of a re-election campaign. Shirley suffers a breakdown and after going on a manic shopping spree, she is committed to mental institution.

Barry finds a drifter, Shaz (Toni Collette), who has a dog, and hires her as a nanny. At first, the girls are terrified of their knife-wielding caretaker, but eventually develop their own strengths through her influence. However, Shaz is also grieving the loss of her child that she had with a shark hunter, who is the manager of the water park where the eldest daughter works.

Inspired by a true situation involving his family, “Mental” was written and directed by P.J. Hogan. It draws comparisons to mental illness and shark imagery, while addressing race relations, class structures, and elements of a teen comedy. Receiving many mixed reviews, it is unconventional in the realms of both indie and mainstream audiences, with a carefree and chaotic charm.

Jerry (Ryan Reynolds) is happy-go-lucky employee at a bathtub factory, who lives in a former bowling alley that is now a personally modified apartment. His best friends, who he holds conversations with, are Bosco the dog and Mr. Whiskers the cat. Jerry asks the British receptionist, Fiona, out on a date and she accepts, but stands him up.

Later that night, he picks her up when her car stalls, but they strike a deer. Jerry hallucinates the animal asking to be killed, so he obliges, which sends Fiona fleeing into the forest. During the pursuit, he accidentally stabs and kills her. Upon arriving home, Bosco tells Jerry to turn himself into the police, while Mr. Whiskers convinces him to cover his tracks. He dismembers her body, storing the limbs in plastic containers and keeping her decapitated head in the refrigerator.

Based on the 2003 Ukrainian net series, “The Voices” was written by Michael R. Perry and directed by Marjane Satrapi. It’s a black comedy horror film, that in spite of positive reviews had received a limited theatrical release. Reynolds provided all the voices for his hallucinations involving animals, and gives a likable portrayal of a disturbed individual. 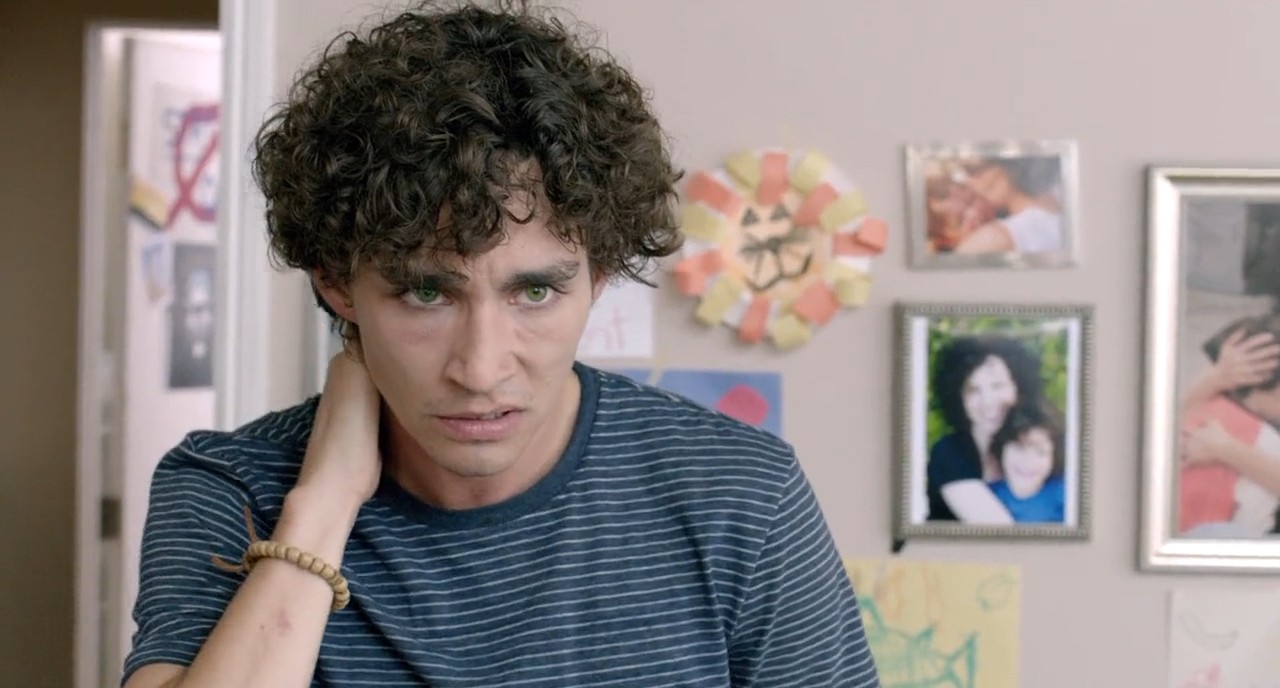 Vincent (Robert Sheehan) is a teenager with Tourette syndrome and his father, Robert (Robert Patrick), sends him to a behavioral facility after his mother dies. His roommate, Alex (Dev Patel), has a severe case of obsessive-compulsive disorder, and has taken an instant dislike to the newcomer. Next, he meets Marie (Zoe Kravitz), who has an eating disorder.

After an incident lands them in the office of Dr. Mia Rose (Kyra Sedgwick), Marie and Vincent steal her car and kidnap Alex. Their destination is a beachside location to scatter Vincent’s mother’s ashes. Meanwhile, Robert and Dr. Rose attempt to track down the trio.

Inspired by the 2010 German film “Vincent Wants to Sea”, “The Road Within” was written and directed Gren Wells as a means of addressing her own struggles with an eating disorder. Kravitz was attracted to the project for the same reason and dropped 20 pounds to get into character. The film acquired mixed reviews, but all three leads were praised for their performances of teenagers who suffer from various disorders. 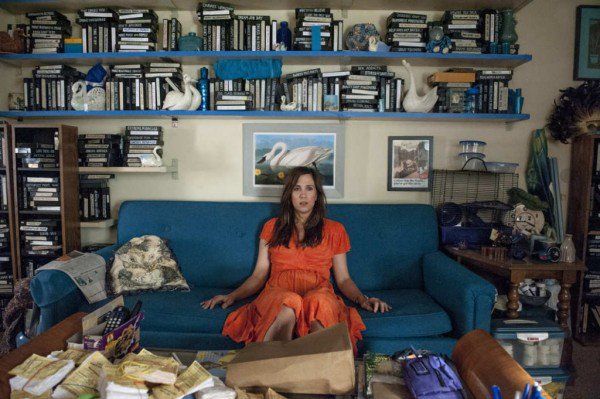 Obsessed with Oprah Winfrey and living on disability benefits, Alice (Kristen Wiig) is a single woman who is mentally ill and wins $86 million by playing the California lottery. She stops taking her medication against the advice of her therapist Daryl (Tim Robbins), and then moves into a casino hotel. While attending a taping of an infomercial run by Gabe (Wes Bentley), Alice gets a taste for televised attention.

Striking up a deal with the studio manager, Rich (James Marsden), she pays for 100 2-hour live episodes devoted to her life called “Welcome to Me”. Each broadcast features re-enactments and/or interactions with friends, family, foes, and medical advisors. As the occasional trainwreck of a show gains popularity, many of the people close to Alice begin to distance themselves.

Directed by Shira Piven and with a script written by Eliot Laurence, “Welcome to Me” is a dark dramedy about celebrity and therapy. Wiig’s performance of the abrupt and awkward lead character is fairly accurate. Released simultaneously in limited theatres and the online streaming service, Hoopla, the film gained a favorable response from critics and crowds.