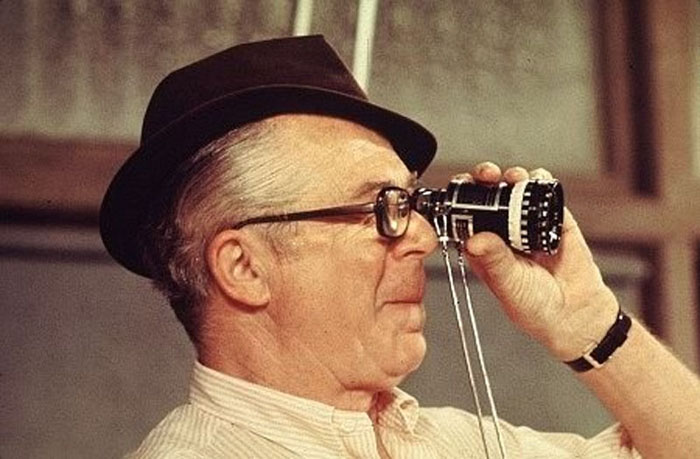 Billy Wilder was born in Austria in 1906 and after a brief career in Berlin as a journalist, he began to work as a scriptwriter in the active German film community of the 1920’s. As many others did, the Jewish Wilder emigrated to America in 1933 when Adolph Hitler came to power, and he arrived in Hollywood in 1934 unable to speak a word of English. But he soon went to work for Paramount Studios as a screenwriter, and with writing partner Charles Brackett turned out some of the best scripts of the late1930’s and early 40’s, including the Ernst Lubitsch directed Ninotchka in 1939 and the Howard Hawks film Ball of Fire in 1940.

In 1942 Wilder, tired of seeing his scripts mangled by Paramount’s lesser directors, began directing films himself, starting with The Major and the Minor. Almost 40 years later, he directed his last film, Buddy, Buddy (1981). Wilder was a big influence on many contemporary filmmakers, including Cameron Crowe, who conducted a series of interviews with Wilder in his later years and published them as Conversations with Wilder in 1999. Here, then, is a list of Wilder’s 15 best films as director. 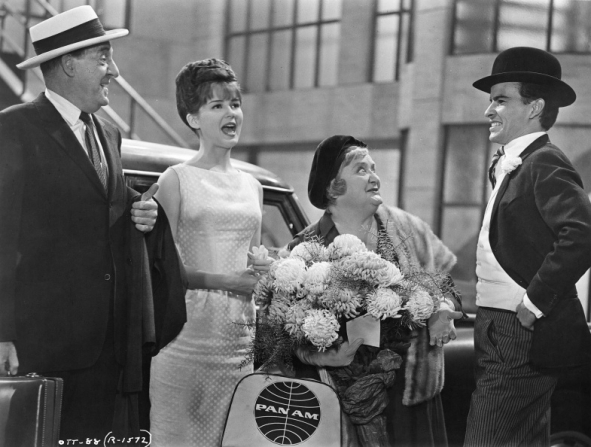 Wilder’s most famous script before he began directing was Ninotchka in 1939. Over twenty years later, with the Cold War about to hit its peak, Wilder released One, Two, Three in which he returns to the same themes of east against west as in the earlier film (although with a considerably different story). James Cagney is a Coca-Cola executive living with his family in West Berlin, who becomes embroiled in the Cold War drama when his daughter elopes with an ardent East German Communist.

Although a bit too manic to be as good a film as Ninotchka, One Two, Three still has some memorable moments and features Cagney’s last film performance for twenty years (he finally ended his career with Ragtime in 1981). Arlene Francis is good as Cagney’s sarcastic wife and the film is rounded out by a solid core of comic actors. 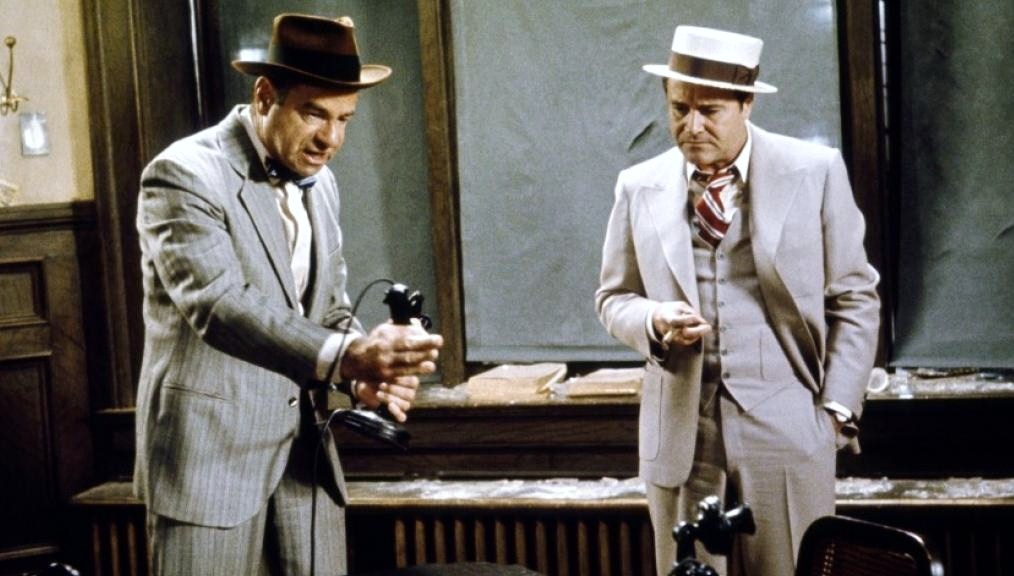 Wilder worked with Jack Lemmon for over twenty years and was the first to pair Lemmon with Walter Matthau. Although he didn’t direct the pair’s most famous film, The Odd Couple (Broadway veteran Gene Saks did, in 1968) Wilder did pair the two in a remake of the Hecht-MacArthur classic The Front Page, which was a modest success when released in 1974. Featuring an early appearance by a young Susan Sarandon as Peggy Grant, Hildy’s would be bride,

The Front Page is a faithful rendition of the hit Broadway play that was remade by Howard Hawks as His Girl Friday in 1939 (there is also a 1920’s film version). With a standout cast, including Wilder regular Cliff Osmond and Carol Burnett as Molly Malloy, The Front Page is an enjoyable, if not highly significant, outing for Wilder in his later years. 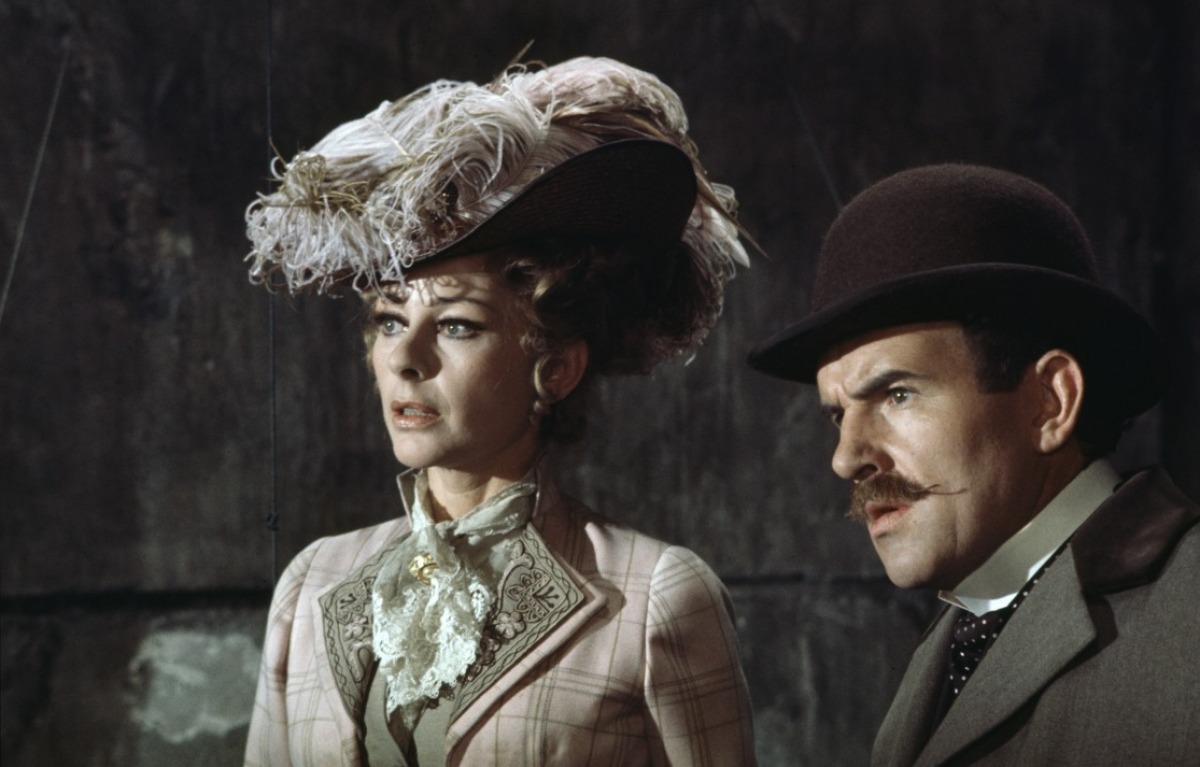 Wilder hit his commercial peak in the late 1950’s and early 1960’s, but in the mid 60’s he began a commercial slide from which he found it difficult to recover. His 1970 film, The Private Life of Sherlock Holmes, was shot on a big budget and intended to be a prestigious United Artist release. But due to studio cutbacks, the film’s over three hour running length was shortened considerably, and the recut film flopped at the box office, signifying the beginning of the end of Wilder’s career as a major Hollywood player.

Still, the film – even in its truncated form – has many admirers and seems to have influenced more successful Sherlock Holmes pictures released later in the 1970’s, such as The Seven-Percent Solution. Robert Stephens is good as Holmes and Genevieve Page is the mysterious woman whose husband’s disappearance begins the film’s adventure. Christopher Lee is on board as Mycroft Holmes and Colin Blakely is Dr. Watson. Now available on DVD, The Private Life of Sherlock Holmes is an unusual outing for Wilder, but one that is definitely worth seeing. 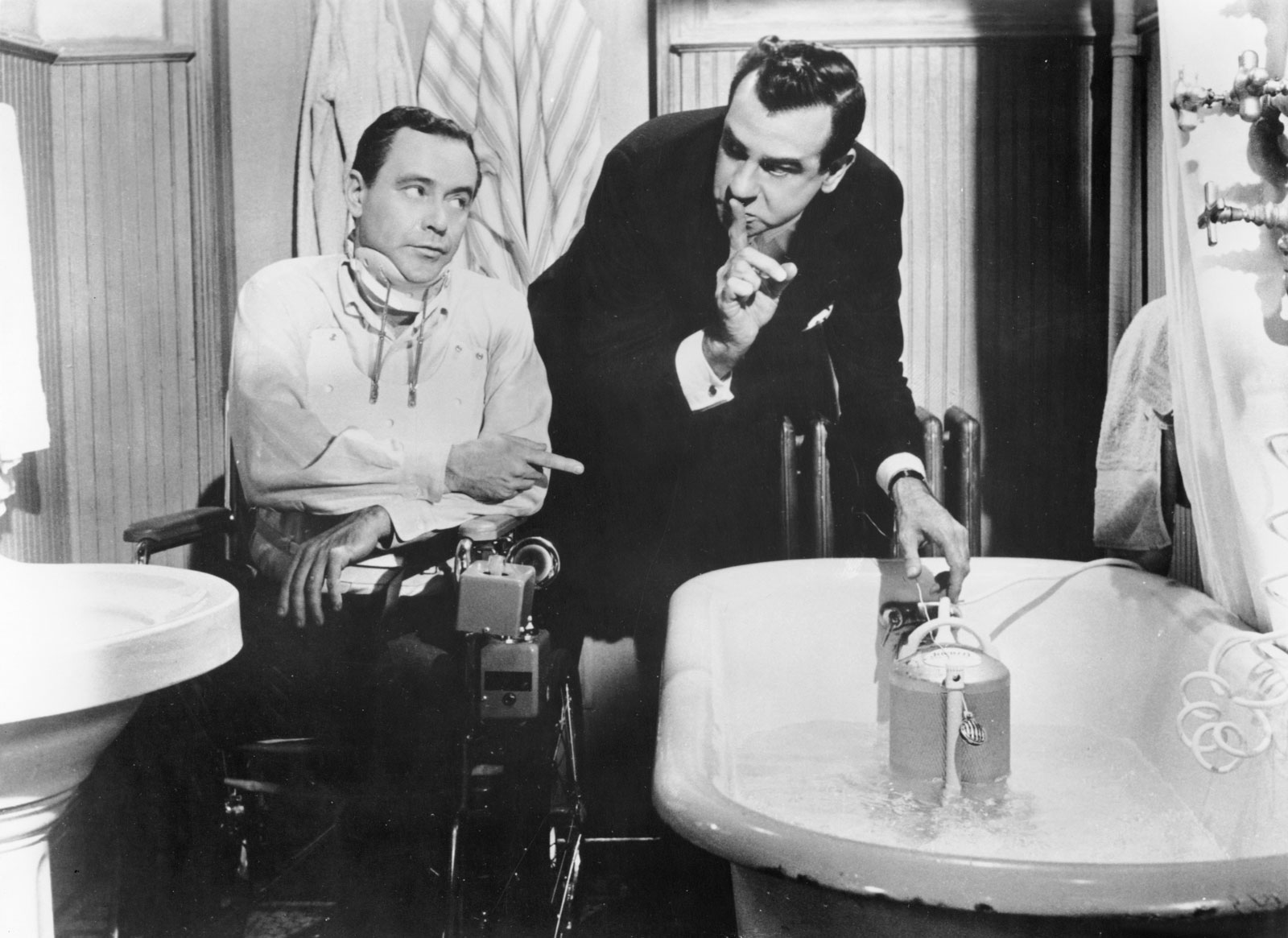 Jack Lemmon is TV cameraman Harry Hinkle, run over by Cleveland Browns running back ‘Boom-Boom’ Jackson (Ron Rich) during a football game. Walter Matthau is lawyer ‘Whiplash’ Willie Gingrich, Harry’s ambulance chasing brother-in-law, who is out to make sure the insurance company pays through the nose for the injury, even though Harry recovers completely in a few weeks. Hinkle is reluctant to go along with the scheme until he realizes it might coax back his wayward wife, Sandi (Judi West) whom he still loves despite her infidelities, until he begins to see the toll it is taking on the guilt stricken football player. Cliff Osmond is great as the sleazy insurance company detective.

The Fortune Cookie won Matthau the Academy Award for best supporting actor and cemented Lemmon and Matthau as a great screen pair, all the way through their Grumpy Old Men movies years later. Wilder was often considered ‘cynical’ and, on the surface, this film has a cynical veneer, but in the end the story has more the feel of a fable about the ills of corruption in the modern world and the redemption of lost souls. 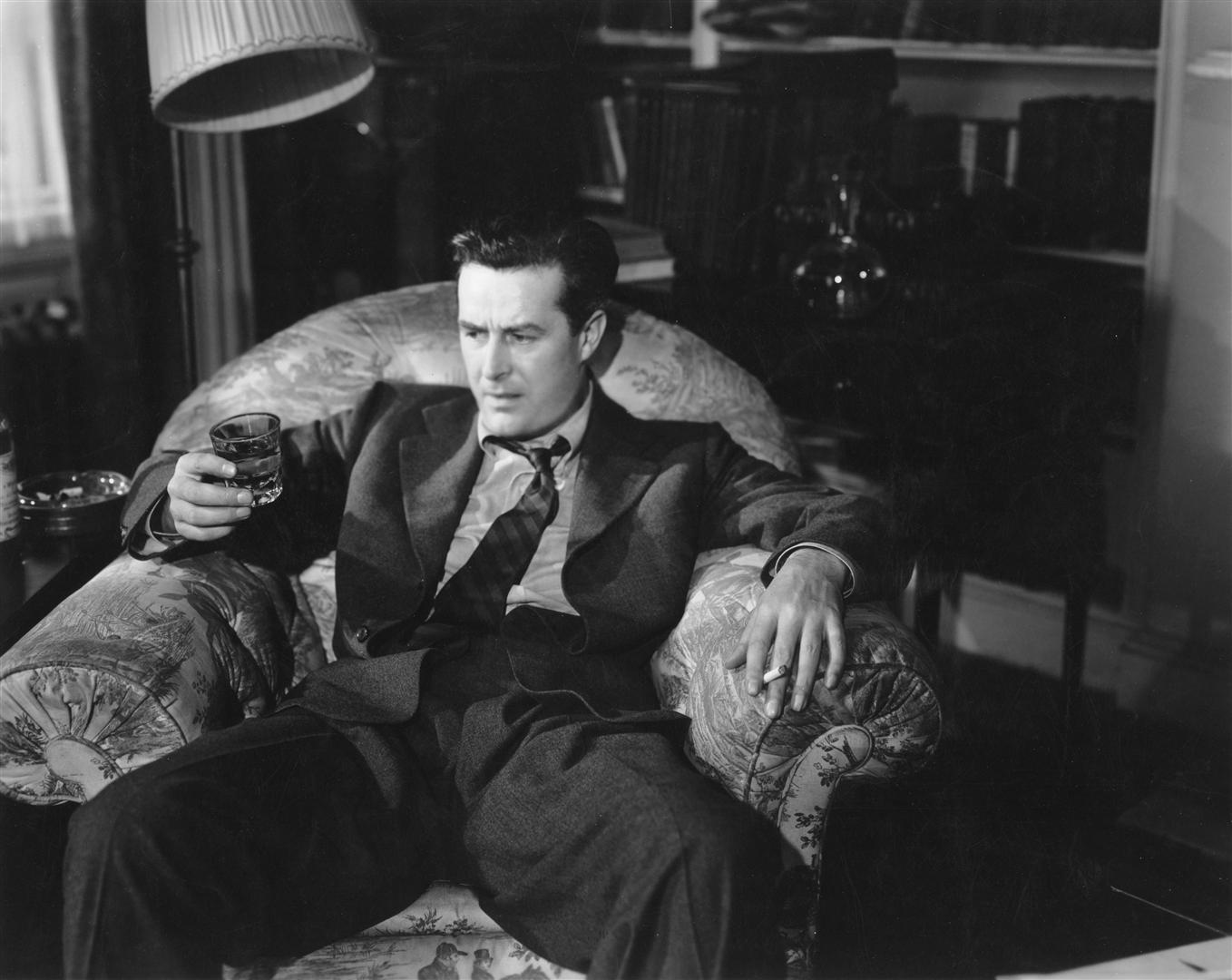 Wilder frequently addressed social ills in his films, and The Lost Weekend is possibly the most famous example of this, as alcoholic Don Birnam (Ray Milland) avoids a weekend with his brother and girlfriend Helen St. James (Jane Wyman) to go off on a four day drinking bender. Birnam ends up in the drunk ward of Bellevue Hospital, suffering from the D.T.’s and seeing all kind of weird hallucinations.

A harrowing view of the life of an alcoholic and the effect that it has on friends and family, The Lost Weekend was universally acclaimed on its release and won the Academy Award for best picture. Wilder’s picture competed with Hitchcock’s Spellbound not only for the Academy Award, but also for the title of first film to use the Theremin, an electronic instrument that creates a weird, vibrating sound that Wilder used to good effect as Birnam is in the throws of the D.T.’s. Based on a novel By Charles R. Jackson, The Lost Weekend has not aged as well as some of Wilder’s other films, but still is worthy of a view.

Wilder and Hitchcock competed frequently through the years, with Wilder besting Hitchcock for the Academy Award twice (in 1945 and again in 1960). Here, Wilder ‘does’ Hitchcock to a certain extent, in this film version of the Agatha Christie book in which American Leonard Vole (Tyrone Power) is accused in England of murdering an older woman and is defended by Sir Wilfred (Charles Laughton). Did Vole do it or not? If we believe Vole’s German wife Christine (Marlene Dietrich), he has no alibi and is clearly guilty.

We won’t say more, in order to save the surprise ending, but suffice it to say that Witness for the Prosecution shows that Wilder, who had also recently completed the Charles Lindbergh bio-pic Spirit of St. Louis, was comfortable in multiple genres. It is also interesting for the differing way Wilder – who was empathetic to European emigres – depicts Dietrich’s character sympathetically, as opposed to the suspicious way her character is depicted by Hitchcock in Stage Fright. 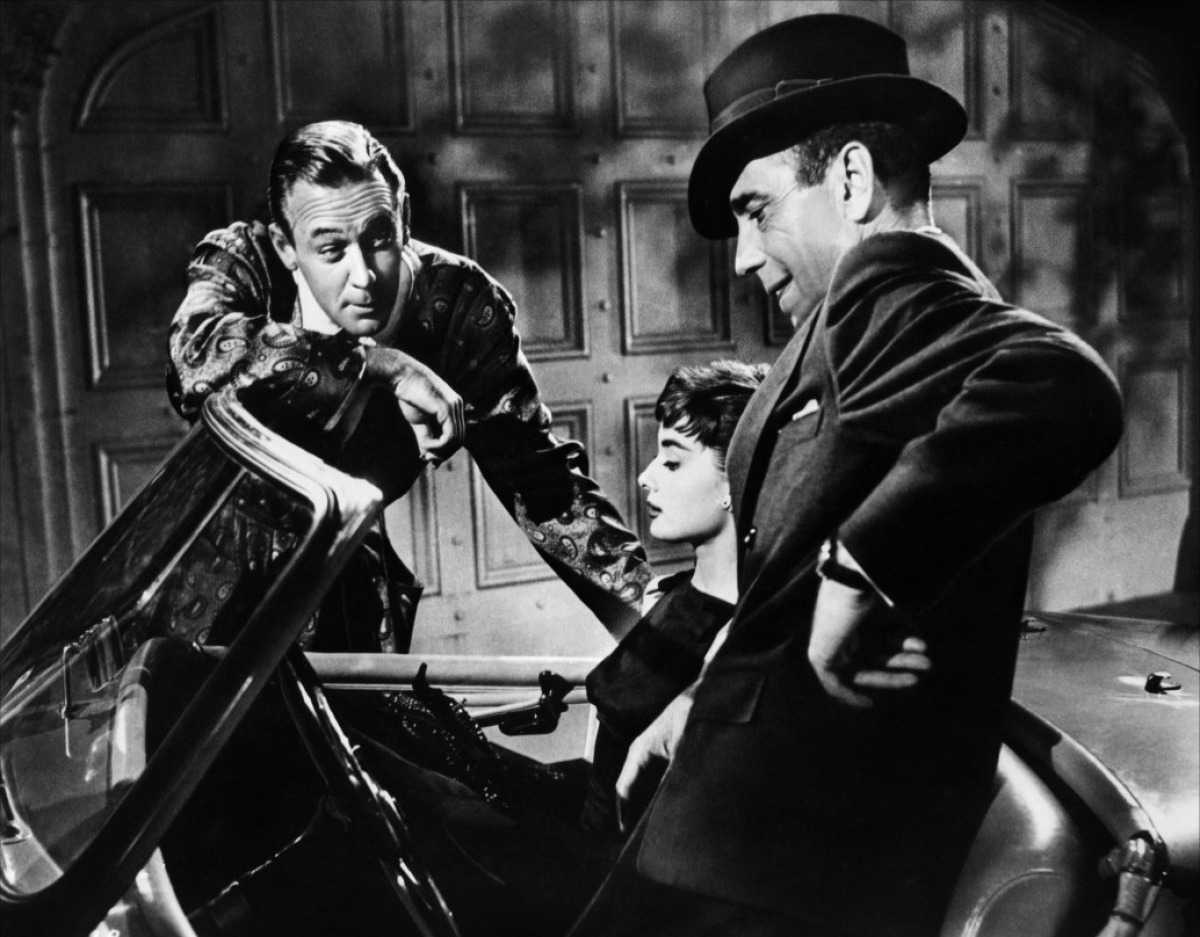 “Isn’t it Romantic?” is the musical theme of this film, based on the play Sabrina Fair by Samuel Taylor, and this film certainly IS romantic. Starring a young Audrey Hepburn as the title character and daughter of a wealthy family’s chauffeur (John Williams), Sabrina grows up watching the fancy parties thrown by the Larrabie family at their Long Island mansion and falls in love with playboy son David (William Holden, with his hair weirdly bleached blonde).

When Sabrina returns from a French cooking school as a young beauty, David goes crazy for her, risking his family’s planned marriage between David and the daughter of a business associate. David’s brother Linus (Humphrey Bogart) steps in to cause an accident that puts David in the hospital and then begins to romance Sabrina himself in order to save the merger of the two wealthy families. Predictable romantic comedy ensues, as Sabrina falls into a whirlwind of emotions as she is pursued by the two brothers.

Wilder evidences his preference for Europe over America by depicting Sabrina’s Paris sojourn as a sweet romantic interlude in her life, while contrasting it with the affluent Larrabie’s cold, impersonal American lifestyle. Seeing Sidney Pollack’s remake of the film in 1995, one appreciates even more the career defining performance of Audrey Hepburn as Sabrina, but one can only think of how much better the original might of been had Wilder been able to secure his first choice for the part of Linus: Cary Grant. Still, Sabrina is a magnificent effort, showing Wilder’s indebtedness to the sophisticated romantic comedies of his mentor, the great Ernst Lubitsch.