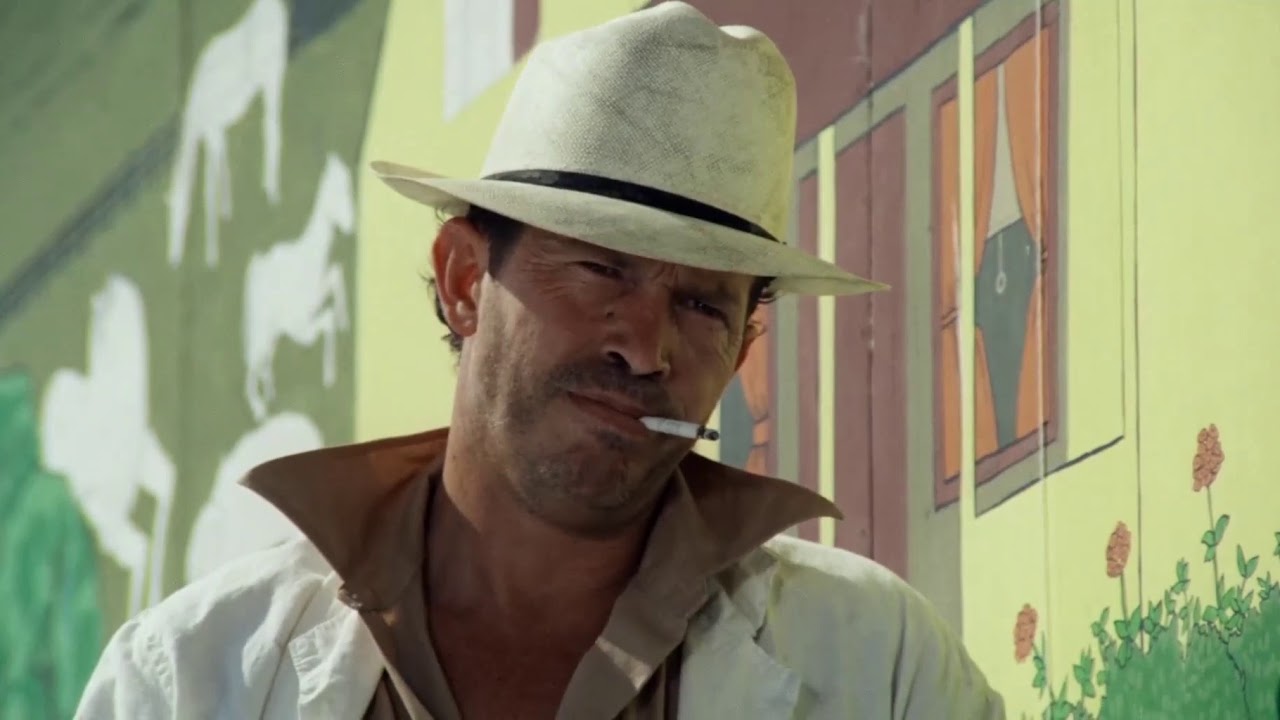 The next five films on this list are all staples and masterpieces of American cinema. They each bring a distinct image of Americana, and while Warren Oates is only a piece of the puzzle, it is no coincidence that his tremendous performances in each boost the already nearly flawless films to a higher level. Terrence Malick’s first feature follows two teenagers in love (played by Martin Sheen and Sissy Spacek) as they go on a killing spree through Montana in the 1950s’.

Loosely based on a true story, Warren Oates plays the father of Sissy Spacek’s character who is vehemently disapproving of her new love and is the catalyst of the killing spree that will follow. Possibly one of the meanest characters that Oates ever played, his cruelty is met with cruelty. While it can be argued that he is only being protective of his beloved daughter, his character passes that to the point where he becomes mentally abusive leading Sheen to murder him. Even though the Oates character is killed off early in the film, his presence sets the tone for everything that follows. 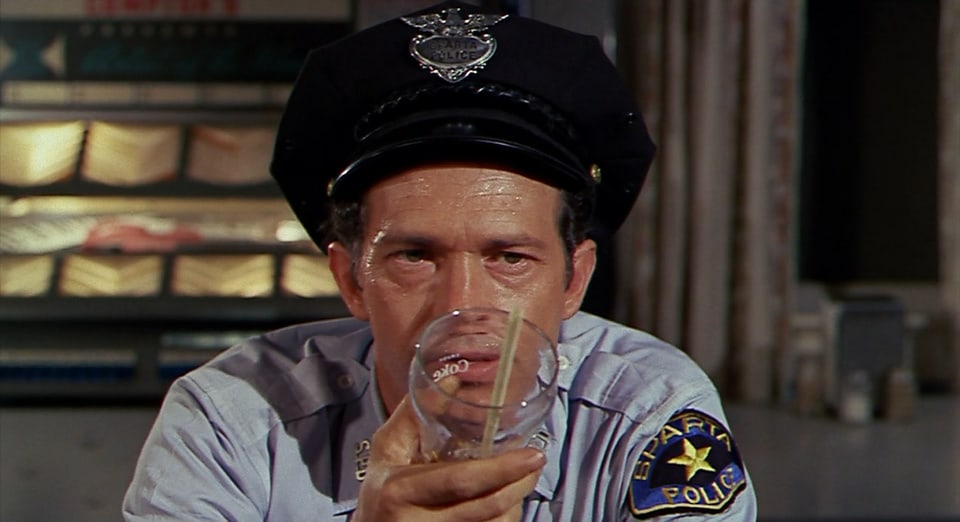 In the Heat of the Night is the first major exposure of Warren Oates to the American audience and the first role he had that was strong enough to solidify him as an actor into the worldwide cinema psyche. While it would be next to impossible for him to overshadow Sidney Poitier’s performance considering it is one of the all-time great performances in the history of film, there is a lot to be said to the third billed character that Warren Oates plays.

For those who have not seen it, In the Heat of the Night follows Sidney Poitier as a Philadelphia detective who is assisting the police chief of small racist southern town (played by Rod Steiger). Warren Oates plays one of the police officers whose viewer perspective shifts throughout the film. He begins the film as antagonist, then investigation accomplice, then murder suspect, and finally victim to a false accusation and Oates’ method acting genius feeds into all of these roles. Norman Jewison’s In the Heat of the Night is one of the most seminal films of American cinema and boosted even more so by the excellent Warren Oates performance.

What may be the all time great American road movie gives the audience Oates as the antagonist, but also the most likable character in the movie. Oates plays the nameless racer only known as GTO as he races across the United States. The film follows two racers only known as Driver and Mechanic (played by James Taylor and Dennis Wilson) as they race GTO across the United States for pink slips to their cars.

Again, directed by Monte Hillman, he pulls off an astonishing feat here especially in the way of his chemistry with Oates. Where Taylor and Wilson have little to no dialogue in most scenes, every scene that Oates is in he completely chews through the dialogue making the audience eager to have him back on the screen. The small nuances, even from the first time we see Oates soaring by The Driver and The Mechanic, with a snarky smile, leather racing gloves, and kashmir sweater with a small neckscarf, Hellman sets the audience up to where they need to know more about GTO. GTO is experienced and Oates mixes his arrogance with his charisma perfectly. Not especially a hit at the time it was released, Two Lane Blacktop is a landmark film in what studios could let directors do, and Oates delivers a performance that will influence antagonizing characters for years to come.

One key phase that has run through this entire article is American masterpiece and it can be said that that is a consequence to Warren Oates as a method actor. And not saying that it is solely Oates, but his talent is a large piece to the puzzle that made these films such landmarks. Sam Peckilnpah’s The Wild Bunch is no different being inducted into the National Film Registry and ranked as the 80th Best Film by the American Film Institute. The film follows a gang of outlaws as they travel to Mexico after a robbery goes bad.

Warren Oates plays Lyle Gorch, one of the gang members and brother to one of his other teammates, Tector Gorch, played by Ben Johnson. A major theme of the film is the nearing end of the Wild West era and many characters feel as if they are on their last leg. Oates just seems worn, disheveled, and exhausted, but still does not give up on his mission, ultimately costing him his life. Releasing only two years after Jewison’s In the Heat of the Night, Oates character Lyle seems so much more drastically mature than the Sam Wood character he plays In the Heat of the Night. At only 40 years old when The Wild Bunch was filmed, this is a testament to his flexibility as a method actor where he can just morph himself into drastically different personas with a seemingly ease. 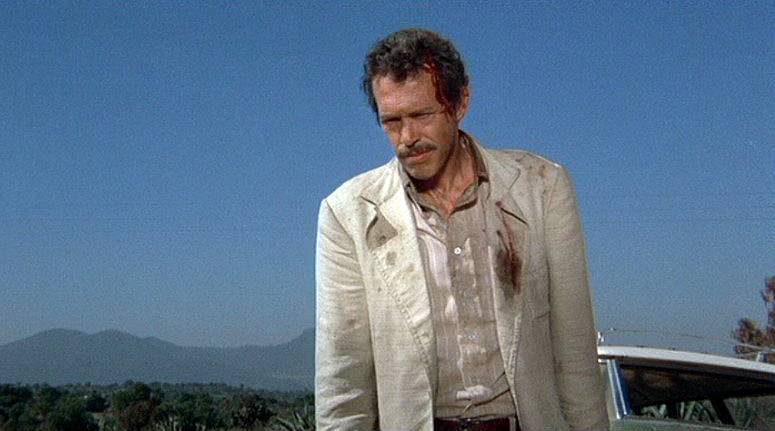 Bring Me the Head of Alfredo Garcia may be the end all to end all midnight movie. At the time the film received horrible reviews and made no money, and while over the years it has garnered a cult following, it still has not been recognized by film societies like the National Film Registry or has been made easily accessible enough to be embraced by a mainstream audience. The film may be just too hard of a pill to swallow for a mainstream audience. For those unfamiliar, the film follows a sleazy hitman type named Bennie, played by Oates, who is tasked with retrieving the head of Alfredo Garcia, an up and coming criminal who impregnated a crime lord’s daughter.

If there is one standout role in Oates’ career it is undoubtedly Bennie and the performance reels from all of the performances that came before it to make a character that is completely unique to its own, but holds small pieces of what audiences will forever remember Oates for. Oates plays this beat up, worn out degenerate, but as much as Bennie goes through or as many terrible acts he commits in the film, the audience still manages to root for him. Bennie has almost no detailed backstory, but all of the intricacies that Warren Oates brings tells us he has led a desperate life, where we are left to imagine. When the audience hears hitman, the assuredly do not picture a washed up piano player in a dive bar.

Just the idea that Peckinpah wants the audience to deviate so far from societal norms that they would be rooting for a protagonist carrying a decapitated head in a sack through the desert like treasure is complete absurdity, but these are the type of risks Peckinpah and Oates collaborated on and what makes the film so special. At the time there was never anything like it and the film needed time to age for an audience to understand and cherish it. Warren Oates playing Bennie is the performance of a life time and an all encompassing vision of an acting career that is unparalleled to any other performer.