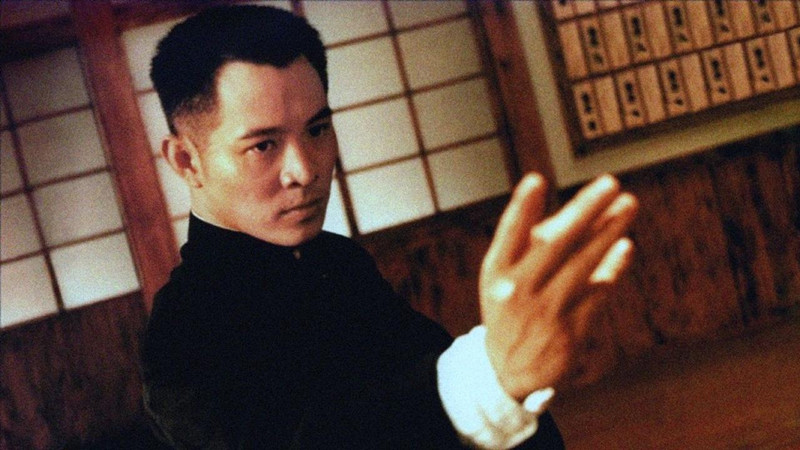 It takes a very rare combination of charisma, looks, and skill to become a movie star. There’s a complex set of qualities required that only a handful of actors can offer, which is one of the many reasons it’s such a daunting task for anyone to lead a big movie.

Imagine, then, how special a performer has to be to come from another country, with a completely different culture, and still find success as a leading man in Hollywood – the odds are basically impossible. And yet that’s exactly what Jet Li achieved; such is the power of his martial arts mastery that any audience, anywhere in the world, can be equally mesmerized by the beauty of his movements.

His American phase is a bit underwhelming, but his Hong Kong heyday continues to be a treasure trove for kung fu fans – and if you are not familiar with them, consider this list a guide toward some really, really fun movies. 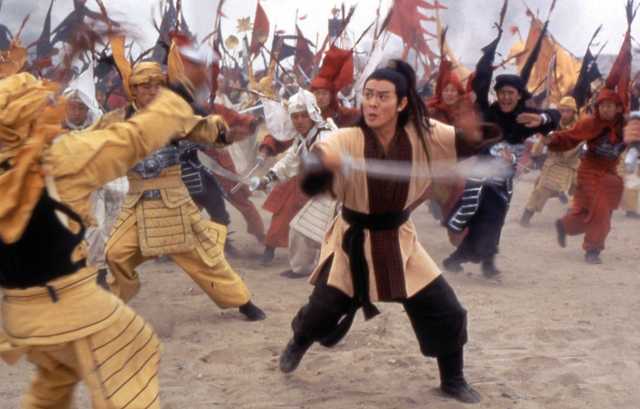 In general, Jet Li is perceived to have a more serious cinematic persona in comparison to the other major Hong Kong martial artist movie star of his generation, Jackie Chan – but that’s not exactly accurate.

True, Li was never the comedic force that made Chan such an enduring talent, but some of his best efforts are on the silly side and, as a performer, he had more than enough light-hearted charm to pull off the quasi childlike tone of such pictures. Of those, none is better than “The Kung Fu Cult Master,” practically a wuxia version of a Saturday morning cartoon – moving beyond the boundaries of linear narrative logic in favor of absurdist humour and spectacular fight sequences. 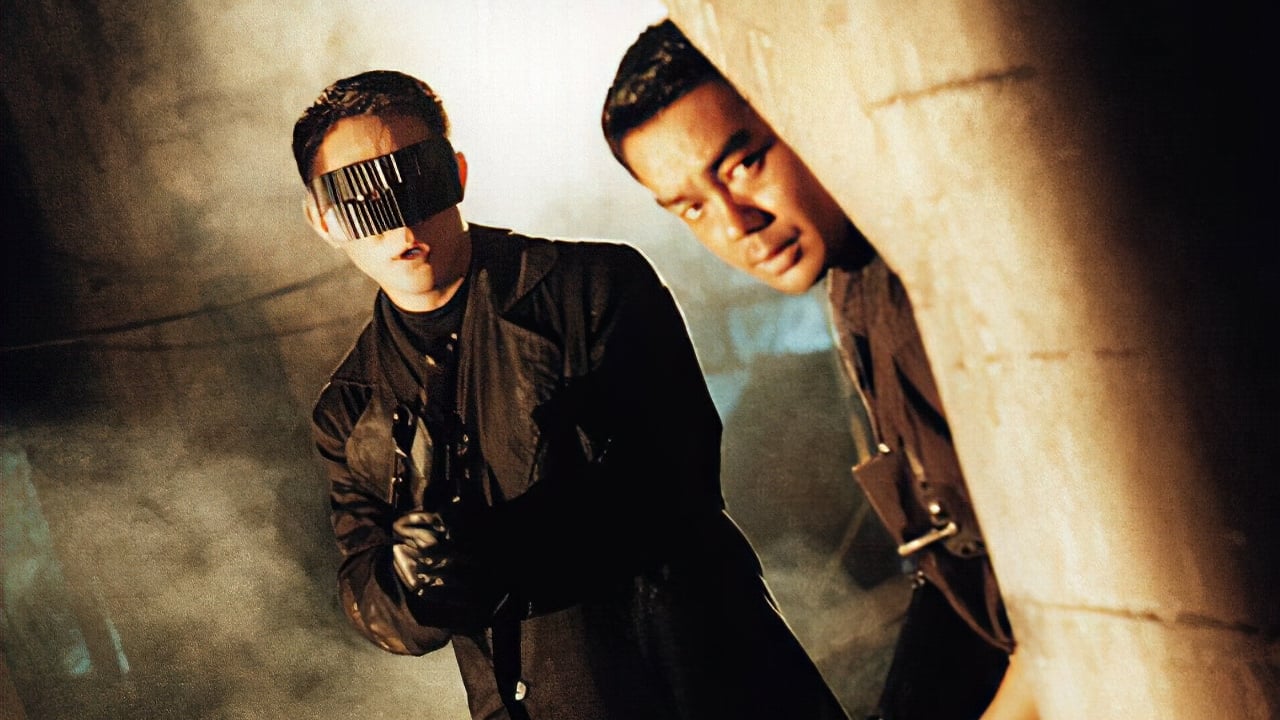 Long before comic book stories became the dominant force in mainstream Western entertainment (not even just cinema anymore, really, but everywhere in culture), Jet Li suited up in his Kato-like outfit for one of the best superhero movies ever made: “Black Mask.”

And the reason for it being one of the very best of the genre is that it delivers magnificently on the main thing it’s supposed to do: the action. This film is almost exclusively made of wall-to-wall set pieces and, the occasional shootout aside, really just fight sequences, which are just about as incredible as you can expect, featuring some of the most violent and visually impressive wire-work ever put to screen (courtesy of the one and only Yuen Woo-ping).

If every Marvel feature operated at this level of kinetic craft and pleasurable action, nobody would be complaining about them. 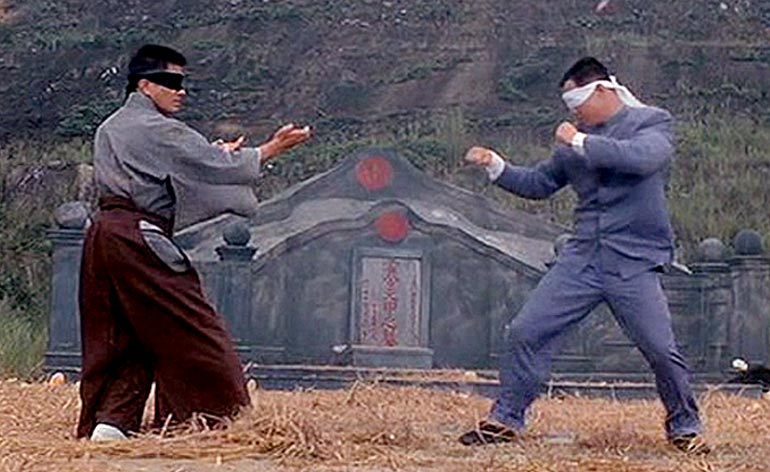 Bruce Lee was the first Hong Kong movie star to break into international stardom; a pioneer of on-screen martial artists and of making a brand out of one’s own name and image. So, naturally, it takes a lot of courage and conviction to dare remake any of his classics, being that they are so tied to his iconic figure.

But not only did director Gordon Chan and Jet Li remade a Bruce Lee film, they managed something even more impressive: they made it better. “Fist of Fury,” the original, is carried by Lee’s unique charisma and the occasional graceful fight; but those are, unfortunately, few and far between a lot of tedious plot contrivances – an insurmountable problem for a kung fu flick.

“Fist of Legend” is generally superior in every way (tighter pacing, stronger characterization, Chan’s eye for color palette), but it’s exactly in the fights where it shines. Yuen Woo-ping’s choreography is as magnificent as always, but what makes his work in this film special is that it’s such a departure from his usual wire work; the kung fu here is grounded, realistic and raw – something Lee, a fantastic performer, realizes wonderfully. 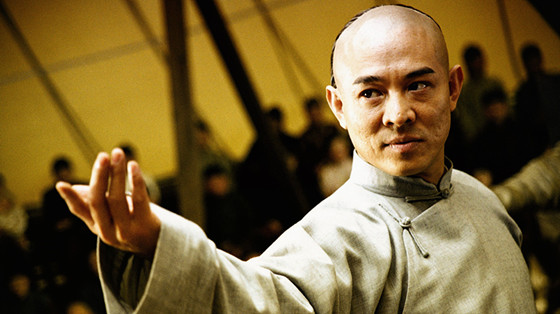 “Fearless” was famously touted at the time as Jet Li’s final martial arts epic, which, of course, didn’t turn out to be exactly true, since he went on to star in a few more kung fu pictures. But in a broader sense, this film does feel, in many ways, like a fitting end to one of the most distinguished careers of any Hong Kong action star ever.

For one, Li’s character, Huo Yuanjia, goes through an arc of doing one final show-stopping demonstration of mastery before stepping out of the public eye; explicitly mirroring, in a quasi meta way, the star’s own position with this film. And formally, director Ronny Yu gives the story an elegiac tone that is simultaneously a lamentation of the end of an era but also an open letter of admiration for the kung fu prowess of its lead character (and performer).

And, really, at this point, praising Yuen Woo-ping’s choreography is both pointless (since his brilliance is self-evident) and essential, considering how much the power of “Fearless” is derived directly from his magnificent fights. 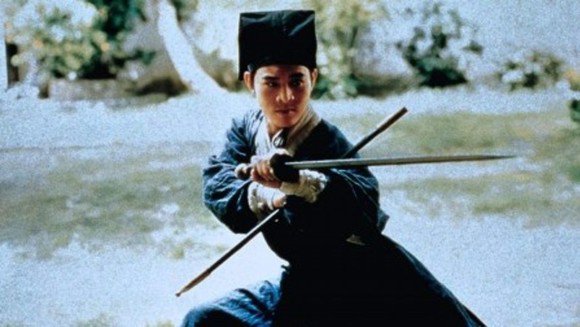 Though nominally co-directed by Ching Siu-tung and Stanley Tong, “The Legend of the Swordsman” is really the first collaboration between Jet Li and Tsui Hark, who is credited here as a producer, but whose distinct style marks this movie completely.

A Tsui penchant that is immediately noticeable is how completely incomprehensible the plot is. The film foregrounds abstract style in favor of a traditional narrative – which can be a tough sell in the hands of a lesser filmmaker, but Hark is so skilled as a stylist that it really works here. You’ll hardly have any time to question anything that is going on because you’ll be too busy drinking in the astounding images, which come at such quick succession it’s almost enough to cause whiplash.

But the most memorable element of “The Legend of the Swordsman” (and also clearly a Tsui Hark touch) is the uncommonly (for a wuxia) high levels of violence. Almost 30 years after its release, this remains one of the goriest wuxia films ever made – which only makes the fight scenes all the more visceral and visually interesting.