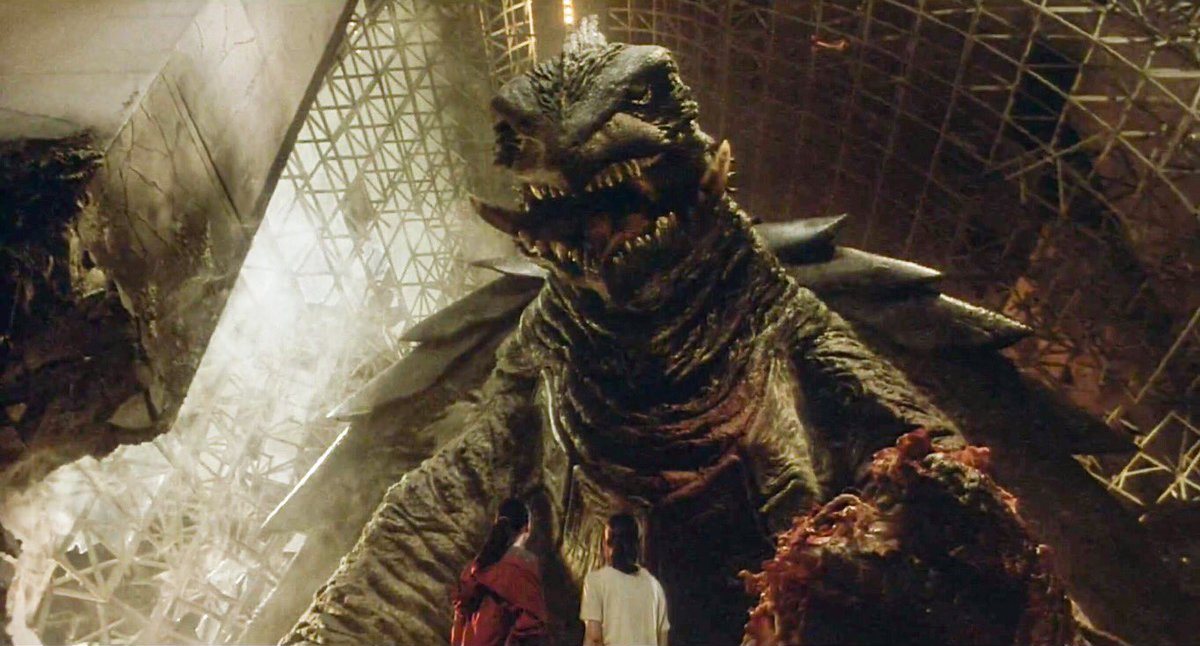 In a storied cinematic career spanning 56 years, Gamera the Giant Turtle has served as the testudial Guardian of the Universe and a Friend of All Children. He’s fought beasts like Barugon, Zigra, Gyaos, Guiron and saved the world from annihilation several times over. He also, unfortunately, endures a somewhat niche place in the popular zeitgeist.

Gamera has suffered a substandard cultural status since his creation in 1965. His legacy (which comprises 12 features and numerous appearances on “Mystery Science Theater”) has by-and-large been eclipsed by that of Godzilla. It’s why we’re yet to see a major American studio attempt a big-budget, totally wrongheaded reboot of the character.

Though the Friend of All Children’s relative obscurity is a true shame, Gamera maintains a dedicated cult fanbase and an impressive roster of films. In many ways, Gamera epitomizes an ideal starting point for blossoming Kaiju fans: his filmography is relatively unintimidating (at least when compared to the gargantuan “Godzilla” series) while managing to preserve the endearing thematic hallmarks native to the genre.

Any Kaiju fanatic will attest that ranking a franchise like “Gamera” is highly subjective. In a series populated with B-movies and rubber dinosaurs, the specific orderings of a quality-based list will be decided by trivial preferences.

Nevertheless, here’s all 12 “Gamera” features, ranked from worst to best: 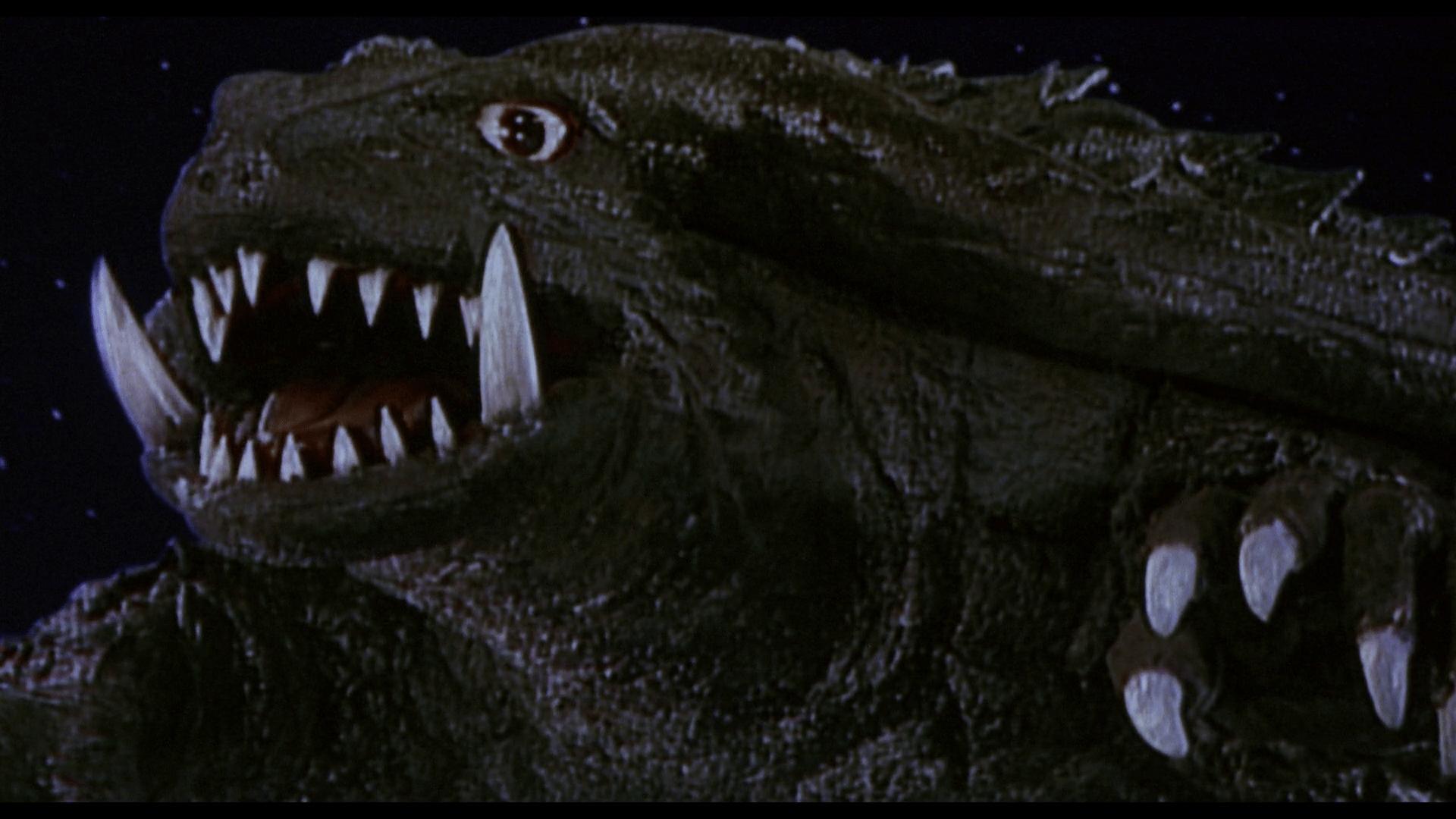 “Gamera: Super Monster” is a universally despised entry among fans (the film can only charitably be described as a stock footage clip show), yet nobody hated it more than series director Noriaki Yuasa. Yuasa — contractually forced to revive the brand after a nine-year hiatus — was so insulted by the perceived bastardization of his signature creation that he wrote in a last-minute ending killing Gamera off, hoping to protect the Friend of All Children from further humiliation. But Gamera’s wasn’t the only life that “Super Monster” claimed: the film’s financial failure drove Daiei Film into bankruptcy, even though it had been intended to pull the production company out of crippling debt. Oof. 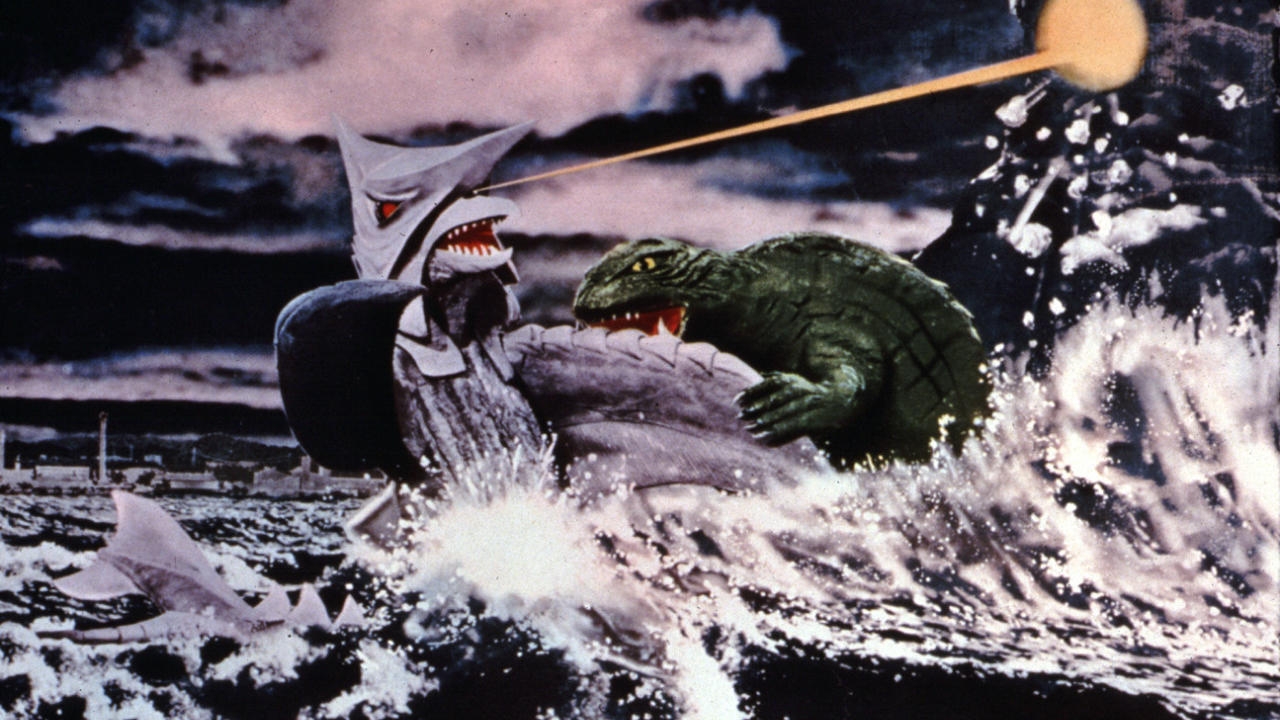 Gamera goes to SeaWorld in the series’ sixth sequel, which (save for “Super Monster”, of course) stands as the worst-written film of the franchise. There’s some fun to be had with Yuasa’s incorporation of live sea creatures, but nearly everything else about the feature feels borrowed from previous entries: aliens, mind control, cheap looking sets, etc. For “Gamera” completists only (or those with a robot-shark fetish). 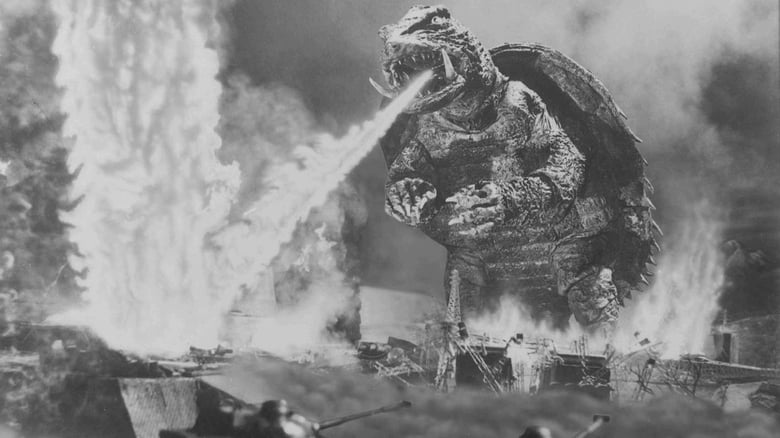 It’s rare that the first installment of a film franchise would rank near the bottom, but in 1965, the “Gamera” series was yet to carve out a unique identity unto its own. Thus, “Gamera, the Giant Monster” sold audiences on a single unadulterated premise: “Godzilla… but a turtle.”

There are, however, occasional hints of creative ingenuity. Gamera is immediately presented as a gentler gigantic creature than most of his Kaiju brethren; Yuasa interjects adorable scenes of “bonding” between Gamera and the film’s key youngster.

Otherwise, there’s not much to dissect — the story is mostly beat-by-beat boilerplate Kaiju fare, complete with fire-breathing reptiles and uninteresting military gabble. More adventurous follow-ups were thankfully to come. 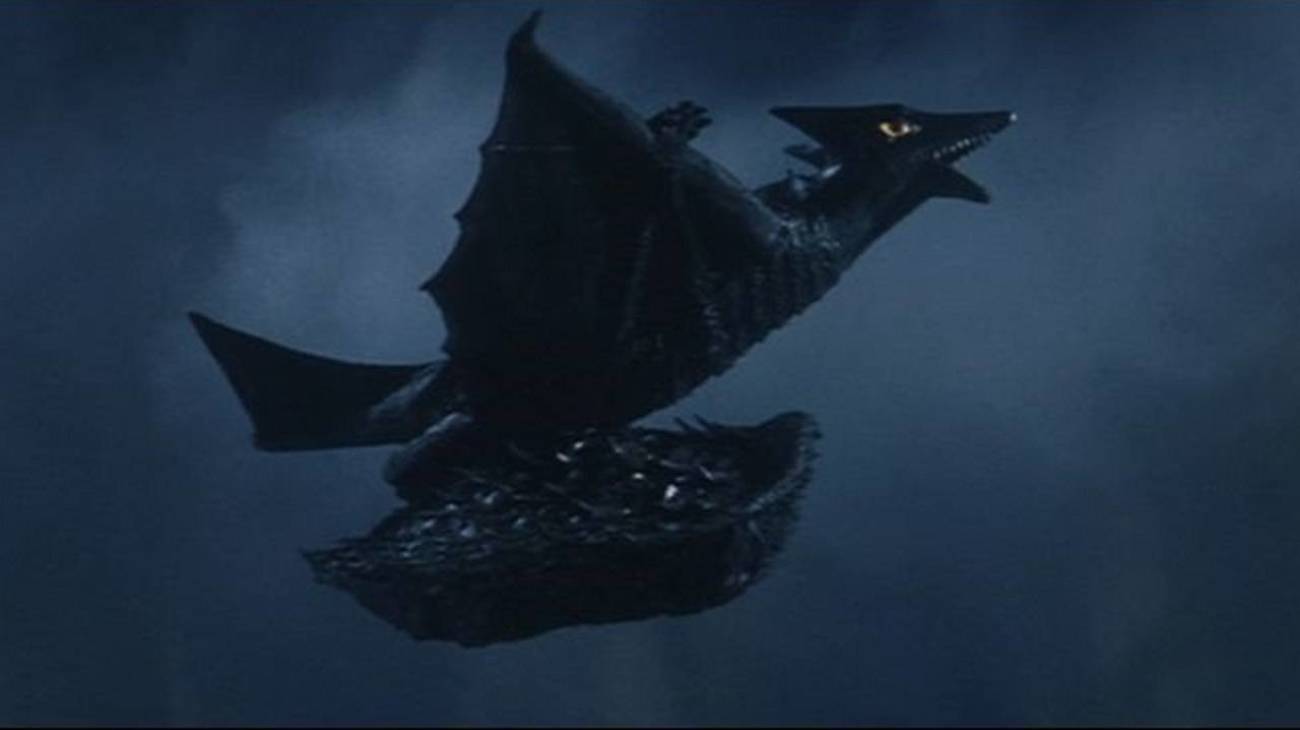 One could always safely bet on three things from a “Gamera” movie: turtles, tots, and lots of blood. Even as the franchise gravitated towards being exclusively for children, almost every “Gamera” title featured barbarically violent battles between the Guardian of the Universe and his massive foes. And “Gamera vs. Gyaos” contains perhaps Gamera’s goriest Kaiju confrontation ever.

Purplish blood pours from both beasts as Gamera and Gyaos (a 200 ft. vampiric pterosaur) trade blows in a series of extended fight sequences poised to make even the most iron-stomached of viewers lose their lunch. The same instant indelibility cannot be attributed to a meandering human storyline, yet the “Gamera” brand was slowly developing its own distinct cadence, one severed Kaiju limb at a time. 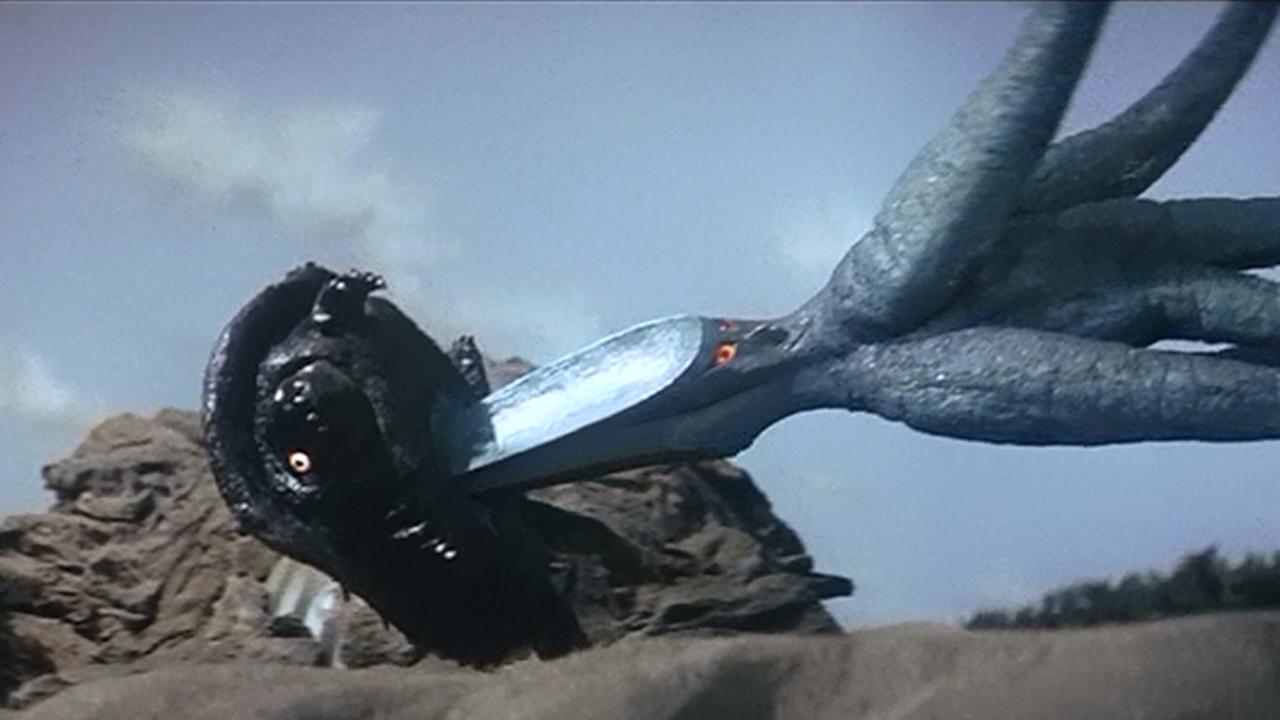 Having endured a traumatic childhood without palpable adult role models, Noriaki Yuasa created Gamera with the goal of forming an entity which would serve as a source of comfort and inspiration for all youngsters. Thus, it should come as no surprise that “Gamera vs. Viras” was his personal favorite film in the series.

“Gamera vs. Viras” is an unabashed children’s movie. Ceaselessly colorful and creative, “Viras” was also the first entry to introduce Gamera’s iconic theme song (“Gamera, you are so strong! Gamera, you are so strong!”) and adolescent protagonists. Drawn-out sequences composed of stock footage make it hard to reconcile ranking the film any higher, though you’d be hard-pressed to be bored by Yuassa’s aura of brazen guilelessness. 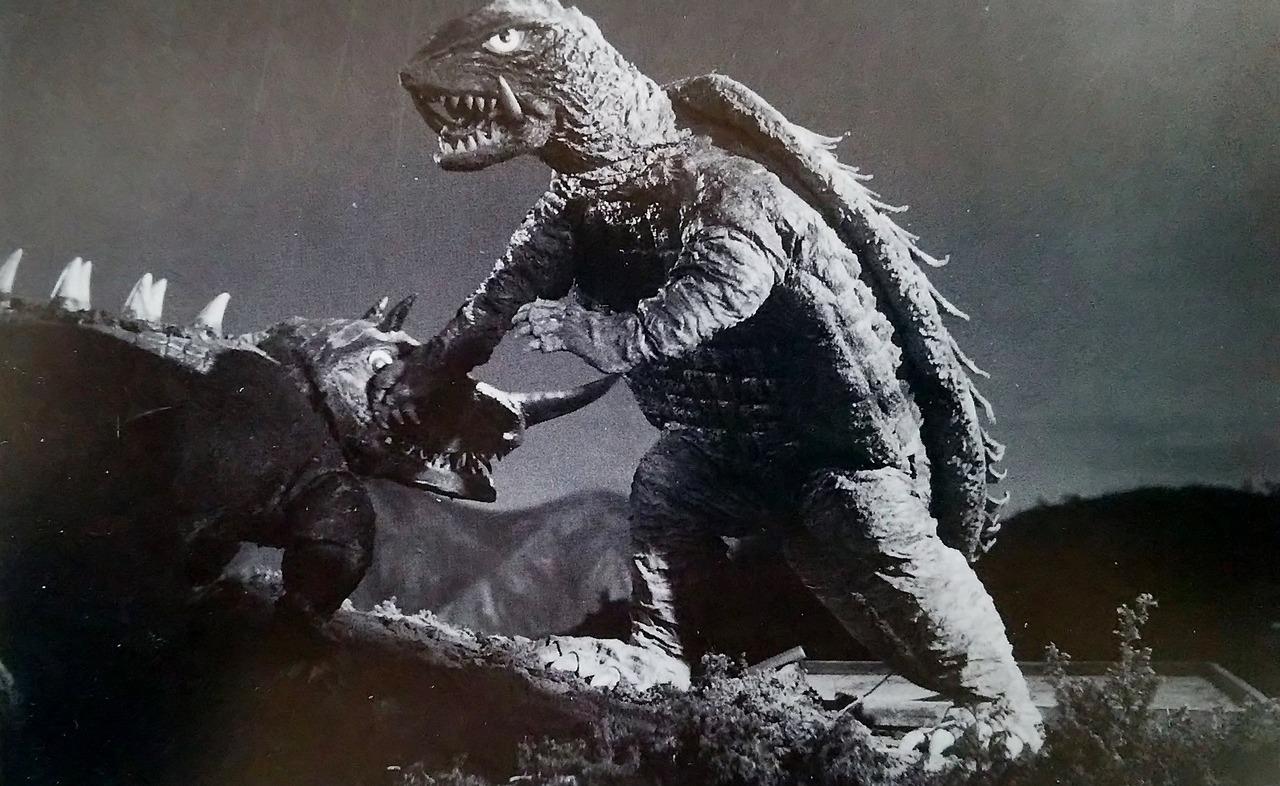 “Gamera vs. Barugon” accomplishes the bizarre feat of staying utterly reverent towards the “Godzilla” franchise, yet still emerging as delectable Kaiju kitsch.

Perhaps that has something to do with Barugon, Gamera’s rainbow-spurting adversary (this was the first in-color “Gamera” outing). Barugon is aroused from a fetal slumber via human callousness and earns Gamera’s ire after his rampage threatens Japan’s youth. Elsewhere, the treasure hunters behind Barugon’s premature vivification — played by Kojiro Hongo and Kōji Fujiyama respectively — engage in high-stakes skirmishes of their own.

Fujiyama delivers the series’ best non-Kaiju villain and enjoys an artistically unrivaled death scene. Barugon is likewise an ideal enemy for Gamera and generates good action sequences with the Friend of All Children. It’s a narratively ordinary Kaiju effort, but mighty good all the same.