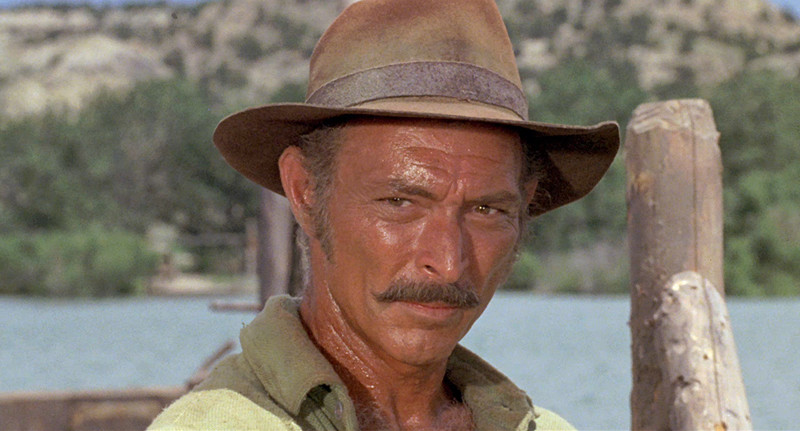 The film industry was flooded with westerns from the mid-1930s’ the whole way up through the 1970s’. For decades, every week after week, audiences would see the release of multiple new westerns at their cinema and these themes and motifs became ingrained in our pop culture and modern entertainment. So many great films fell to the wayside and were missed by audiences, partially because there were so many released that many viewers became tired of the genre. But for every Rio Bravo and Once Upon a Time in the West, there is a virtually unseen western that deserves attention and discussion.

Some of these on this list still have never found an audience and some are in the process of finding their audience due to boutique blu-ray releases or finding a home on a streaming service. Without a doubt, there are hundreds that could be added to this list, but here are ten that demand a rewatch and a strong fanbase.

Directed by spaghetti western auteur Sergio Sollima, the film is a sequel to his 1966 film The Big Gundown. Released in Italy as Saludos Hombre or Corri Uomo Corri, the film is really more of a spinoff than a sequel as it follows the Cuchillo character from the first film played by Tomás Milián. Sollima’s final Western finds Cuchillo as he learns of millions in gold as he escapes from prison and the race that ensues to retrieve the gold. Adding to the pressure, the film is set in the days leading up to the Mexican Revolution and whoever retrieves the gold will put it towards funding their side of the revolution.

Milián is great as the bandit Cuchillo whose specialty is knife throwing. Cuchillo’s character does seem different in the film compared to the character in the first film. Cuchillo is multi-layered here and not to dissimilar from Eli Wallach’s Tuco character in The Good, The Bad, and the Ugly. Sollima’s direction is right on par with The Big Gundown and the film is surprisingly not only more brutal than one would expect, but also more politically savvy. One of the only downsides of the film is that the irreplaceable Lee Van Cleef did not come back for the film, but other than that Run, Man, Run needs to be seen. The unpredictable screenplay, great direction, and close to flawless lead performance make Run, Man, Run one of the great unknown westerns. 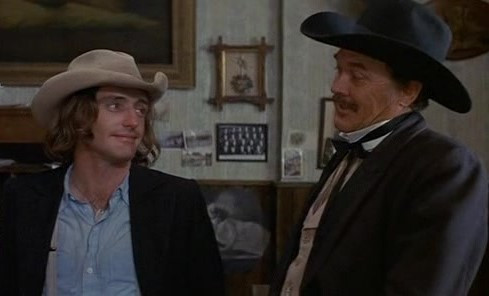 For starters, Kid Blue will not appeal to everyone. Some viewers will love it, others will hate it. Hearing the plot, it sounds like a Western and it is, but more than that, it is a melodramatic character study. Directed by James Frawley, the film follows Kid Blue played by Dennis Hopper as he gives up robbing trains and tries to lead a straight life. He ends up in a small town where a love triangle ensues while the sheriff of the town is onto finding out Kid Blue’s identity.

This is truly a film that only could have been made in the 70s’. Surely, 20th Century Fox was hoping to have the success of Easy Rider where the film was marketed to the counterculture. If there is only one reason to watch the film, it is for the stellar performances by an awesome ensemble cast. Warren Oates, Lee Purcell, Peter Boyle, and M. Emmet Walsh all pop up in the film, but the standout performance comes from Ben Johnson.

Coming off of his Academy Award win for playing Sam the Lion in The Last Picture Show, Johnson plays Sheriff Mean John, a truly despicable villain, who will just not let Hopper’s character earn a second chance and try to make an honest life for himself. James Frawley was more experienced in television direction, but for his second feature film he manages it well. The humor of the film also has a strong wit to it, you will never laugh out loud, but you will be smirking at a lot of one liners. If you are looking for something out of the ordinary that seems rare unto itself, Kid Blue may just be the film to make for a great midnight watch. 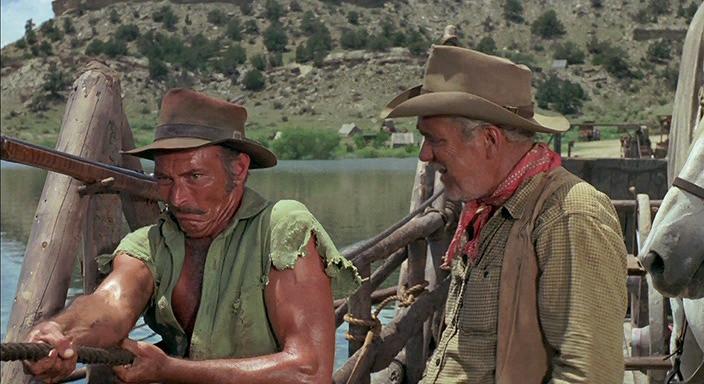 A film that is a bare bones face-off film between Warren Oates and Lee Van Cleef seems like it should be more popular and well regarded than it is. The film follows Oates playing an outlaw who is trying to get to Mexico after a robbery. The only thing standing in the way is crossing the Paria River to make it south of the border. Lee Van Cleef plays the barge operator set on not letting Oates’ character cross. What ensues is the duel to see who will come out on top.

Barquero truly is fueled by the performances of its two leads. While Van Cleef plays his usual reserved, low-key, methodical, tough guy, Oates is an absolute wild man here. The screenplay is tight, not diving into too many sideplots and almost playing like more of a thriller than a western at times. The best thing about Barquero is its ending because of the terrific editing and camera work.

The film culminates to Oates and Van Cleef having a standoff on opposite sides of the river. Influence was undoubtedly taken from Leone, but the editing jumping back and forth between the two is superb, just constantly cranking the tension up. Director Gordon Douglas’ experience does not go unnoticed here either. Best known for the giant ant invasion flick, Them!, Douglas also has an seasoned career in the western genre. Barquero is a great choice to just shut your mind off and escape for two hours. 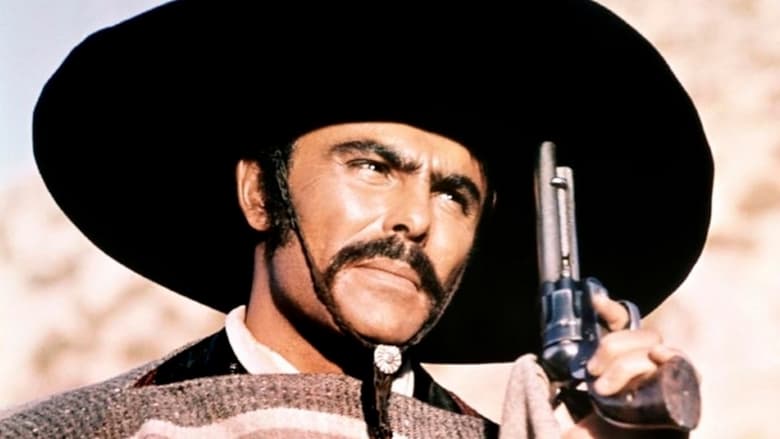 When Marlon Brando westerns come to mind, the two that are usually most thought of are One Eyed Jacks and Viva Zapata. The Appaloosa has been not only pushed aside by Brando fans, but also hardcore Western fans and the film deserves more attention that it gets. The story is fairly simple where Brando plays frontiersman Matt Fletcher, the owner of a rare Appaloosa horse. The horse is then stolen by bandit Chuy Medina, played by John Saxon. The story then turns into Matt hunting Chuy to get his prized horse back.

The Appaloosa feels like one of the last classic Hollywood westerns. Leone and Peckinpah were just about to break the flood gates open to a new style of western, but for some reason this one feels stuck in the past, and that isn’t necessarily a bad thing. Brando obviously bring his “A game” and Saxon is as cool as ever. Director Sidney J. Furie is coming off of what is probably his best film, The Ipcress File, and while The Appaloosa never reaches those heights, mostly due to its predictability, that does not mean it’s not a worthwhile watch. Furie hands the audience what is one of the last of what is about to be the bygone Western era. 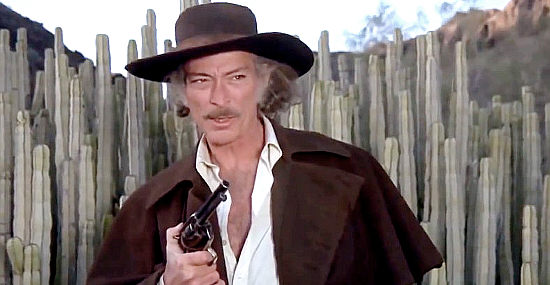 Take a Hard Ride is not nearly the best film on this list, but there is a good chance that it is the most entertaining. Directed by spaghetti western mainstay Antonio Margheriti, the film follows Pike, played by Jim Brown, who is responsible for delivering thousands of dollar across the southern United States border. Of course this does not come easy as he encounters bandits, bounty hunters, corrupt sheriffs, and other obstacles.

Margheriti smartly brings together Jim Brown, Fred Williamson, Jim Kelly, Lee Van Cleef, and Barry Sullivan and in return gets some of the best chemistry from an ensemble cast through the entire 1970s’. Being the second time Brown, Williamson, and Kelly have worked together, it is clear to the viewer that all three actors are incredibly self aware and aware of what the targeted audience is expecting. Van Cleef pops up again, this time as one of the antagonists, and the audience is so used to the actor it is almost comforting to know what to expect. Not being one of Margheriti’s better known films, spaghetti western fans and cult film fans should be desperately seeking this one out. There are no doubt some things in the film that do not make sense, but the ride is just so much fun that the plot holes and missteps can be overlooked.