Black Sunday is one of the most recognizable and influential horror films in history. Its unforgettable and often imitated plot begins with a witch being burned at the stake for sorcery; before dying, she swears retribution on the descendants of her killers, and 200 years later she makes her vengeful return.

Filmed in stunning black and white and infused with an endless floating fog, Black Sunday’s visuals helped create the stylistic template which countless future films would follow. For its time, Black Sunday was unusually violent and shocking, and its approach to bloodshed ushered in a new era of censorship criteria. Cited as an influence on the work of Tim Burton and Francis Ford Coppola, Mario Bava’s Black Sunday still impresses and terrifies.

7. City of the Dead – directed by John Llewellyn Moxey 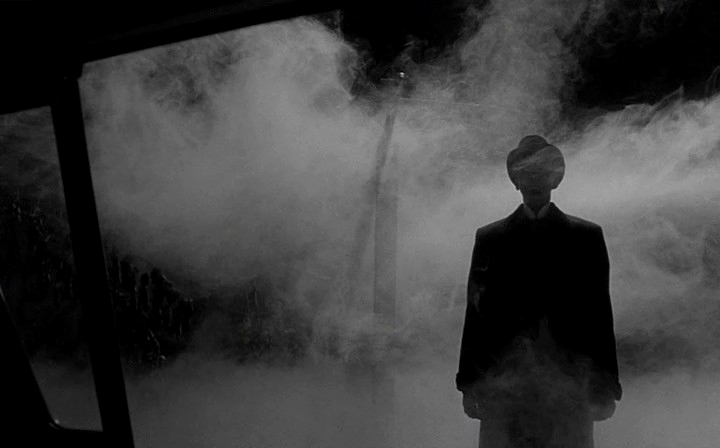 This modest little horror film punches well above its budget’s weight, and has turned into a minor classic of the genre. While aided by strong performances all around, the presence of the inimitable Christopher Lee is unquestionably a highlight. We’re guessing that a big chunk of the budget went to purchasing extra fog machines, but the result is a wonderfully atmospheric universe that you’ll want to escape to time after time.

When a young university student named Nan Barlow becomes interested in the study of witchcraft, her professor suggests that she make a visit to Whitewood, a town where much information can be found on the topic. When she checks into the local hotel and begins to study the history of the town, things seem normal; but after a few weeks her brother has not heard from her and realizes she has gone missing. He sets out to discover her fate, and in the process unravels the real history of the sinister city of the dead. 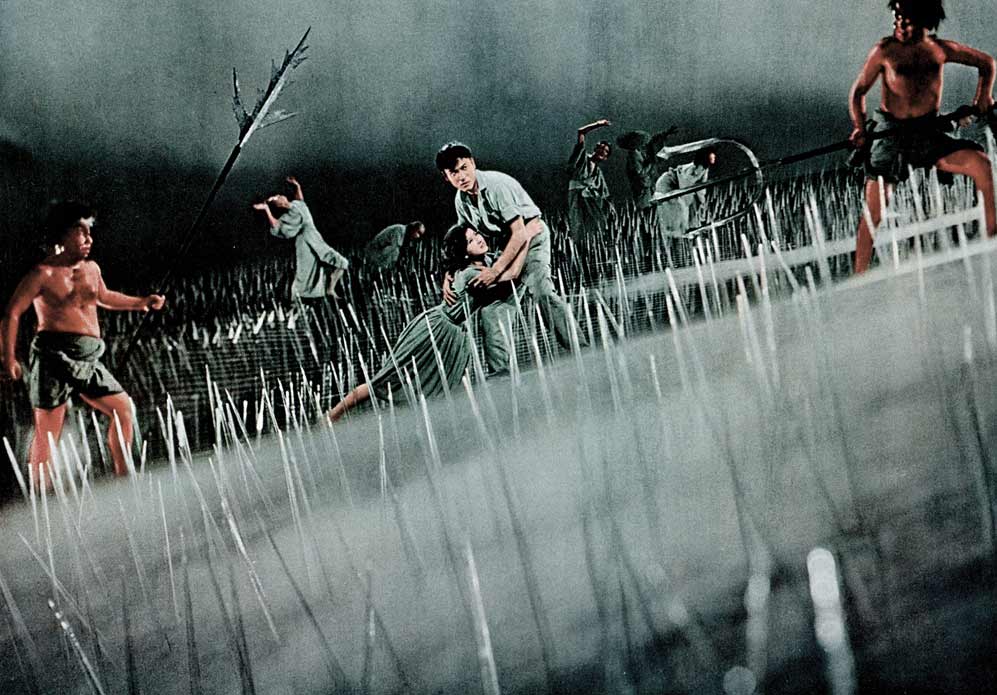 This Japanese classic also goes by the title The Sinners of Hell, and it plays out like a terrifying Eastern Sunday School lesson. It’s an imaginative study of karma and afterlife horror which retains a solid emotional core throughout. With vivid scenes of infernal torture and misery, Jigoku’s approach to metaphysical misery is unique and unforgettable. One viewing will be enough to convince you of Jigoku’s rightful status as a cult classic.

When two college friends are involved in a hit-and-run car accident, doom awaits them in this life and the next. One of the boys is engaged to be married, and his plans start to unravel before his eyes; but that’s just the beginning – he hasn’t even arrived in hell yet. Through the use of vivid color and terrifying imagery, director Nobuo Nakagawa paints an afterlife guaranteed to frighten the devil out of you. This is a memorable moral tale framed as an effective horror film, and you simply can’t miss it.

9. Village of the Damned – directed by Wolf Rilla 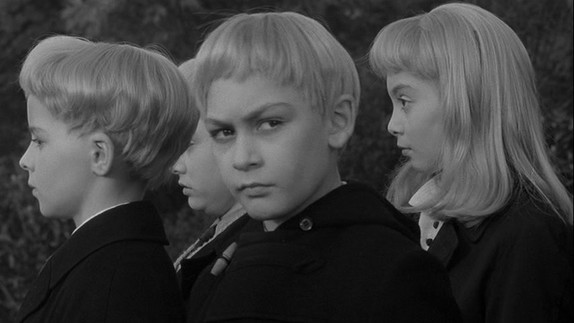 The Village of the Damned is home to some of the creepiest kids in movie history, and time has not diminished their effect on the viewer. Though the film faced production troubles on its way to the big screen, it’s hard to be happier with the final result. Director Wolf Rilla brought an effectively subtle, low-key approach to this horror film sprinkled with a bit of sci-fi; and with George Sanders taking the lead role, this one never had a chance to be anything other than classy.

This is an adaptation of John Wyndham’s novel The Midwich Cuckoos, and it succeeds (as do its antagonists) through its disarming simplicity. When the inhabitants of a small village in England wake up from a mysterious trance, all of the women are pregnant, and the offspring that follow all look eerily similar – blond-haired, with creepy glowing eyes. In addition, these adolescent abominations seem to have supernatural powers, which they appear ready to use if crossed. George Sanders plays a professor who’s sent to investigate the paranormal proceedings; and if anyone can get to the bottom of it, it’s George Sanders. 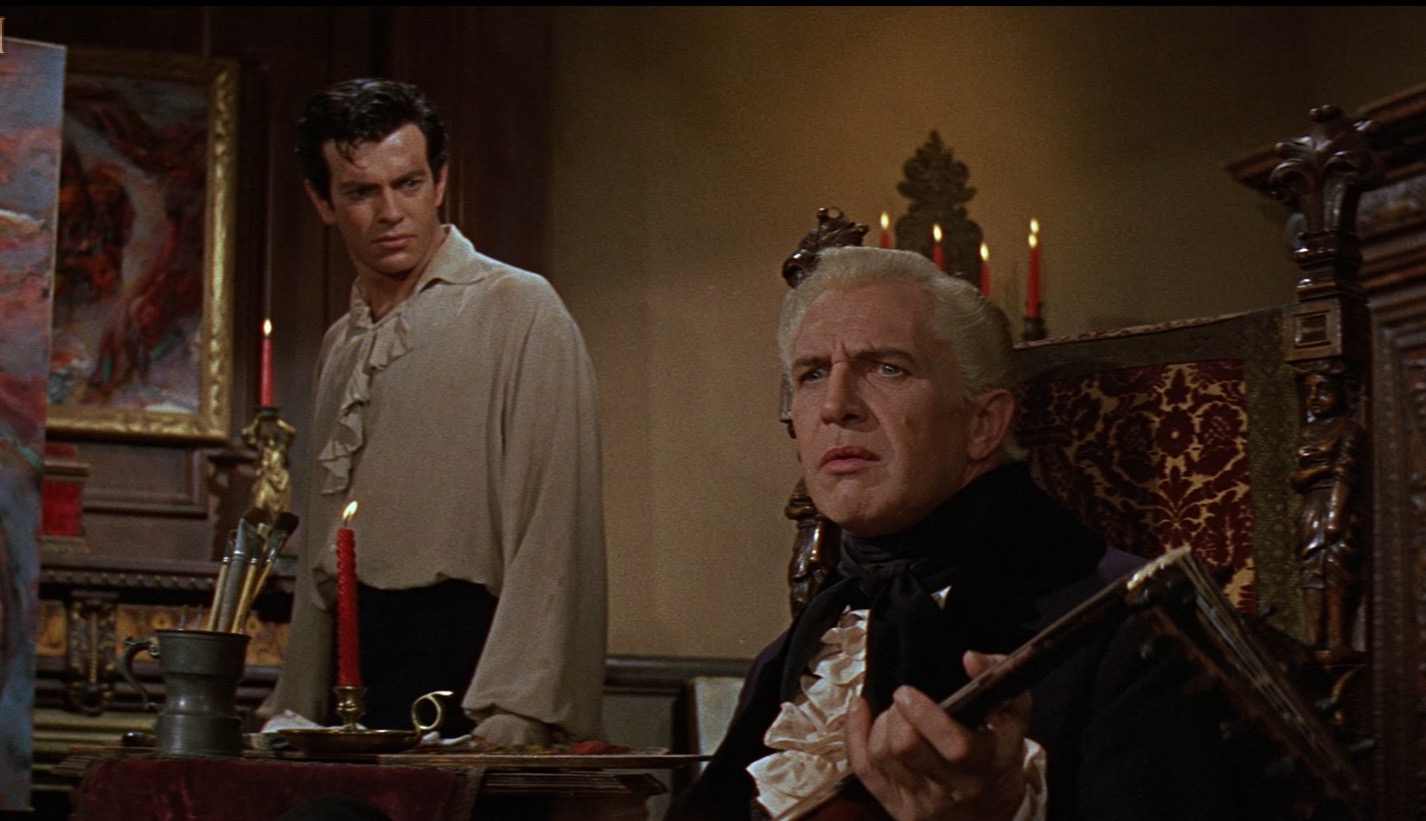 It was a happy day when the stories of Edgar Allan Poe were introduced to the medium of film, and this particular one did much to advance the cause. Richard Matheson wrote the script for Roger Corman’s version of Poe’s classic story, The Fall of the House of Usher, and he did it full justice. This was one of several films based on Poe’s works made in the 1960’s, and the great Vincent Price carries the lead role as only he can. The success and quality of House of Usher paved the way for many more Gothic horror films in this style.

When an idealistic and hopeful young man travels to a desolate, foreboding mansion, his intention is to meet his fiancée Madeline Usher and begin their lives together. But Madeline’s uncle Roderick, played by Vincent Price, does everything in his power to prevent the union because of a supposed curse on the Usher family. The events that follow are an avalanche of Gothic tragedies that seem sure to end in the eventual fall of the Usher’s house.

We think that Blood and Roses deserves a special mention in this list, though it’s fiendishly hard to get your hands or your eyes on. Still, if you’re able to find it, it’s worth your time. Based on Sheridan Le Fanu’s iconic vampire novel Carmilla, this is a gorgeous film that deserves a bit more attention. Until that time comes, happy hunting!