Halloween is almost upon us, and for myself and many other genre fans, this time of year includes marathons of horror movies new and old; from guilty pleasure favorites, creepy cult classics, new fright films that have been generating agreeable buzz, and it’s always fun to not only discover new movies, but to turn friends and family members unto new discoveries as well. It’s with a little of that benevolent of an idea in mind, along with an affinity for newly unlocked originality and the concept of cool that this Halloween appropriate list came together.

The films listed here, and the numerous ones referenced throughout and in the “Honorable Mentions” section below comprise some really glittery and ghoulish gems of the genre. These are films made by visionary filmmakers who have artfully constructed horrors that are incredibly stylish and visually impressive. Enjoy!

An unsettling and artfully transgressive tribute to the classic giallo, only with a much needed feminist slant, Luca Guadagnino’s Suspiria isn’t the colorful Daario Argento homage many expected. Sure, it’s a metafictional elucidation of sorts, and there are flashes here and there of Argento’s transfixing original, but in the hands of I Am Love (2009) and Call Me By Your Name (2017) director Guadagnino, the fractured, lacerated and luridly suggestive imagery – including the ecstatic and delirious use of dance – gets into your capitulum in ways Argento never envisaged. This is an altogether different beast, but at the same time it extraordinarily compliments the original.

Drubbed by Gothic downpours, the academy is quick to embrace Susie, who is quickly placed as the new lead dancer after lead choreographer Madame Blanc (Tilda Swinton) takes a shine to her. But for what sinister purpose? And why did the now missing student Patricia Hingle (Chloe Grace Moretz) cryptically divulge to her psychotherapist, Josef Klemperer (Swinton, again), her bent belief that the school is run by a coven of witches?

Anna Biller’s delightfully macabre exercise in sassy seduction and strange, vintage sensations feels like it was made in another era but adorned with bracingly modernistic designs. The Love Witch is stunning to see and thrilling to think about as it throws back to the Technicolor melodramas of the swinging 60s and the sexploitation cinema that supervened. Starring a smashing Samantha Robinson, who looks like she stepped out of the Golden Age of Hollywood, is note-perfect as Elaine, the eponymous witch. 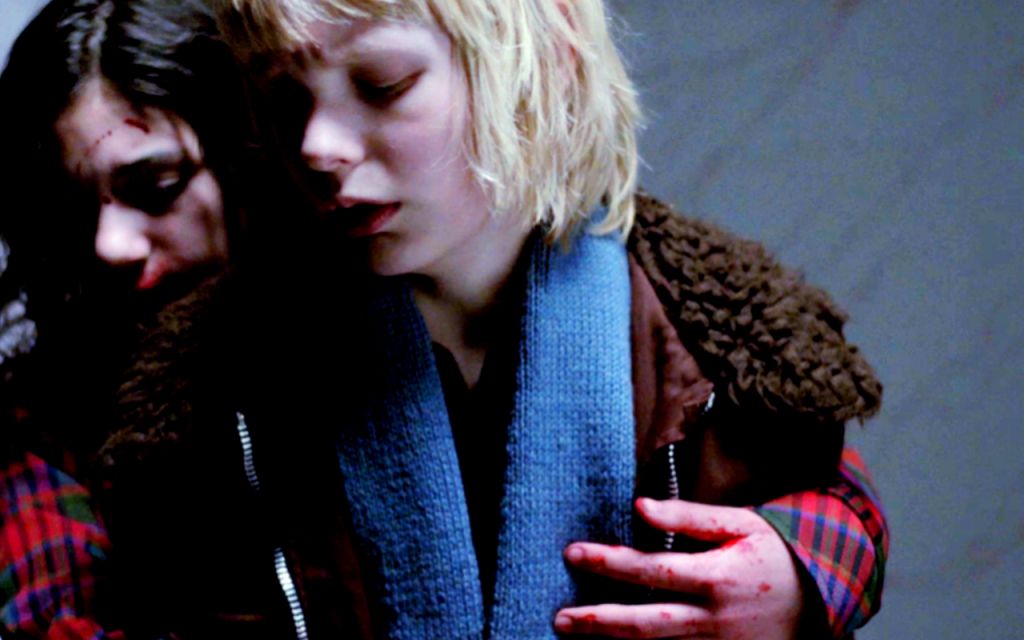 Oskar (Kare Hedebrant) and Eli (Lina Leandersson) are both luminous as two lost and lonely kids – one a vampire, one a weirdo, both outcasts – who, for a time, need one another, and need to make sense of the world. Austerely elegant visuals, inventive and endearing re-imaginings of familiar vampire tropes, and pensive yet persuasive symbolism and spectacle, this is modern horror done to perfection. Its lackadaisical pacing works like a charm in creating a world for the viewer to get utterly engrossed in, ensuring that Let the Right One In is felt in the gut as it strangely and profoundly stirs the heart.

A troubling, stunning, and sensual masterpiece, Nicolas Roeg’s Don’t Look Now is an elegant tragedy, a chic waking nightmare, and may also offer cinema’s best use of the color red.

Following the tragic death by drowning of their daughter, broken, grieving, and shattered parents John (Donald Sutherland) and Laura (Julie Christie) seek sanctuary and healing in the visually labyrinthine city of Venice. But even in so lovely a locale they cannot escape the feeling of menace, impending doom, and inescapable death.

Roeg’s signature visual style, a perfect fit for the Daphne du Maurier source material (Don’t Look Now is adapted from her shocking and celebrated 1971 short story) a fragmented, haunting, and cryptic combination of abrupt cuts, and jolting juxtapositions, jumps into overdrive. Venice transforms into a watery city of ghosts, populated by apparitions, decaying churches and meandering canals. Themes of death, loss, intrigue, and eroticism hound John and Laura as nostalgia and intangible terror plague their every step.

Few films are this powerful, this dismaying, and, ultimately, this tormenting, all while being a sensory experience in crumbling grace and terrible loss. Don’t Look Now is so stunningly sensuous that it makes it impossible to turn away.

German cinema in the 1920s was strongly bonded with the Expressionist art movement and focussed on the fantastic and the bizarre, and no other film exemplified this as much as Robert Wiene’s stirring, strange, and radically stylized innovation, The Cabinet of Dr. Caligari.

One of the first films in history to be considered a work of art, this revolutionary silent horror masterwork tells the story of the crazed hypnotist Dr. Caligari (Werner Krauss) and his hypnotized lackey, the somnambulist Cesare (Conrad Veidt), regularly used to murder those Caligari deems unfit for life.

A vanguard to what would later be dubbed arthouse cinema, Roger Ebert famously proclaimed The Cabinet of Dr. Caligari to be “the first true horror film”, and now, a century old, it’s still an effective shocker with an earned legendary legacy as well as honing a very specific and vintage idea of chilling cinematic cool.