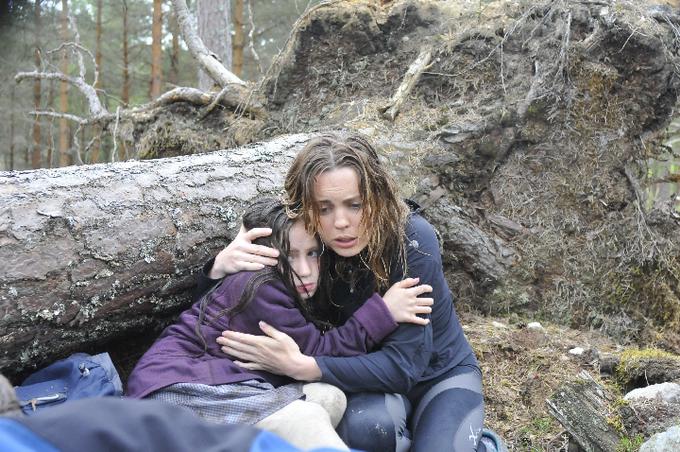 This underseen Scottish gem sports a great hook: A group of climbers hear a little girl’s pleas from a breathing tube in the middle of a mountain wilderness, and dig her out of an underground box. She speaks no English, but soon enough, her kidnappers are hunting the climbers to get their victim back in time to collect the ransom. The canny blend of crime and survival story upgrades both elements, and feels fresher for it.

Director Julian Gibey’s real feat is how he handles the climbing sequences. He understands that the climbers don’t have to be on Everest to make the heights unnerving. Nobody has to try anything reckless to lose a grip, or simply find no place to lodge a cam. Instead, the rock and exhaustion are threat enough, and within the opening few minutes, the audience is sweating an everyday accident on an unremarkable patch of mountain.

Melissa George plays the climber who emerges from the group to become the lead, trying to find a way off the mountain with that little girl in tow. She adds a nice dose of vulnerability to her Sarah Connor role, so the audience stays all the more nervous for her. And Gibey’s picture doesn’t rely on its premise alone, finding ways to ably expand and twist the story so that it remains a true genre hybrid. Most movies tend to falter as twists add characters, but here, it only improves the material, largely because it’s proud of its B movie nature, and doesn’t try to inflate it into anything more than a feat of unbroken tension. 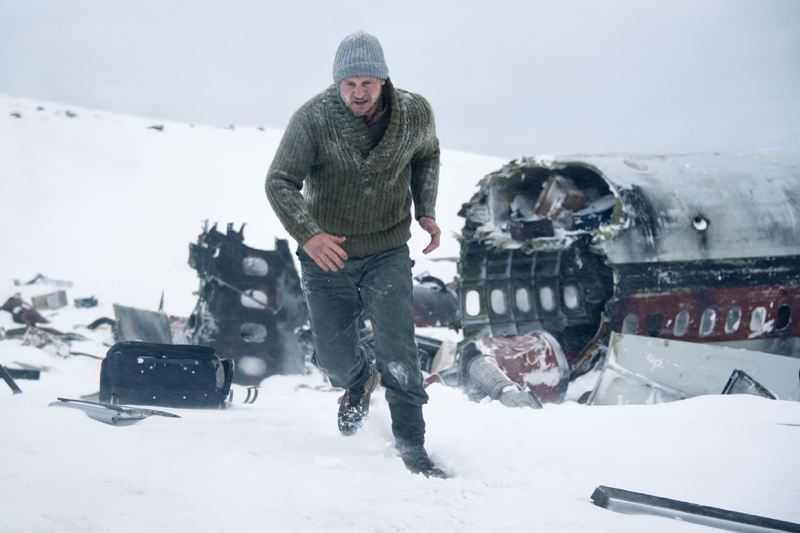 Ever since Taken, Liam Neeson has been the patron saint of Dad movies, letting middle- aged working stiffs imagine themselves saving the day in increasingly preposterous scenarios. This survival flick from Joe Carnahan gets lost in that shuffle, mostly because it stands as an outlier from the star’s later work and even the director. Carnahan typically delivers macho grit with the tone and intelligence of a Mountain Dew commercial, but here he manages to impersonate Walter Hill, delivering a grim, taut picture about Alaskan oil workers that crash land in the wilderness, only to be hunted by a pack of wolves.

Neeson plays an expert marksman for the oil company, charged with protecting the workers from exactly the kind of bad doggies that want them for lunch after they crash. But he’s also a deeply disturbed man, who nearly commits suicide in the early moments of the film, and battles with his own desire to surrender to the wild. As the plane crash survivors try to evade the wolves long enough to find a way out, they succumb not only to elements but their psychological foibles, though Carnahan never wanders into Pretension Alley to get this across, by keeping the physical perils front and center.

Based on a short story from Ian MacKenzie Jeffers, it keeps the potent simplicity of the that form, right down to the kind of ending that’s common in fiction, and uncommon in action movies. Never the less it feels appropriate, or more appropriate than regurgitating the climax everyone expects. It proved a minor hit of sorts, but the movie still stands outside of its era, in the best way, as a testament that these kind of pictures can be as thoughtful as they are thrilling. 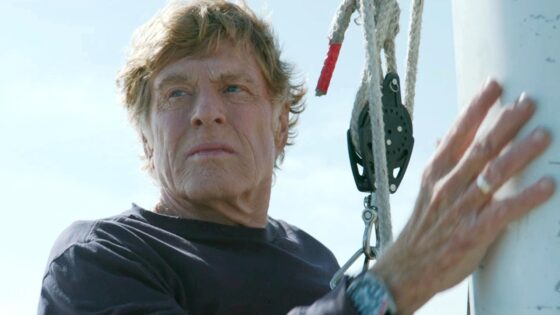 So many of these pictures are true collaborations between director and star, because left alone in the middle of nowhere, there’s no place an actor can hide their lack of screen presence, and nothing a director can do to make up for that. And there is probably no closer collaboration among these than J.C. Chandor and Robert Redford in this tale of a man lost at sea. Redford is the only cast member, and the script was famously only 31 pages long. But director and star still managed to produce a classic from it.

One of Redford’s secret weapons as a performer is that almost no one offers a better chagrin. The way he smiles when everything is going wrong is the bedrock of his enduring appeal. As the Sundance Kid, Bob Woodward, the title character in The Candidate (1972), the bookish spy from Three Days of the Condor, that smile lets us know Redford is well aware of just how bad things are. It’s a canny way for man as pretty as Redford to the flourish in the dark and doubting seventies. Redford’s craggy chagrin here is the source of so much warmth as he tries desperately to save his ship after a minor collision with a shipping container.

The crisis is a slow moving one, with a minor leak swelling into a serious threat. The situation deteriorates one miscalculation and bad stroke of luck at a time, and after years of watching Redford, there’s an intimacy that makes us deeply invested in his success. Chandor does a stellar job of staging this, with the water filmed as an invading force, sometimes small and silent, sometimes large and violent. It all feels so effortless it’s easy to forget how inert this would be if each step wasn’t clearly rendered visually and commented on with Redford’s expressive face. It’s a deeply satisfying picture and one of the star’s best late era performances. 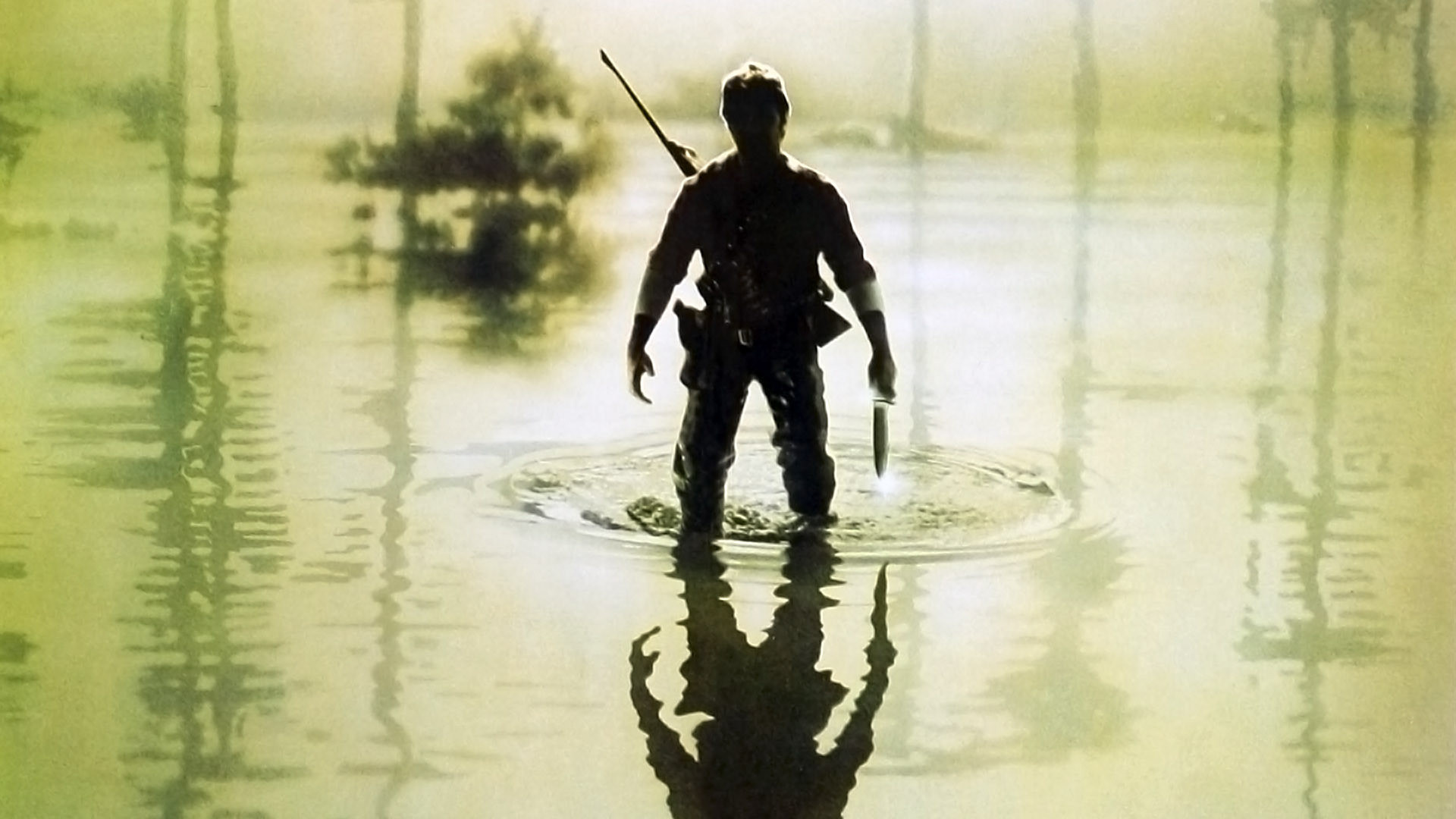 A flop at the time, this survival picture eventually found its place as another fine addition to Walter Hills’ filmography. But in 1981, the tale of National Guardsmen getting lost in the bayou and running afoul of the locals was read as an allegory for Vietnam, at a time when audiences were at their peak ambivalence about that defeat. The country was just beginning to enjoy Reagan’s delicious historical amnesia, but more than anything, they’d be grateful to avoid reckoning with it for a spell.

Vincent Canby at the NY Times led the charge of it as a lead-footed Deliverance rip-off, but it works on a completely different register. Set in 1973, the National Guard is portrayed as a clumsy operation staffed by washouts, misfits and hall monitors, none of whom should be carrying rifles. The cast, led by Keith Carradine, Powers Booth and Peter Coyote, is a who’s who of tough guy character actors from the era, each sensing they won’t get to be this interesting elsewhere. They do more than merely taunt or dismiss the backwoods Cajun folk; they steal their boats when they get lost, and fire off blanks from a machine gun just for kicks. There’s little wonder the locals bite back.

The echoes of Vietnam are there, but it seems far more cynical of the entire American experiment, with a cross section of the craven and the ignorant at each other’s throats. Hill takes a fascinating detour towards the end, shifting from its survival film ethos, into something more disturbing. It’s a scathing indictment without anyone to root for, that was released when the country was eager invent some new heroes that could show up and start winning wars again. 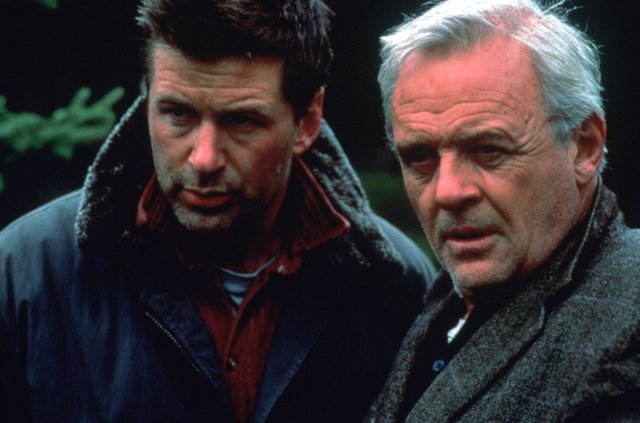 Producer Art Linson had worked with David Mamet on the massive hit The Untouchables, and with a new studio deal at Fox, was after another. So Linson suggested an adventure picture with two male leads, and Mamet, a fan of big paychecks, agreed. Linson needed something more to go on, so Mamet replied, “How about two guys and a bear?” And like that, one of the most entertaining wilderness thrillers was born.

In the Edge, Anthony Hopkins is a bookish billionaire whose plane crashes in the Canadian wilderness with a photographer (Alec Baldwin) and the photographer’s assistant (Harold Perrineau). As Hopkins calmly devises a route back to civilization, a Kodiak bear spies his next meal and begins hunting them. But Baldwin’s been sleeping with Hopkins’ wife and may be happier if Hopkins doesn’t make it out alive. Mamet’s script has just enough camp for be fun here, with his trademark rhythms and repetitions of dialogue adding a style the genre rarely offers. Tamahori has a real gift for bone-crunching violence and manly showdowns, and this provides a fine vehicle for what he does best.

This was not the hit Art Linson needed, but its middling box office and terrible shooting experience gave him the material for his terrific autobiography “What Just Happened?” which itself was adapted into a movie that also didn’t make anyone rich. But The Edge continues to appear on basic cable on Sunday afternoons, where folks can enjoy watching Hopkins and Baldwin chew scenery like a pair of healthy Hollywood grizzlies.

Author Bio: Rob Kotecki is a writer and filmmaker, looking for stories that are buried by fads, prudes and scoundrels. He can be found on Medium and Twitter @arthousepunch.