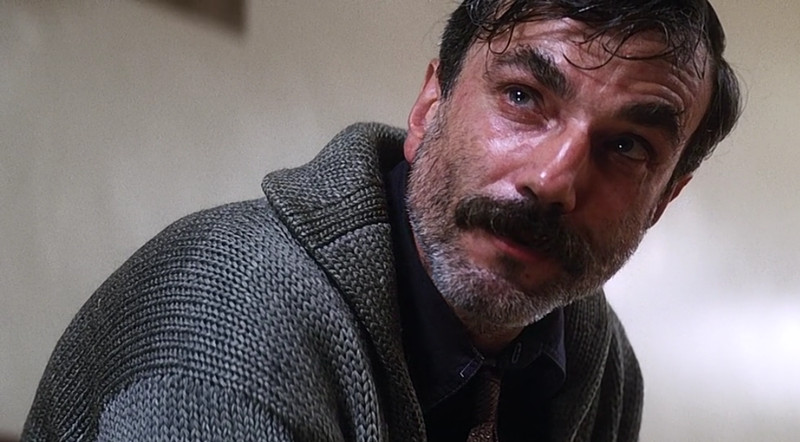 Let’s face it; the first year into the second decade of the 21st century hasn’t exactly been promising for cinema. In fact, the movie business is in a slump unlike ever before because of the recent pandemic that has seen the release of many films being pushed back or even cancelled completely.

While I remain optimistic that everything will be relatively back to normal soon, I have taken the opportunity to go back and see what are the best movie performances of the century so far. I will be splitting the list into two, one for male and another for female, simply because we have been treated to so much great acting that I decided that just one list was not going to be enough.

I’m sure lists like these will encourage readers to leave comments reprimanding me for leaving out their favourite performances. So in the interest of fairness, here is a shortlist of male performances that just missed my top ten but should still be recognized for the huge impact that they left. In no particular order, the runners up are: Tom Hanks (Cast Away), Bruno Ganz (Downfall), Daniel Kaluuya (Get Out), Ralph Fiennes (The Grand Budapest Hotel), Tony Leung (In the Mood for Love), Oscar Isaac (Inside Llewyn Davis), Mahershala Ali (Moonlight),  Michael Fassbender (Shame) and Leonardo DiCaprio (The Wolf of Wall Street). 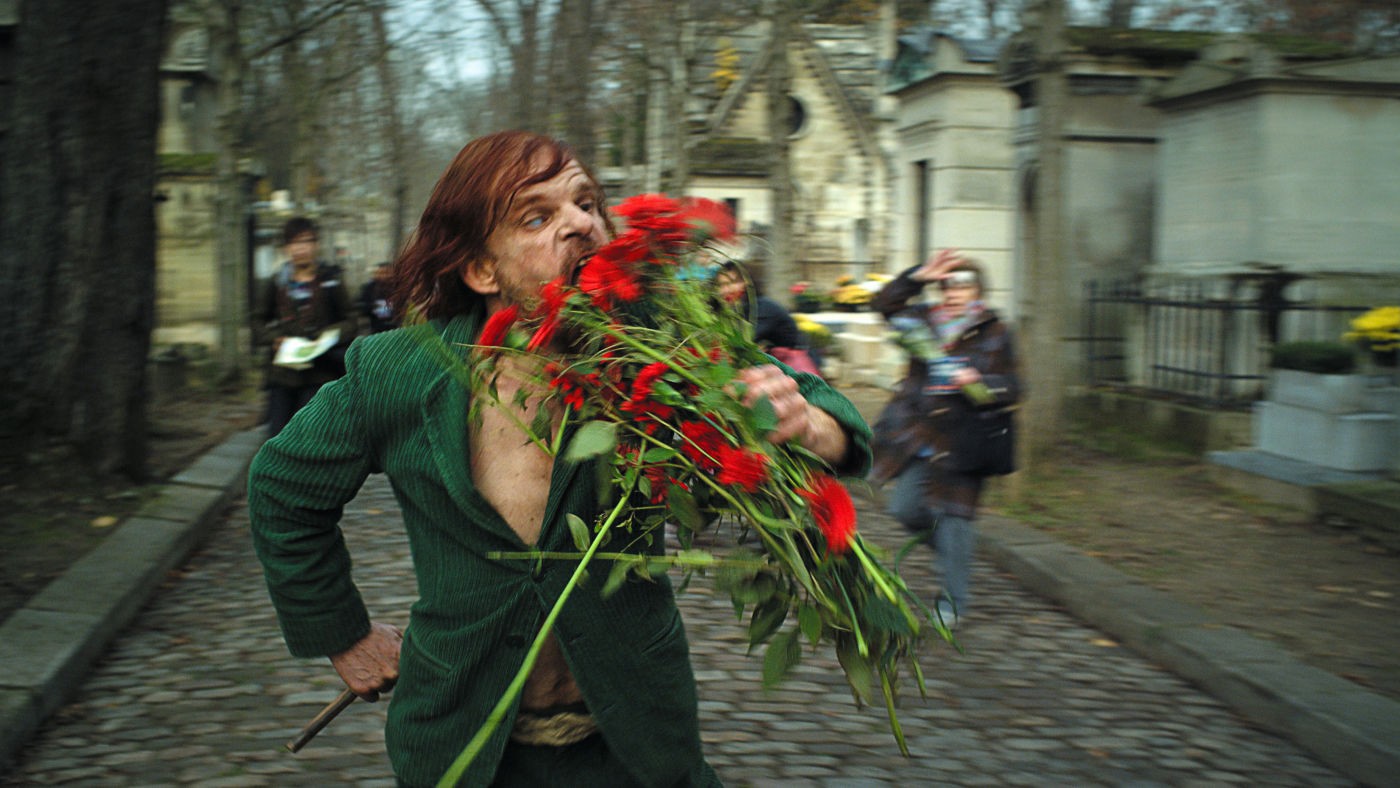 You will be hard pressed to find a stranger movie that came out in the past decade, or perhaps the past century, than Leos Carax’s 2012 fantasy comedy Holy Motors. The film follows a man who appears to be an actor that inhabits multiple roles throughout a single day. These roles include a range of characters including a homeless beggar, a motion capture artist, a man on his deathbed and in a notably surreal scene a Chinese gangster and his doppelganger that each end up killing each other. To plays these roles would take a character actor of such chameleonic quality that hasn’t been seen since Peter Sellers. Enter Denis Lavant.

Carax described the casting of Lavant as “If Denis had said no, I would have offered the part to Lon Chaney or to Chaplin. Or to Peter Lorre or Michel Simon, all of whom are dead.” After watching the film, it is easy to understand the point he was making. Lavant possesses one of the most distinctive faces ever put on film, along with his impressive physicality which would make him a dream actor for any director to work with.

Out of all the characters Lavant plays in the film, one in particular stands out. That of course being Monsieur Merde, a grotesque sewer dweller that bears more similarities with a Chaney-esque monster than an actual human being. What is so impressive about Lavant’s performance is that every role he plays feels completely grounded no matter how absurd they are on the surface. Holy Motors is a surreal masterpiece that everyone should watch, if not just for Lavant alone who proves to be the modern day ‘Man of a Thousand Faces’. 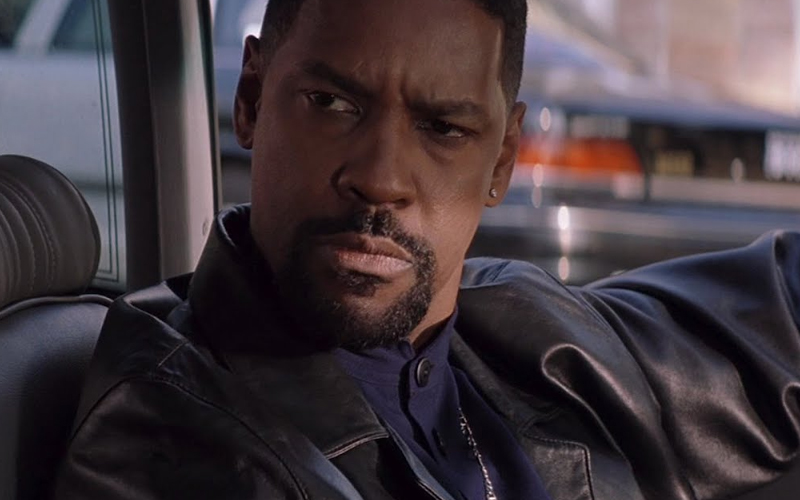 Not many actors have earned as much praise and respect over their career from both critics and audiences as Denzel Washington has. A titan of both stage and screen, Washington has earned almost every major award there is for an actor to win. His performances in Glory, Malcolm X and Fences should especially be regarded as some of the best work any actor has ever put on film. However, Washington’s crowning achievement came in 2002 with the film Training Day, where he played Detective Sergeant Alonzo Harris who is perhaps the most corrupt cop in the history of cinema.

It’s very rare for Washington to play the role of a villain, so watching him give a performance that’s so cruel and despicable should almost be seen as the modern equivalent of Henry Fonda in Once Upon a Time in the West. Over the film’s runtime, we see Harris convince his rookie partner into smoking marijuana laced in PCP, dispensing his own twisted sense of justice on criminals and intimidating the local neighborhoods so much that he resembles a mob kingpin than a police officer.

But the scene that solidifies this role as Washington’s greatest to date is where the people who once lived in fear finally turn on him. Washington plays the scene with so many emotions that it’s like he’s going through the five stages of grief. From empty boasts of grandeur to offering money to the crowd to do his bidding before finally accepting that his empire has truly crumbled. Most actor’s dream of a role like this in that it acts a full showcase for their talents and Washington took that opportunity and made himself a legend with it.

Perhaps the single biggest breakthrough in film from the past two decades has not been from a single actor or director, but in fact an entire movement. I am talking about the astounding global success of South Korean cinema, which eventually culminated earlier this year with the success of Bong Joon-Ho’s Parasite being the first foreign film to win the Oscar for Best Picture. However, all movements needed a starting point and this came with Park Chan-wook’s 2003 thriller Oldboy. A film known for its impressive action sequences, powerful themes and especially an extraordinary performance from it’s leading man, Choi Min-sik.

Choi plays Oh Dae-su, a man who has mysteriously been imprisoned for fifteen years until being released from captivity for seemingly no reason. A now mentally unhinged Dae-su seeks revenge for his kidnapping and subsequent torture but instead unveils a conspiracy that will eventually strip him of the last strand of his sanity. Choi plays a man possessed with the sense of vengeance, with his unkempt hair and wild, burning eyes he is a man who will seemingly go to the ends of the earths and is prepared to kill anyone who stands in his way of learning the truth.

Choi proves to be an actor capable of such unpredictability that it would be impossible to guess what he’s going to do next, whether it’s the scene of him scoffing down a live octopus to battering an almost endless stream of thugs with a hammer. He delivers a haunting performance of such unadulterated madness, perfectly encapsulated by the shot his demented smiling face that will be haunt the minds of film lovers forever.

Quentin Tarantino is a director who is famous for many things; one of the most notable is the ability to create instantly iconic roles for actors to give the best performance of their careers. Some of the most acclaimed of these being Brad Pitt in Once Upon a Time in Hollywood, Uma Thurman in Kill Bill and Samuel L. Jackson is just about every movie he’s done with QT.

However, to me the finest character Tarantino ever created was Col. Hans Landa, a high ranking Nazi officer and the personification of the banality of pure evil. The director said himself that he believed no actor could be capable of pulling off the role. That was until he met Christoph Waltz, and the rest as they say is history.

To say that playing Landa was a breakout performance for Austrian native would be putting it mildly, it damn near catapulted him to superstardom. He won almost every major acting award going, including the Oscar, Golden Globe and BAFTA for Best Supporting Actor, as well as Best Actor at the Cannes Film Festival. And it’s easy to understand why Waltz was met with so much adulation.

The audience is immediately intimidated by Landa but can’t help but drawn in by his playful charm. His meticulous and cerebral way in which the ‘Jew Hunter’ catches his prey is similar to a cat toying with it’s food, sadistic to his very core. What is most unsettling about Waltz’s performance of Landa is how he shows that the SS officer doesn’t really care about the Nazi ideology; he just does his job because he’s good at it.

Throughout it’s history, cinema has produced some truly wonderful partnerships between a director and an actor. One of the most celebrated that is still going strong to this day is Pedro Almodovar and Antonio Banderas, two names synonymous with Spanish cinema. Previous team-ups by the two have led to some of the best works of the two’s careers; films like Tie Me Up! Tie Me Down!, Women on the Verge of a Nervous Breakdown and The Skin I Live In. But their most recent work together, 2019’s Pain and Glory may very well be both men’s magnum opus.

Banderas plays Salvador Mallo, a celebrated director loosely based on Almodovar himself. Mallo is very much on the decline not just in his career as a filmmaker but also in his health as he is in throws of a heroin addiction as well as suffering from multiple physical ailments. At a time in his life where he feels such isolation and emptiness, the director relives some of the most vivid memories from his life. There, Mallo looks back at these key moments; from his childhood spent with his adoring mother, his first adult love and its heartbreaking end, as well as his discovery of film and subsequent success.

Banderas is effectively playing Almodovar and while he sports the director’s trademark spiked hair and eccentric clothes, the actor bears his soul on screen delivering a performance that perfectly balances realism with romanticism. In a career full of great performances, this is easily Banderas’ most challenging role to date and one that will live in the memory for many years to come.