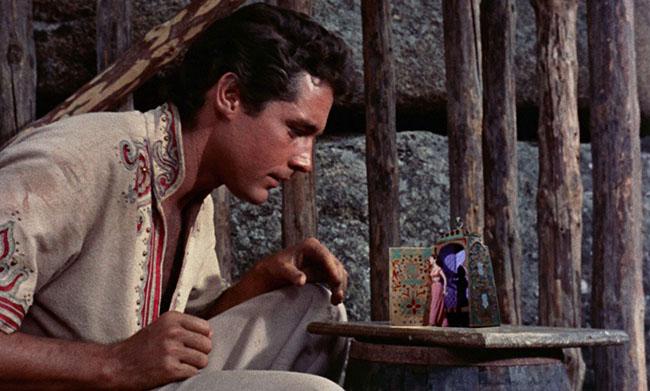 Cinema has evolved in every department since its origins. Special and visual effects are no exception. Today’s CGI laden blockbusters and streaming series owe their success to the creative work of one man: Ray Harryhausen.

His stop motion animation techniques paved the way for modern day stop motion works and computer generated effects. He sparked careers by inspiring young minds that would grow to be today’s leading filmmakers. As his skills and career progressed, he devised a process called Dynamation: a system consisting of split screen, rear projection, and multiple passes with a camera to create the illusion that live action and stop motion footage existed in the same frame.

If you’re not familiar with his work, need a refresher, or just want to celebrate a cinematic legend, we have gathered all of his films and ranked them from his worst to his best on the basis of the quality of the films, their creatures, and the overall animation. So, without further ado, here are the collected works of Ray Harryhausen. 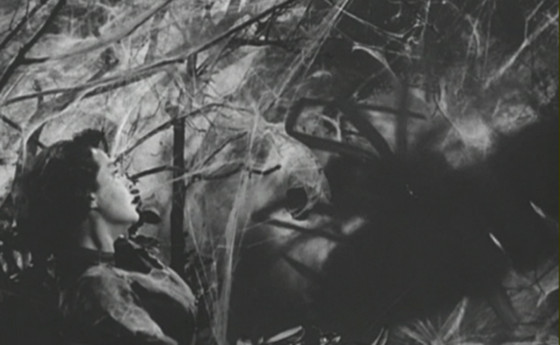 Also known as “Cosmic Monsters” outside of the United Kingdom, “The Strange World of Planet X” follows a group of scientists who experiment with Earth’s magnetic field. Aliens arrive warning of the dangers of these tests: changes to the magnetic field will create gigantic, killer insects.

Harryhausen’s work was not his trademark stop motion animation with clay monsters but superimposed live insects making this an interesting entry to his career. Technically Ray’s eighth movie, the film itself is enjoyable for fans of aliens and giant killer insects. Other than a few notable creature sequences (a giant spider in particular) this film is just worth a look. 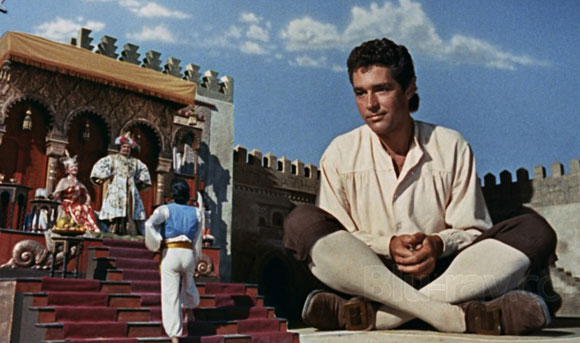 Released two years after our previous entry, “The 3 Worlds of Gulliver” tells the timeless tale of Gulliver’s Travels and stars a post Sinbad Kerwin Matthews (more on him in a bit). Legendary composer Bernard Herrmann provided the film’s soundtrack. While the score is good, it is not nearly as impactful as some of his others on this list. Sitting right in the middle of Harryhausen’s career as his ninth work, “Gulliver” is another case of minimal animation work from Ray.

Much of the film does not focus on his signature stop motion animation style, though he was able to lend his creative hands to a few sequences, most notably a large squirrel. As far as Gulliver’s Travels adaptations go, this version provides quality, albeit dated, family entertainment. Though not a bad film, “Gulliver” does not live up to the legendary work of some of his other entries on this list. 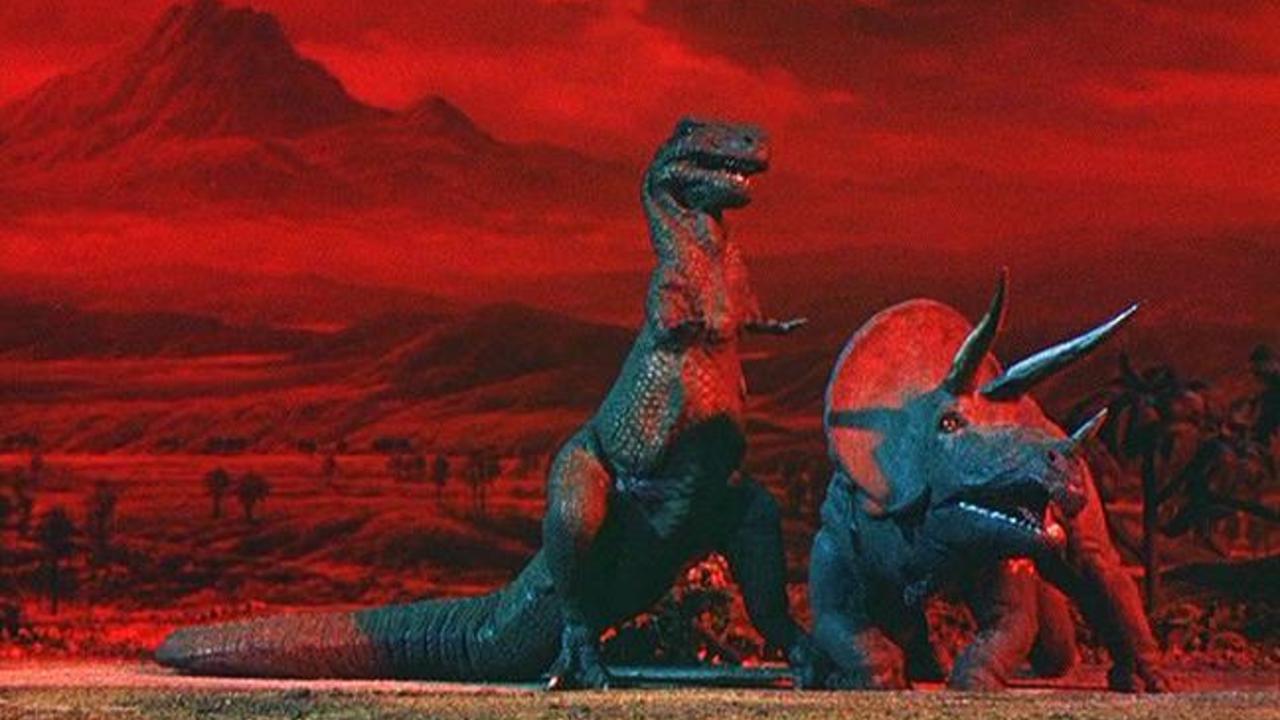 Do you remember the ViewMaster? Before the awe-inspiring immersion of VR technology, children around the globe played with ViewMasters, plastic toys you would place up to your eyes and view enlarged slides; essentially, a still projector for your eyes. Many of these purchasable slide packs would contain images of animals and prehistoric beasts. Some of these images, namely those of dinosaurs, were stills taken from the documentary film “The Animal World.”

Harryhausen, working for the final time with mentor Willis O’Brien, created several creatures for this educational production and to great memorable effect. This is Ray’s fourth film chronologically and his only non-fiction work. Today, the documentary itself pales in comparison to the likes of “Planet Earth” or “Walking with Dinosaurs,” but, if you’re lucky enough to find a copy, be sure you watch it for the dinosaur sequences. They’re still fascinating today. 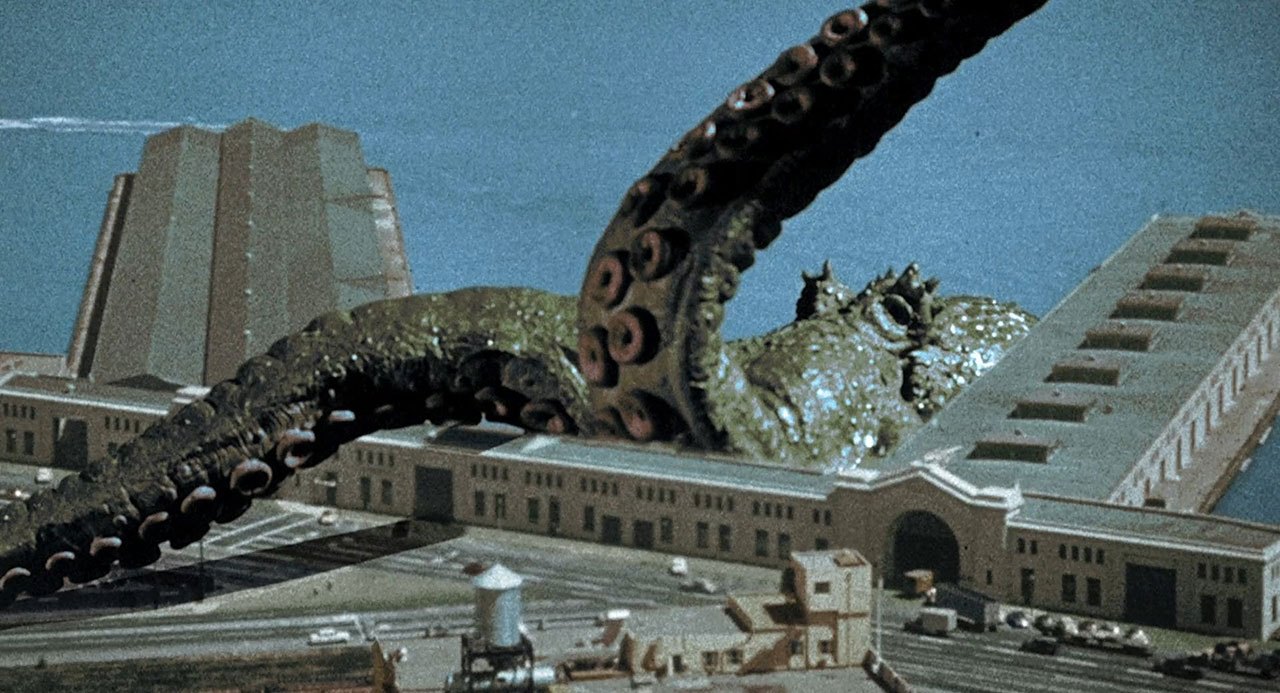 Quick question: how many tentacles does an octopus have? If you answered eight, normally you would be correct. In “It Came from Beneath the Sea,” the giant killer octopus that hates bridges only has six. The story goes it cost so much to animate each tentacle that the budget did not allow for more than six. Harryhausen gave the illusion that this “sextapus” is just a normal octopus… that transformed to giant size due to atomic testing.

His sixth film marked the first collaboration with Charles H. Schneer who produced most of Harryhausen’s later works. Budgeting restraints and the simplistic plot have kicked it down so low on this list. Otherwise, it is enjoyable. Some notable scenes are when the giant octopus attacks the Golden Gate Bridge, then San Francisco, and the shot of the tentacle emerging from the sea early on. This is a Harryhausen classic. 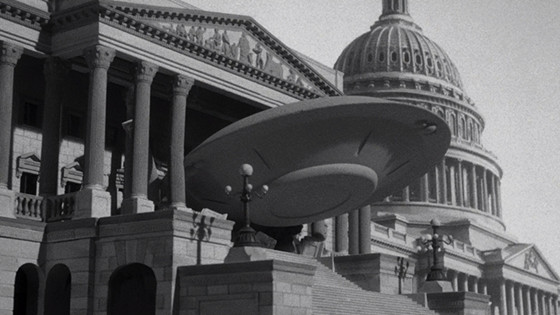 Cinema of the 1950s was chock full of alien invaders. Classics like “Invasion of the Body Snatchers,” “The Day the Earth Stood Still,” and “War of the Worlds” reigned supreme. There were so many that it seemed that almost every studio released a new one biweekly. One alien invasion flick that stands out among the drive-in fare, but isn’t as often remembered is “Earth vs. the Flying Saucers,” starring Hugh Marlowe (“The Day the Earth Stood Still”).

For his fifth film, Harryhausen created a unique and iconic design for the titular flying saucers with their rotating surfaces and radar-style laser canons. The aliens themselves have more in common with Robby the Robot than what you might expect. The interior of their ship, however, is the setting for a particularly interesting sequence with a mind probe. “Earth vs. the Flying Saucers” is recommended for the design of the flying saucers, the sound design, and the impressive destruction of Washington, D.C.

Our next film, “First Men in the Moon,” is based on a H.G. Wells novel, and stars Edward Judd, Martha Hyer, and Lionel Jeffries as Professor Cavor. It is this professor who creates a substance cleverly called “Cavorite” that, once applied, dried, and heated, disconnects the host subject from gravity. It is applied to a capsule sending our main characters on a journey to the moon’s surface. Things quickly go awry when they discover an underground civilization and the creatures that live within the lunar caves.

As far as film adaptations of H.G. Wells go, this is the least adapted and is quite refreshingly original. Harryhausen is in solid form here, this being his twelfth film. Some iconic moments include: the heroes’ escape from a giant caterpillar (Moon Cow), an x-ray skeleton, and Professor Cavor meeting the Grand Lunar, Leader of the Selenites. This one comes recommended for Wells fans and those looking for some insect-like aliens. 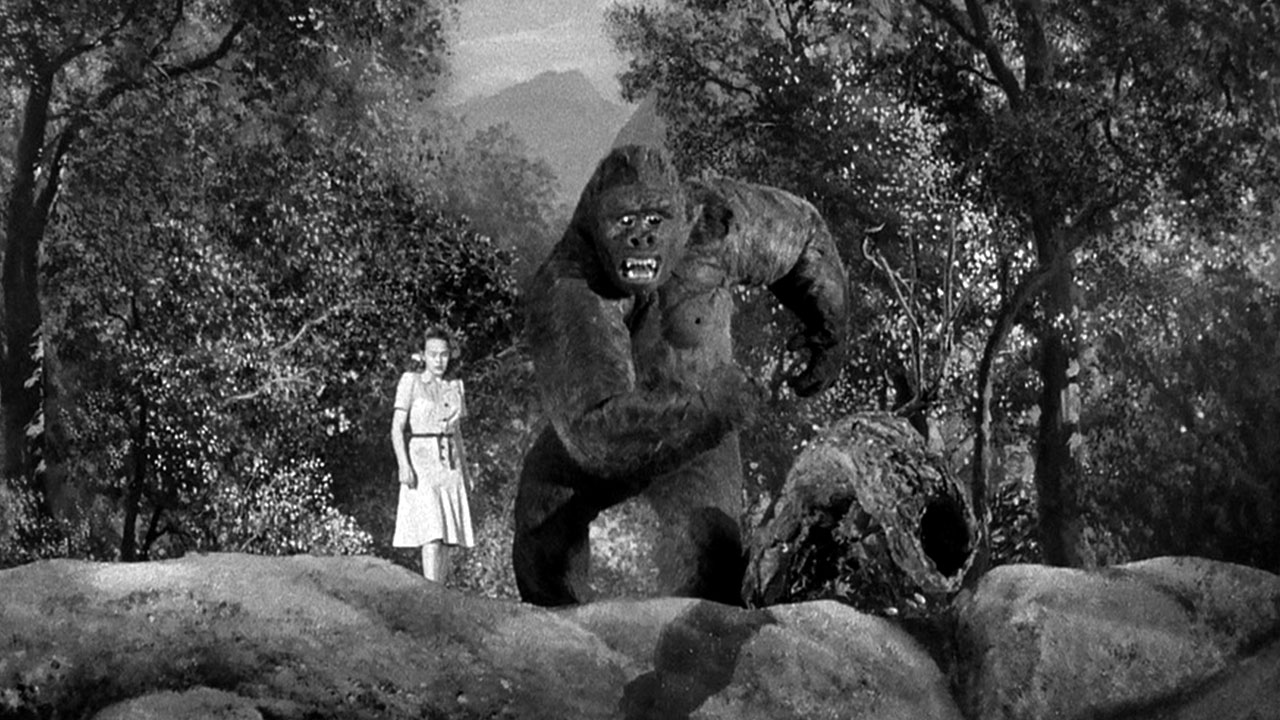 “King Kong” star Robert Armstrong apparently can’t get enough of large gorillas as he returns to work with writer Merian C. Cooper and Willis O’Brien for “Mighty Joe Young.” This time, we follow a young woman who has raised a gorilla from birth and is forced to bring said gorilla, “Joe,” to Hollywood in order to save her family’s ranch. Starring Terry Moore and Ben Johnson, this is a fun family adventure with some exciting action and a happy ending.

We mentioned earlier how Ray Harryhausen was inspired by Willis O’Brien’s work on “King Kong” and how, after creating a number of short films, Harryhausen’s path crossed with O’Brien’s. The two went on to collaborate on a couple of projects with “Mighty Joe Young” being their most well known and Ray Harryhausen’s first feature. In fact, it is reported that Harryhausen completed 90% of the animations himself. It certainly shows his prowess. Recommended. 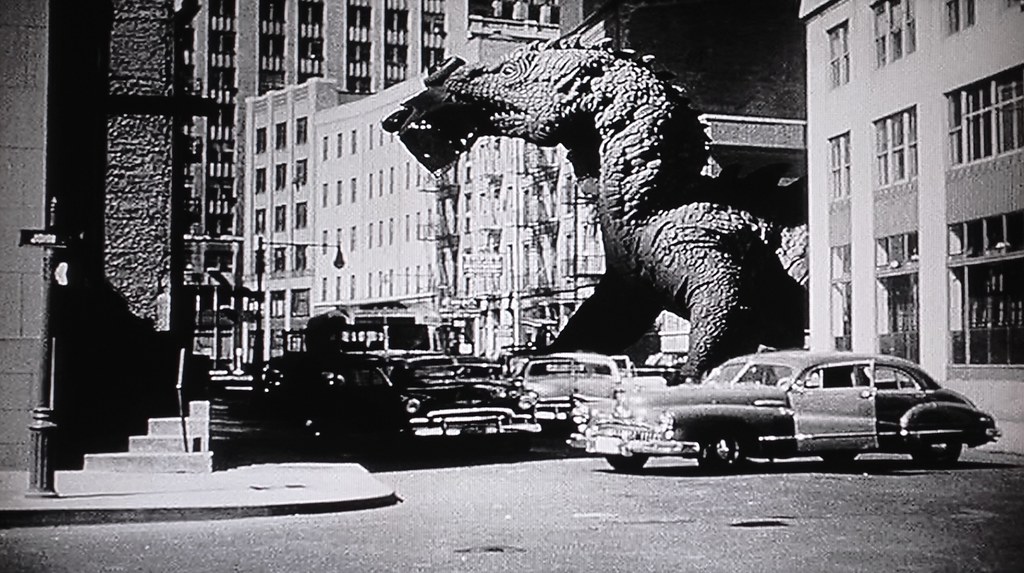 In 1953, Ray Harryhausen would have the opportunity to step up from assistant to technical effects creator. For his first project, Harryhausen was assigned to a film called “The Monster from Beneath the Sea.” At the same time, science fiction legend Ray Bradbury published a short story entitled “The Fog Horn” for The Saturday Evening Post. Having read the story, Harryhasuen convinced the producers to purchase the rights to Bradbury’s story and rework their existing script. This worked out quite well and led to a lifelong friendship between Harryhausen and Bradbury.

The “beast” featured in this film was an original creation from Harryhausen he called the Rhedosaurous, a four-legged creature that is almost nothing like the creature in the short story. The film contains similarities to Toho’s “Gojira” which would release shortly after, but is memorable enough on its own. Key sequences include one that was adapted from the original short story: the Rhedosaur emerges from the sea and takes apart a lighthouse. The other is the climatic final scene with an amusement park and a very young Lee Van Cleef. 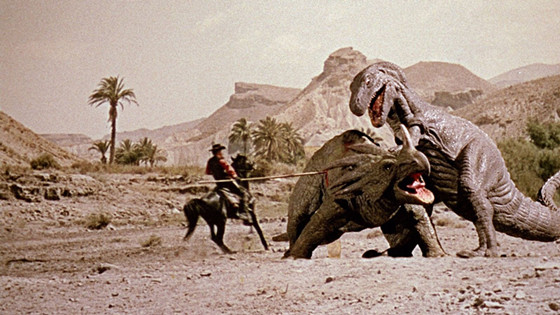 Deep in the heart of Wild West Mexico, a Forbidden Valley hides monsters from a prehistoric time in “The Valley of Gwangi.” A cowboy played by James Franciscus (“Beneath the Planet of the Apes”) captures an Allosaurus, or “Gwangi” as he’s referred to, and attempts to acquire fame and fortune when he puts it in a circus. Of course, this does not work out in his best interest.

Harryhausen is in top form here animating several dinosaurs as well as present day animals like an elephant and a horse. The plot of this film seems eerily similar to “King Kong,” Ray’s inspiration, but, arguably, the animation here surpasses O’Brien’s work. “The Valley of Gwangi” is Harryhausen’s fourteenth film and final one featuring dinosaurs. Highly recommended.