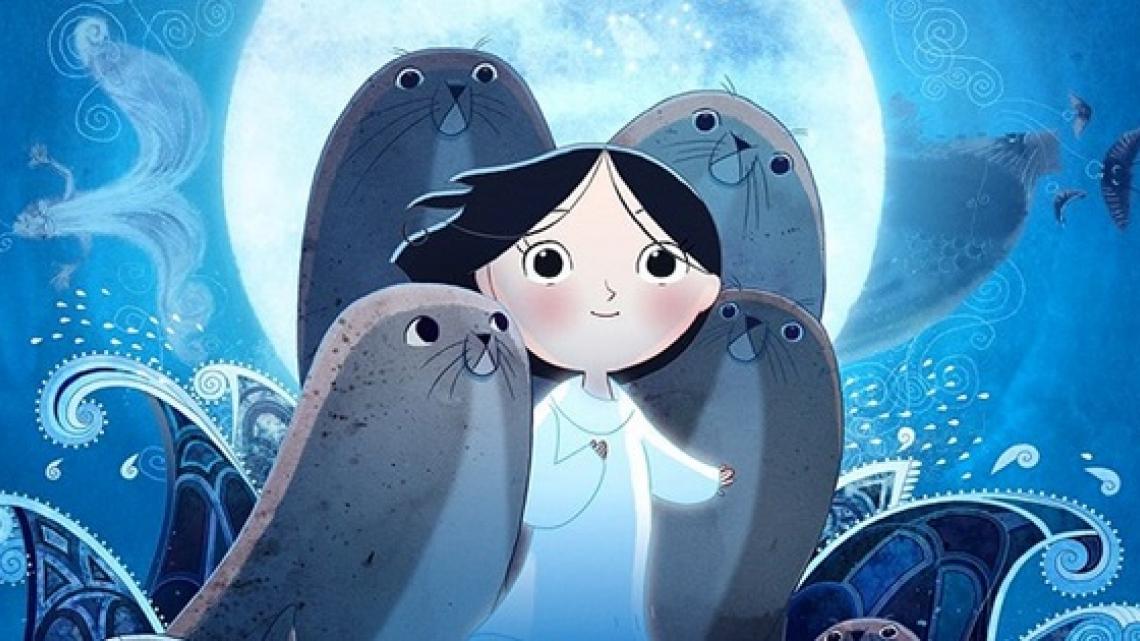 Animation isn’t a genre, it’s an art form. Sadly the general audience often does not realize this, resulting in less movies and funding. Which is extremely unfortunate, as animation is probably the best thing that ever happened to cinema.

Think about it, seventy-five percent of live-action movies coming out nowadays are practically animated because of all the CGI they use. Today we’re going to shake up Taste of Cinema by showcasing some you will hopefully enjoy, that may or may not have slipped past your radar. It’s hard to say though. Film fans are a tough crowd. Here are fourteen cartoons for you to chew on. (Not ranked in any particular order.) 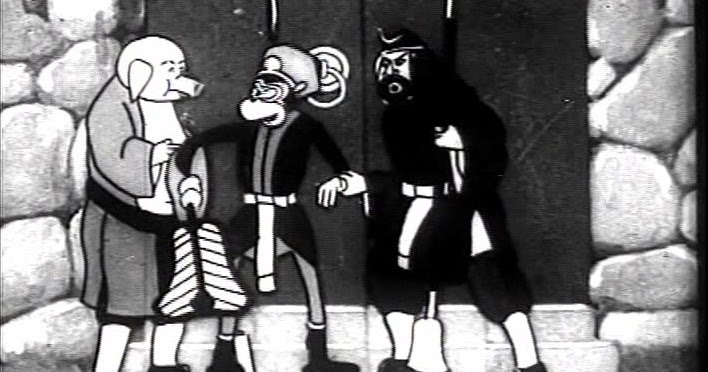 Ever since 1926, the Wan family twins were animation kings in China. After being inspired by Disney and Fleischer studios, they decided to make “Princess Iron Fan,” China’s first feature length animated movie, telling the tale of Princess Iron Fan, focusing on her duel with the Monkey King. “Princess Iron Fan” still remains one of Chinese animation’s finest achievements. You can see the whole thing on YouTube, and hopefully someone takes notice so it can have a properly restored release.

13. Ralph Bakshi’s The Lord of the Rings 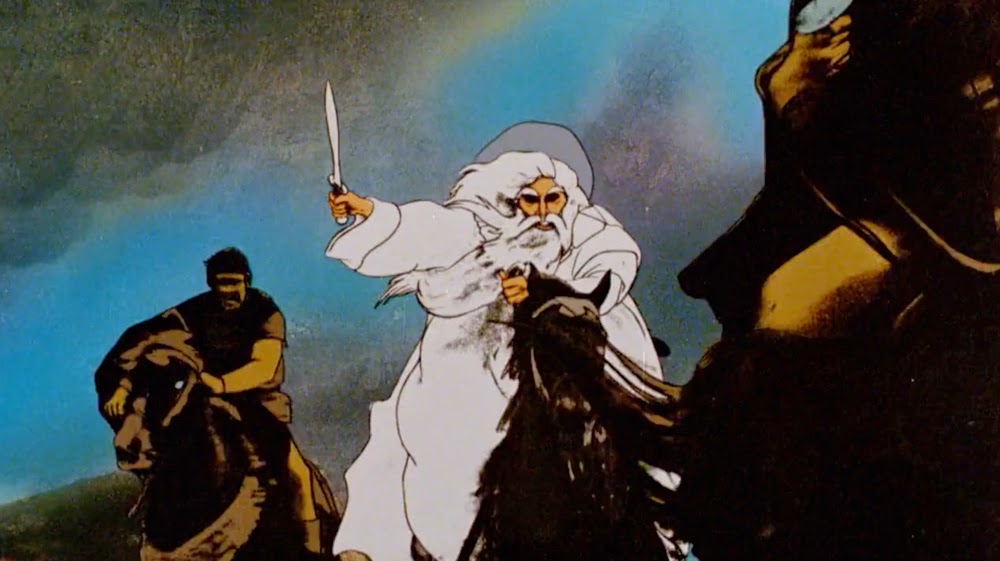 “The Lord of the Rings” doesn’t need an introduction, but for those of you living under a rock for the past century, here’s a little diddle.

The “Lord of the Rings” is a high epic fantasy book series by J.R.R Tolkien that changed the scope of the genre forever. It tells the tale of a little Hobbit named Frodo Baggins and his BFF Sam, and how they and several other comrades embark on a quest to destroy all evil via a mythical ring of power.

Before Peter Jackson made “The Lord of the Rings” an epic blockbuster, the infamous animator Ralph Bakshi (He was basically adult swim before adult swim, but better) already did way back in 1978. Bakshi even claims Jackson ripped his version off, and when watching you can tell he’s kind of right. Peter Jackson did put his own voice into Tolkien’s story, but he definitely stole from Bakshi’s take.

The opening prologue scene of “The Fellowship of the Ring” is strikingly similar to how Bakshi opens his film, as well as certain sequences, sets and character designs, namely the Lothlorien location, the Nazgul and Gollum. Jackson mirrored the way Bakshi’s Weathertop and Helm’s Deep action sequences were animated, and stole shots from Bilbo’s party scene as a homage to Bakshi’s film, although Jackson seems to have not given Bakshi too much credit.

Bakshi’s Middle Earth is a cross between his other transgressive exploitation works and Frank Frazetta. Here Tolkien’s world has a very lived in, gritty feel, while Jackson’s is more clean and photogenic. This most likely is due to the film’s multimedia nature, as it utilized a myriad of animation techniques clashing together: rotoscoping, cel-animation, and live-action.

Bakshi’s film is actually much more accurate to its source material, but unfortunately he only adapted “The Fellowship of the Ring” and part of “The Two Towers.” He could not finish what he started, and as the movie ends you can tell Bakshi was running out of money. Extremely tragic, because this movie is one of the most ambitious animated projects of all time. Hopefully we’ll one day be able to visit and alternate reality where his vision was fully realized.

12. Barbie as The Princess and the Pauper 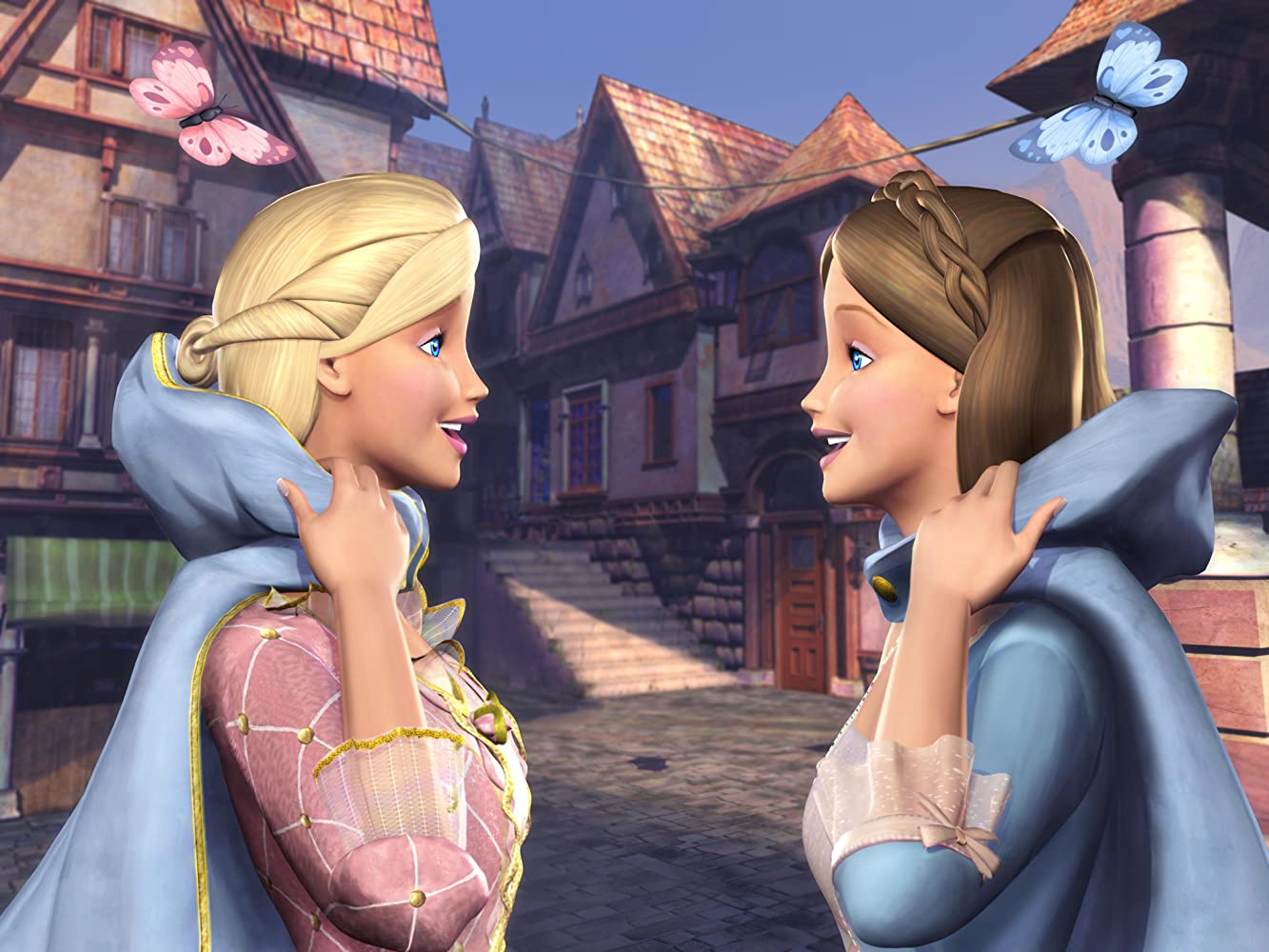 Princess Annaliese and poor village girl Erika clash when meeting at a market, and they both look exactly alike! After they burst into song, they both realize each has something the other wants: Erika is free from arranged marriages, and Annaliese has all the money she needs! After Annaliese is kidnapped by the cunning villain Premingner, the princess and the pauper switch places, and the lookalikes (and their cats) must work together to save each other

Yes, this is a Barbie movie- but it’s also a film that’s a feminist masterpiece. The Barbie Movies are an underdog in the animated world. The newer films have drastically improved their quality of animation, their best stories remain with their earlier 2000s flicks, and Barbie’s adaptation of Mark Twain’s classic tale is the cream of the crop. It’s the first musical of the Barbie film series, and boy, does it deliver! There’s just too much to gush about here; one could literally go on for hours, maybe even weeks, years, decades, centuries, millennia, eons, maybe even… eternity, about the greatness of this magnum opus that came out from the iconic Mattel toy.

First of all, this movie’s characters. They’re three-dimensional and moving. In Disney films you often get characters that fit neatly into cookie cutter tropes, but not here. We’re presented with people that act like people.

And the music… don’t get this writer started on the music… It’s Broadway tier! Composed fantastically by Berklee college of music composer Arnie Roth (Andrew Lloyd Webber who?), along with Amy Powers, Megan Cavallari and Rob Hudnut, and with instrumentals performed by the London Symphony Orchestra, some notable songs include “How Can I Refuse,” “Free,” “I am a Girl Like You,” and “To Be a Princess.” The voice acting and singing is great as well, and award winning Martin Short of “SNL” and “Three Amigos” fame steals the show as the repulsively lovable and over the top Preminger.

Overall, “Barbie as The Princess and the Pauper” is a snack that smiles back, a gift that keeps on giving. Grab some cookies and friends to enjoy this movie. When you tell your friends your watching a Barbie film they might think you’re a little dumb, but as soon as the credits roll, no matter who they are, no matter their race, ethnicity; whether they’re a frat-boy or sorority girl, a Tarantino fan or James Charles stan, a 45 year old manchild or an international art-thief, a cowboy or an indian, a horror junkie or an actual junkie, they will be head over heels in love with Barbie.

The women in this film are intelligent, strong, and have no need for princes to save them. We’ve had to wait until 2013 for Disney to understand this, and the Barbie Cinematic Universe was ahead of its time for almost a decade. This cinematic universe is one of the most overlooked in cinema’s back catalogue. These movies aren’t cheap cash grabs, they’re told by creatives with a genuine passion for out of the box ideas and storytelling.

11. The Films of Norman McLaren 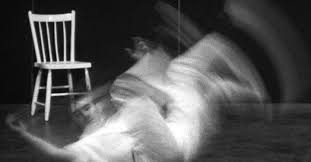 Norman McLaren is one of the greatest experimental animators of all time (if not the greatest), known for how he synchronized animation and sound. Watch his work, it speaks for itself. Born in Stirling, Scotland, 1914, McLaren had two great passions in his life: art and peace. And his art reflects this, bearing messages of anti-war and nonviolence.

His films, filled to the brim with messages of love are exciting and exhilarating when experienced, with an emphasis on message, movement, and the snap-crackle pop of animation. He also used people as stop-motion subjects, pioneering pixilation animation, in which frames from high-speed photography are isolated to exhibit stop-frame techniques. He also invented the travelling zoom Stanley Kubrick would later use on “2001: A Space Odyssey.”

McLaren’s notable works include the delightful “A Chairy Tale,” (a romance ballad about a man and the chair he wants to plop down on) “Begone Dull Care,” (a Jackson Pollock painting burst into life) “Neighbours,” (A pacifist piece inspired by his stay in a war tainted China) and “Blinkity Blank.” 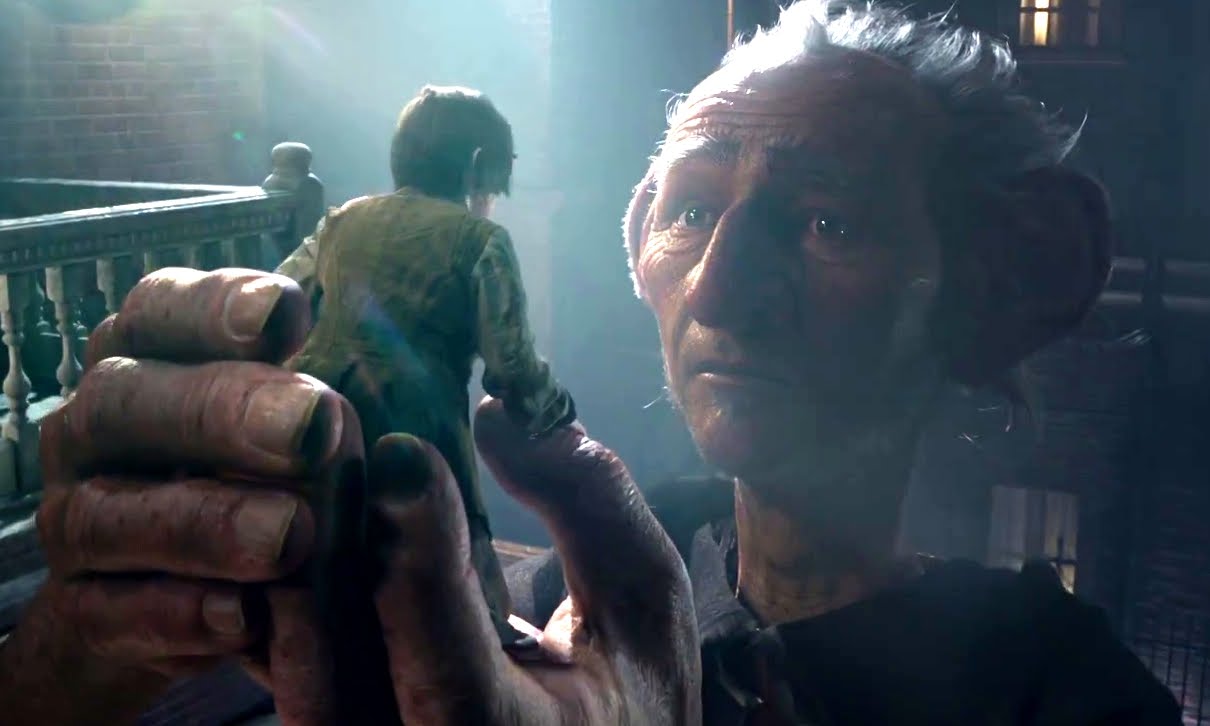 An adaptation of Roald Dahl’s iconic book, “The BFG” tells the story of ten year old orphan Sophie, who finds herself in a rare and strange predicament where she befriends a big friendly giant who collects and gifts good dreams to the world’s children. The animation is delightfully crude, just like the BFG himself!

“The BFG” is a sweet, macabre, whizzpopping fairytale fiasco that received a standing ovation of applause from Roald Dahl himself, which was quite the feat, because the author was infamously hard to please when it came to adaptations of his work. “The BFG” was Dahl’s most personal, as he was the Big Friendly Giant, blowing dreams to his daughters as he wished them goodnight. Let’s for a moment, forget about Roald Dahl’s extramarital affairs, and celebrate his inner beauty. 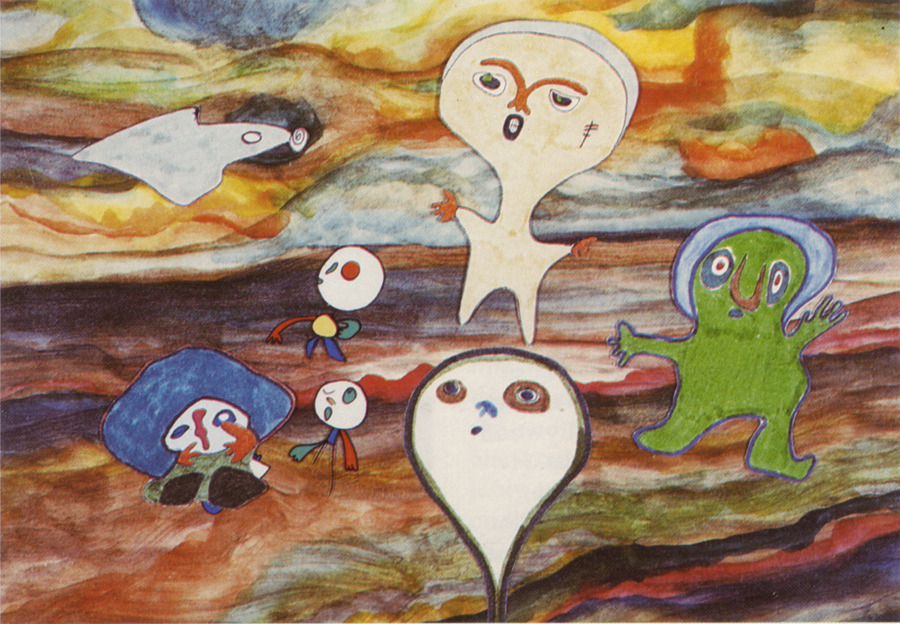 Musical Aliens and mythological figures watch Earth from afar. We watch Earth, and all its stories of creation through a variety of faiths. The Aliens see as Earth regresses into chaos and violence, pondering over whether it should be destroyed or not. Can Earth sing its cosmic love song?

“The Cosmic Eye” is an entrancing film due to its animation, stream of consciousness storytelling and visual style. The main theme of the movie is quite overbearing and heavy-handed, but it doesn’t detract from the mesmerizing visuals and atmosphere, the two things that make this movie so great. (I find nothing wrong with style over substance.) When watching, sometimes you wish the film would focus more on the abstract aliens and retelling of myths instead of the evils of humanity, but the message has genuine passion behind it, so I can’t complain too much.

“Cosmic Eye” director Faith Hubley is a voice in animation who deserves more recognition. She’s a great auteur that’s fostered a literal animation family with her collaborator and husband John Hubley. Their visual style takes on the appearance of a child’s paintings brought to life.

The Hubleys are fascinated with the childishly innocent and spiritually esoteric, which always results in some ecstatic experimentation! Their other works are also worth checking out too: “Moonbird,” “Voyage to the Next,” and “Cockaboody,” to name a few.

8. A Monster in Paris 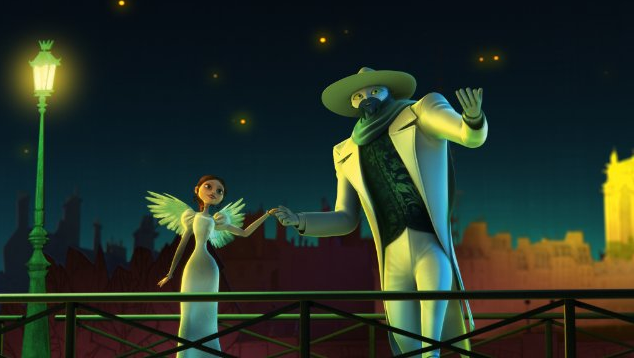 From French animator director Bibo Bergeron of “Shark Tale” infamy, “A Monster in Paris,” a charming gem telling the tale of four friends and their quest to protect a monster they accidentally created. The year is 1910, the setting, Paris, France. Avid film fan and projectionist Emile Petit spends his days as a coward. He struggles to switch reels in a movie theatre, fancying himself a swashbuckling action hero, wooing his crush and co-worker Maud in his daydreams- instead of in real life. Also, he looks like a miniature baby with a beard.

Emile’s best friend Raoul is a braver chap, but still quite the buffoon. Although he’s a handsome inventor (ahead of his time, but rather unskilled), desired by women and men all over Paris, he’s stuck in an imaginary romantic relationship with his delivery truck named “Catherine.” One day on a delivery outing with Emile, Raoul decides to barge into his out of town professor friend’s empty home. There they get on with the professor’s assistant, a monkey named Charles. Raoul fools around with the professor’s chemicals, resulting in an explosion that transforms a flea to a monster!

The clever and successful cabaret singer Lucille manages to pear into the monster’s pure heart and angelic singing voice, and she teams up with Emile, Raoul and Charles, who all grow as characters as they protect the monster from Paris’s murderous mayor.

“A Monster in Paris” is a fabulous film, with likable characters, a cute, whimsical story, cool steam-punk visuals and catchy musical numbers. In an animation market oversaturated by Disney, it’s a breath of fresh air.