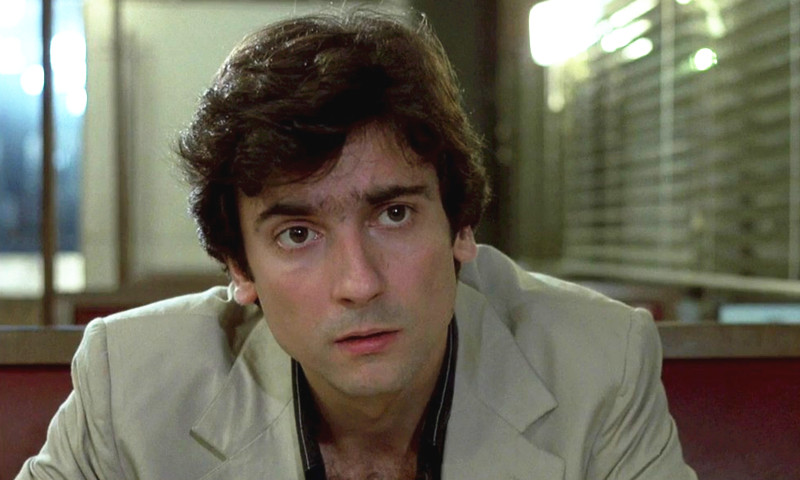 At Taste of Cinema we’ll be the first to admit that the term “masterpiece” gets tossed around more than a frisbee at the beach in July, often designated to films that are very of-the-moment but lack any kind of longevity or lasting resonance (this explains how high-profile Oscar winners like Forrest Gump, Crash and Green Book can initially win accolades only to be universally derided and mocked once the honeymoon is over). It’s with a little of that 20/20 hindsight that the following list has been made, looking back at fairly recent cinematic history to the American films that have left an undeniable and influential mark and yet, largely remain overlooked outside of niche audiences, often of fellow filmmakers or cineastes.

The 10 films that follow were released in the 1980s and in the years since have proven their influence and artistic merit, guaranteeing startling reveals, original and/or reworked expressions and ideas that may well become your new cinematic obsession. Enjoy! 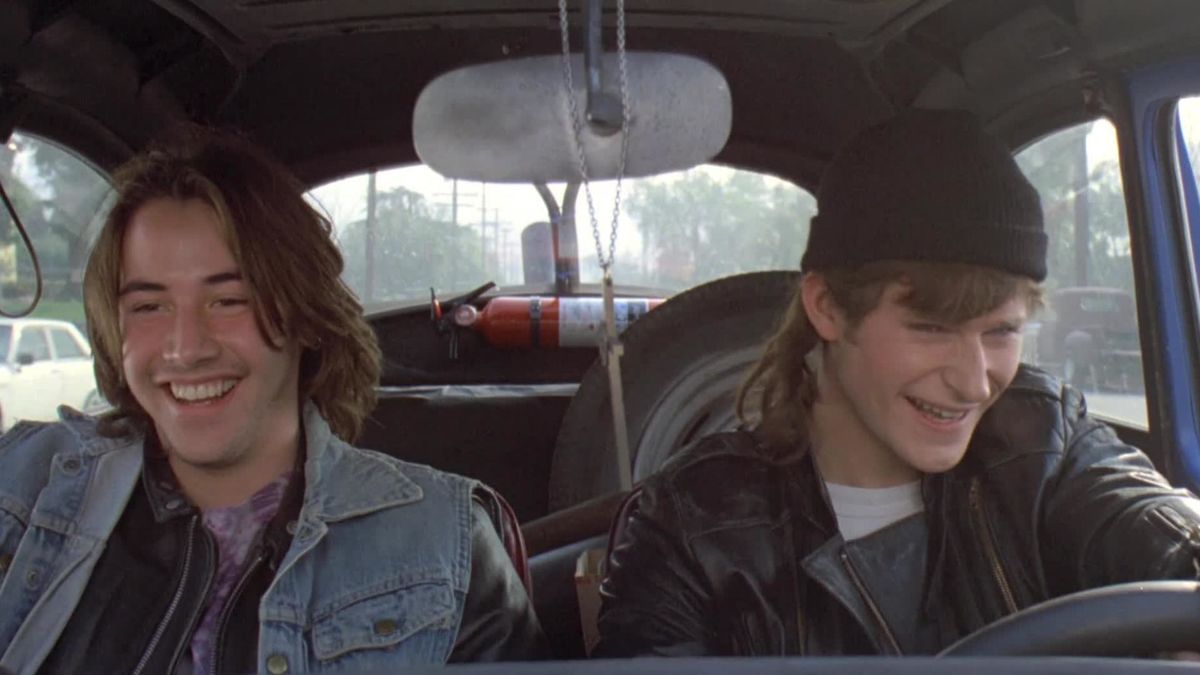 Winner of the 1986 Independent Spirit Awards for Best Picture, this alarming tale of aimless youth from director Tim Hunter and screenwriter Neal Jimenez is a haunting and agitated tale of deeply wounded Americana and damaged adolescence.

Set in a sleepy California whistle-stop, Daniel Roebuck is flat-out frightening as troubled teenage burnout Samson ‘John’ Tollet, who has just murdered his girlfriend, Jamie (Danyi Deats) and left her naked body on the river bank just outside of the sticks. Inspired by true crime events, Samson shows little remorse in his terrible misdeeds and brings his buddies to ogle Jamie’s corpse.

The leader of Samson’s rabble of pals is Layne (Crispin Glover, excellent), who wants the gang to keep quiet about the murder to protect their pal, but this doesn’t sit well with them, especially for sensitive couple Clarissa (Ione Skye) and Matt (Keanu Reeves), who are itching to let the authorities in on the nastiness and bring some kind of peace to their dilemma. 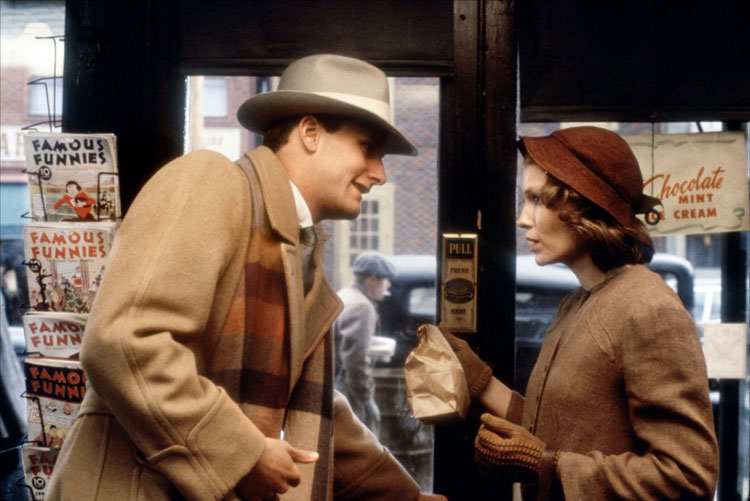 Exploring the ways in which movies interact with “real” life via surreal farce is part of the light appeal to Woody Allen’s surprising 1985 comedy adventure The Purple Rose of Cairo.

Cecilia (Mia Farrow) is a fragile, wistful hash-house waitress trapped in a dead-end job and an abusive relationship with an undeserving, two-timing a-hole of a husband, Monk (Danny Aiello). Cecilia finds escape as an avid moviegoer at the Jewel Theater where she’s particularly drawn to this week’s latest adventure feature, “The Purple Rose of Cairo” and one of its stars, the handsome and ever dashing Tom Baxter (Jeff Daniels).

Cecelia watches the film again and again when suddenly, and improbably, Tom steps right out of the film to join her in the real world. As the film unfolds, Cecelia is pursued not just by Tom but by Gil Shepard (Daniels, again), the actor who portrays Tom, and equal portions of heartbreak, hilarity, and nostalgic inflection arise. Considered, particularly by European critics (in America it was largely ignored), to be one of Allen’s more surreal and sweet showpieces, it’s a magical and courageous film, and a sterling example of his best work. 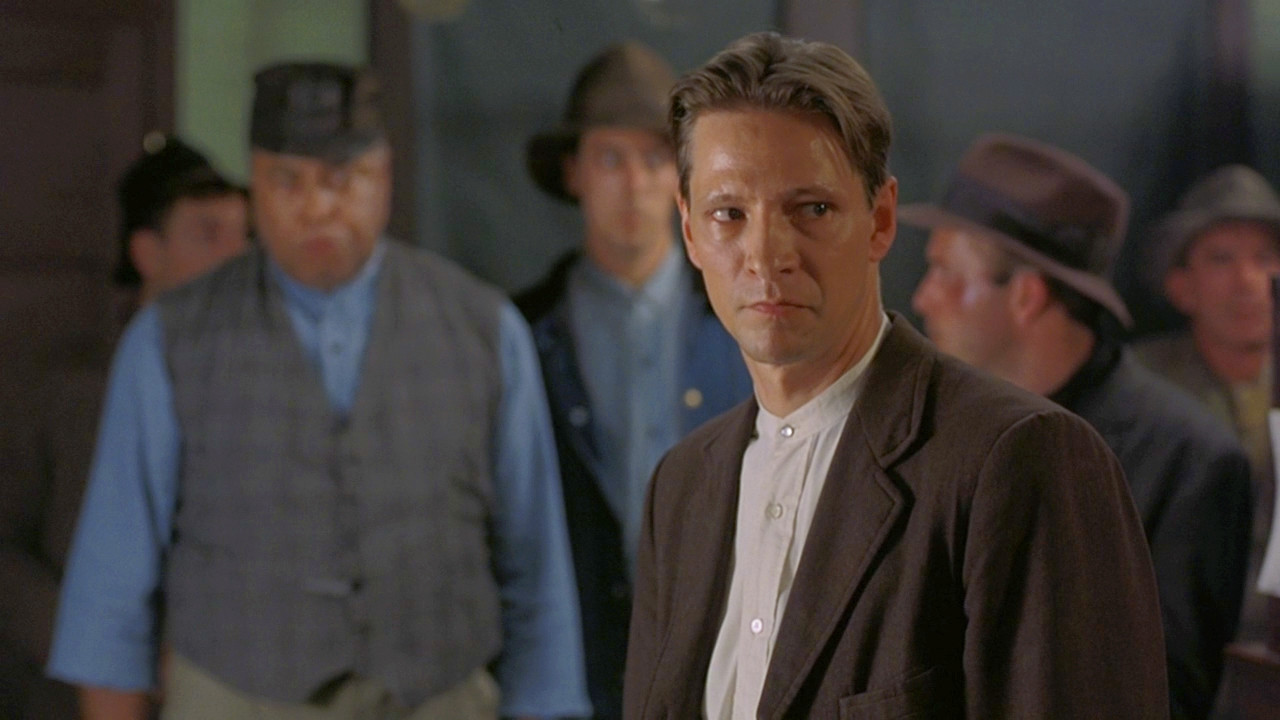 Writer-director John Sayles (Lone Star) was never better with this utterly engrossing and absolutely wrenching historical drama focussing on the titular coal town in West Virginia where the exploited and mistreated local miners, trying to unionize, go on strike. Chris Cooper, who would go on to co-star in much of Sayles’s work, here makes a startling debut as Appalachian-born union organizer Joe Kenehan. Joe has his work cut out for him as the coal company uses violent means to quell unrest, and thier mixed-race workforce, just as easily at odds with themselves as with the greedy Stone Mountain Coal Company.

Sayles populates his tale of the Matewan Massacre with an atypically awesome (for him) cast that includes Will Oldham, James Earl Jones, Mary McDonnell, and David Strathairn, as well as having Oscar-nominated cinematogrtaphy courtesy of Haskell Wexler. Matewan often has the appeal and power of a great western, told with a disarming straightforwardness, with a wisp of nostalgia, and then a blast of brutal realism. Rarely is American history, ugly and abrasive as it is here, told with such gravitas and sympathy, making for what Boston Globe critic Jay Carr described as “[in its] grave clarity, Matewan is as pure and plaintive as a mountain ballad.” 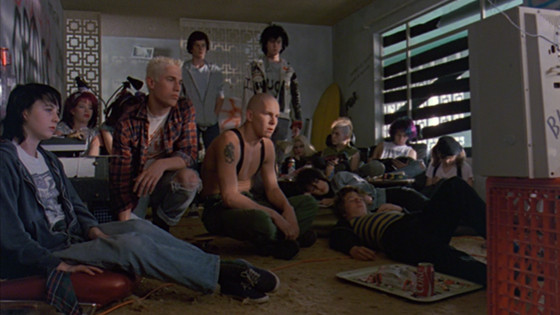 Shortly after the success of The Decline of Western Civilization in 1981, filmmaker and “rock ‘n roll anthropologist” Penelope Spheeris maintained her fascination with the punk scene and so she set about writing and directing her first narrative film, 1983’s Suburbia. “A clear-eyed, compassionate melodrama about a bunch of young dropouts who call themselves ‘The Rejected’ or, for short, the TR’s,” raved New York Times critic Vincent Canby, adding that the film is “probably the best teen-agers-in-revolt movie since Jonathan Kaplan’s Over the Edge.”

As Suburbia unspools it’s easy to see how this tale of runaways and retribution inspired so many filmmakers in the decades to follow. From vicious and lethal attack dogs, to angry, mislaid youth and overwhelming despair impelling extreme action, this is not a film to be taken lightly, especially when considering the prophetic nature of Spheeris’s work. In a film populated by subjugated suburban punks who squat in abandoned tract homes, these neglected and rejected kids form a family, of sorts.

The largely likeable rabble are portrayed by Bill Coyne, Timothy O’Brien, Chris Pedersen, and Flea, and once their hard to ignore presence is known in the slated for demolition suburb they now call home, things get ugly. Not as empty as their ‘hood appears, the remaining neighbors don’t take kindly to the mohawked misanthropes in their midst. Soon these spiteful adults are organizing a gang of redneck vigilantes to shit stomp the punks. But these TR kids won’t go down without a fight and they’re craftier and more clever than any adult gives them credit for.

So many aspects of this gritty, ugly, determined, and credible punk rock chronicle work, the cast of actual punks, almost all non actors, adds an honesty and a palpable nostalgia that other Los Angeles-set films of the period lack. Angry, violent, and unfeigned, Suburbia is the real deal. 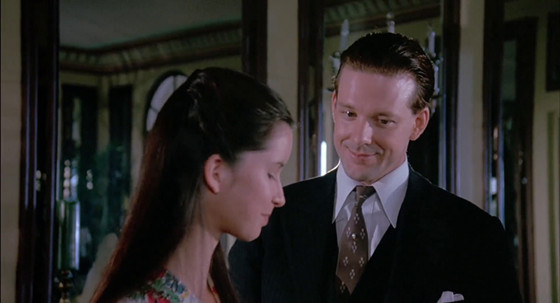 Inspired by compelling true events, Eureka tells the story of a Klondike prospector who hits it rich, the fictional Jack McCann (Gene Hackman), based off of Sir Harry Oakes, who was murdered in the Bahamas, on an island he owned back in 1943. In Nicolas Roeg’s film, Jack’s tale jumps back and forth through his life, and we find his dynasty from the gold rush put in jeopardy as his adult daughter Tracy (Theresa Russell) and her husband Claude (Rutger Hauer) scheme away to usurp his fortune, even his soul.

Simultaneously to this almost Shakespearean betrayal are a pair of greedy, mob-tied investors Mayakofsky (Joe Pesci) and Aurelio D’Amato (Mickey Rourke), but even they seem subdued compared to Jack’s own inner demons.

As beautiful, bizarro, and byzantine as Roeg’s finest films, Eureka is a film in need of a reappraisal. “One of the richest movie labyrinths since Citizen Kane,” writes Film Comment’s Harlan Kennedy, and how right he is! It’s another dizzying tour de force, and perhaps an unexpected one. “What Roeg brings to the party is a flair for the sensational,” enthused Roger Ebert, “for characters who are larger than their weaknesses, who are connected to great archetypal forces.”