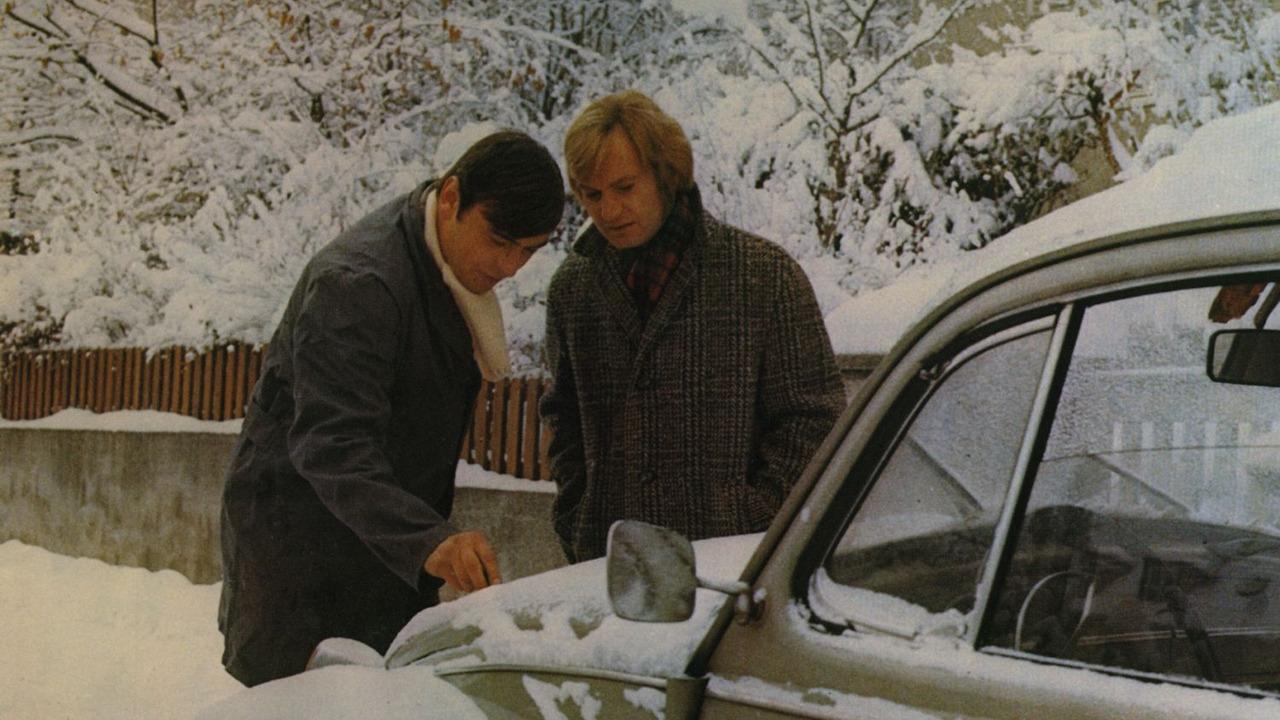 One of the most defining examples of minimalism in cinema, Why Does Herr R Run Amok? is really not what you’d expect from a film about a man being driven to kill his entire family. The film very nearly (but not quite) follows the tenets of the minimalist filmmaking style Dogme 95: shots are done entirely with a single handheld camera, with no artificial lighting and only diegetic music. Dialogue is very naturalistic, with lines often running over each other, and for the most part, we mostly just follow some extremely mundane scenes of the dry, middle-class life that the titular Herr R lives, and the seemingly insignificant and petty daily struggles that ultimately bring his life to its tragic climax.

And that, ironically, is the main aspect of this films weirdness: the mundanity of its subject matter. There are few films out there that genuinely create the sensation of being a fly on the wall the way that this one does. We don’t feel as if we’re being fed a neatly trimmed version of Herr R’s life, with all the exciting bits highlighted for our convenience; we feel as if we’re watching it all in real time, the highs and the lows – and, most of all, the long flat stretches of nothingness that chiefly define his painfully grey existence. It’s realism to a degree that most movies don’t dare even attempt, due to fears of boring the audience. Herr R, however, has no pretences of being a form of escapism, and puts accurate reflection of reality well before digestibility. In that sense, it’s likely to be one of the most unusual films you’ll see. 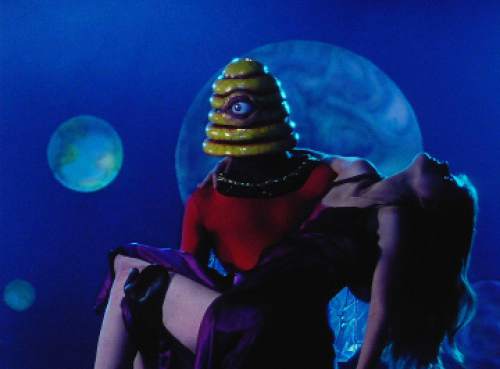 This film’s only real connection to Ed Wood’s infamous Plan 9 From Outer Space is in its title, and some general themes of campy sci-fi. But that hardly means it isn’t an oddball.

Written and directed by Trent Harris, something of a defining figure in the world of weird, quirk and obscure independent American cinema, Plan 10 From Outer Space’s main thematic element is Mormonism – a fitting topic, really, considering it’s shot and set entirely in Salt Lake City, making full use of the city’s sunny streets and distinct, often kitschy landmarks. The plot itself taps into the extremely unique mythology of Mormonism to tell a thoroughly un-serious tale of ancient aliens and polygamist conspiracy. The film’s relationship with Mormonism is a strange and rather complex one, clearly poking fun at the religion and its cultural elements while, at the same time, showing a nostalgic familiarity with it.

Either way, this film starts out strange, and gets odder from there. The film’s budget is limited, but the filmmakers are clearly aware of this; and the thrift store outfits that the oddball characters and aliens wear, or the simplistic effects used to portray the beehive-themed alien spaceship flying over Salt Lake City, all lend the ludicrous plot a level of unrealism that make it feel almost like a farcical stage play, but one that never pokes fun at itself too obviously. It’s probably the first and last time you’ll watch a film about how alien bees played a role in Mormon history, but it’ll present that scenario with all the tongue-in-cheek absurdity you’d expect. 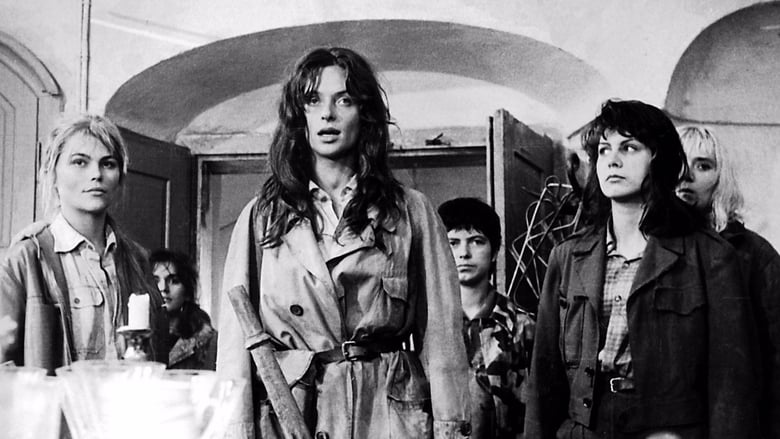 Soviet-era science fiction is a fascinating subgenre all on its own. Authors like Stanislaw Lem and the Strugatsky brothers, alongside filmmakers like Andrei Tarkovsky, established science fiction out of the Soviet bloc as a fair bit less glitzy and much more cerebral, but just as rich in imaginative contemplation of the directions that our ambition and advancement will take us as a species.

This particular outing from Czech director Jan Schmidt is a slow-burn minimalist effort even by the standards of the Soviet sci-fi; but it’s an approach that works tremendously well for the subject matter. Following the simple story of a group of young women being led through the remnants of civilisation by an elderly matron some decades after an apocalyptic event, the movie opts for a Tarkovsky-like pace, with lengthy periods of silence, and slow, lingering shots taking in the ravaged and empty countryside.

The plot is minimal, and the film overall largely uneventful; and while it might not be called an eventful watch, it does a tremendous job of evoking the feeling of a nomadic life in a post-apocalyptic world – the long periods of nothingness and aimless wandering, and the echoing silence of an empty world.

The End of August At The Hotel Ozone feels very much like a natural product of post-War Eastern Europe. It boasts a tone of bleak hopelessness and lack of faith in the future of society that must have resonated greatly with a nation that had been ravaged by both the Nazis and the Soviet government. The film is extremely light on plot, explanations, or even character development, instead prioritising atmosphere before all else. It’s a very particular perspective on the standard post-apocalyptic scenario, and one with a tone of sobering grimness that’ll resonate with you long after the film has concluded. 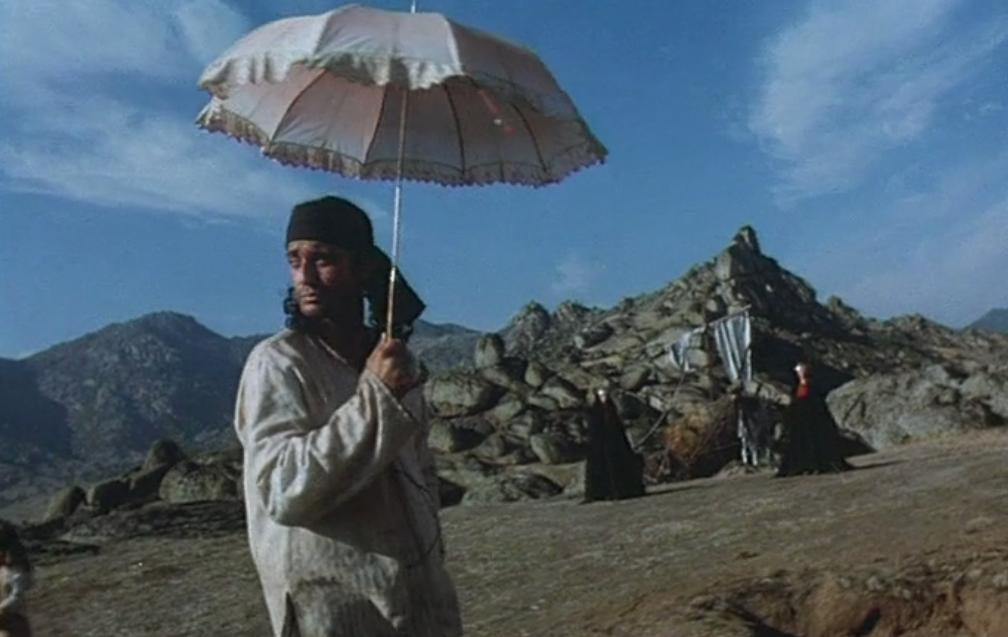 Like Hotel Ozone, this movie is a surreal spin on the post-apocalyptic scenario. Unlike Hotel Ozone, however, which played on the bleak outlook of a nation ravaged by war and dictatorship, Goodbye 20th Century, in a demonstration of how public fears alter with the years, instead reflects that pre-millennial anxiety about the changes that would be brought about by the dawning of a new millennium.

The film plays out in two parts. The first takes place in an apocalyptic wasteland, where a man named Kuzman discovers he cannot die, and enters into a gunfight with a cackling man dressed like a comic book villain. The second takes us back to New Year’s Eve of 1999, where a man dressed as Santa Claus is drawn into the bizarre, ritualistic funeral that his landlord’s family is holding for a deceased relative as the approach of midnight heralds some apocalyptic event.

The whole thing is very bizarre, and seems mostly built around absurd individual scenes (women mourning a man with hand-puppets, a couple having sex in a bathtub filled with apples, a funeral held in a ghostly white room). It’s the sort of film that gives the impression of having a recurring theme, and perhaps even a plot, buried underneath all of the non-sequiturs and absurd slapstick humour, but one which will require multiple viewings, close attention, and quite possibly a thorough understanding of the political situation in 1998 Macedonia to properly understand.

This is very much one for hardcore weirdness fans looking to explore just how creative unknown directors with a creative vision and a limited budget can get with their onscreen imagery; but for that particular crowd, it’s very much worth seeking out. 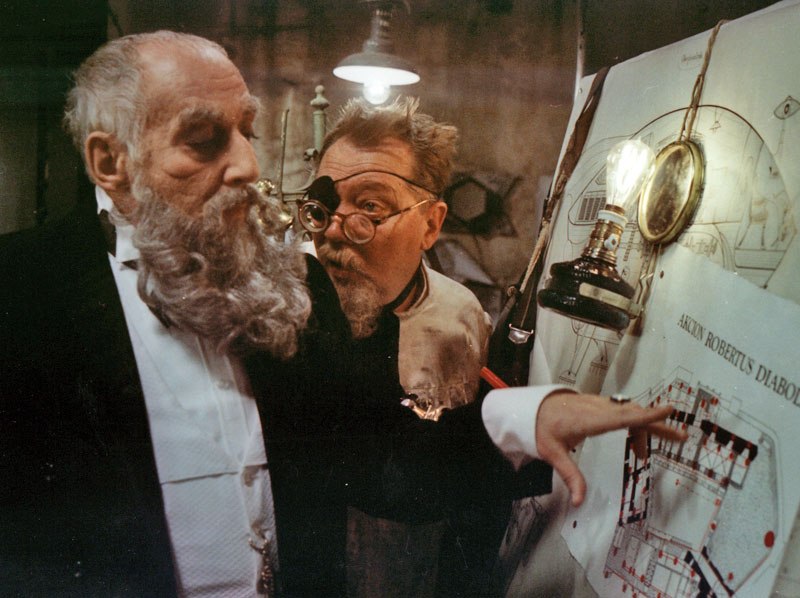 Despite what the name might incline you to think, this isn’t another movie about Dracula’s castle. Rather, it’s a Czech adaptation of a lesser-known Jules Verne novel – one which sets up what seems to be a rather standard tale of supernatural terror, but which eventually explains away all the plot’s frightening phenomena through science and rationality – an approach to be expected from Verne.

This particular adaptation chooses to play the plot as a comedy; it’s almost Mel Brooks-like, with slapstick comedy playing out against a classic setting. This approach, however, goes even deeper into surreal and absurd comedy than Brooks ever did – not only does it feature an opera singer whose voice can cause ceilings to cave in, or wireless cameras powered entirely by steam, but it makes them major factors in the plot. It’s a curious approach to adapting an author known for building most of his stories on logic and scientific theory; but somehow, it makes it work very well, in a way that’ll leave you simultaneously laughing and scratching your head.

This list probably encompasses only a tiny fraction of the countless unusual, surreal, experimental, and generally bizarre movies out there that break all the conventions of cinematic narrative and framework. Unfortunately, the vast majority of them are just too obscure, too unmarketable, or too poorly preserved to be encountered by any more than a handful of lucky viewers. Nonetheless, as cinephiles, we owe it to ourselves to go out of the way to find films that really push the boundaries; whether we ultimately enjoy them or not, they serve as a tremendously important reminder that what we consider a “normal” film represents just one of many ways to make a movie.