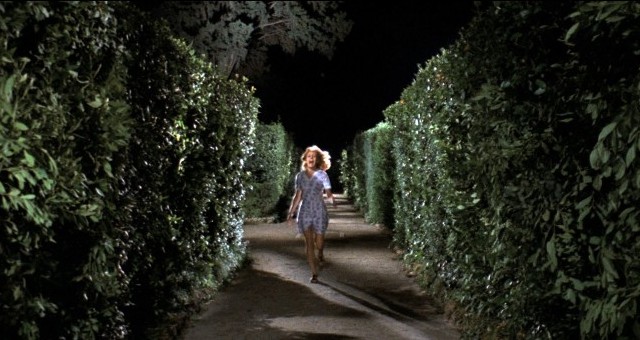 The Giallo sub-genre is another example of a similar logic, where old tropes pass through a surreal imagination and create something very eclectic as a result. In Giallo, detective fiction, horror, slasher and sexploitation usually converge with extremely fun results. With Dario Argento’s Four Flies on Grey Velvet (1971), as with most of Argento’s movies, the mysterious murders that take place in the film are never really the point. In fact, solving mysteries are usually summed up, sometimes arbitrarily, in the last five minutes, just to give the film a sense of resolution. And of course they’re never fully resolved.

In Four Flies, Roberto Tobias (Michael Brandon) is blackmailed by a mysterious figure who dons a tuxedo and a mask with a child-like grin. The masked figure is aesthetically fun and offers us a campy distraction from a narrative which never seems to progress. We have tropes employed for the sake of tropes, and as a result they don’t fulfil their purpose, in a narrative where detective-style storytelling is eclipsed by spectacle and strangeness. Roberto’s friends, the rugged truth-talking Godfrey, who lives on the brinks of society with a hapless philosophical eccentric, ‘The Professor’, seem like caricature, pulp-fiction archetypes more so than real characters. Their presence seems comically at odds with the world in the film. And the moments where the film plays into its genre are usually done so in such a spectacular way, that it transforms the moment into something prolonged and abstract.

The concluding scene has the killer flee in a car, only to have it crash into the back of a truck. This explosive catharsis is turned into a slow mo ballet of broken glass, trance-like, almost sentimental. Argento’s films work in mysterious ways, where old genres and types keep resurfacing as something altered, perpetually self-parodying, but nevertheless exuberant. 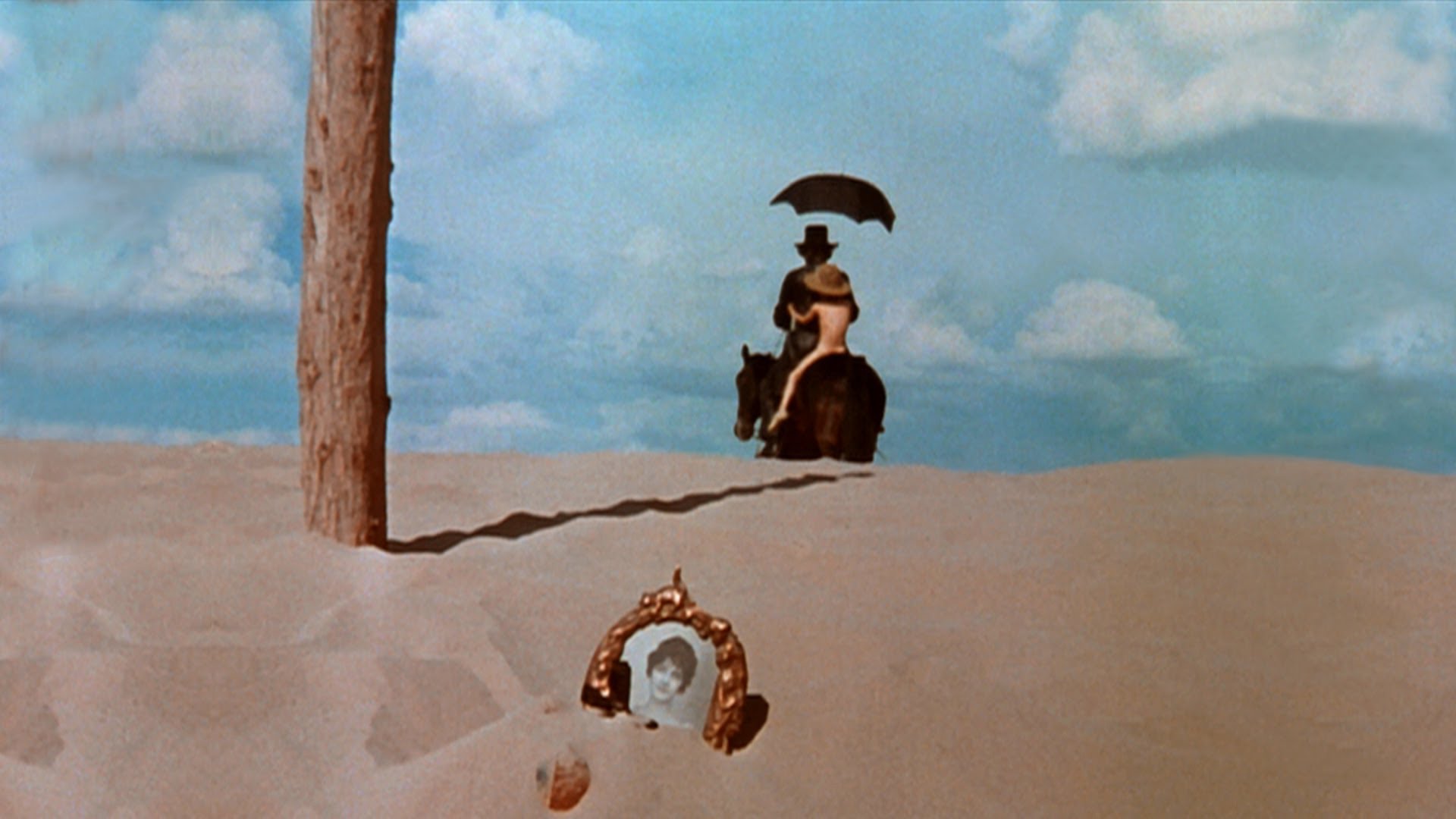 Jodorowsky’s El Topo (1970) was such an extravagant defiance of form, that a new genre was coined specifically for it – the Acid Western. Unlike prior Western films, the internal landscape is as important as the geographical one; dream and reality have a much more chaotic relationship with one another, inheriting the aesthetic sensibilities from the counterculture of the 60s. Its no surprise that Dennis Hopper was a huge fan of Jodorowsky, his Easy Rider (1969) relying on Western tropes and reusing them in a more contemporary American landscape, with horses replaced by motorcycles.

El Topo’s path to enlightenment is guided by Zen and psychedelia, drawing attention to the misguidedness of traditional Westerns. Whereas the traditional Western sees the journey west as a road to expansion and liberation, Jorodowsky’s film seems to self-referentially decry this old method as capitalistic, imperial and self-destructive. Good and evil is no longer associated with good white Americans and dark, evil American Indians. The acid western fuses spectacle and critique quite unlike other genres. El Topo is a film that wants to grow out of the old structures that have shaped it, and take the viewer down a different road entirely. 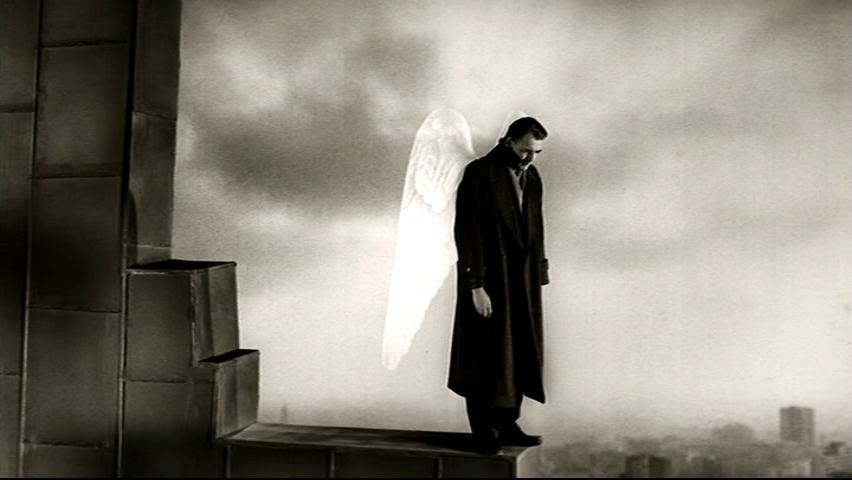 Wim Wenders’ film Wings of Desire (1987) breaks from urban realism into urban surrealism, having fantasy and the supernatural coexist in a world of smokey, black and white Berlin. As oppose to a film like It’s a Wonderful Life or A Matter of Life and Death, films which Wenders has credited as inspirations given the similar use of angels, Wenders’ film doesn’t draw attention to the supernatural elements of the film. The angels coexist with humans; watching them though unable to be seen, they’re like any human stranger in the city, walking along in a state of anonymity. In fact Wenders turns his angels into Film Noir-like characters; they sport trench coats, hard faces, with a German wintry demeanour, and they long for coffee, cigarettes, a woman’s love, the things their immortality denies them.

Wenders’ filmography is interesting in the way he tries to blend German cinema with his own love for American cinema – he put his own spin on the road movie, the Western, the gangster picture. His film The State of Things (1982) is wonderful in how it’s mostly a remote drama of relationships, and yet the last twenty minutes of the film introduce a random mafia subplot. This moment of sleazy pulp fiction tries to reconcile itself with Wenders’ more metaphysical dialogue. It’s strange and fascinating to watch.

But returning to Wings of Desire, the film is really composed through a series of sub-plots – there’s no major story. We follow two angels as they comfort the despairing members of the city – and one of the angels (Bruno Ganz) falls in love with a trapeze artist (Solveig Dommartin), which brings about his longing to be human. But these plots are never invested with enough momentum to dominate the film – which works to the film’s advantage. Each moment is imbued with its own independent sense of awe and wonder.

The film is romantic, supernatural, urban, but it really doesn’t fulfil a genre necessarily, rather these aspects of the film become signposts through which the angels wander, overlook, and desire things which seem unobtainable. It’s a film about wandering, about longing, something which seems to unite the mortals and the angels. 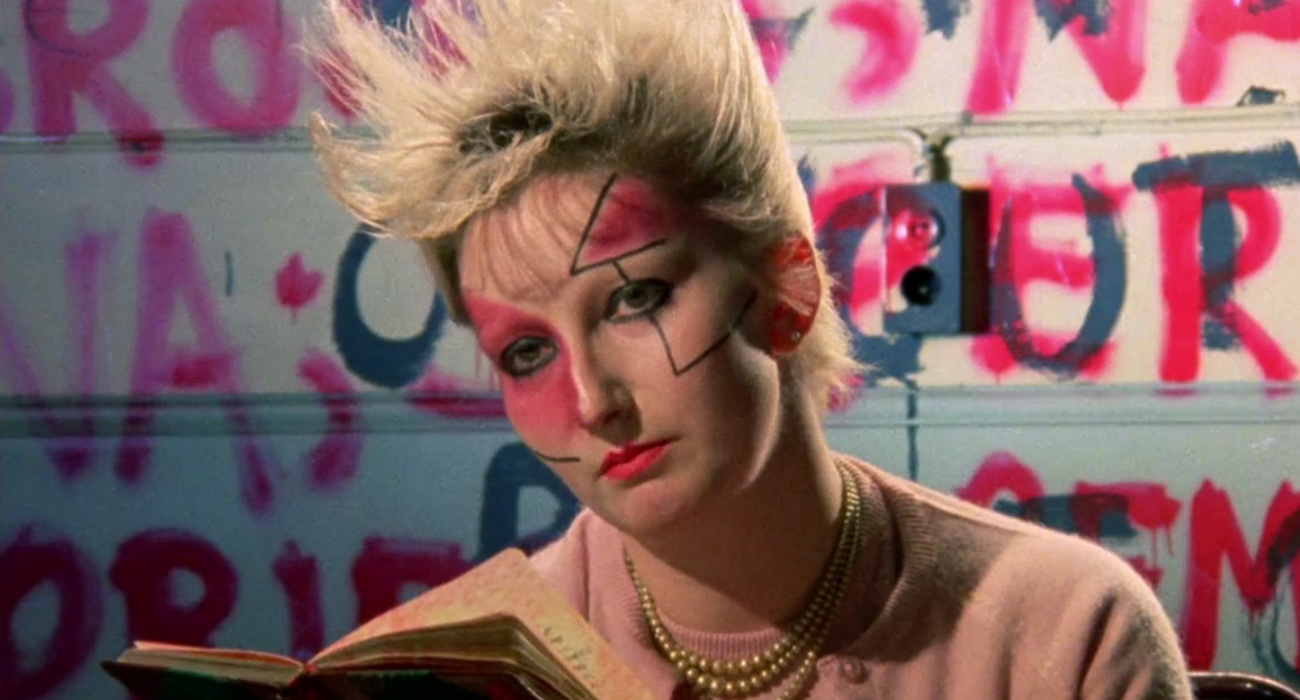 A part of New Queer Cinema, Derek Jarman’s films typically have a DIY aesthetic, low-budget, innovative, camp, undergroundish. Jubilee (1978) was his shout out to the punk movement, and it’s hard to tell if punk becomes a genre of its own through Jarman, because it feels as though nothing else quite fits. The film is borderline nihilistic, in the way it follows a group of apocalyptic punks through the ruins of 70s Britain. Jarman’s punks hold mock-history lessons for each other, more or less advocating the death of history, of desire, of thought without action. They live for ephemeral joys – sex, violence – which resemble something more from porno than typical Hollywood romance movies.

The film appears to fit into a dystopian genre, as London is depicted as the emaciated leftover of a city, where pornographers and celebrity impresarios govern culture. It’s a bold, salacious and exciting set of scenes (again, a generally plotless film, Jarman having a preference for non-linear storytelling). But this makes sense in a film which is on one hand, preoccupied with the nihilistic death of history – and on the other hand, seems fascinated in recreating history.

Typically Jarmanesque, we have the past and present coming together in a single film. Queen Elizabeth I is transported from her time period and brought into contemporary Britain, overlooking the future of her country. Her ethereal guide through the modern world is none other than Ariel (a spirit from Shakespeare’s The Tempest). Like Private Idaho, this blend of the transhistorical makes a timeless issue of things like social breakdown, governance, violence, and desire. The DIY style of Jubilee creates a documentary-like quality; we have a fly-on-the-wall style insight into their private and domestic lives. As with many other films that belong to New Queer Cinema, the film is constantly shape-shifting, creating a timeless mosaic out of British culture. 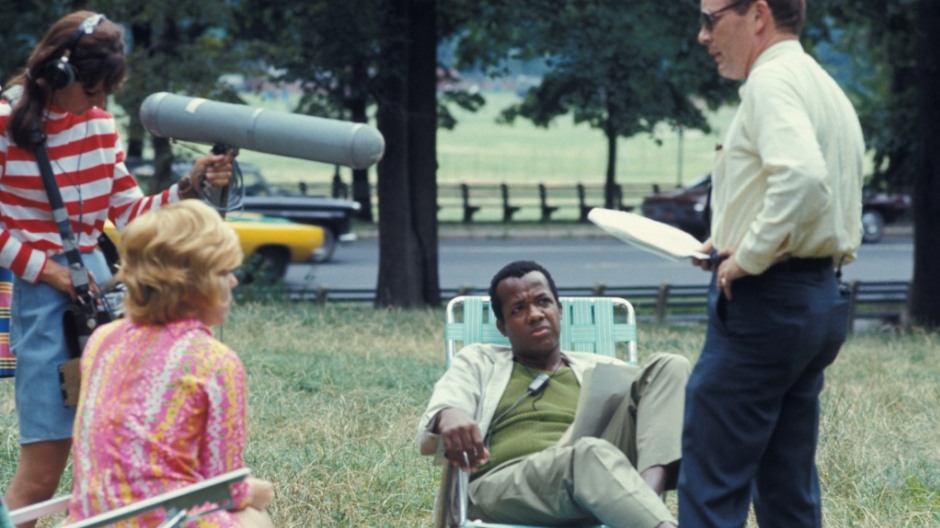 Symbiopsychotaxiplasm: Take One (1968) still seems radical today. The director, William Greaves, and his film crew were making a film in central park. However the film we’re watching happens to be a documentary about the making of the film within the film. But whereas Wenders’ The State of Things flirts with meta-fiction, Symbiopsychotaxiplasm isn’t a piece of docufiction (like, say, Woody Allen’s Zelig). Instead, Greaves asks one part of his crew to film another part part of the crew as they work on the film within the film. And then he has a third part of the crew to record the second crew who are recording the first crew. In short, it becomes very complicated, very quickly – a circular meta-documentary about a documentary about a documentary. This may sound tedious but the sass and strength of the various personalities make it a wonderful watch, with Greaves playing himself as the director, and yet is it really himself?

The line between fiction and reality are so exciting severed in Symbiopsychotaxiplasm, that the very idea of categorising the film becomes as absurd as the film itself. And in a way, this brings new life to the film. Greaves was himself hesitant about typical Hollywood acting which he found unnatural and forced; and his dialogue, whether improvised or not (its impossible to tell) has all the freshness and spontaneity of a Cassavetes film. In discarding the need to categorise the film, challenging the labels that we so often think we need to grasp, Greaves creates a new model of reality, of filmmaking, neurotic but intoxicating.

All of these films have been examples of filmic worlds that exceed the genres that they supposedly belong to, breaking away from expected norms. But at the heart of each film is a desire to belong to the genre on one hand, and an acknowledgement that the imagination can’t always conform to the demands. As much as its impossible to think of a genre-less film, perhaps its equally impossible to think of a film that exists strictly within a single genre. Aren’t all films a hybrid of different inspirations, different films? Perhaps at the very core of genre, is a defiance of genre. And if so, perhaps we need a new way to think about films.