6. End of the Century 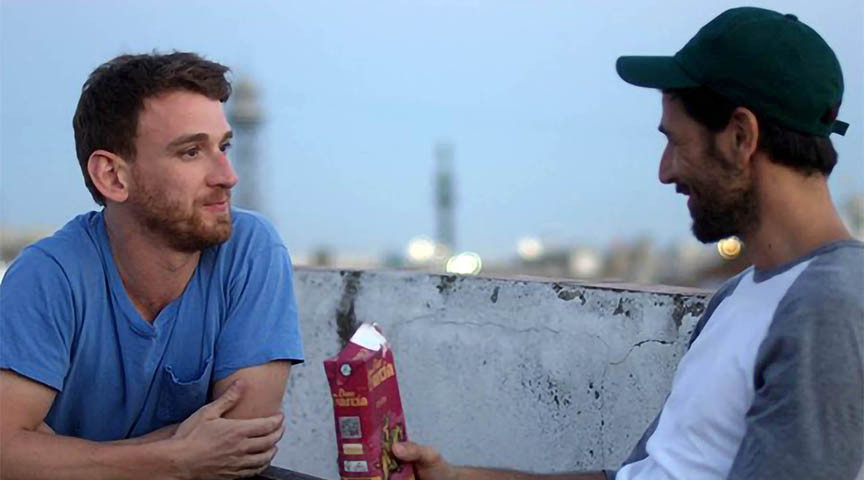 End of the Century is a beautiful film. This Argentine film is an understated, existential, meditative film which looks at love and memory in a way that feels incredibly unique.

Two men meet in Barcelona. They spend the day together, forming a romantic connection but then they realise that they have already met before, twenty years previously. What follows is a film which finely balances ideas about what could be, what is happening in the present, and what has already come to pass.

End of the Century plays like a love letter to Barcelona and makes its audience long to go there. And actually, this film specialises in longing – longing for the life you had or the life you hope to have, longing to remember precious moments and most importantly, longing for someone who you have a special connection with.

End of the Century is a very calm and still film. There is not any dialogue for around the first fifteen minutes of the film and much of it is dialogue free. It is a film where the subtleties are key and lovers of action or of clarity will struggle with this film’s refusal to play by the rules.

For example, the actors look exactly the same in both time periods. There is no de-aging or even an attempt to show a particular differentiation in the time periods. Some audiences may hate that, but it plays perfectly into this film being a rumination. Do we not see ourselves as we are when we picture ourselves in our minds? It is much harder to conjure up a perfect image of yourself from twenty years ago.

End of the Century is an evocative film that will leave audiences with a myriad of emotions. 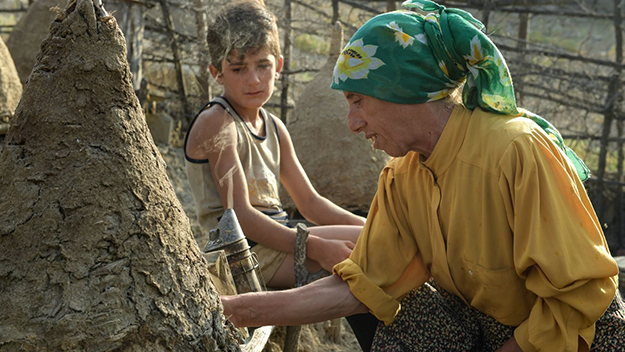 Nominated for Best Documentary Feature at the 92nd Academy Awards, Honeyland is an extraordinary documentary. It manages to simultaneously show audiences a life that probably feels very alien to them and yet at the same time it has universal themes and issues that will resonate with everyone, no matter where they live or the type of lifestyle that they have.

The film follows Hatidze, a woman who lives in a remote Macedonian village with her ailing mother. There is no electricity or running water in the village, and it is a four hour walk to the nearest city. Hatidze makes a living selling honey that she farms from her own bees. She lives an austere and simple existence. That is until her new neighbours move in…

Honeyland is often meditative and slow – you can see how some audiences will struggle with how ‘nothing’ happens and declare the film to be “boring.” But nothing could be further from the truth. The film gives us access to these people’s lives and it is utterly fascinating. As well as that, there are underlying themes throughout Honeyland – the fragility of nature and the corruption of capitalism, how we treat the land and all those who live upon it, and how your neighbours can greatly affect your life.

The best documentaries are ones that open your eyes to subjects you may not have been familiar with previously or that let you ruminate on what is truly important. Honeyland does both. It is also beautifully shot and engrossing throughout. 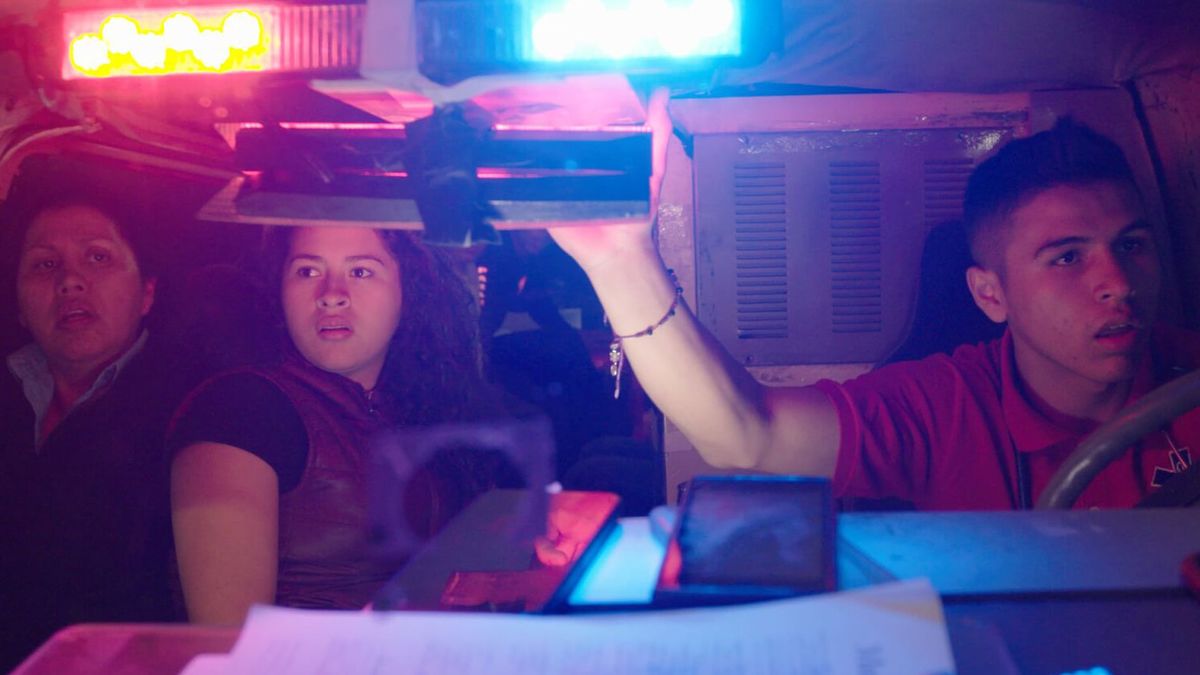 Did you know that in Mexico City, the government operates fewer than forty-five emergency ambulances for a population of nine million? To pick up the slack, a number of people run private ambulances. Imagine Nightcrawler but with ambulances and that is close to what this documentary film from filmmaker Luke Lorentzen is like. People are in terrible accidents and then are charged as soon as they get to the hospital. It’s either that or wait hours for a government ambulance to turn up – that is if it shows up at all.

Midnight Family follows the Ochoa family who operate one of these private ambulances. The documentary makers could not have picked a better family. From the cocky sixteen-year-old who drives the ambulance with teenage abandon to the slightly lazy dad, to the little brother who would rather ride in the ambulance than go to school – they are all characters in their own way and are very watchable.

The film does a good job of balancing both sides of the issue. It would be easy to see the Ochoa family as taking advantage of the situation, but they are invested in each and every patient and they themselves are just trying to survive. After one busy night, they count out their earnings. Once they have paid police bribes, they are only left with around four dollars each.

Midnight Family is a fascinating, harrowing and really engaging film. At eighty-five minutes, the film is the perfect length and never feels stagnated. Midnight Family does what all great documentaries should do, and that is open your eyes to something audiences would probably be no wiser on. 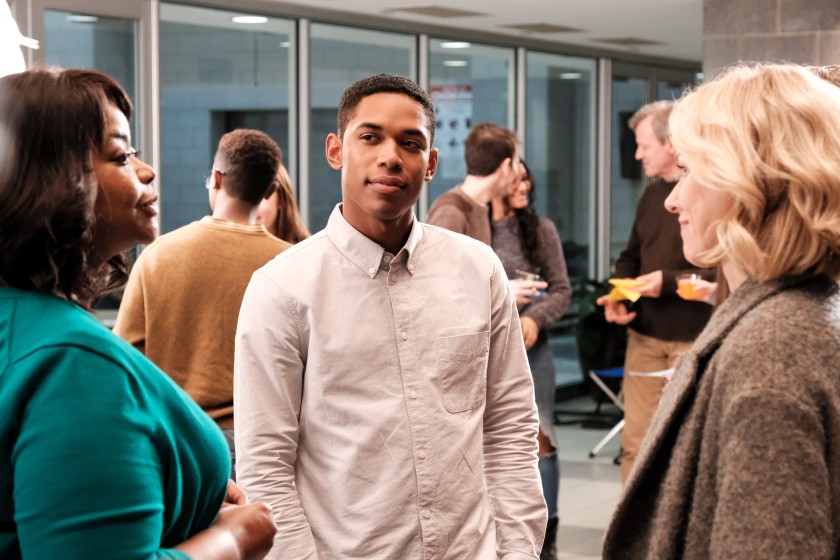 Luce is a socio-psychological thriller from director Julius Onah. It follows titular character Luce – adopted by his loving parents from a war-torn Eritrea, ten years later he is an honours student, star athlete and all-round beloved teenager in his community. Until one day he writes a disturbing essay and his teacher discovers something in his locker…Is Luce actually dangerous? Is he the victim of a campaign of hate by a self-righteous teacher? Or is something else going on entirely?

What follows is an incredibly smart drama which challenges our preconceptions, stereotypes, and the face that we present to the world. Luce also raises lots of interesting questions and ideas about race, class, and especially in regard to parental love and responsibility. How far would you got to protect your child? And at what cost? The answer may well surprise you.

Luce builds slowly in an intriguing and suspenseful manner. It keeps the audience slightly uncomfortable throughout in the way that it constantly presents you with situations in which you question what is right and what is wrong, and how you would act in the same situation. Luce is always engaging, and it keeps you guessing with its twists and turns.

The ensemble cast works well together and Kelvin Harrison Jr., who plays Luce, is particularly brilliant as is Octavia Spencer who plays his teacher Ms Wilson. Luce is a complex and provocative thriller that is definitely worth checking out.

Bait follows the residents of a small Cornish fishing village, where the locals have issues with the gentrification of the village and with the influx of tourists.

Bait won Outstanding Debut by a British Writer, Director or Producer at the recent BAFTA Awards. This win was not surprising given that Bait must have been an absolute labour of love for the filmmakers. Bait was filmed on a vintage camera using 16mm monochrome hand processed film, with the sound all completely added in post-production. It was also filmed in the academy ratio, so the overall result is a very unique, old school feeling film.

Bait is a film that feels like it should be really admired and respected – it is passionate and original filmmaking that feels completely different to anything else released in recent years and the technicalities behind it are astounding. Bait may feel very alien to a modern audience in its visuals and sound but is the perfect film for anyone bored of the standard blockbusters and wants to watch something different.

Bait also shows that British cinema has a wide spectrum of films to offers audiences.