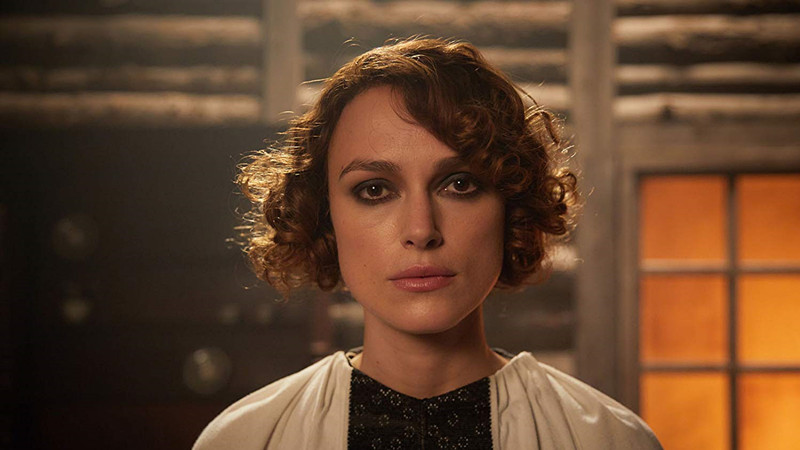 2019 has been a year of huge movies. It’s almost impossible to find hidden gems amongst the blockbusters and event cinema that have been released this year. 2019 alone has seen the highest grossing movie of all time, Avengers: Endgame. What is largely rumoured to be Tarantino’s last film, Once Upon A Time in Hollywood.

The highest grossing R-rated film of all time, Joker. All coupled together with the end of a beloved, mega successful franchise, Star Wars: The Rise Of Skywalker. Hopefully this list will help you discover the lesser known (But still great) films of the year and if you need a break from all the sensory overload, they might just be for you.

Columbian-Ecuadorian director Alejandro’s third feature and most likely his best tells the story of eight child soldiers on a remote Latin American guarding an American hostage. They’re forced into the jungle after an ambush and a lord of the flies-esque scenario plays out in which power struggles and moral consciences entangle with their duty and loyalty to “the organisation”.

The film feels incredibly immersive and original, the dream like setting of the Columbian jungle is unlike any movie experience you’ll have witnessed and the reckless hedonism of the young children in dangerous scenarios reminds us of the fragility of youth. At first it plays out like a sort of bootcamp with the children’s purpose unclear but as the hostage (Doctora) is introduced we begin to tap into the heightened responsibility the kids carry and the domineering demands of the organisation.

The score is a diegetic, uncomfortable, surreal mix of synthesisers and whistling sounds which completely immerses you into the soldier’s state of mind along with the various activities they’re forced to complete. It also adds that all important harmony between image and music that can elevate a scene beyond normality.

The mostly first-time actors do an outstanding job balancing the harsh, mature circumstances they must deal with whilst letting the child inside overpower them at times as they try to navigate situations the steeliest of adults wouldn’t be able to cope with.

The final shot forces us to face the question posed in many war torn, violent countries, who are these people? What should they do? Where can they go? Monos is a brilliant example of the ghost like existence of so many guerrilla soldiers and the destruction of childhood. A festival hit you’re sure to enjoy. 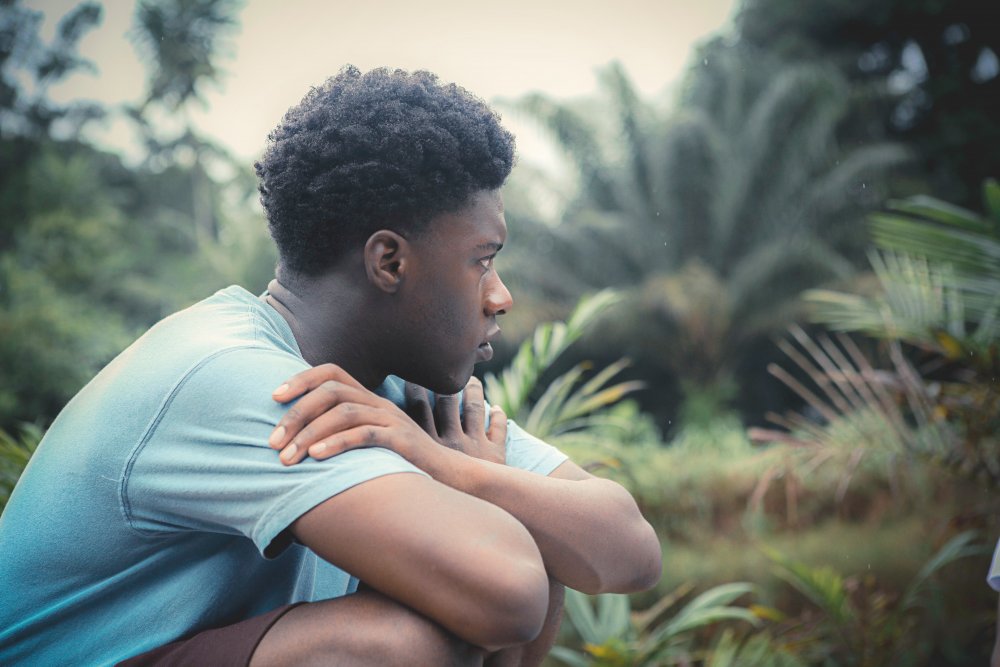 After his debut “A moving image” Shola Amoo returns with his second feature “The Last Tree” a story of a young black man forced to return to his birth mother after she tears him away from his idealistic, rural Lincolnshire home with his foster mother, forcing him to adapt to a new life of domestic abuse, gangs and societal pressure in inner London.

Newcomer Sam Adewumni terrifically plays Femi, as he struggles to fit in anywhere in his new home, Adewumni captures Femi’s loneliness perfectly as he can’t quite relate to anyone around him. A brilliant scene occurs when Femi walks down the street listening to The Cure, when his friend interrupts him and asks him what he’s listening to, to which he replies “2pac”. This sums up the characters entire mental state throughout the film.

The colour palette is fantastic in its fluidity, Femi’s rural home beams with bright, vibrant, golden colours which is harshly replaced by London’s dark, bleak surroundings, concrete is everywhere you look and matches Femi’s outlook on his new life.

The last tree has shades of Moonlight about it, in terms of coming of age and visceral thrills and if you’re into that sort of film, you’ll absolutely love this. 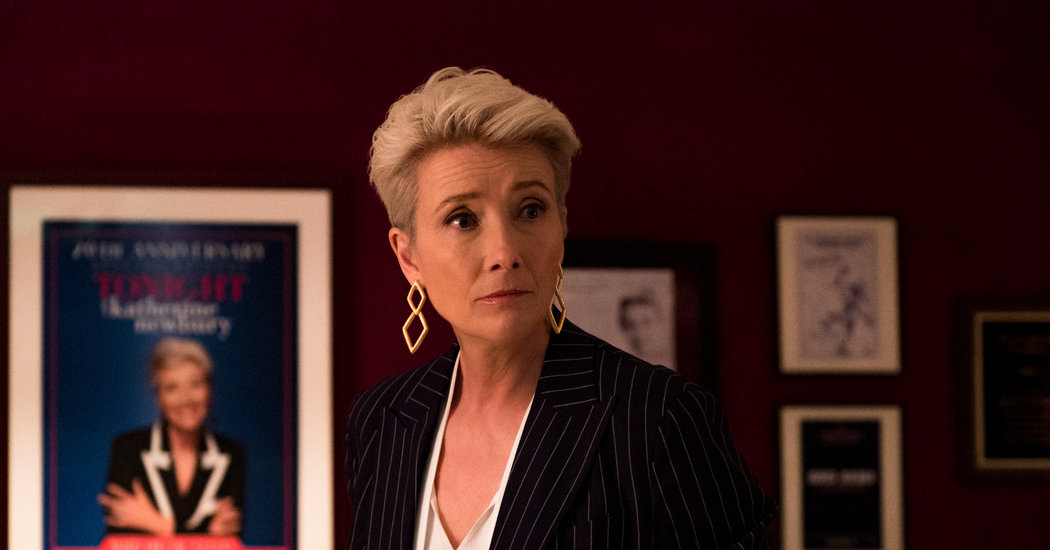 Directed by Nisha Ganatra and written by prominent comedian and actor Mindy Kaling who also stars, Late Night is a fantastic swipe at the changing politics in the workplace.

A late-night talk show host hires her first and only female writer to join her comedy writing staff. At first, she’s only hired to hush concern over the lack of diversity surrounding her show, but it soon becomes apparent that Molly is much more talented than anyone gives her credit for and endears herself to the hard exterior of Katherine Newbury.

Kaling’s script is witty and reflective of “woke” culture, it’s a constant during the film that her white male counterparts “wish” they could be an ethnic minority due to the “better opportunities” they claim they’d receive. It’s a clever way of addressing prejudices minorities receive even with success, these backhanded compliments and ridiculous statements amplify the situations.

There’s a terrific cast, Emma Thompson delivers the perfect stern but likeable persona, she’s a woman who’s hard to love but also hard to hate and we understand her grievances as the film goes along. Kaling excels as Molly, finding it hard to find her place despite her obvious talent and the men in the writers’ room are fantastic at implementing their innate privilege.

It’s a small pleasure and you’re bound to enjoy it’s silly yet sensitive tone – a very easy film to like.

A film Mark Kermode described as “one of the defining British films of the decade”, Bait is a completely original, strange sea shanty of a film that’s bound to capture your imagination and remind you why you love films.

Set in a Cornish fishing village tensions run high as the area becomes gentrified meaning B&B’s, boat tours and upper-class families have all taken over a once prosperous working-class community. Fishman Martin finds it challenging to come to terms with the changes of his hometown as his brother adapts, he flounders, struggling to bring in money from fishing anymore and butting heads with the elitist family who’ve moved into his old family cottage.

The film brims with an incredible handmade quality, you really believe in all the characters and recognise the great care and passion taken into getting the film made. It’s shot on 16mm in black and white which beautifully matches the atmosphere and look of the old village, pulling you back into a simpler time yet highlighting the miscommunication between old and new. This is also shown through the films dialogue being recorded after it was shot and added over the top, everyone speaks the same language, but no one understands each other.

The director Mark Jenkin who also wrote the film compressed the 16mm film himself using unorthodox methods and also edited. The hard words certainly shows and it’s a film unlike any other you’ll have seen before. 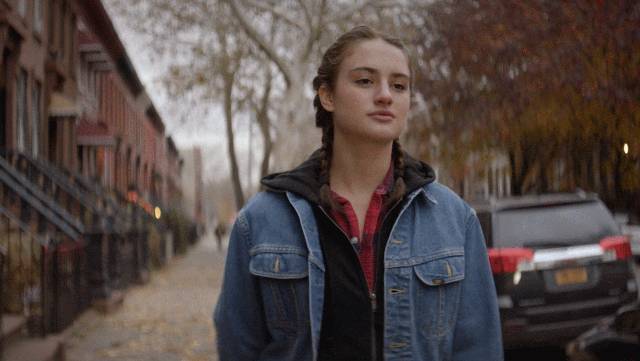 The film follows Lillian who’s recently split up with her boyfriend. Finding a room to rent in the house of famous writer Julia Price and her father in Paris with his new girlfriend seemingly uninterested in her attempts at contacting and keeping in touch with him, she attempts to make her ex-boyfriend jealous after seeing him with another women by claiming to have persuaded the definitely not game Julia Price to go against character and let Lillian make a documentary about her.

The characters are the strength of the piece with Grace Van-Patten delivering self-centred, sarcastic lines with revelling glee. She keeps the seemingly unlikable Lillian strangely likable which is also a testament to Wells’ writing. John Early however is the one who steals the show as Sol a hilarious cameraman with the funniest of verbal diarrhea as he gets himself and Lillian into the most awkward yet avoidable situations, he is a terrific comedy actor and guarantees laughs every time he’s on the screen.

Wells also directs sensitively, giving the film a nice, gentle feel even during some of the tougher periods keeping it ultimately uplifting and celebratory of pre adult nervousness. The script is sharp and heartfelt tapping into the emotions of Lillian and supporting characters suitably while not feeling too heavy or melodramatic.

A cathartic, relatable and impressive debut putting Dolly Wells on the map as a major talent.