While in the last 10 years the English speaking world has given us many movie classics for decades to come, lots of the best films of the 2010s came from foreign directors and, even if a few of them gained some attention with the help of major film festivals, many others remained underrated and underseen by mass audiences.

The 2010s were such a great decade for foreign cinema that it made it nearly impossible to select only 25 films for this list without feeling guilty of leaving others out. In order to diversify the choices a little and to fall within 25 titles, we decided not to include multiple films by the same director and to exclude documentaries and animations from the list. Let us know in the comments how your own list of the best foreign language movies of the decade would look like. 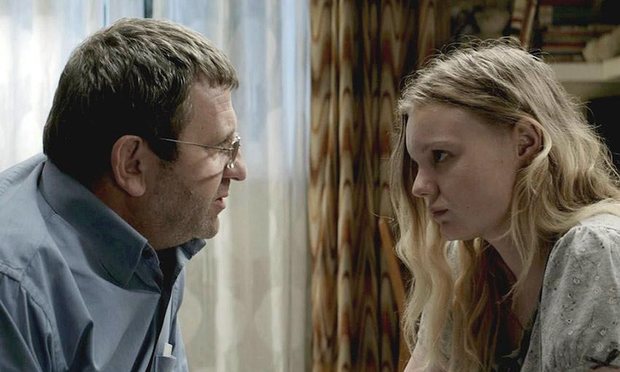 After winning the Palme d’Or for the gripping “4 Months, 3 Weeks, and 2 Days” (2007), a drama about a woman doing illegal abortion in the 1980s communist Romania, director Cristian Mungiu has made several equally interesting but rather overlooked movies, including the hilarious “Tales From The Golden Age”, the monastery drama “Beyond The Hills” and – the latest of them – “Graduation”.

A modern tragedy, the film tells the story of Eliza (Maria Drăguș), the teenage daughter of doctor Romeo Aldea (Adrian Titieni), who is about to take the important baccalaureate exam which will secure her a scholarship to a prestigious British university. But when Eliza is sexually assaulted near her highschool just the day before the exam, she is shaken to the core and fails to give her best during the examination. Revolted by the unfair situation, her father does everything he can for his daughter, including asking for help from a corrupt official.

Full of depth, naturalistic and compelling from start to end, “Graduation” is a film that reconfirms Mungiu’s place among the best modern European filmmakers and makes for a comprehensive study case on corruption, family and the flawed education system in contemporary Romania.

The historical melodrama “Cold War” was selected as the Polish entry for the Best Foreign Language Film at the 91st Academy Awards, has earned director Paweł Pawlikowski a Best Director award at the Cannes Festival (where it also competed for the Palme d’Or) and was one of the most acclaimed films of 2018, with many critics going as far as calling it a masterpiece.

The film was inspired by Pawlikowski’s own parents’ life and follows the impossible love story between Wiktor and Zula, a musical director and a young singer who try to avoid the misery of post-war Poland.

From its first frame, “Cold War” stuns the viewer with its impressive cinematography. Just like Pawlikowski’s previous film “Ida”, “Cold War” is shot in black and white and uses the old-school 4:3 aspect ratio. This combined with the restrained camera movement, impressive costume and set designs and the melodramatic plot makes it very resemblant of classical cinema and helps to recreate the dismal atmosphere of communist Europe.

23. Uncle Boonmee Who Can Recall His Past Lives (dir. Apichatpong Weerasethakul, Thailand, 2010)

Apichatpong Weerasethakul’s surreal film which has won the Palme d’Or at Cannes tells the story of a dying man who spends his final days surrounded by his loved ones at a house in the countryside. In a dreamlike dinner scene, the ghost of his deceased wife unexpectedly appears at the table, and then his long lost son returns home, but he looks like a strange ape creature with glistening red eyes.

Revolving around Buddhist beliefs, death, reincarnation and the mysteries of human existence, this experimental film is one of the most challenging and unique foreign films of the decade.

Inspired by the diaries of two real-life explorers, “Embrace of the Serpent” follows two stories that took place in the Columbian Amazon thirty years apart and revolve around an indigenous shaman named Karamakate.

The first story follows Theo Von Martius, a german ethnographer who journeys the Amazon along Karamakate in search of a rare flower that will cure his fatal illness. The second story features Evan, an American botanist who meets a much older Karamakate and asks for his help in order to complete Theo’s unfinished journey.

This is an amazing film. First of all, it looks incredible and that is mainly due to the fact that it was shot in black and white and is filled with images of the beautiful amazonian sceneries. The abundance of scenes featuring the characters journeying the Amazon on their boats evokes Coppola’s “Apocalypse Now” and, overall, “Embrace of The Serpent” has the spirit of a much older film than it really is. If someone told us that this movie was shot in the 1970s, we would have totally believed him.

But there is something more to “Embrace of The Serpent” than its good looking cinematography and reminiscence to a bygone era of cinema. Ciro Guerra’s movie is enthralling and mystical, it feels like taking part in a ritual or a sacred experience. This is something hard to describe into words, but seeing the lost Colombian civilization and culture being brought back to life on screen can have a very impactful effect. 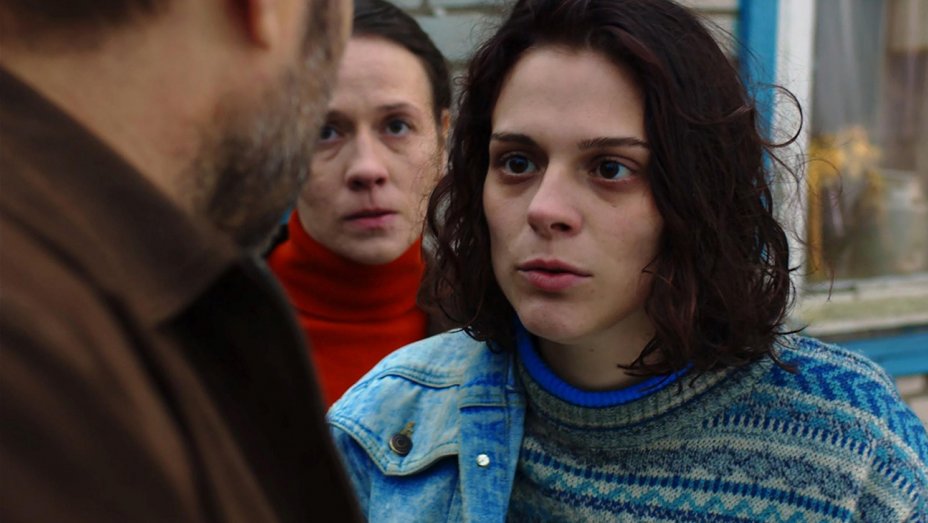 In 2017, Kantemir Balagov, a 26-year-old Russian filmmaker, made his debut with “Closeness”, an art-house film that might just as well belong to an established director.

The film, which earned him the FIPRESCI Prize in the Un Certain Regard section at the 2017 Cannes Festival, tells the story of a Jewish community from North Caucasus which finds itself in a burdensome situation. Darya Zhovnar, an actress who might remind some of you of Kristen Stewart in her recent French films, plays Ilana, a 24-year-old tomboy whose brother is just about to get married. After a celebration at home, the engaged couple goes out to spend the night downtown. Soon, their families find out they were kidnapped and are demanded to pay a ransom.

As the title suggests, “Closeness” is an intimate film which, due to the 4:3 format and the often use of closeup shots, feels very crowded and claustrophobic. Reminiscent of David Lynch’s work, there are many scenes filled with flashing lights and strong colors, long moments of silence and contemplation. The story unfolds slowly, but it is the kind of film to lose yourself in and will linger in your mind for a long time after watching it. 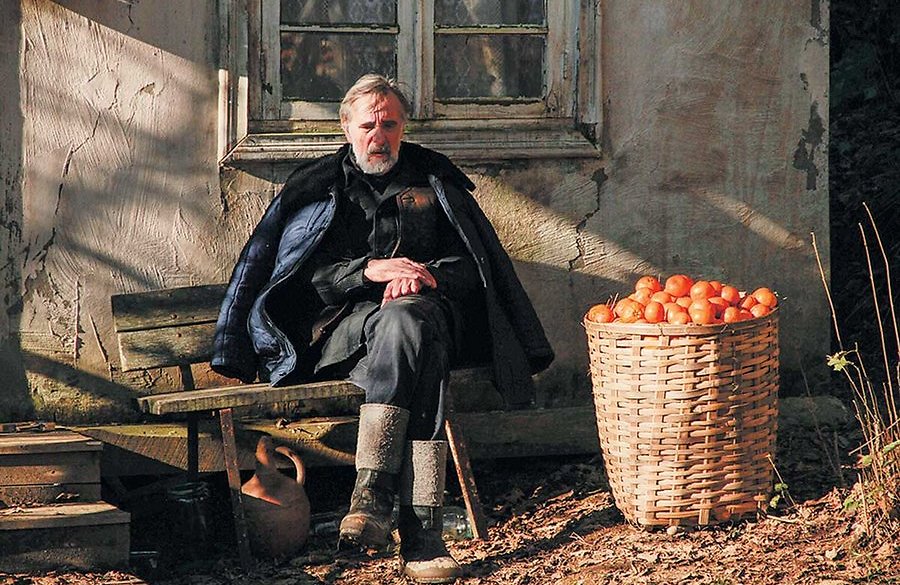 Set during the 1992–1993 post-Soviet conflict between Georgia and Abkhazian separatists, this thought-provoking anti-war film tells a story of pacifism and humanity about an old Estonian tangerine farmer who decides to take care of two wounded soldiers from rival sides.

In under 90 minutes, director Zaza Urushadze’s film manages to convey one of the most powerful and humane messages about the realities of war. This is a deeply impressive film that makes us once again realize how irrational armed conflicts really are.

“Climax” starts with a television screen showing a series of interviews with a group of dancers and then it takes us to an abandoned school, where a long elaborately choreographed dancing scene commences. Not before long, you will realize that this is a film like no other you’ve seen before.

After the mesmerizing one-shot dancing scene, the group of dancers starts drinking sangria but soon they start feeling strange and they find out that their drink was spiked with LSD. From this point on, madness ensues and the film draws you in its claustrophobic, anxiety-inducing world which feels like a never-ending nightmare.

Disturbing, entertaining, dark, crazy, violent, provocative and stylish – there are not enough words to describe Gaspar Noé’s film, which is arguably his best work to date and one of the most demented films of the decade. As one critic put it, “Climax” is the closest thing to a crowd-pleaser Noé has ever done, but this is still not an easy watch by any means. The film lacks a concise story and is more style over substance, but, like David Lynch’s movies, it shouldn’t be perceived as a narrative film but more as an experience.

When people from a small village in South Korea start getting sick of a disease that makes them very violent, a police officer named Jong-goo comes to investigate the case. When a mysterious woman tells him about a Japanese stranger who recently arrived in the village and seems to be involved with the mysterious disease, Jong-goo begins to unravel the disturbing truth.

“The Wailing” is an epic horror film that oozes of tension and atmosphere. Its masterful performances, gorgeous cinematography and captivating storyline, which ratchets up from a detective mystery thriller to supernatural horror, make it one of the decade’s best-crafted movies of its genre.