Hamilton Morris is magnetic as Sam Kelly, a middle-aged Aboriginal farmer who’s self-defence murder of a white man gives Sweet Country a story seared with anger, pain, and sorrow. Buttressed by Thornton’s own generous and gorgeous cinematography, which calls to mind the mystery and almost supernatural presence of other great artistic Aussie masterworks like Nicolas Roeg’s Walkabout (1971) and Peter Weir’s Picnic at Hanging Rock (1975)––particularly given some of Sweet Country’s inspired and spooky editing experiments.

Living steadfast with their own ideas of honor and traditions, the Wayuu wisely are wary of outsiders until a young Wayuu many named Rapayet (José Acosta) is set to marry into a family dominated by the matriarchal Ursula (Carmiña Martínez, brilliant) and starts large-scale marijuana dealing. What starts as easy money, managed by the increasingly ruthless Ursula, gets everyone involved into a darkening world dominated by violence.

Told in five chapters, and replete with authentic Wayuu costumes and traditions, Guerra and Gallego’s taut, textured, and endlessly fascinating drama is an impressive crime story different from any you’ve ever seen before. Don’t miss it. 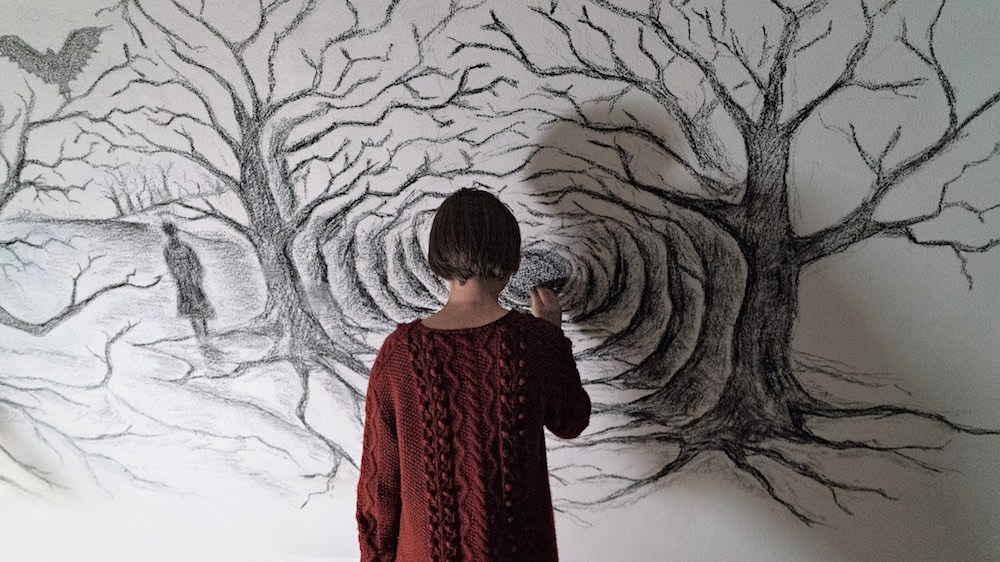 Inspired by a shocking real-life incident involving a teen’s 1996 abduction and murder by the Sicilian Mafia –– the teen’s father was a cooperating witness –– Sicilian Ghost Story casts a spectral and ghastly glow. Luna shares a psychic connection to Giuseppe and his absence from school provokes in her visions and waking fantasies of “things that might exist”, including his ghostly form.

Elegantly photographed by the brilliant cinematographer Luca Bigazzi (2013’s The Great Beauty), this is a chimera-like film, hypnotic, and languidly seductive, while remaining shockingly grim.

“The Old Man & the Gun generally feels like the best kind of tribute,” writes IndieWire’s Eric Kohn, “one that understands the material so well that it inhabits its very essence.” And so writer-director David Lowery follows up last year’s arthouse sleeper A Ghost Story with this cops and robbers comedy caper (based on David Grann’s New Yorker article) that garnered great reviews but only did just okay at the box-office.

Robert Redford, in what’s to be his final role before he retires from acting, is affable bank robber Forrest Tucker, who at 78 years old is planning one last heist. Not only is Tucker renowned for his bank robbing prowess, he’s also regarded as “one the world’s greatest prison escapologists”, having escaped from the big house 18 times over the years.

Oscar-winner Sissy Spacek stars as Jewel, Tucker’s love-interest, and Casey Affleck is John Hunt, the law man on his tail, and rounding out the impressive cast is Keith Carradine, Danny Glover, Elisabeth Moss, Tika Sumpter, and Tom Waits. So why haven’t you seen it twice by now?

BAFTA winning documentarian Bart Layton (2012’s The Impostor) conjures Akira Kurosawa’s Rashomon as he mixes subjectivity and high-stakes suspense in American Animals, based off the true story of a daring and ridiculous 2004 library heist at the Transylvania University in Lexington, Kentucky.

Misguided, blundering, and delusional wannabe criminal ringleader Warren Lipka (Evan Peters, excellent), and his childhood BFF Spencer Reinhard (Barry Keoghan, continuing his winning streak after a dazzling turn in 2017’s The Killing of a Sacred Deer), egged on by suburban ennui, their favorite film noir anti-heroes, and their knowledge of TU’s special collections library holding incredibly valuable Audubon prints and rare books leads them into an outrageous caper that can only end in disaster.

“Performed with piss, vinegar and some poignancy,” writes Variety’s Guy Lodge, “Layton’s crowd-pleasing Sundance competition entry is tricked out to the max with lithe structural fillips, flashes of cinematic quotation and formal sleight of hand.”

An affable, wannabe writer Sinan (Aydin Doğu Demirkol), moves around between his quaint home village and he bustling coastal tourist city of Çanakkale, in something of a comfortable rut. He has one of those “quirky meta novels” that he should be better promoting, but, at the same time, he is drawn to the village of his birth and teaching position there, a job his admired father (Murat Cemcir, brilliant) held at utterly excelled at.

Sinan, while visiting at home, discovers that his father is not at all what he seems: he has a serious gambling addiction and as a result the family now stands at the precipice of financial ruin. Combined with Sinan’s other discovery that an old beloved flame is soon to wed and our protagonist sees himself at a crossroads, and one with irreversible consequences.

Abound with verbal and visual metaphor, The Wild Pear Tree is a lyrical, sensual, and utterly beautiful cinematic experience. Rarely has the bucolic beauty of glowing forests, and rolling hillsides revealed such seeming magic to the everyday. A delight.

3. Under the Silver Lake

Under the Silver Lake is dividing audiences down the middle, and that’s to be expected given that it offers an overlong study of self-important, wealthy, and white spoiled brats. These L.A. rats, each in a state of arrested adolescence, fixate on shiny surfaces and shallow beauty and the result is one of the most audacious, campy, and crass offerings of the year.

2. An Evening with Beverly Luff Linn

Leigh Whannell’s fast-paced cyberpunk genre gem Upgrade is pure catnip for fans of hi-fi horror, lowbrow blood and guts, slick action, and a satirical sting. Using a gleefully OTT template similarly used in Paul Verhoeven’s RoboCop (1987), Upgrade will give you a B-movie o-face for the entirety of its 100 minutes, and that’s in no way a terrible thing.

Grey Trace (Logan Marshall-Green) barely survives a brutal mugging that leaves his wife, Asha (Melanie Vallejo) dead and leaves him paralyzed and utterly pissed off. And that’s when Eron Keen (Harrison Gilbertson), a billionaire inventor offers Trace an experimental cure and a chance of redemption via STEM.

Essentially an AI implant, STEM enhances Trace’s body, restoring his ability to walk as well as enhancing his strength and agility to superhero level. But will Trace use these skills to crack the skulls that murdered Asha and destroyed every aspect of his life? You bet he will. And will it be deliriously fun, decidedly low-rent, schlocky to a tee, and also chock full of badassery? Yup, you betcha again.

Upgrade was barely a blip in the multiplex, but excellent word-of-mouth has help to solidify the film’s cult stature and fist-pumping excellence. Is it a masterpiece? Hell no, and it doesn’t have to be to be a gory, groovy, sick, slick, and supremely satisfying thrillride. Granted Upgrade isn’t for everybody (only the lamest of movies are), but it might just be for you!