Have you ever thought how your life from now on would be if you could erase from your memory both beautiful and grim memories that hurt you? In 2004 Charlie Kaufman and Michel Gondry decided to address this question to wounded hearts that seek a cure for the pain. We all love sunshine, I guess. But an eternal glow of sun pouring in our place through a constantly open window is really what we need to be happy?

Engaging a science fiction concept in order to prove its humanist points, the film manages to be the most beautifully portrayed psychedelic experience ever. The use of color gloriously satisfies both aesthetic and narrative functions, as we follow the mental escape of the heroes. Joel erases his memories. Everything turns into black and he grabs Clementine’s hand so as to save her from oblivion. She hides in his secrets, in his shame until she completely fades away.

And then, she’s back there. She’s his “fucked-up girl,” but that’s alright. The question is answered: We must suffer if we want to find happiness. We have to appreciate and honor the frailty of ourselves and our partner. We need to accept and forgive. Sunshine would have never been precious without the shadow of clouds. 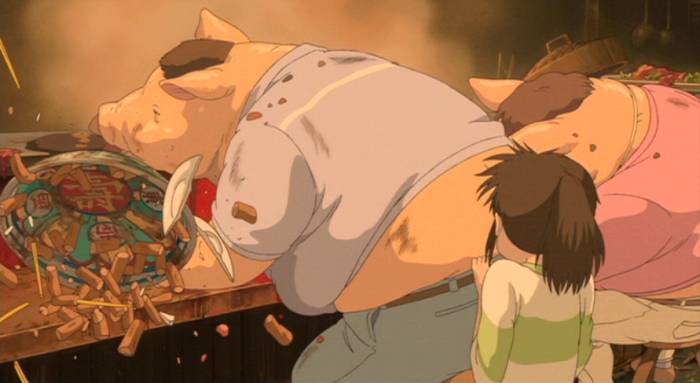 “Reality is for people that lack imagination,” Hayao Miyazaki claims. That being said, if you mean to escape reality, drifting away in a place of a primal natural estrus and haunting ambiance that seems to overflow from a human-based fantasy, then visit the territories of Miyazaki’s cinema.

If not the best, one of his greatest works is the 2001 Alice-in-Wonderland tale of “Spirited Away,” which I personally considered “too weird” as a child. Many children may find it weird, I guess, since this cryptic adventure of a child hero involves an amalgamation of higher spiritual acts and thoughts that result in a quite complex, absurd in an adult way, animated film.

Addressed to adults in its fullest body of meanings, “Spirited Away” could comprise the first psychedelic experience of a kid, essentially evoking a curious attitude toward its disguised substances. Related to panhuman ideas, as our materialistic/consuming trends, the power of family bonds, and our ethnic traditions, this surreal film employs an elusive yet fascinating medium in order to impart its significant massages.

He always shocks, repels, and even tortures his audience on ethical, emotional and aesthetical levels. Welcome to Gaspar Noé’s spinning, pitch-black universe. But the enfant terrible of France’s modern cinema does more than that. He doesn’t fear to expose the grim environments of his interest to the light of day, caressing the flaws and exploring the deepest nature of his usually wrecked heroes.

In such a way, his 2009 audacious work of “Enter the Void” is something more than a “trippy” film. Hand-held shaky camera, spinning shots, and neon lighting are some of Noé’s techniques that introduce the audience to the mental state of the story’s characters. As a result, the viewer can’t help sharing the evolving situation, until reaching a level of total absorption in the picture’s delirious move.

The film’s end, however, suggests that the story’s characters all along experience a parallel psychedelic experience which, in a primal stage, encloses their chosen intoxication. This is the psychedelic experience of life itself. “Enter the Void” is nothing else than a stoned walk through the crowded, light-bathed streets of an existential anxiety.

Perhaps we first saw it in “Eraserhead” but we actually dealt with it in “Lost Highway:” David Lynch was never willing to offer the keys for his locked ideas. He wants us to search for them, and then match them with the respective keyholes. This is a hard game you must play and win, if you want to discover Lynch’s cinema and eventually love it.

“Inland Empire” is the most demanding and inaccessible picture by the American auteur as yet, cinematographically and narratively speaking. It’s almost pointless to describe it, and in fact, this texture of its object is the most interesting, representing its quintessential value and content. As the title suggests, what we see and share throughout this ostensibly irrational course is part of an inner sanctum.

The picture’s epicenter is Nikki, a mature actress who progressively realizes that her life has become a reflection of the dramatic film she stars. The case’s exposure is essentially unstructured and generously sprinkled with the dust of a creepy parallel universe. Before you attempt to decompose its mysteries, just let yourself free in the blurred waters of this abyss. If you feel the texture of Laura Dern’s inner skin, then you have utilized this film to the fullest. 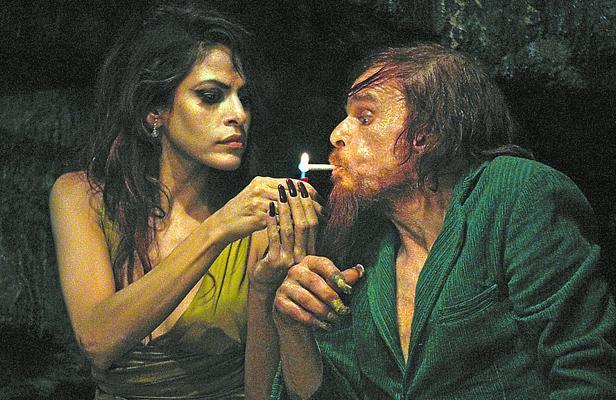 Leos Carax’s most debated, idealistically complex and ethically intriguing motion picture stands for the elusive yet hard core of a truth that concerns every film lover. One must pay a lot of attention to the film’s initial scene in order to comprehend the meaningful allegory that it is “Holy Motors.”

Seemingly irrelevant to the picture’s main body, in the first scene Carax uses his finger to unlock a door on a wall covered by the appearance of a forest. The door opens and what we see is Monsieur Oscar, the story’s characterless hero who embodies numerous roles in the course of day being driven by a mysterious woman in a limo. He disguises himself as a beggar, as a regular father, as a man in love, even as a peculiar creature that eats money and flowers. In each of the cases, he experiences his new self as a real one.

Bearing testament to the seventh art’s power of interpretation, “Holy Motors” is a surreal portrayal of cinema, including its functions and its contributors. Films are holy motors that carry in a vast interior space the wholeness of every kind of life. Actors enliven through their roles, feeling in their veins each character’s sentimental burdens. A filmmaker unlocked the door of cinema’s sanctuaries, while drama is the medium which delivers the raw material.

Even before realizing the film’s substantial, mentally challenging metaphor, its time-span has already provided a beautiful, cryptic portal towards the deepest cellars of psychedelia.