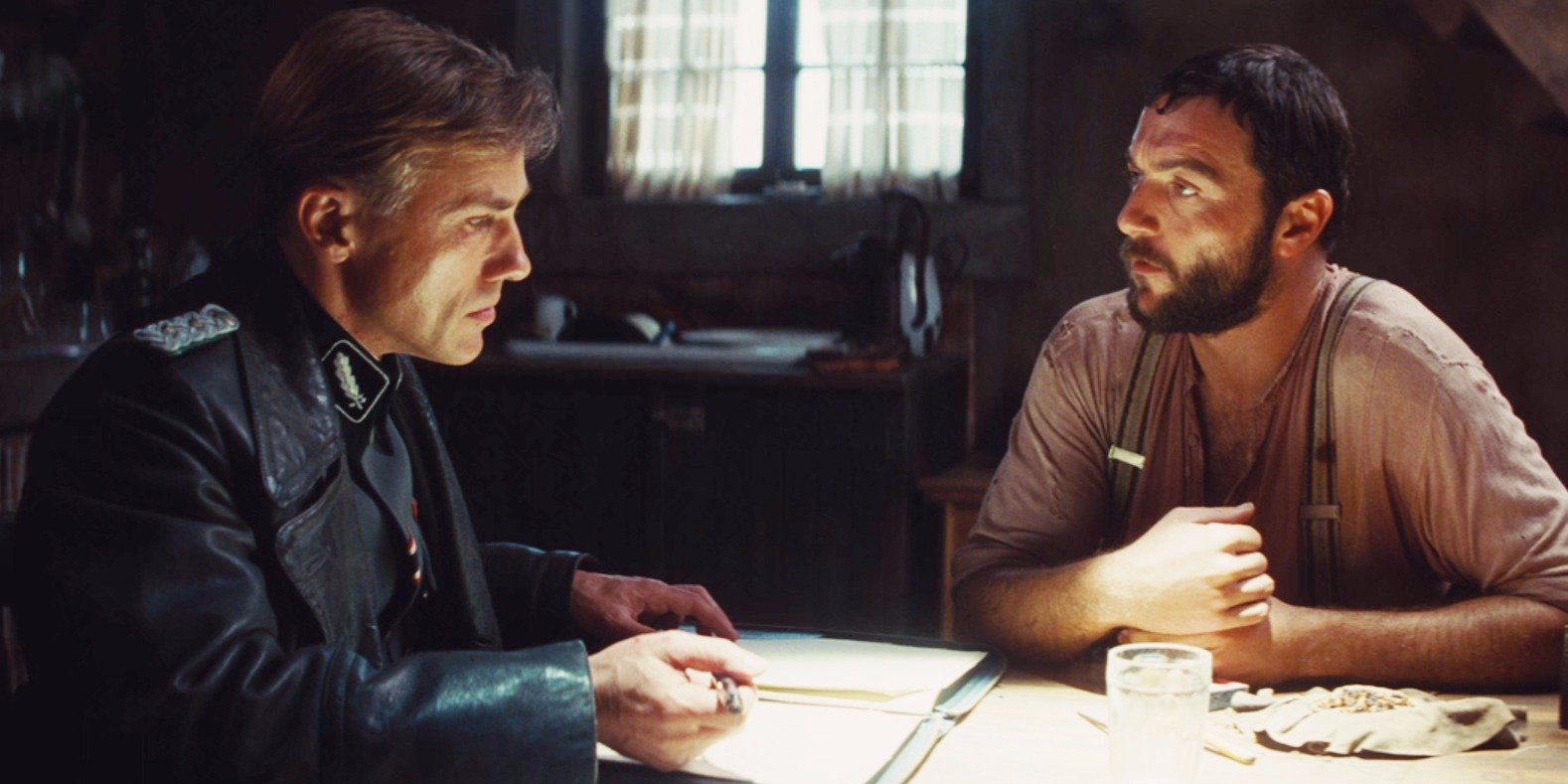 One could argue that the most intense scenes in cinema are so effective, and gut-wrenching, thanks to the great work in the lead-up to all of them. Great directors build great tension, and the best of them deliver a result that sends the audience into cardiac arrest. These are a few of the best in recent times.

From start to finish this film is uncomfortable. From John Carroll Lynch’s terrifying monologue to every second of Lindsay Burdge’s performance.

Will (Logan Marshall-Green) and his new girlfriend are invited to a dinner party at the home of his ex-wife, Eden (Tammy Blanchard), and the home where they lost their child.

Throughout the evening, evidence begins to mount that Eden and her new husband, David (Michiel Huisman) have a hidden, and terrifying agenda for the guests. The guests are shown a recruitment video about resetting the brain after traumatic events, and a dinner party is hardly the place for the assisted suicide shown on the tape.

Later in the evening after some false alarms, David toasts to ‘A better world’ and opens the gates to hell. A grieving and paranoid, Will, attempts to stop everyone from drinking the wine, and the true nature of the dinner invitation is revealed. It is not pleasant, not for the dinner guests, and not for everyone outside of the house either.

After spending time in a psychiatric ward, our teenage protagonist, Madeline (an incredible first time performance by Helena Howard), joins a theatrical group to help with her integration back into society.

The theatre director, Evangeline (Molly Parker), takes Madeline under her wing, being the youngest of the group, but their relationship spirals down an unhealthy path as Evangeline pushes Madeline’s performance, which culminates off stage, as she invites her to a birthday party.

It is all too much for Madeline, and everyone but the over-invested Evangeline can see it. Madeline sneaks a number of wines and begins a cat-inspired dramatic performance on the uncomfortable guests, then corners Evangeline’s husband with the most inappropriate of solicitations.

Later, Evangeline pushes Madeline to tell the story of her breakdown and fight with her mother (Miranda July), while she is in attendance, to the discomfort of the entire theatre group, in a scene that rivals this one.

Curtis (a brilliant Michael Shannon), paranoid about an apocalyptic storm that he believes is approaching, begins to build an impressive storm shelter . The shelter breaks his wallet, at the expense of his deaf daughter’s operation, and threatens to tear his family apart.

Curtis distances himself from everyone involved in his violent revelations, alienating him from friends, work colleagues, and even his dog.

During this scene, Curtis is confronted by his best friend and work colleague, Dewart (Shea Whigham), after cutting him loose at work. The pair square off whilst eating dinner at the local community hall – leading to one of the most brutal, and gut-wrenching breakdowns, in front of his wife, Samantha (Jessica Chastain) and daughter, Hannah, as well as most of the small Christian community.

He offers them an explosive, dire warning – ‘There is a storm coming like nothing you have ever seen! And not one of you is prepared for it!’ – and within a couple of minutes he manages to alienate himself from everyone in the room – years of relationships down the drain. The reaction of Curtis seeing the fear on his daughter’s face is truly heart-breaking.

Directed by Jeremy Saulnier (who earlier gave us the wonderful, Blue Ruin), Green Room tells the story of Pat (the sadly, late and great, Anton Yelchin) and the rest of his punk band as they find themselves stuck in a green room after witnessing a murder at an isolated neo-Nazi bar. It’s a terrifying premise for a film and Saulnier delivers.

During this scene, Pat negotiates with Darcy (a perfectly cast Patrick Stewart), the owner of the venue, and leader of the gang, to allow the band a safe exit from the room and premises. In order to do so, Darcy requests that they hand over the gun (albeit without bullets) that the band managed to wrestle from the neo-Nazi hostage trapped inside with them.

With no other feasible option, Pat agrees to the terms and unlocks the door. As he opens the door, Amber (Imogen Poots) notices a number of extra feet and machetes outside the door. It is an ambush. She shouts – ‘They’re killing us! Keep the gun!’ – but it is all too late.

Pat attempts to hold onto the gun, but outside of the door, and all the more powerfully off-screen, his arm is being hacked to pieces. His friends manage to pull him inside and lock the door, before bearing witness to the gruesome injury and agony.

Meanwhile, their neo-Nazi hostage attempts to escape during the fracas, and Amber unceremoniously cuts his chest open with a box-cutter, ending his life, and their final leverage.

This is the scene where everything becomes very real. Nothing is going to end well for everyone stuck in the room. No super happy ending is around the corner. This is realistic terror, realistic violence, and realistic outcomes at its finest.

Directed by Jonathan Glazer, Sexy Beast tells the story of retired safe-cracker, Gal (Ray Winstone), who is living an ideal life with his wife in a villa on the Spanish coast.

Life as he knows it is upended as Glazer introduces us to our psychotic antagonist, in gangster, Don Logan (Ben Kingsley), who visits Gal, unannounced, to offer him another job. The term ‘offer’ being very loose on this occasion – You see, Don does not like the word ‘no’… (That is until he shouts it over and over and over again).

After his offer is refused by Gal, Don storms off, only to return, fresh from being kicked off a plane. He is not happy. Don gives Gal the most heated and insane dressing-down, whilst putting the fear of God into everyone at the house.

The ‘Where’s Don?’ scene during the final act deserves a mention, but this film excels thanks to Kingsley’s explosive performance.