Eli is a vampire forever stuck at the age of 12 years old. When she meets Oskar, her same-age age human neighbor, the two of them develop an unexpected relationship. But their friendship is impossible cause Eli is blood thirsty and Oskar finds out that she is responsible for the numerous deaths around town.

This Swedish vampire romance film reinvigorated the vampire film genre and was praised for its mix of scares and chilling atmosphere with the intelligent and profound love story. The complex characters and the deep socio-psychological themes the film explores turned “Let The Right One In” into one of the most compelling horror films of our century. 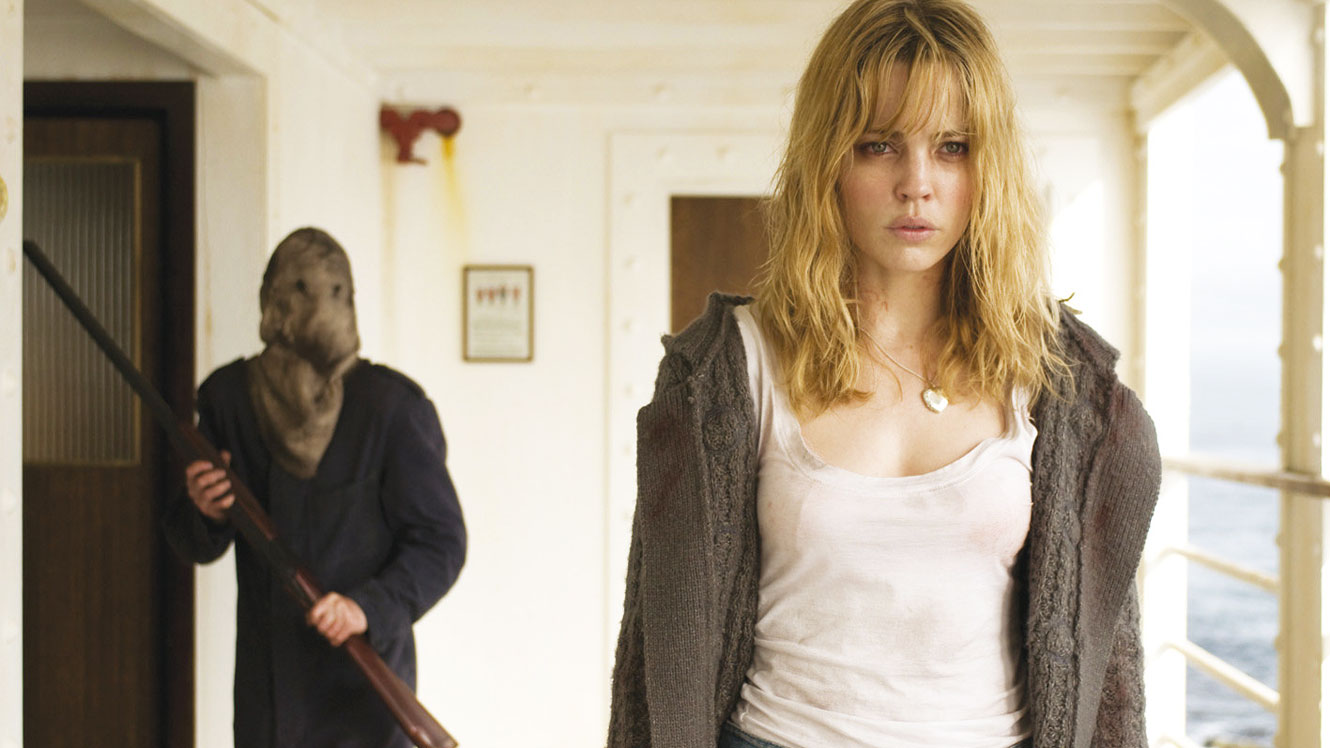 Best described as a slasher film which turns into a “Twilight Zone”/“Black Mirror” episode, “Triangle” proved that science-fiction can blend with horror pretty well when put in good hands.

The film starts with a pretty formulaic situation. Jess, a young woman, goes on a boat trip with a group of friends. Soon, it all turns into havoc as a violent ocean storm capsizes their boat. Fortunately, save comes in the form of an ocean liner which appears out of nowhere. The survivors embark it, but things are strange: the ocean liner seems to be deserted. And then appears a scary guy with a hooded face who starts shooting at our group of friends.

Up to this point, “Triangle” lets you believe that you are about to watch your usual average slasher film. Fortunately, this is not what “Triangle” turns out to be and – spoiler ahead – things get complicated pretty fast as it appears that the characters got stuck in some “Groundhog Day” kind of time loop and the killer is a past version of one of them.

“Triangle” has one of the most unexpected plot twists and its complex story will leave you head-scratching. While there are definitely some plot holes which might annoy those who like to nitpick things, Christopher Smith’s film is still to be praised for its clever reinvention of the slasher genre.

Guillermo Del Toro’s gothic-horror masterpiece was released 18 years ago and there is still no film quite like it. “The Devil’s Backbone”, which in many ways is a precursor to Del Toro’s more famous “Pan’s Labyrinth” – but still a pretty different film – is a ghost story set in a boys orphanage during the Spanish Civil War.

The film centers on Carlos, a 12-year-old boy who arrives at the Santa Lucia School after his father died in the war. Soon, Carlos finds out about Sarti, an orphan who died in unknown circumstances not long ago and who was the previous owner of his bed. After having some mysterious encounters with what he assumes to be the ghost of Sarti, Carlos starts to uncover dark secrets about the orphanage and the people running it.

“The Devil’s Backbone” seemingly simple main story is filled with many underlying themes and subplots which give the film much deeper meanings. Its war setting, complex characters, gloomy fairytale-like plot (where fairy is to be replaced with ghost), and dark imagery and atmosphere make it one of the most memorable films of this century and a must see for all gothic-horror fans.

Robert Eggers’s “The Witch” follows a Puritan family in the 1630’s New England which is unsettled by an unknown evil lurking in the dark woods surrounding their recluse farm. As their animals start to act strange, their crops fail and one of the children is seemingly possessed by an unseen entity, the paranoid family members accuse Tomasin, the teenager daughter, of being a witch.

The historical setting, complex themes of religion, fanaticism and female suppression, the unsettling, dreamlike atmosphere and the lack of horror clichés set “The Witch” apart from all the other horror films you’ve seen. There are no jumpscares or buckets of blood, yet this is still one of the most captivating and creepy horror films of this decade.

For those of you who haven’t yet seen Ari Aster’s masterful horror film, here’s a short synopsis: “When Ellen, the matriarch of the Graham family, passes away, her daughter’s family begins to unravel cryptic and increasingly terrifying secrets about their ancestry. The more they discover, the more they find themselves trying to outrun the sinister fate they seem to have inherited.”

“Hereditary” was not just a great horror, but also one of the most complex and emotionally-charged movies we got the chance to see in the last years. The film is dramatic to the point where it might make you cry and it features some of the greatest performances of last year – especially from Toni Collette, who is just spectacular and plays a character so disturbing that you will have a hard time thinking about something else for a long time after watching it.

“Hereditary” is the only film of the last years that really felt like it will have an impact on the future of horror movies. Lately, many films abused of jumpscares to get their audiences scared. “Hereditary” changed the game and settled for less ostentatious, but much more effective and clever scares that have to do with the overly-traumatic experiences that we see the characters going through.

This film will get under your skin and slowly fill you with a sense of dread and exhaustion and even now, more than a year after we saw “Hereditary” in theaters, we still can’t forget its terrifying moments.