What makes a muse? There are infinite contradictions and attractions, love and hate that inspire an artist from one living source. Muses can last a lifetime or just a short period of time. They can be strictly platonic or include real-life romances off the screen. Regardless, an artist such as a director and in this case, a man, can create some of their best work with their muse, a woman, in this case.

Sure there are plenty of male to male muses, say, Martin Scorsese and Robert De Niro, and female to female, say, Sofia Coppola and Kirsten Dunst, but looking back at the history of cinema, we get a lot of male to female relationships. And out of this, we receive short bursts of art and creativity or lifelong affairs that inspired artists to the end.

Here are ten of the greatest director muse relationships in film. 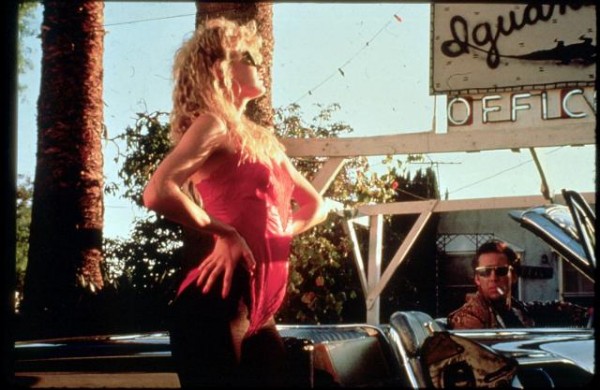 Definitely the most rock n’ roll of the muse and relationships on this list. Take Dern’s all-American high school good girl Sandy Williams in “Blue Velvet” to their next film together in “Wild at Heart.” Dern gave a kinetic, sexual energy to Lula, proving the range of the actress and the director at heart.

They continue to inspire one another as Dern recently appeared as the secretive Diane in “Twin Peaks: The Return.” We wonder what the tick between these two is, as it is clearly another platonic relationship. She inspires him and she does amazing work because of it. Even Dern states she doesn’t know what his films are about because he never explains it. Maybe that’s why it’s so successful; she gives over to his way of seeing the world and he directs her in his own way.

Regardless of what happens between the two as they both expressed their admiration for one another, we got iconic films and imagery filled with surrealism, dark humor, and pure David Lynch as we hope it continues.

Six films over 12 years between these two proved a beautiful collaboration. Ozu was strictly inspired by Hara’s work as the relationship was simply director and actress. Of course, speculations arose after Ozu died in 1963 and she never made a film again. However, it’s the films that we have and the secluded Hara and Ozu gave us a beautiful transcendental, observant depth of humanity in Japanese culture in their films together.

Most film lovers would call out “Tokyo Story” together but we see the specialness in “Late Spring.” For example, Ozu’s frequent crew was so shocked and surprised that Ozu was planning a dolly shot for when Hara rode a bike, going away from his traditional pillow shot. Yes, Ozu kept to the framing of that, but he dollied with Hara as she rode. Did Hara inspire Ozu to become energetic or experimental? Who knows, but after 22 years of filmmaking, Ozu found a light.

He would continually explore themes of generational divide, fathers marrying off their daughters, or daughters caring for their fathers though Hara. She was the simply one of the best to convey these fractured relationships and devotion to family. Despite few details on their personal lives, we have almost a father-and-daughter type of relationship behind the scenes that surely bled into the ones on screen.

Their lifelong marriage and collaboration stands throughout their films together. Despite some bumps along the way, they personally created masterpieces in film from “La Strada” to “Ginger and Fred.”

Masina mostly worked when her husband directed her and when she wasn’t acting, she was by his side in Rome and on all of his sets. Despite Fellini calling Masina his muse, she was always the heart and humanity in his films. Critics and feminists have called out that Masina was an artist in and of herself and was only elevated by Fellini. Regardless of what you believe, they brought out the best in one another.

From the praise of Chaplin to Scorsese, it was something they were able to communicate to the world like few others. Take the last scene in “Nights of Cabiria,” how a woman can go from the verge of a breakdown to a gentle smile while a carnival of performers float around her in the Roman streets, and seem so true, authentic, heartfelt, and moving. As film lovers, we don’t really need to know the ‘why’ because we see the ‘how’ and it still holds up.

After 50 years together, Fellini died in 1993. Masina, devastated as one can see from Fellini’s public funeral, died five months later. The two can never truly be apart.

Probably the most successful in the personal realm and having only grown in admiration as cinephile fans discover their artistic collaboration. These two artists worked on live television in the 1950s and even started a family before Cassavetes’ first film. However, in 1968 when “Faces” was released, this husband and wife team would soar to new independent and cinematic heights.

From “Faces” to “Love Streams,” Cassavetes explored the aspects of people trying to love one another despite loneliness, mental illness, artistry, and personal beliefs. What better way to do this than with your wife at your side? Half of the time with you in front of and behind the screen. It seems when the cameras rolled, it was no-holds-barred between the two – whether a slap across the face in “Minnie and Moskowitz” where the crew thought he actually hit her, to lovers on stage in “Opening Night.” Their love was real, messy, contradictory, and most importantly – honest.

The couple had three children together, all who went on to making films as well. They simply brought out the best in one another. However, one cannot mention American cinema, independent films, and love on screen without the names of Rowlands and Cassavetes.

Their first film together, “L’Avventura,” shaped the way for cinematic history. It launched both their personal and professional careers shortly after the release in Cannes. They presented a new way of narrative and visual storytelling where Antonioni started his Isolation and Loneliness in the Modern World Trilogy, so to speak.

Their personal love life lasted from 1960 to 1970, spanning four films, the trilogy, and his first color film, “Red Desert.” Did something about the complexion or hair of Vitti inspire Antonioni to make his first color film? To share with the world of how he was seeing things and his muse as well? It probably did, which allowed him to explore themes continued in his previous three films.

Though the relationship ended, the fact that they worked on “The Mystery of Oberwald” while they were both in different relationships proves how the director always needed the actress. They brought out the best in each other and we really don’t know why. They were immensely private despite being a powerful cinematic couple. Maybe that was for the best that we can only ponder, wonder, and gaze at their relationship to what was much like the five films they made together.