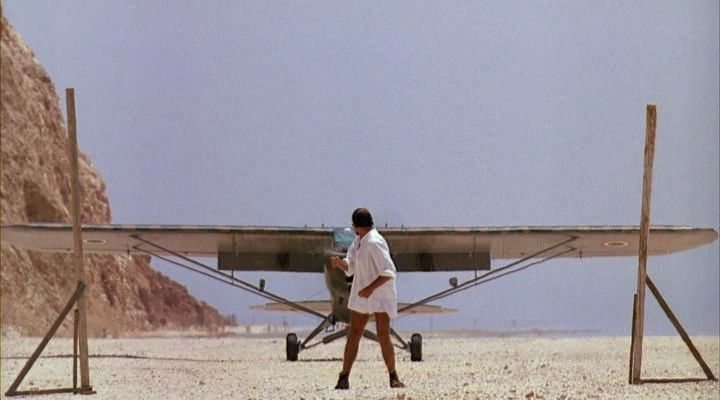 Sometimes its hard to second guess the rulings of the Academy. One such time came in 1991 when the foreign language film Oscar went to Italy’s entry that year, Mediterraneo.

This film, which had really flown under the radar up until its win, was a sweet natured little fable about a group of Italian soldiers, weary of the battles of World War II, who are stranded on a small Greek island and, instead of staunchly holding the line, make friends with the island inhabitants and all find peace.

It’s as sweet as it sounds and director Gabriele Salvatores, a decade into an ongoing career helped enormously by this film’s win, urged the crowd to live in peace in his acceptance speech. That’s so nice except for the fact that his was not even close to being the best film in the category.

That year’s nominee’s also included an interesting curio, Sweden’s The Ox, a rare directorial effort by the great cinematographer Sven Nykist (and filled with a cast list cribbed from the films of his usual boss, Ingmar Bergman). However, the most memorable entry was the one submitted by Hong Kong (now part of China and no longer eligible to submit individually).

This was film maker Zang Yimou’s pictorially and dramatically striking period film Raise the Red Lantern. The story initially looks to be set  during a long ago epoch in China but is actually set in the earlier part of the 20th Century, albeit in a wealthy household which looks to be insulating itself from the outside world by invoking the glow of the past.

Within this lavish household are the several wives and concubines of the home’s wealthy master. When he decides to bestow his favors on one of the women for the night a ceremonial red lantern is placed outside of the door of the woman’s apartment.

The women are hardly friendly towards one another in the best of times but the arrival of an educated young woman who can hold her own with the most competitive takes the rivalry to another level.

Though it sounds like a personal drama it is full of views of the decadence of times gone past and how those times affected the present. Especially pleasing are the film’s vibrant colors (China for many years housed the last plant processing the classic three strip Technicolor process) and the stunning sets and costumes.

Truly Raise the Red Lantern was a film with which to reckon. However, the Academy has very rarely been receptive to the idea of Asian films actually winning their award. Most of the few which had won have gone to Japan, even though Asian cinema has been widely held to have truly come into its own in recent decades. That such a fine lost is bad enough, but to lose to so lightweight an entry….

9. Belle Epoque (Farewell, My Concubine, The Scent of Green Papaya, The Wedding Banquet) – 1993 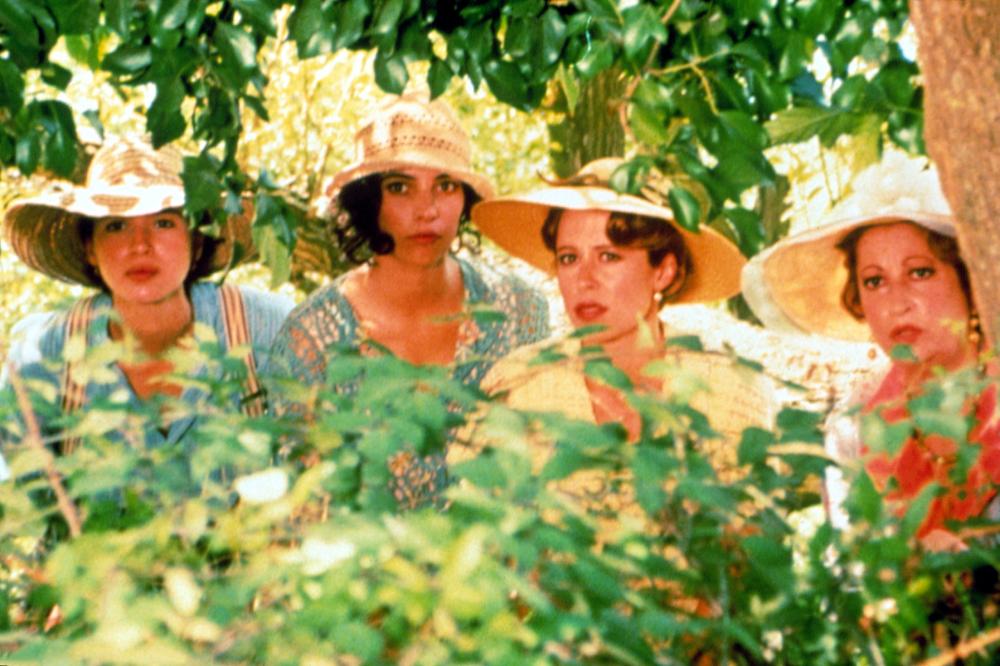 The more things change…. Two years after Mediterraneo beat out Raise the Red Lantern, another good natured but hardly earth-shaking European film beat out not one but, this time, THREE worthy Asian entries!

The winner in the foreign film category that year was Belle Epoque from Spanish film maker Fernando Trueba. It tells the story of a gentle young man running from the fighting in the days building up to the Spanish Civil War. He befriends and is befriended by a friendly old man and is taken to the man’s lovely country home, filled with four beautiful daughters, all of whom have love on their minds, as the young man has marriage on his.

Actually, the story even sounds somewhat like that of Mediterraneo, so perhaps the voters had some strange soft spot for this kind of thing. It must be noted that Trueba is quite acclaimed and has won many awards in Europe and this film is very pleasing. However, the Asian films were rather more interesting and pointed.

One film in the group which catches the eye is the entry from Taiwan, The Wedding Banquet, a tender comedy about a gay young man marrying for reasons which have very little to do with love (save love of family).

This was an early success for Ang Lee, who would go on to win the Oscar twice (to date) and helm a later winner in this category (2000’s big crossover hit Crouching Tiger, Hidden Dragon). The Wedding Banquet is unmistakably a Lee film, albeit in nascent form, but better still was yet to come from him.

The Scent of Green Papaya from film maker Tran Anh Hung was, to date, the first and only nominee from Vietnam and tells the story of a young servant girl navigating her way through Vietnamese society and finding her place.

Best of all, though was another entry from Hong Kong, this time courtesy of noted film maker Chen Kaige, Farewell My Concubine, a triangular love story set against the turmoil of China’s recent history and a most epic piece of film making (with a fine performance by Kaige’s famed star actress Gong Li).

Farewell was one of the most acclaimed films of its year, a Palme d’Or winner at Cannes, and still seen and commented on to this day. Sadly, it would not become one of only five Asian films to win in this category to date.  This time the loss was to a more worthy film but injustice was still done.

In 2009 the Academy once more set a high bar…for snubbing worthy nominees. The winner in the foreign film category that year had been a huge hit in its native Argentina and in Spanish speaking countries in South America and Europe and had received its share of praise and awards.

The Secret in their Eyes is a rather edgy mystery thriller about a now middle aged law clerk and the female judge he was secretly in love with (which she secretly returned) and their examination of a twenty-five year old unsolved rape-murder case which starts to yield some big surprises. The film is a good one but better ones were in the mix.

If the Academy wanted to  honor an unnerving  mystery thriller then the better choice would have been the German entry, The White Ribbon, a disturbingly elliptical thriller with a historical setting which subtly commented on how the undercurrents of that time and even in the small towns, such as the one pictured in the story, impacted later German history.

Also, quite importantly, it was the product of Austrian born film maker Michael Haneke, one of the current bright lights of international cinema. (He has certainly had a more noted career than Secret’s film maker, Juan Jose Campanella, who had a good career in Latin countries but wasn’t ever that well known outside of those countries.) Happily Haneke has since been honored (for 2012’s big all around hit Amour) and he surely isn’t finished yet.

However, as good as The White Ribbon was, there was an even more deserving nominee, the entry from France, A Prophet, a fine effort from Jacques Audiard. The film is ostensibly a prison drama concentrating on a petty criminal rising to the top of prison society largely by using his Algerian roots to ingratiate himself into the Muslim and ethic subcultures of the prison world.

Though a crime story it also makes a larger statement about the make-up of French society.  Being set in the modern era, it was even more edgy than The White Ribbon and a very telling effort. As  so many choices of the Academy, it wasn’t a case of a bad film being honored, just not the best one.