The Oscar nominations for best acting came with lots of happy surprises and lots of egregious snubs. Yet what remains is a lively and diverse list, spanning from utter brilliance to derivative caricature. In honour of their announcement, we have decided to rank them all, both male and female, supporting and lead, from best to worst.

This list will not only evaluate performances by themselves but how well they impact the overall effect of the movie. There can be wasted and smart performances in poor movies, just as there can be underwritten performances in otherwise great movies. Our ranking takes both things into account. Read our full ranking below and tell us what you think in the comments!

Freddie Mercury was one of the most dynamic and inspiring people that ever lived. A bisexual immigrant from Zanzibar who took an unknown band named Smile and helped them become the musical juggernaut known as Queen, he deserved a story that did his brilliance justice. Instead we got Bohemian Rhapsody, a queer-shaming mess that portrayed Mercury as a self-hating gay man.

The most common defence of the film — despite its egregious editing, CGI crowds, cheesy musical cues, shameless biopic clichés and misrepresentation of the truth — is that Rami Malek’s performance is the best thing about it. That’s not true.

The best thing about the film is the music, as this was the only thing Bryan Singer — accused by multiple people of being a pedophile — couldn’t physically ruin. Malek’s performance is Mercury as a drag act, a vapid caricature that does and says nothing good about the iconic singer. You’d be better off watching clips of the real Freddie on YouTube. 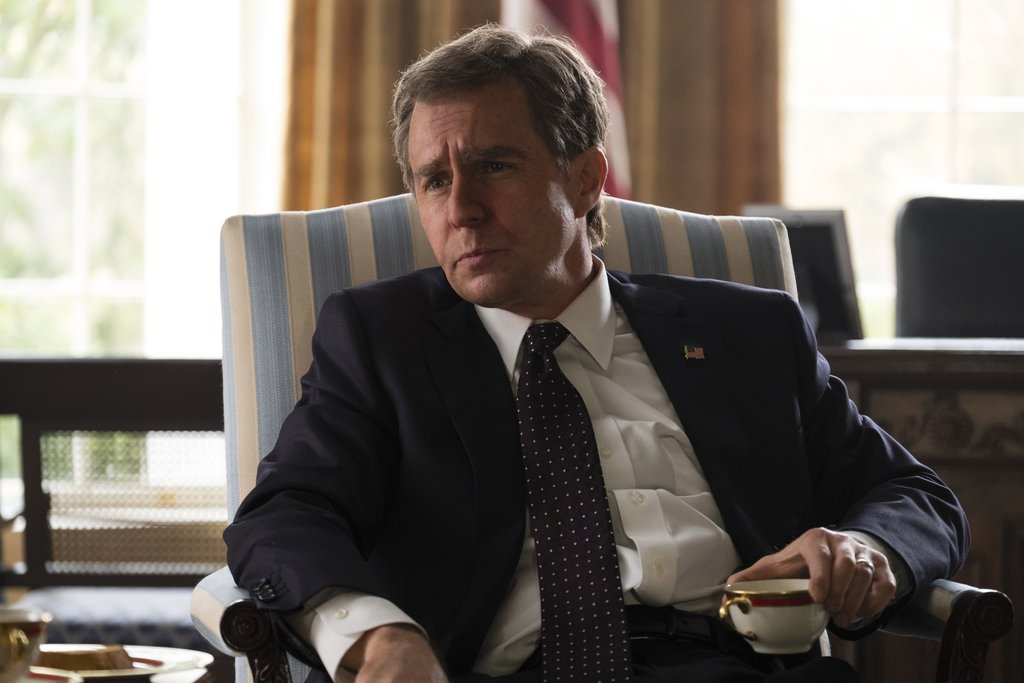 Sam Rockwell’s inclusion on this year’s Oscar ballot suggests he made some kind of deal with the devil. His performance of George Bush isn’t particularly bad. It’s just not really enough to be considered one of the most important performances of 2018.

Considering that he appears in about two or three scenes, the most important of which involves him eating chicken, depressingly edited alongside footage of Dick Cheney fishing, he has no business actually getting nominated for an Oscar.

Despite being the worst film of 2018, Vice is ostensibly about how Bush was a massive side-character to the Dick Cheney show. A nomination for Rockwell is a classic misrepresentation of the whole point of the film! 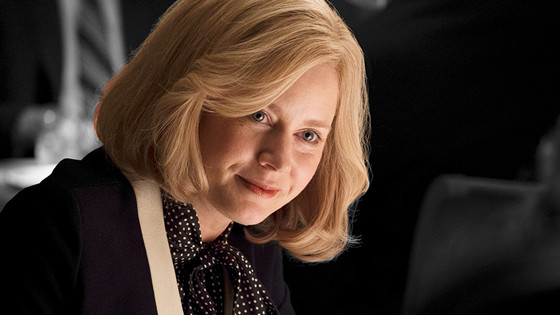 Amy Adams has been the bridesmaid too many times. With six nominations, she is more than overdue for an Oscar. But for the love of God, let’s hope she doesn’t get it for Vice. Her performance as Dick Cheney’s wife Lynne is hackneyed, cloying and overwrought, from the fake wig to the cringe-inducing Shakespearian dialogue. This isn’t entirely her fault.

Adam McKay has no idea how to direct this kind of serious material, and considering the poor editing, which doesn’t allow anyone to breathe, Adams’ brilliance is never really given a chance to shine through. With Joe Wright’s The Woman in the Window coming up this year, let’s hope Adams wins for something she actually deserves.

Adam Driver’s character in BlacKkKlansman, a Jewish cop who never had to experience the power of racism before, is a necessary way in for many white audience members. Racism in America hasn’t always just been anti-black. Even once safe people such as Italians and Irish were considered not to be ethnically pure, Driver’s performance allowing white people to better imagine the dangerous effects of racism.

Nonetheless, it doesn’t really stand up next to Driver’s best work. He can do subtlety well, but he’s more exciting when he goes crazy — for example, Kylo Ren in Star Wars or Adam Sackler in Girls. One day he will get a performance that really, really suits his crazy ability. His turn in BlacKkKlansman is just fine, but star John David Washington really should’ve been nominated ahead.

Mahershala Ali is possibly the most exciting actor of the moment. From his gorgeous turn in Moonlight to his current TV gig in True Detective, he has a wide and expressive palette of skills that draw the viewer in. In Green Book, he takes a problematic role — the perfect suffering gay black man in a nonetheless racist society — and manages to draw out a lot of nuance.

Sadly, he cannot quite survive the hamminess of the screenplay, some corny lines getting the better of his skills, forcing him to overact. Overall, its a good performance, but hardly the kind of thing that should be dominating the Best Supporting Actor category.

Christian Bale is a shapeshifter, able to lose or gain massive amounts of weight for a role. To play Dick Cheney he gained 40 pounds for the role. It’s an audacious and bold performance, uncannily replicating everything about the former Vice president.

The only real problem is: its in a terrible movie, a glorified lecture that feels more like a self-congratulatory Ted Talk than a genuine work of cinema. The full horrifying scope of what Dick Cheney achieved is not really imbued with any thematic weight. This epic misfire in direction gives Bale’s performance an SNL skit quality, just when it should really be making us think.

There is a certain charm to Mortensen’s cannibalisation of Italian-American mannerisms in Green Book. From eating an entire pizza like a sandwich to over-emphasising every word in the screenplay, his performance as Frank Anthony Vallelonga bursts with force and enthusiasm.

The conclusions he may come to regarding race and sexuality and self-knowledge may be a little pat, but Mortensen seems to really enjoy himself in the main role, making the viewer enjoy the admittedly old-fashioned film in the process. If the film itself was handled with a little more subtlety, this easily could’ve been higher up in the rankings. 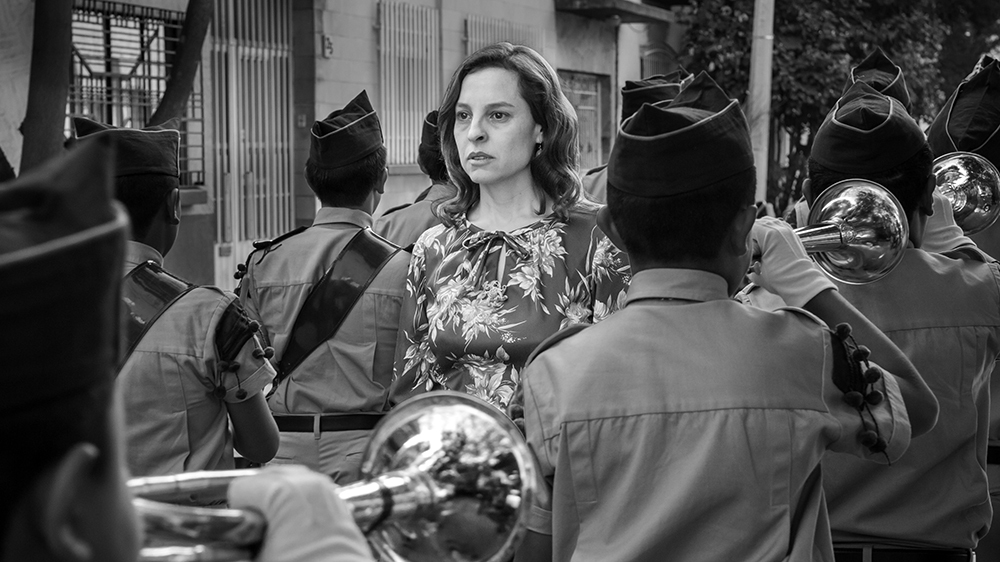 Roma is mostly the Yalitza Aparicio show, her subtle portrayal of a domestic servant in a well-off Mexican household, propelling her to fame. Yet Marina de Tavira, an established actress in Mexican film and television, provides her necessary counterpart as a mother whose life is falling apart. Her relationship with Cleo drives the film — showing just how familial these relationships can be.

For that reason she more than deserves her nomination, its unlikely inclusion (she’s not a big name who got nominated just because people like her, like Sam Rockwell) perhaps indicating that Roma can go all the way.

Regina King excels as the mother-in-law trying to do right by her daughter. Her desperate trip to Puerto Rico to get a woman to rescind her accusation is so poignantly done, it definitely deserves to be a part of the awards conversation.

11. Richard E. Grant (Best Supporting Actor, Can You Ever Forgive Me?) 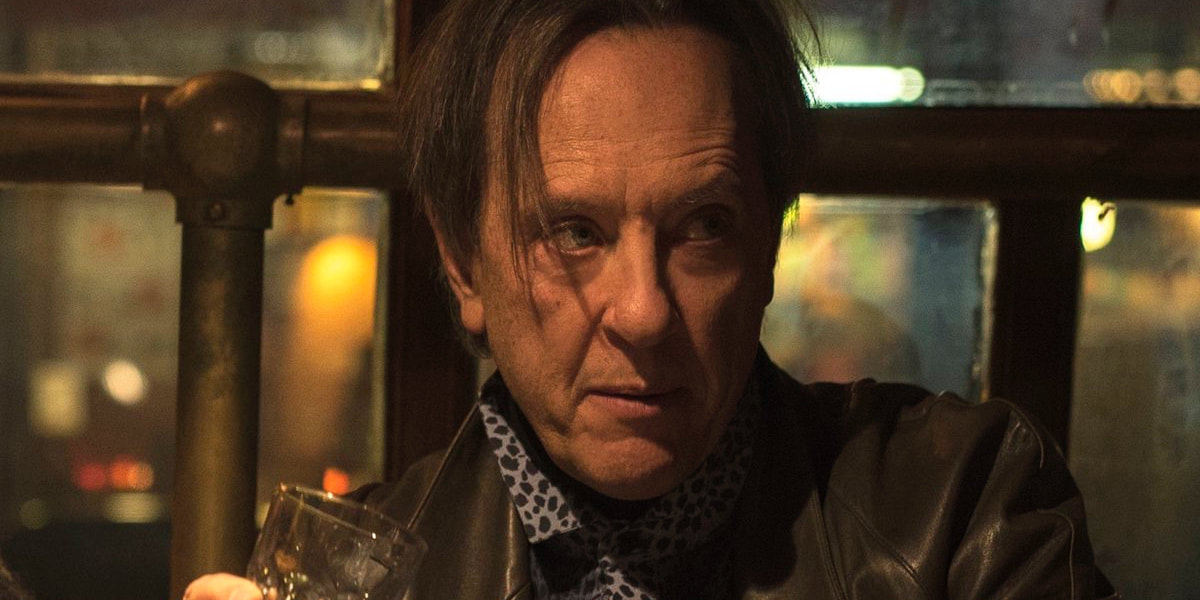 Richard E. Grant’s turn in Can You Ever Forgive Me? might be his most quintessential performance since Withnail and I. Playing a hard-drinking gay man who mostly makes all his money from selling cocaine, he hides deep reservoirs of sadness by playing the role of the fool.

It’s a loud yet nuanced performance, containing many different layers. Additionally, it is a classically weighted supporting role — adding lots of depth to the film without distracting from Melissa McCarthy’s fine central role.